Picture a footballer at the top of his game. The image is usually characterised by brain and body in perfect harmony – a player who understands his role perfectly, radiates self-assurance, and has the physical and technical attributes to control a match to his whim.

But what happens when that balance is weakened?

For physical injuries, footballers might visit all sorts of specialists from surgeons to physios on the road to recovery. But for mental strains that are harder to detect, and often overlooked in the frenetic world of professional sport, the very idea of asking for help can seem alien.

Thankfully, change is afoot. There is a growing understanding of how having good psychological health can benefit a player’s general welfare and, in turn, their performances on the pitch. Most clubs now employ psychologists to assist with problems players may be experiencing, whether a short-term loss of confidence or a long-standing issue.

“If you look at Premier League clubs and clubs in the Netherlands, I think almost every club has at least a connection with sports psychologists or even a programme for it,” she says.

“I think it’s normal for youth players now. You can see it also in the education of coaches, they’re paying more attention to sports psychology issues.”

That focus on an area that has historically been neglected can give teams an extra edge against opponents who are not as mentally well-prepared. And when the margin between success and failure is so fine, it can make all the difference.

“Sports psychology is just a small part of the whole performance. It’s like a puzzle and everybody in the sporting team and the staff are working together to complete the puzzle,” says Van de Wouw.

“One or two per cent can make the difference between winning and losing. If one team can deal with the pressure and the other can’t then yes, it’s easier to win.” 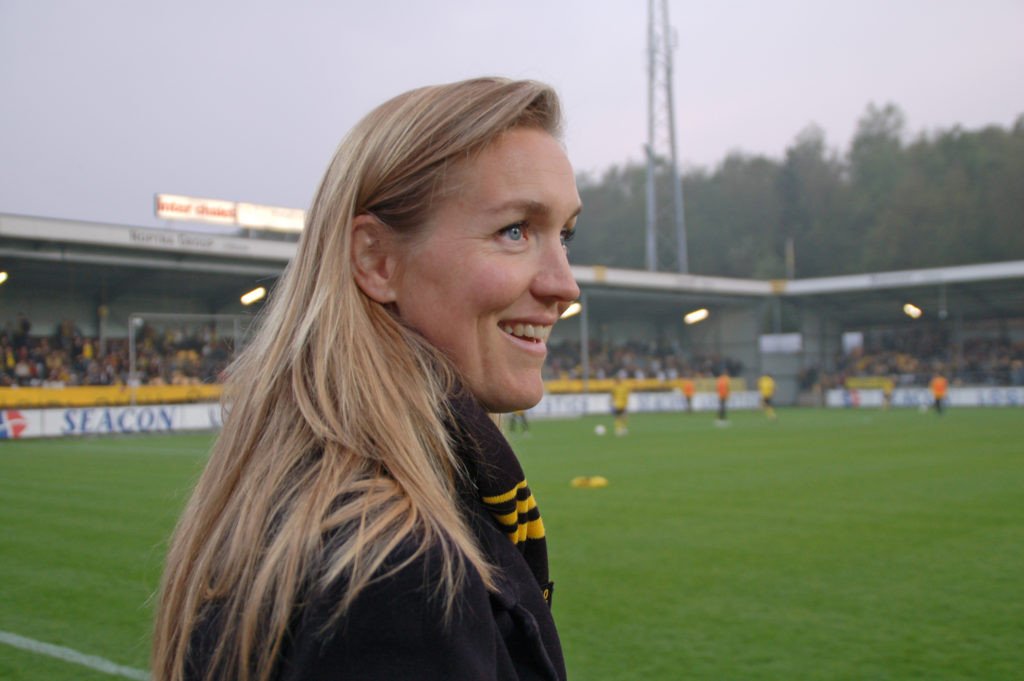 Despite the traditional misconception that physical and mental ability are two distinct fields, Van de Wouw emphasises that the two impact on each other continuously.

If a player has an injury, it is likely to affect his general happiness and outlook. Likewise, if he is experiencing certain mental pressures, that can manifest itself in a footballer’s ability to play their natural game.

“Lots of people say on the pitch you do the physical stuff and then off the pitch you can do the mental side, but I don’t think they can be separated,” she continues.

“I had a player who I saw playing during a game. It was his first game as he had just joined the team, so he was excited – actually he was very anxious. I could see him playing from a distance and I could see that he was doing his shoelaces. He did them once, then he did them twice, then for a third time, and then a fourth time. You could see he was catching his breath as he was tying them.

“The first thing you think is if he’s out of breath he must have poor fitness. So I asked the fitness coach next to me and he said that the player was the second fittest in the whole team. How was it possible that he’s out of breath? Then I looked more thoroughly and I could see that he had very high breathing – he was breathing with his thorax instead of his abdomen.

“Afterwards I asked him what happened regarding his breathing. He said he didn’t notice and he wasn’t aware of it, but we talked further and it turned out that he was struggling with the pressure. In the changing rooms he was thinking ‘I have to impress here, this is my chance to show that I’m worth it’, so he put himself under pressure because he had these thoughts in his head that made his body anxious.

“So you can’t really separate mind from body because there was something going on in his body – everybody could see that – but it actually started in his brain and in his way of thinking.”

Afke was able to work with the player to help him overcome the stress of putting himself under too much pressure.

“We also we worked on his thoughts. I asked him what he was thinking and whether these thoughts were helping him or whether he was just putting too much pressure on himself. We worked on several things and finally he was more relaxed.

“He had a better overview on the pitch as well. He was really looking for his moments to get into the game instead of just walking around all the time. His football became better, he wasn’t out of breath as much, and he didn’t feel as much pressure.”

For this particular player the positive results of short-term psychological assistance were clear. But for other seasoned professionals, the idea of asking for help can still hold a stigma.

Van de Wouw has noticed that the older generations are perhaps not as open-minded when it comes to trying new techniques.

“It is usually if they are getting older and they are in their thirties – those are the athletes that are less likely to talk to me. Of course, if you have athletes like that you can’t force them.”

The encouraging news is that younger players are now growing up with the knowledge that help is available if they require it. In 2017 footballers are cared for as people as well as professional athletes, with clubs having a greater understanding of the support they can provide.

Thanks to the impact of sports psychology, that image of a player at the top of their game – brain and body in perfect harmony – is one all footballers can strive for.

Iain Fenton is a journalist for http://www.esportsonly.com