Back in February, Altrincham’s goalkeeping coach, Ian Senior, had a problem. The club were rock bottom of the National League North, destined for a second consecutive relegation, and their number one, Tim Deasy, was ruled out for a month through injury.

Senior needed a brick wall to stop the onslaught of goals the Robins were conceding. And, after Deasy reached out to an old pal from his days at Barrow A.F.C., he may have landed the closest thing possible.

Stuart Tomlinson is a former WWE wrestler and professional keeper, whose personal best bench-press is 190kg. In 2013, after a season in League Two with Burton Albion, Tomlinson decided to pursue a new career venture. He signed a contract with WWE, making appearances all over the United States under the ring name Hugo Knox.

“I was playing for Burton Albion when I heard of the interest from WWE,” Tomlinson recalls. “There were some try-outs at the O2 Arena  when they were filming Raw. I obviously met the right people there and made a good impression. I got offered a contract and flew out to America.” 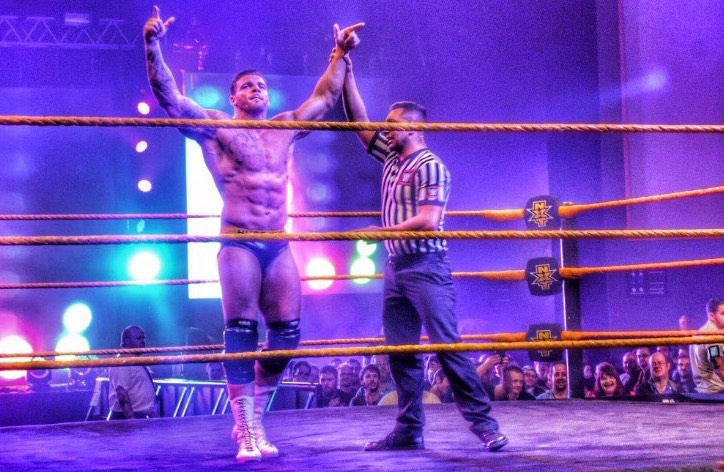 It was an eye-opening experience for the then 27-year-old, who started his goalkeeping career at Crewe Alexandra, before moving on to Barrow, Port Vale and then Burton.

“The top end of wrestling is life-changing money. What I was going to get was obviously more attractive than what I was getting in League Two at Burton,” Tomlinson explains.

“The WWE isn’t easy, so hats off to all the lads that have been doing it for years and years. People that make it to the top thoroughly deserve it because they are putting their bodies on the line constantly.”

As a new wrestler on the circuit, it was a challenging change of scenery for Tomlinson. During his time playing professional football, he had travelled the length and breadth of the country for away matches, but suddenly he was clocking up more miles than he had ever imagined.

“There’s a lot of travelling and moving around that comes with it. If you’ve got a family out there, or if you’re trying to get married, there’s no life for you, really, because you’re just on the road all the time.

“For the three years I was there, I must be have been to most of the states in America. When you’re travelling all the time, from city to city – well, it’s not like the UK, going from London to Manchester; you’re going miles, from New York to Chicago, or even Miami.

“It all sounds really fun, but being frequently stuck in an airport or hotel isn’t all that.” 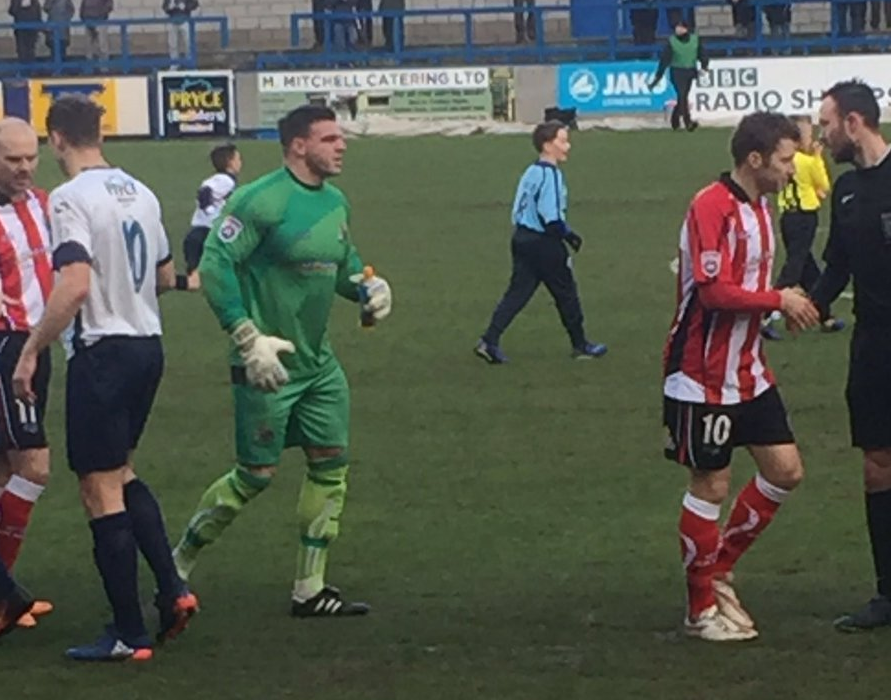 Tomlinson was already a strong build during his WWE audition, but bulked up even more once he was awarded a contract. However, since returning to football with Altrincham in March, following a four-year hiatus, he has traded some of his physical presence for goalkeeping agility.

“When I was younger, I suffered an ACL injury, and so I got told I needed to bulk up a bit. I started hitting the weights, and just really got into working out. I like to keep in shape and I’ve now done about eight covers of Men’s Health internationally off the back of that.

“I think during my time at wrestling, I weighed about 246 lbs, which is just short of 18 stone. But when I came back, I thought that there was no need to be that kind of weight. Right now, I am about 17 stone playing in goal for Altrincham.”

While he enjoyed being a wrestler in WWE, Tomlinson is happy to be back in football, despite Altrincham’s relegation from the National League North. He admits there are some similarities between wrestling and goalkeeping, although he won’t be trying any of his trademark moves on the pitch. 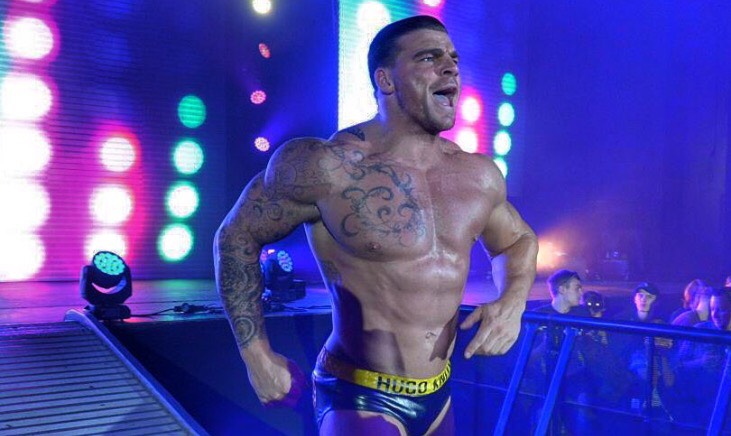 “Wrestling was a great experience,” he adds. “I left in the end because I got a neck injury. They wanted me to have surgery, which I wasn’t prepared to do, so I told them I wanted some time off. I’d been home for about six months, then spoke to some people regarding football.

“A lot of clubs wanted me to train with them until the rest of the season. I had calls from League and Conference clubs, but I didn’t think that was really worth my time. Ideally I want to be playing football every week. You can’t beat playing matches on Saturdays. So when the opportunity came through to play with Altrincham, I was like ‘Yeah, why not?’

“Life in football helped me in wrestling, yet they are two very different sports. People always say that goalkeepers are mad, and that wrestlers are mad as well, so I guess that’s why I fit so well with the both of them.”