First it was Kaylen Hinds at Wolfsburg. Ryan Kent was next at Freiburg, before Jadon Sancho and Reece Oxford followed at Borussia Dortmund and Borussia Mönchengladbach respectively. Number five was Ademola Lookman, who scored in his first game for RB Leipzig against Oxford’s Gladbach.

Mandela Egbo, Oxford’s team-mate at Gladbach, recently became the sixth Englishman to make his Bundesliga debut this season, although he had to wait longer for his first-team bow in Germany than all of his compatriots.

“Shall we go over to the bench?” says Egbo when The Set Pieces visits him at Borussia-Park. “I know it pretty well.” 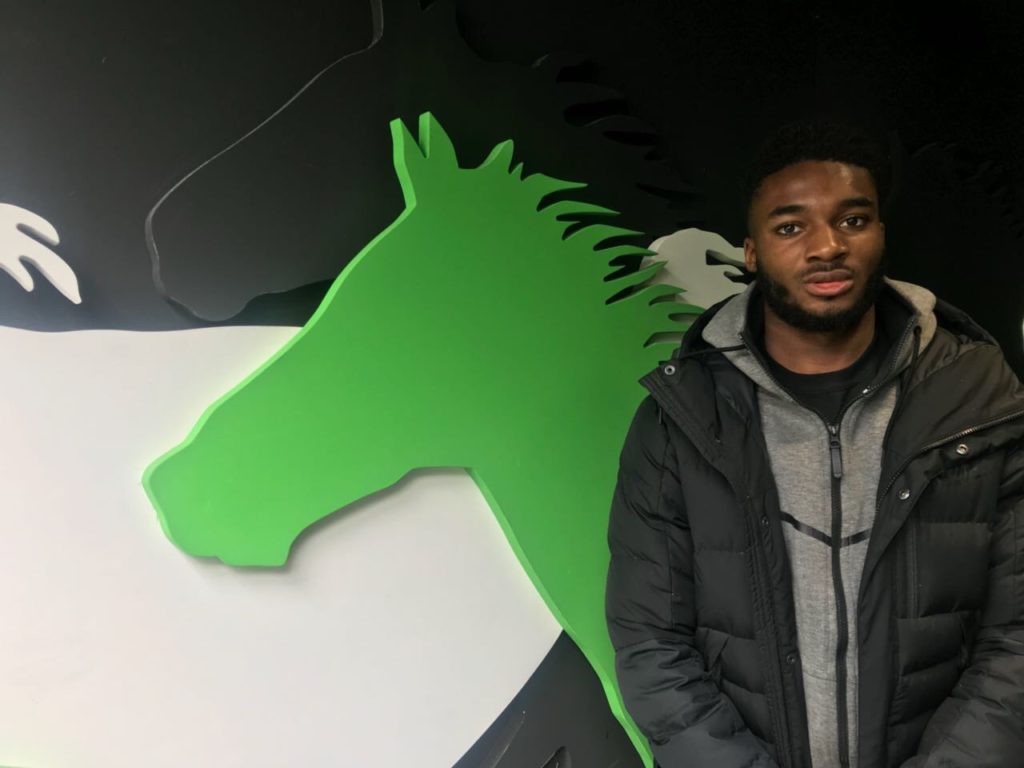 That comment reflects the light-hearted nature of a conversation which mixes excitement over his Bundesliga debut with a mischievous streak when discussing Oxford’s grasp of English.

The mood becomes more serious when talk turns to Egbo’s journey to the Borussia first team, though. On the face of it, his rise since joining Gladbach from Crystal Palace in 2015 looks fairly linear, save for a few injury problems. But as Egbo explains, it wasn’t quite as simple as it sounds.

“There were times I was dropped,” he explains when discussing his time with the club’s second team in the fourth tier of the German pyramid. “It wasn’t for any reason other than I wasn’t playing as well as I should be playing.

“I hadn’t really experienced that in the Under-21s at Palace. I started to think: ‘Hold on a second, I’ve played at this stage for Palace already. I’m coming in to my second, third and fourth years playing second-team football. When is there going to be a change?’ There’s not going to be a change if you’re not progressing as a footballer. It’s not just going to come because the amount of time. You’ve got to warrant that move up.”

Even though he enjoyed helping his family away from the pitch, the defender also found it difficult returning to his flat in Mönchengladbach.

“It was just like…” he starts before trailing off. He pauses, trying to find the right words to describe what he felt before continuing: “Fuck, I didn’t play today. I’m here to play football. ‘Why am I not playing?’ That’s literally all I’m here [for]. I came out here to play football and when you’re not playing, it seems at times like: ‘What’s really going on? What’s happening?'”

That process helped Egbo grow up, with a turning point coming in Marbella around a year and a half ago. It wasn’t a “party holiday” as the 20-year-old points out, but a winter training camp where everything clicked for the youngster. He began to train and play better, as well as “coming to understand the German mindset” of “every little thing not being as little as you think it is.” 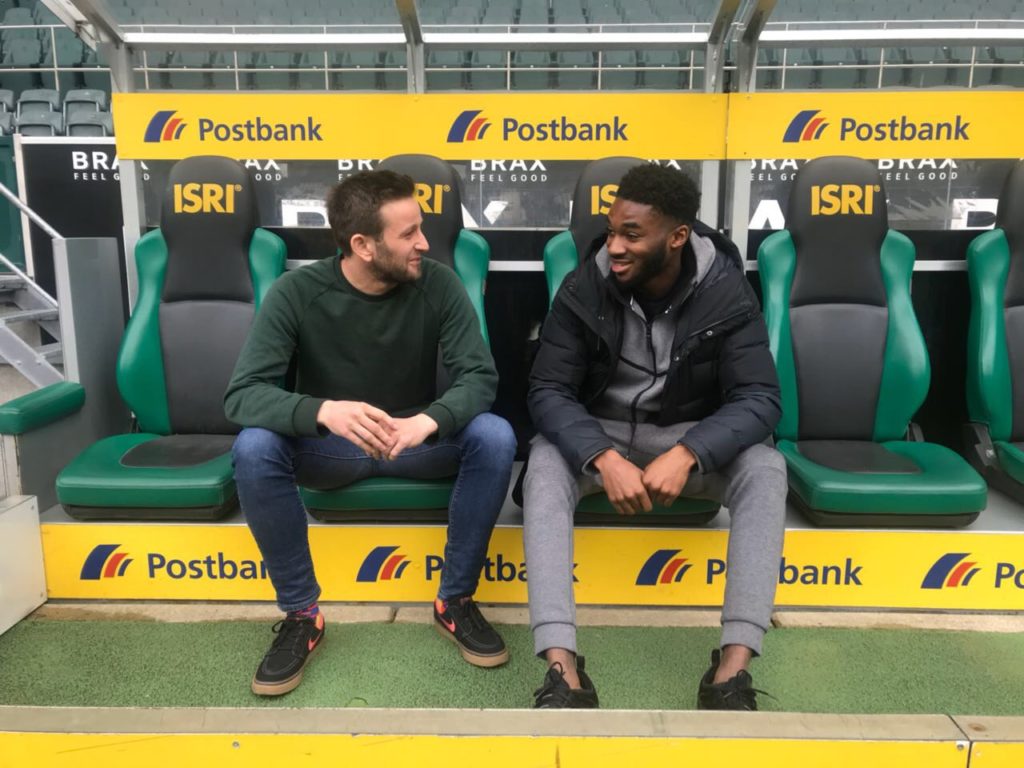 “There are no days where you can have a 50% training [session]. Like every day, you’ve got to come in and give a hundred. I think maybe if you’re honest with yourself, you think: ‘OK, I was giving 100% but was I really? Maybe I was giving 85 here and 90 there.’ I was never a bad trainer but when you start to put in 100% the day before, the night before training, you’re doing the right thing so that you’re able to give 100% in the training session.”

His breakthrough on the pitch came at the start of this season when Egbo shone for the first team in a friendly against Duisburg, scoring one goal and setting up another. He’d already trained with the senior squad prior to that, but head coach Dieter Hecking involved him more thereafter.

Knee and ankle problems checked his progress, but injuries suffered by first-team regulars then aided his rise up the pecking order. In January, Egbo was rewarded with a place on the bench for the first time as Gladbach travelled to Eintracht Frankfurt in the Bundesliga. The next step came at Hannover in February: with Gladbach a goal up, Hecking brought him on for his first-team debut in the final 10 minutes.

Egbo remembers warming up with the club’s athletic coach Markus Müller and the other substitutes. It’s usually Müller’s job to look over to the bench to see if anyone is coming on, but the ex-Palace man didn’t need to be told.

Egbo turned in an accomplished cameo, barring one loose touch in his own box. It didn’t matter, though, with Gladbach holding on for a 1-0 win.

“You didn’t have to bring that up!” he jokes. “I’m taking that as a shot at me. That’s personal! That touch was … ‘Should I just kick it or should I just do what I would do and try to bring it down?’ I’ve brought the ball down out of the air a million times before and this time was one of the times that it bounced off my foot.” 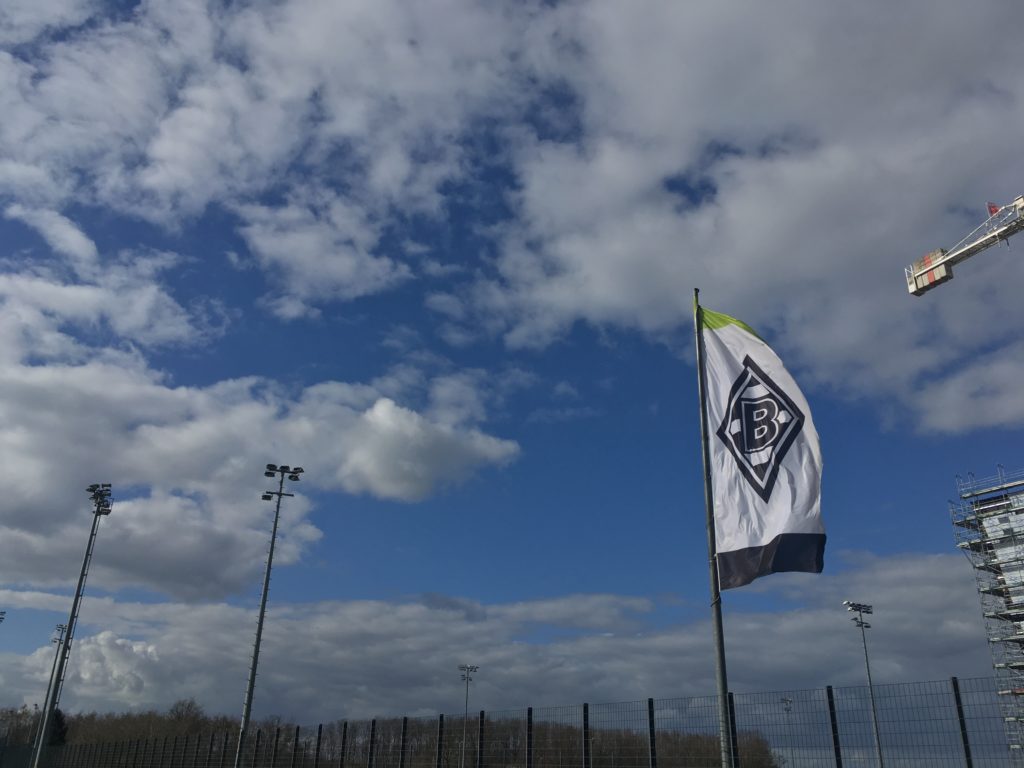 Having experienced the game in both countries, Egbo is ideally positioned to compare the German game with its English counterpart.

“Even between myself and the German players, I think there’s a difference in technical ability. I think that they all know exactly where their touches are going and it just looks clean on the ball. A 100% and mine sometimes isn’t.”

Egbo also insists the Bundesliga is a league where anybody can beat anybody. The Set Pieces puts it to him that naysayers would suggest it’s a case of anything but, with Bayern having just wrapped up up their sixth straight title. Yet Egbo is adamant.

“I would say that’s ignorance. To slag off any league would just be ignorant because you clearly don’t know what that league brings. We beat Bayern and we’re not the only team this season to beat Bayern. Of course they’re a step ahead because they’ve won it six times [in a row].

“I think it’s fair to say they’re a step ahead of most teams but on your day, we have shown you can beat Bayern. We played better than them on the day and with a little bit of luck anyone can do the same. To those people [naysayers], watch maybe one or two games instead of just going off the table because anybody can beat anybody.”

Egbo himself is still waiting for his second appearance in the first team, with more established regulars having regained full fitness. He’s now back playing for the second team, but he was in the stands to watch Gladbach – who gave a substitute appearance to friend and countryman Oxford – beat Freiburg 3-1 on Saturday.

Oxford may have enjoyed more game time this season, but both he and Egbo have spent plenty of time together away from the field. The duo were recently approached by supporters during a meal out, with Egbo forced to take up the role of translator.

“Reece, good luck on Saturday – nothing to be stressed about,” responded a smiling Egbo.

Gladbach’s press team confirm the 20-year-old’s German is very good. There’s proof of that too, with an in-house podcast released last month featuring Egbo musing in German about the importance of recycling. The London-born youngster still delves into Mönchengladbach’s English shop for a few home comforts, with particular emphasis placed on chocolate digestives. “They make me want to sign a new deal out here!” Egbo laughs.

The defender likes to take things slowly away from the pitch – he routinely hits the snooze button a few times in the morning, before listening to a bit of Alicia Keys and India Arie. The clock is also ticking on his contract, with just over a year left on Egbo’s current deal – not that he’s concerned.

“That sort of stuff sorts itself out when you’re on the pitch, showing what you can do,” he says matter-of-factly.

For Gladbach, this has been a below-par season despite the fact a top-half finish is guaranteed. Egbo will just hope for more first-team opportunities next term.