Jon Hare was one of the two founder members of Sensible Software, the company behind classic computer games like Mega Lo Mania, Wizball and Cannon Fodder. But their most famous game was Sensible Soccer, the first version of which was released 23 years ago. We caught up with him to reminisce about tiny sprites, one-button football and a few controversies along the way.

The last time I played it was in a Sensible Soccer World Cup in Berlin not too long ago. There were people from all over the world, all different countries, all wearing replica shirts. I was invited to play in one of the groups and I have to say, I lost every single game. I was on a PC, and I prefer playing on an Amiga, but I lost every single game. I used to think I was pretty good, but obviously my best days are behind me.

What was it about Sensible Soccer that worked so well?

The perspective and the size helped. Basically, we took the little men from Mega Lo Mania and we put them in football kits. Then we scaled the pitch for the little men and, by fluke, we realised that the perspective worked. We’d made it so that you could see so much of the pitch. As a footballer, you need to see as much of the pitch as possible, so that you know the range of passes available to you. So Sensible Soccer had a huge advantage over games like Kick Off. I liked Kick Off, but I was always playing the ball to areas of the pitch I couldn’t see. I couldn’t tell where it was going to end up. So we built everything around the idea of thinking like a footballer. You can see people closing you down, you can make short passes or long passes. The speed of decision-making in Sensible Soccer was roughly the same as the real game, so it was intuitive. It felt like real football.

But what also came across, I think, was that everyone who made the game loved football. We had all the clubs, all the nations, we realised that people might want to make their own teams up with their friends in, so we made it easy to edit. We even spent time making silly teams with names like kebab shop items or Essex girls, that sort of thing.

We were the first game to have black players. Can you believe that? No-one had ever done that before. I remember paying the game in development. I was Liverpool and John Barnes was white. It was, like, come on! That didn’t work. To me, a football fan, that wasn’t right. 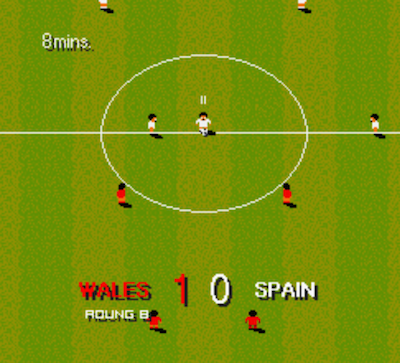 How was it possible to get so much playability out of one button when the new games have such huge, complicated combinations of controls?

When you pick up an object or sign your name or punch someone in the face, you’re using one hand, right? The way we think is with one button movements. That’s what we use, that’s how our brains are geared to think. In football, all you can do is kick the ball. So we had one button to kick the ball. You could hold it down for a big kick, you could tap it for a quick kick, you could pull the stick for direction. It didn’t need to be any more complicated than that. As we’re seeing with the very best mobile games now, simplification is the key.

Do you play the FIFA games?

FIFA and ProEvo have been brilliant games. I actually hated FIFA for a while because it stole our crown, but for the last few years, particularly when you play as one single player, it’s actually a brilliant game. The weakness with FIFA is that the passing is just not fast enough. Pro Evo from time to time has been the better game. But there’s a barrier to entry for both games with the controls because they’re so complex. It’s ok for people familiar with the genre, but it makes it hard for new people.

Is there any way of remaking Sensible Soccer for a new platform. No upgrades, no new ideas, just exactly the same game?

The way we construct it, playability wise, it could be similar to Sensible Soccer. The biggest problem is football licences. It’s massively expensive to have real player names and real team names. You’ve got to get it right. Games like Football Manager and FIFA deal with that in different ways, but if you’re going to take FIFA or Pro Evo on, you’ve got to look at licences. My gut feeling is that you make a game that doesn’t keep with those, that offers some kind of alternative.

But, to be honest, for me, a remake is like rewinding 20 years. I make new stuff. I specialise in inventing new ways of making games. I’m really not that interested in remakes. Why is that interesting to me as an artist? It’s interesting to me financially, as a businessperson, don’t get me wrong. I make games. We made Microprose Soccer and it was the best football game on the C64. We made Sensible Soccer and it was the best football game on the ST and the Amiga. I know that for a fact. We were the best. I want to do that again, for now. But it won’t be called Microprose Soccer or Sensible Soccer or FIFA or ProEvo. It will be something different, that embodies the spirit of something. That’s what interests me. 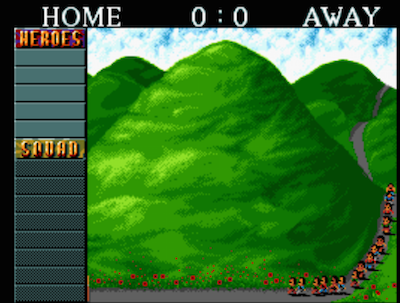 The 90s were a golden age for Sensible Software, weren’t they? After Sensible Soccer, came Cannon Fodder. But it was a controversial game, wasn’t it?

Cannon Fodder was designed as a fun game, it turned into an anti-war game. One of the best anti-war games ever. But it was meant to be a fun game. But in development, it changed. When we gradually went through features like naming the troops, giving them graves when they died, counting their bodies, we had this realisation of what war was. We didn’t do it on purpose, but we felt it was going that way and we ran with it. It became quite a powerful anti-war game.

We realised that we were getting this message across, that people really die in wars. The game was called ‘Lemmings With Weapons’ in our office for ages, it only got called ‘Cannon Fodder’ when we realised the implications of people dying. Then we decided to put a poppy on the cover and we released it on Remembrance Day in 1993. We thought that was appropriate. And then we got a shit load of problems because the Royal British Legion came up and said, “You can’t use our poppy, we own that, that’s our copyright.”

And then they went to the Daily Star who said that Cannon Fodder was insulting the war dead. I don’t believe that anyone who said that could have actually played the game. They just had knee jerk assumptions on what the game was about. The British Legion then came back to us and said, we want you to remove the poppy and we want you to pay £500 for infringing our copyright. So we paid them the money. I always used to buy poppies. I’ve never bought a fucking poppy since that day. I do immensely respect the people who fought for our country, I don’t respect the Royal British Legion because they tried to sue us.

If you could pick one Sensible Soccer game to preserve, to update, to release on all formats, which would it be?

I think it would be Sensible World of Soccer. SWOS was the pinnacle of what we did. SWOS had the best accolade we ever had. In 2006, Stamford University put together a list of the 10 most influential games of all time and SWOS was the only European game in the list, the only sports game, and it was the youngest game too. So, yes, it was a classic, ground breaking game. I think we took a very real football world and we brought it to the game. No-one had ever given that much depth. We had three division of real teams in El Salvador, all with accurate stats!

SWOS reaches out to the world, if you updated that and you didn’t get FIFA Pro on your back, then SWOS would be the game. But I’m proud of all of them. Sensible Software games were no.1 for a total of 52 weeks in a three year period. That’s how successful we were. When you hit a peak like that, it’s very hard to replicate it. We’ve been very lucky to have had that.

You can follow Jon Hare on Twitter (@jonhare) and pile pressure on him to make a new football game.