Jesus Navas had been away for four years. After returning to Seville, he was walking down the street, reacquainting himself with his home town. Suddenly, two men snuck up on him from behind, threw a sack over his head and bundled him into the boot of a waiting BMW. From there he was driven to the Ramon Sanchez Pizjuan Stadium, then thrust out of the car, blinking into the Andalusian sun.

But wait! This wasn’t a crime captured with some curiously good cinematography, but Sevilla’s contribution to the great summer of social media banter, their take on the creative transfer announcement that everyone seemed to have a crack at. Quite why they chose to announce Navas’s return by acting out a harrowing crime is a little unclear, but it was certainly memorable.

Here’s a peek behind the curtain, the secrets of the viral video world revealed: it wasn’t actually Navas stuffed into that car. They used a double. “I didn’t do that bit,” he says. “I only did the bit in the stadium.” Illusions shattered, our faith in the honesty of social media content destroyed. 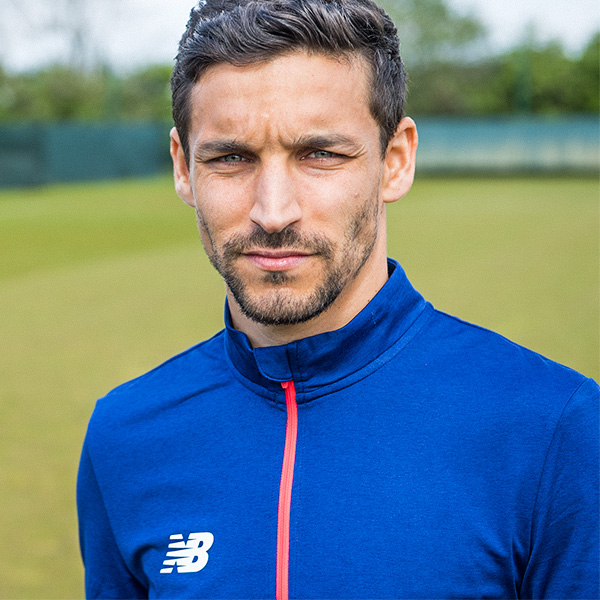 Still, what the video did represent is the fact Navas is home. He could have stayed at Manchester City: even though his contract expired at the end of last season, a new one was offered, but with the caveat that he probably wouldn’t play that often. Last season Pep Guardiola had used him partly as a back-up winger, partly as an auxiliary right-back; with the myriad attacking talent in the City squad and arrival of Kyle Walker, Navas would have been a bit-part player at best.

So he went back to Sevilla, his boyhood club for whom he made his debut a couple of days after his 18th birthday, and for whom he played nearly 400 times before moving to City. Of course, spending four seasons at one of the biggest clubs in Europe is more than a stepping stone, particularly as he won a league title and two League Cups at the Etihad, but you get the sense from talking to Navas that it was as much a means as an end.

For a start, spending that much time in the Premier League will sharpen you up. “More than anything it was strength, and how to prepare, because the players there are so strong,” he says, when asked about what he learned about the game in England. “But also anticipation: the speed and rhythm of the game, you have to anticipate what’s going on.”

Spending a season being coached by Pep Guardiola won’t hurt, either. “In that one year I was with him, we all learned a tremendous amount. His understanding of the game. He always wanted us to have the ball. He’s a great manager.”

But there was perhaps something even more important and personal. Four years in a foreign country will test anyone’s resolve, but for Navas it seemed to represent something else. His struggles with anxiety and homesickness early in his career have been well documented, the winger suffering to the point that he left training camps with the national team because they were too far from Seville.

He sought help and got over it, but the four years in England provided proof that he really was on top of his problems. “There wasn’t really a particular moment,” he says, when asked if he could pinpoint a specific time he knew he was OK.

“It was just a period really. It’s very personal. I never really spoke to anyone in the game about it. It goes back to the fact I was in Manchester for four years, and playing in a league I wanted to. I was with my family, so this is really in the past now.”

Navas was something of a curiosity at City. He made 183 appearances but was rarely first choice, and he frequently looked ineffective, his lightning pace getting him into threatening positions only for Navas to hammer a cross into the shins of the opposition full-back. Famously, he last managed a league goal in January 2014, and didn’t register an assist in his final season in England.

Yet two managers consistently picked him, and while the likes of Aleksandar Kolarov, Gael Clichy and Kelechi Iheanacho couldn’t be shoved out of the door quick enough, Guardiola wanted to keep Navas around. The value of a doughty, dependable squad player who can play in different positions and is capable of closely following instructions cannot be underestimated.

His return to Sevilla hasn’t been entirely smooth. A turbulent half-season saw coach Eduardo Berizzo unable to fill Jorge Sampaoli’s shoes, be diagnosed with cancer and then sacked when results went south. Vincenzo Montella arrived as his replacement at the end of December; there has been an upturn in results since then but things have been far from perfect, as a 5-3 home defeat by Real Betis in the derby and a 5-1 shellacking at Eibar demonstrate.

Still, Sevilla are in the Copa del Rey final and distraction arrives this week in the shape of the Champions League and Manchester United. Navas, despite playing in Manchester, can’t offer much in the way of constructive advice because he encountered United only in derbies, an experience not exactly applicable to anything beyond it.

But he’s still optimistic. “Our confidence is definitely high, because we’re in the Copa del Rey final, and we’re in the last 16 of the Champions League. We just have to maintain our focus in these games. These games can be decided in a second.”