At 17:00 local time next Friday, the world’s eyes will be fixed on the Central Stadium in Yekaterinburg, the most easterly of all 11 host cities at this summer’s World Cup. Uruguay and Egypt are set to go head-to-head in a vital game which could decide who tops Group A.

The tournament will have kicked off the night before, but Russia vs Saudi Arabia isn’t really an encounter to set the pulses raising, so mouths will be watering at the prospect of finally seeing some of the planet’s finest players in action.

But despite being billed as the easiest of the eight groups at the competition, Uruguay attacking midfielder Giorgian De Arrascaeta insists he and his team-mates won’t be taking any of their opponents lightly. 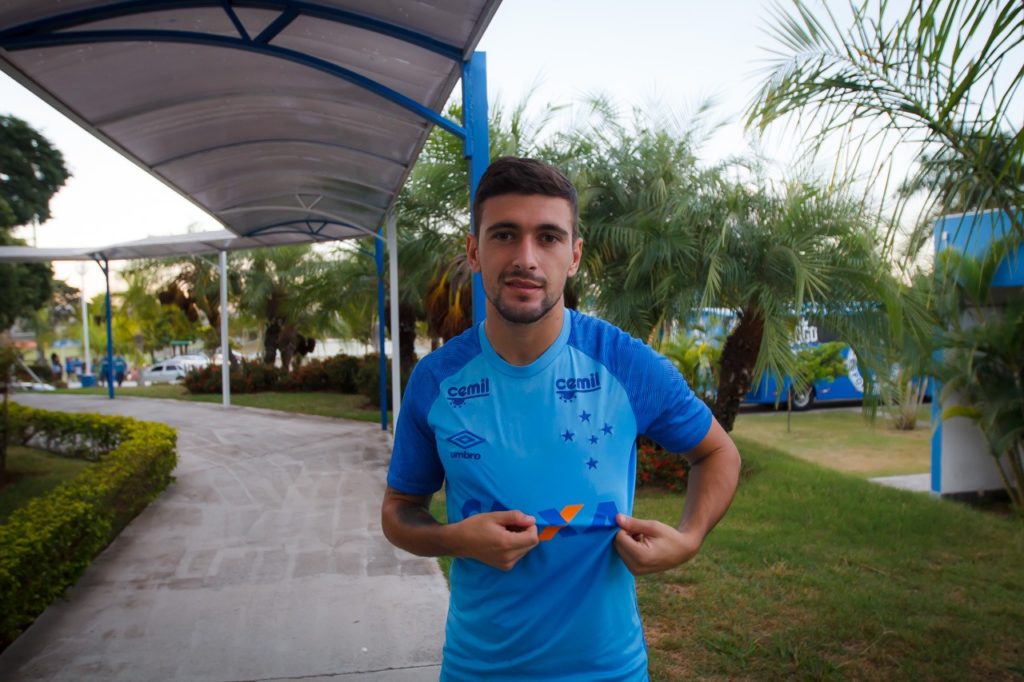 “Only the best go to the World Cup. We know that our group has rivals like Saudi Arabia, Egypt and Russia, but they have players who are playing at the highest level. You just have to look at [Mohamed] Salah, one of the best footballers in the world. We’re going to play our first game against Egypt and we know that they have players with a lot of quality. You have to respect them.”

Even though Egypt can count on the deft, lissom presence of the Liverpool forward, Uruguay are favourites to emerge victorious. They are certainly coming into form at the right time, having won two and drawn two of their last four qualifiers to seal second place in the arduous South American qualifying group, before beating Wales and Czech Republic in recent friendlies in China.

Much of the expectation surrounding La Celeste centres on the team’s devastating front two, with De Arrascaeta one of those who will be tasked with providing the bullets for such lethal marksmen in the coming weeks.

“Everybody knows the capacity that [Luis] Suarez and [Edinson] Cavani have,” the Cruzeiro man says. “We who play in behind them must adapt to their characteristics. But for us it’s a lot easier to play with them because, when the ball arrives at their feet cleanly, near the area, it’s really difficult to stop them scoring.”

Creativity isn’t the only reason De Arrascaeta has become a regular in the Uruguay setup, however. He’s more than capable of finding the net himself, often in spectacular style from a variety of positions and angles.

Though Uruguay’s players are taking nothing for granted, De Arrascaeta gives off an air of quiet confidence about his country’s chances of progressing to the latter stages in Russia.

It’s a team with a good mix of young players with the more experienced guys who are playing at the highest level,” he says, referring to the likes of Atletico Madrid centre-back duo Diego Godin and Jose Maria Gimenez, before moving on to discuss the squad’s togetherness off the field.

“There is a really united group. The big players in the team treat the players who arrive there [for the first time] as if they have been companions for their whole lives. When the younger guys arrive, we really feel welcome quickly. You gain confidence faster, which helps you give your best on the pitch.”

This is the third successive time that Uruguay have qualified for the World Cup, something the two-time champions haven’t managed for over 40 years. It’s quite a miraculous achievement, considering their population of 3.5 million makes Uruguay by far the least populous country in CONMEBOL.

Much of their recent success can be credited to 71-year-old Oscar Washington Tabarez, who’s now been in charge of La Celeste’s national team setup – from the youngest kids’ sides all the way up to the seniors – for almost 12 years. De Arrascaeta constantly refers to Tabarez as ‘el Maestro’ during our chat at Cruzeiro’s training ground, a sign of respect for a man the players regard as a paternal figure.

“After el Maestro Tabárez took control of the national team, there was a big change in Uruguay,” he explains. “Everybody talks about his process. There are always players arriving who have come through the [youth] national teams. Everybody has a lot of respect for him, for the work el Maestro has done there.”

During the four-year cycle leading up to the 2018 World Cup, the veteran manager has promoted players such an Rodrigo Bentancur, Matias Vecíno, Federico Valverde and Diego Rolan to the main squad from the U20s.

De Arrascaeta followed the same path, playing for the successful 2013 iteration of the U20 team and gaining vital tournament experience.

“First we went to the South American Championship in Argentina,” he says. “After that we went to the World Cup in Turkey. When I was called up, the beginning was not very good, the preparatory games. We lost all of them. [But] after that the team started to come together well.

“The first [competitive] game we played, we lost but played well. After that we managed to win the two [other group] games and from there we went on advancing until we reached the final. We knocked out great rivals. Nigeria, which was a very strong team. Afterwards we went past Spain, who today have a lot of players playing for big clubs. Unfortunately, we lost on penalties to France.”

Even taking that tie to spot-kicks was a considerable achievement, however, when you consider that the French squad contained the likes of Paul Pogba, Geoffrey Kondogbia, Florian Thauvin and Samuel Umtiti.

Several of De Arrascaeta’s U20 colleagues also came through with him at club level with Montevideo-based Defensor Sporting. Defensor are a modest outfit by international standards, but just like Uruguay itself they punch far above their weight when it comes to producing players. With the inventive De Arrascaeta playing a prominent role, Defensor reached the semi-finals of the 2014 Copa Libertadores, South America’s equivalent of the Champions League.

“We had a squad of experienced players, some of whom had played in Europe, and a lot of boys who were in the [youth] national team, so we formed a really strong group for the Libertadores and went really well,” the 23-year-old says.

“Diego Laxalt, as well as a goalkeeper, Martin Campana, played together with me in that Liberatores. There was Gaston Silva, who’s with the national team now as well.”

This new generation of Uruguayan players has allowed Tabarez to employ a slightly more expansive style. Previously known for defending resolutely and making the most of the few chances they created, La Celeste now possess a group of elegant and sophisticated midfielders who can hold onto the ball and build play patiently from the back.

The 2018 World Cup is just the start for this set of youngsters, who will be looking to emulate the success of the outgoing generation by reaching a World Cup semi-final (2010) and winning the Copa America (2011).

“The tendency is always to grow more, every training session, every game that you play together, you get to know them better, you gain more experience together on the pitch,” De Arrascaeta says.

For now, though, their focus is firmly set on going as far as they can in Russia this summer. A last-16 clash with Portugal or Spain could await if Uruguay do what is expected of them in Group A, but De Arrascaeta isn’t looking that far ahead.

“Yes, but first Portugal and Spain must classify [from their group],” he says. “And we have to get through. In the plans you say that we could confront them. [They are] great national teams, [but] just as we respect them they will also respect us.”

And respect Uruguay they must. La Celeste mean business in Russia and anyone who underestimates them could be in for a shock.