You don’t often hear about mobile games that contribute to the wider good as well as providing an enjoyable distraction on the morning commute.

While addictive apps such as Candy Crush or Clash of Clans do their best to stop us from striking up a conversation, the new Football CEO game actively promotes communication. That’s because all proceeds from the £1.99 download are channelled back into the social enterprise behind the app, Vi-Ability, who work to engage young people on the margins of society.

Founded by former Arsenal and Liverpool Ladies footballer Kelly Davies, Vi-Ability’s mission is “for every community to have a thriving and financially stable sports club at its heart that can provide opportunities for people to broaden their horizons while developing employability and life skills.”

This is achieved by connecting sports clubs that can benefit from business advice and a dedicated, enthusiastic workforce with people searching for an opportunity to develop their skills.

The Football CEO app puts the gamer at the centre of this relationship, requiring you to run a football club from top to bottom. That includes hiring staff, building new facilities and maintaining a community focus … plus winning matches, of course. Think Football Manager, only you could end up hospitalising your virtual self from working too hard…

We caught up with Kelly to learn more about the Football CEO app and the cause behind it.

Hi Kelly. Tell us a bit more about the idea behind Football CEO…
Essentially the app puts you in the life of a real club CEO. You’ve got to manage the finances, the staff and volunteers. But you’ve also got to manage your lifestyle, because we all know that doing too much can affect your sleep, your social life. The key thing we are trying to do is create an engagement tool that helps people understand what goes on in the industry. There’s something for everybody – it’s a fun experience for people who enjoy football and a great recruitment tool for the young people who come through our programmes.

Did you have to make a lot of revisions to the game?
Honestly, in all my career this has been one of the biggest challenges. I didn’t know how to build a computer game, so I wasn’t aware of the problems you can encounter. There were times when we were so close (to it being ready) and then certain glitches would happen and we’d have to go back again to get it 100% right.

The main thing people keep saying is that it’s really addictive. And they like the fact that £1.99 is going back to doing good as opposed to paying for somebody’s holiday to Barbados. The BBC’s Dan Walker has played it, former Stoke defender Danny Higginbotham has tweeted about it, and hopefully we’ll have more people come on board.

We’re hoping that someone will want to partner up with us to take it on to the next level.

Addicted to Football Manager? Have a look at the @FootballCEO app. It’s for a good cause too https://t.co/I29DBbyODS

Have you taken a lot from your football career into your role at Vi-Ability?
I don’t think I would have been successful without football. First of all you work really hard, but you also learn how to deal with success and failure. You get knock-backs all the time and have to think about how you react to them, how you get up and be a bit stronger.

Sport is a hook to engage people, but when you use football it’s an even bigger hook. And once people are engaged they can learn really important skills and life lessons, and the belief to go on and do better things.

Do you get the same buzz as during your playing days?
Definitely. I was still playing at the top level and walked away from a professional contract to do this and I’ve taken as much if not more from this as when I was playing. I didn’t score many goals so I can’t say it’s better than that! It’s definitely the journey that’s provided the biggest roller-coaster. 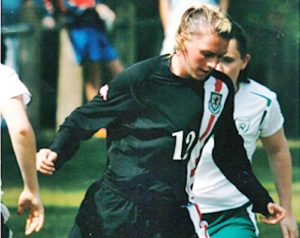 How did you come up with the Vi-Ability model?
I was doing my dissertation at university while still playing football, and I thought there are so many clubs going into administration and not being run properly. At the same time there were lots of projects cropping up at clubs in the UK – such as giving coaching roles to young people who have come out of prison – and I was thinking ‘I don’t know how many of them are actually going to get a job’.

We all know that football can be a ‘jobs for the boys’ environment, so certain projects perhaps give people false hope. It was important to develop something that can pull the two things together – business advice for sports clubs that need it, while at the same time offering young people who want to work in the industry a variety of roles they can perform.

These aren’t just coaching roles; you could be the accountant, work in the IT department and so on. I thought, ‘I’ve got a really good dissertation here that’s won lots of awards, let’s turn it into a work-based training programme’. It was a bit of a Eureka moment. 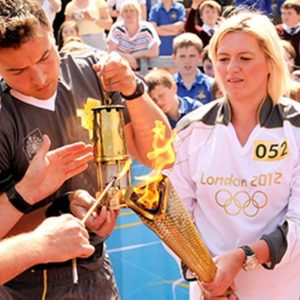 What are Vi-Ability’s main objectives?
There are three societal changes we’re ultimately trying to achieve: 1) Young people should be seen as an asset and a great resource for business, sport and community development as opposed to a hindrance to society; 2) Sports clubs should be run as a commercial business and generating a profit so they can reinvest in the local community to provide jobs; 3) Sport isn’t just for fun, it can be a really cost-effective tool to address societal issues around health, employment and anti-social behaviour. We aim to achieve all those things through the young people doing the work in the sports clubs.

Which clubs have you been working with so far?
The bulk of the work is done with semi-pro clubs but we work at all levels. We’ve run projects at Swansea, Crystal Palace, West Ham, Millwall, Chelsea; it goes right through the football pyramid. We’re operational all over Wales, across London, run courses in six other European countries, and have a full-time programme in India. 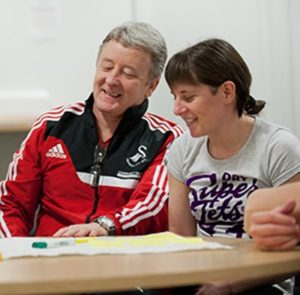 Have you seen many examples of clubs that are badly run?
I was involved at Colwyn Bay football club when they were in the Unibond League (now the Evo-Stik Northern Premier) and the more I travelled around the country, I could see there was a pattern among clubs. They were doing the same things – looking at sponsorship, then looking at more sponsorship – and you think, ‘Where’s the innovation? Where’s the creativity around how you’re going to engage with customers and fans?’.

I think clubs need to do more in their local communities. Of course there’s a need for sport to give back in helping to address societal problems, but I also think if a club doesn’t engage with its local community they’re missing out on a big audience and potential new customers.

What’s the most satisfying part of your work?
Without a doubt it’s that we take people who can be in the worst possible state – they may be homeless with no self-belief – and we give them back that self-belief to go on and do bigger and better things. For some people that might be a job, for others it might be learning to read and write. It’s that transformative experience that we give people to help them change their lives.

I tell people with Vi-Ability that we’re going to take over the world and the aim with the Football CEO app is to get a million downloads. That could help us change 100,000 lives.

If you’re interested in partnering with Vi-Ability to develop the game and take it to an even bigger audience, then get in touch at [email protected].