You’ve probably heard of graphic artist Angelo Trofa, or are at least familiar with his designs. Exactly a year ago, the 27-year-old from Bletchley, near Milton Keynes, made headline news around the world after devising a concept football kit for the Bolivia national team.

Describing his work as a “bit of a geeky obsession”, Angelo, who travelled to South America after quitting his job at the end of 2014, styled a new Bolivia away shirt in the colours of the Wiphala flag, which represents the country’s indigenous population and was given dual national status by president Evo Morales in 2009.

Bolivia Away Kit Concept: Inspired by the Wiphala. pic.twitter.com/Ew5NSTXNu1

That was when the shit hit the fan. When the designs emerged online, Bolivians who don’t identify with the Wiphala were outraged, some to the extent of issuing Angelo with death threats should he ever return to the country.

“The non-indigenous population disregard it [the Wiphala] and don’t associate themselves with it,” Angelo told the BBC last year. “So I expected a bit [of abuse] but it snowballed and got a bit silly. I received torrents of abuse – mainly from angry Bolivian men – people saying they would kill me if I went back and that I was designing for the Nazis.”

After Bolivian officials were forced to deny they were actually planning to use the design, the hostile reaction eventually dissipated. Amaru Villanueva, a director at the centre for social research of the Bolivian Vice Presidency, told the BBC it was a “storm in a teacup”. “Social media tends to amplify extreme opinions,” he said, to a chorus of ‘amens’. “Bolivia is such a diverse, multi-ethnic state that no matter what emblem you use, some people will feel left out.”

One year on, Angelo is able to focus on his work again without the constant distraction of Facebook notifications reminding him that Bolivia’s flag is in fact red, yellow and green. Recently he reimagined modern day football stars playing for 1990s Serie A clubs in a Panini-inspired project that attracted a much more favourable response than his previous endeavours. 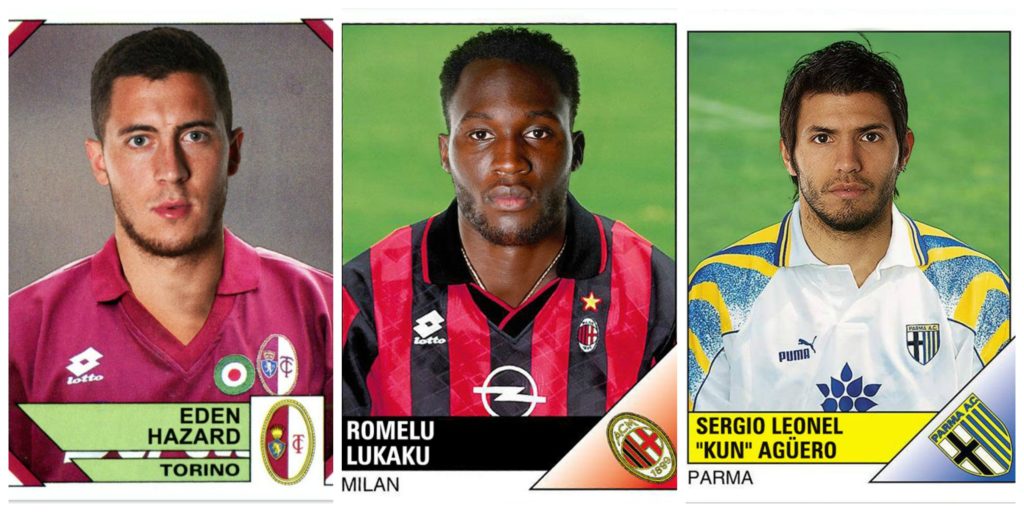 Hi Angelo. Let’s start by going back a year ago when your Bolivia kit concept became headline news. What happened there?

At the end of 2014 I quit my job and headed for a trip around South America. My little project was to re-design the national kits of each country I visited, based on what I picked up culturally from my visit. For Ecuador, for example, I discovered they invented the Panama Hat, so I created a patch to celebrate this – it was these kind of nuggets I was looking for.

With Bolivia, I was instantly drawn to the Indigenous culture, the flag which was elevated to the country’s co-flag in 2009 is everywhere. So the country has this double identity, where on one side you have Bolivians of European descent and on the other the Indigenous people who associate themselves with their colourful flag. It was this double identity that I really wanted to capture with the home and away kits. 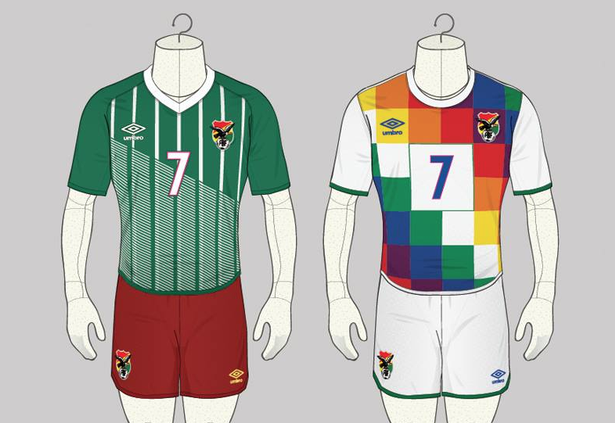 Were you surprised by the reaction?

One of my best friends is Bolivian of mixed origin and so I knew that racism was pretty strong there, despite the majority of the population being Indigenous. There is still a lot of division in the country and a real resentment that the Indigenous culture has been elevated by the first ever Indigenous president Evo Morales.

My friend had warned me that I would probably get some negative feedback, but my premise was that if football can’t bring people together, then nothing can. I put the design on my Facebook page and instantly got an avalanche of comments, both positive and negative.

Within two days it was national news, after four days I was Skyped into the main political show of the country answering questions – and once the BBC found out about it, it became world news. I don’t think even in my wildest dreams I could have imagined becoming an international news story … so yes, I was very surprised.

What was the worst abuse you received?

There was a lot of name calling, but some interesting ones where people threatened to kill me if I went back to Bolivia. Someone likened me to Hitler and, interestingly, there were a lot of accusations that the design was racist. All of this was on social media of course.

So…when are you going back?

I spent one month there, and would happily go back. It’s a spectacular country which unfortunately isn’t run or promoted as well as it should be.

Didn’t your design actually end up being used in Bolivia’s Copa Indigena?

Yes. It was pretty funny, someone tagged me on Facebook, as the national Indigenous team wore my design at the second edition of the Copa. I wasn’t asked, but as the story was so big it came back to me for a second round of press.

Recently you’ve designed a series of Panini stickers placing the stars of today in 1990s Serie A kits. What was your inspiration?

I think any fan of Serie A longs for the glory days of the late 1980s through to the 1990s. I still follow the league religiously today, but it’s a shame that the money isn’t there like it once was to make it the destination all the top players want to play in. 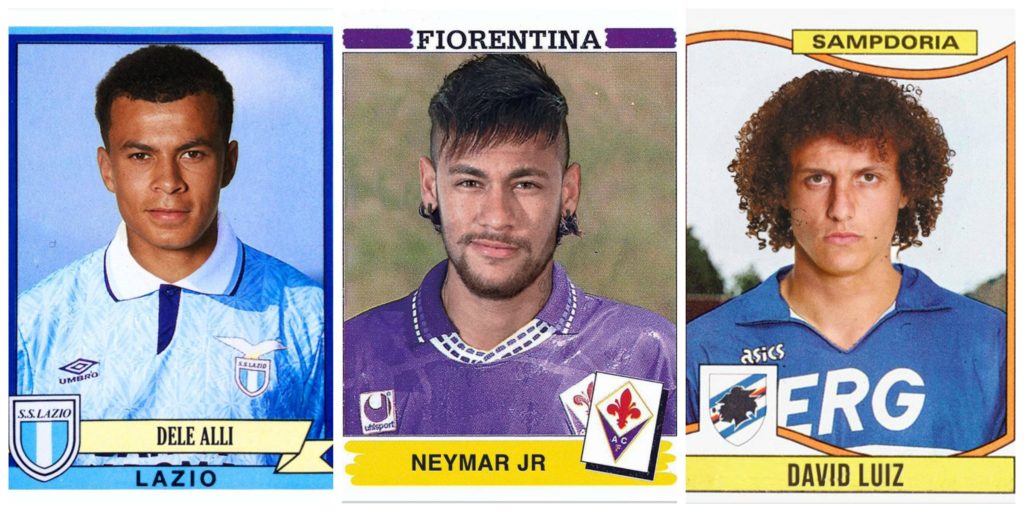 What do you think it is about that era in Italian football that fills fans with nostalgia?

One of the most endearing things about that era was that the talent was so spread out. All of the teams could boast a world star in their ranks; Claudio Caniggia was at Atalanta, Gabriel Batistuta and Rui Costa were at Fiorentina and, bizarrely, Gheorghe Hagi ended up leaving Real Madrid for Brescia. A special mention too for Parma, that team in 1998. Oooff!

Parma have been promoted to Serie C in their first season after bankruptcy.

Have you ever had any comments from players about your designs?

Some. I can boast Xabi Alonso as a Twitter follower. I’ve also had Eljero Elia and Demy de Zeeuw get in touch, and some former Serie A players have liked my stuff – remember Ighli Vannucchi?

How could we forget. You’ve produced a lot of kit concepts on your website, would you one day like to design them for clubs?

Oh for sure, it’s my dream to see designs of mine come to life at the highest level. I think a World Cup-winning design is the one, it’ll be forever immortalised and everyone wants to own that jersey.

Was there a particular kit that inspired you to design new concepts of your own?

The sleeveless Cameroon shirt from the 2002 World Cup was the kit that really made me look at football in a different way, from a design point. It’s just a shame FIFA didn’t agree. At the moment I really like the new Spain away jersey, it’s the perfect blend of old school and contemporary design.

What projects have you got lined up for the rest of 2016? Hopefully nothing that ends in death threats…

I’ve just launched my first sportswear collection with Pantofola d’Oro and hopefully have my first ever football kit to be made for a professional team. I don’t really plan ahead with projects, they often come out of nowhere and I jump on it. But I want to release another concepts magazine by the end of the year.