Bradford have been the best team in League One away from home this season, scoring 14 goals and earning 14 points from their six games on the road.

They should have too much for a Bury team who have won just twice so far and followed up a promising win over Oxford with a limp home defeat to MK Dons.

I like these odds for a team that have lost only one of their seven Premier League games this season.

Watford were honked at home to Manchester City, but I think their 3-3 draw with Liverpool on the opening day is a better indicator of how this game will go.

That was the first of three occasions where the Hornets have scored an injury-time goal to earn points, and I think that doggedness could trouble an Arsenal side that are yet to either win or score away from home in the Premier League.

Napoli are yet to drop points in Serie A this season, and have played arguably the most entertaining football in Europe in the process.

Maurizio Sarri’s side have scored 16 goals in their last four matches, and I don’t see them slowing up at Roma.

The hosts have not failed to net in the league themselves yet, though, with Edin Dzeko’s impressive run of seven goals in five matches enough to believe that they will at least score once.

This is as safe as a BTTS bet can be.

Betis have scored four goals in each of their last two games, the second of which was a 4-4 draw with Real Sociedad.

They’ve now found the net in six of their seven games this season, with Barcelona the only side to keep them out.

Valencia are also in fine scoring form, having notched 11 in their last three matches, with Simone Zaza bagging six in six starts this season.

Tips provided by the Team over at Betway Insider 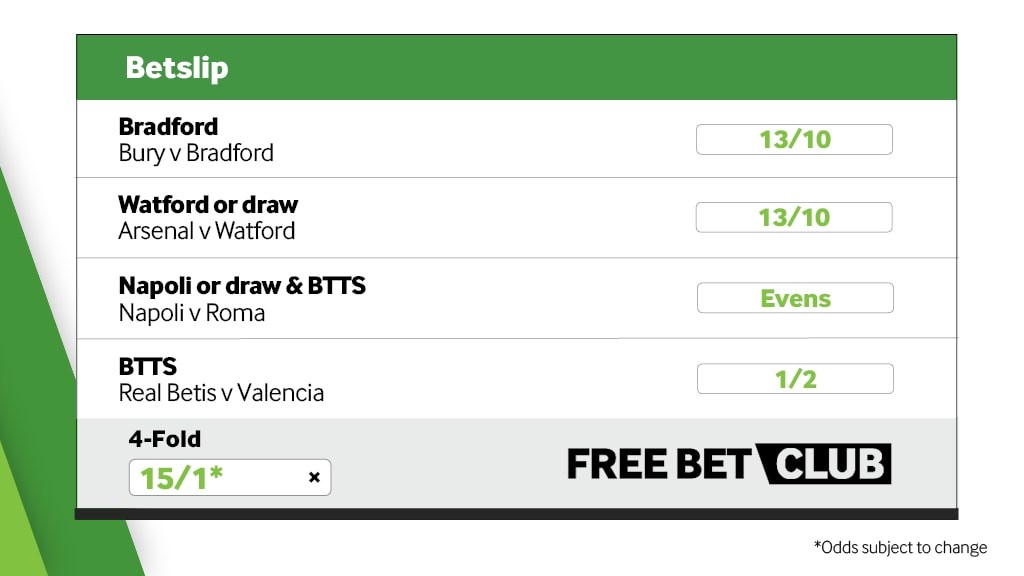