Following the Sam Allardyce debacle,  Alan Shearer described English football as the ‘laughing stock’ of the world and he’ll certainly be right if they slip up here against Malta.U21 boss Gareth Southgate has been appointed interim boss for the next four qualifiers and straight away he’s promoted youngsters Jesse Lingard and Marcus Rashford to the senior squad.

The Three Lions have won their last nine home qualifiers and should have no problem making it 10 in a row against a Maltese side that have lost 13 of their last 15 away games. In all likeliness Malta will regard this fixture as an exercise in damage limitation, rather than an opportunity to get a result. It’s a tactic that has served them well of late as they’ve conceded no more than two goals in their last 10 road games, despite travelling to the likes of Austria, Italy and Croatia. It also worked to great effect in their opening qualifier where they held Scotland for an hour, only for a penalty and a red-card to change the outlook of the match.

Arguably no Englishman has played better this season than Adam Lallana so his injury on the weekend is unfortunate for Southgate. This could open the door for Theo Walcott to re-gain his spot or to put Rashford out wide, but either way it’s difficult to know what England’s best starting XI is, which is somewhat of a re-occurring theme. As a result we think they might start slowly against a defence-minded Malta side, who we’re backing to keep it level at the break but to yield in the second-45. 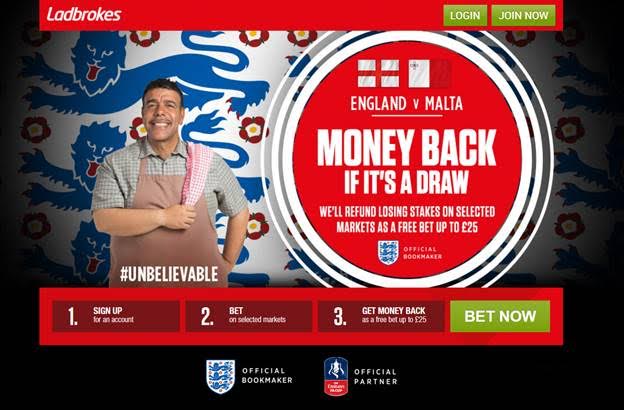 “And if you then perform a Voronoi tessellation, you can see how…