Goal Click is a new global football project uniting fans around the world through the power of photography. Founded by Matthew Barrett and Ed Jones, and funded by the duo as a hobby for the past two years, the aim of Goal Click is to find one person from every country and ask them to document what football means to them on a disposable analogue camera.

Goal Click are currently based in around 65 countries and, after getting the first 20 cameras back, they are hosting an exhibition in partnership with adidas in London during Euro 2016. The images on show will detail football’s similarities and differences around the world, as well as the passion and emotions stirred by the game.

We caught up with Matthew Barrett to hear more about Goal Click’s plans – starting with the exhibition at BL-NK studios in Shoreditch, which runs for a month from Friday, June 10th.

MB: The original idea surfaced in a conversation between myself and co-founder Ed Jones around three years ago. That was when we first had a brainwave about doing something around disposable cameras. It was ahead of the last World Cup, and we were talking about how you can get fans to show what football means to them. Over the course of a year we built the idea out and launched Goal Click in May 2014. It kind of turned into a project where we wanted one person from every country in the world, and we’d give each of them a disposable analogue camera to document their own personal story or symbolise their country through football.

Personally, I’m very interested in the impact of football, and sport more generally, in war zones. And you’ll see a lot of our best material so far has come from working with organisations who use football in conflict zones to bring about reconciliation and restructure. We work with some amazing organisations in Rwanda, Iraq, Sierra Leone and Liberia, all of whom have really powerful stories to tell. 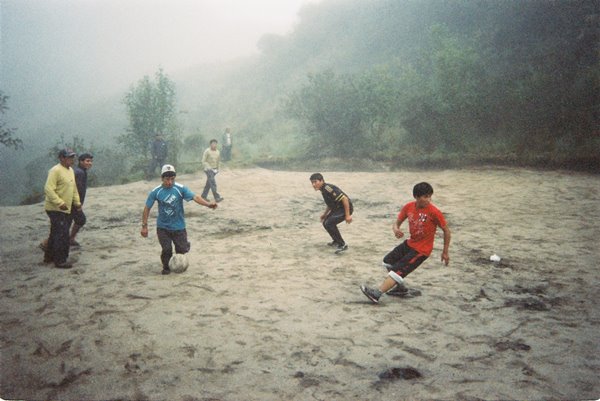 The Goal Click project itself is quite diverse. We work with charities and people using football for social change, but we also have stories of fan culture, such as our photos from Serbia and our unlikely photographers on the Inca Trail in Peru. We’re trying to bring about a whole spectrum of football around the world so that a lot of different types of stories are represented.

We’re active in about 65 countries and we’ve had around 25 completed cameras back. The first 20 have been amazing. When we started, we would have been happy with one good photo from every camera, but the moment we got back our first camera from Sierra Leone with around 20 amazing shots – really powerful imagery from SLASA (Single Leg Amputee Sports Association of Sierra Leone), who work to reintegrate amputees of the Sierra Leone civil war back into society – we realised we had something potentially special. And all 20 cameras we’ve got back so far have told incredible stories. The photographers have done amazing work and it’s a pleasure to interview them and publish their stories.

The ambition is to get to 250 countries. It’s going to take a while, but we’ve always had 2018 in mind. But we’re not tying ourselves to a deadline – however long it takes to get to every country in the world is however long it takes. That allows us to do an exhibition every year on the journey so far. We’ve got lots more to come from very random parts of the world – I’m very much looking forward to our camera coming back from the Federated States of Micronesia, which is probably the most unusual country we’re currently in. I’d also encourage anyone who reads this from a part of the world we may not already be active in to get in touch and tell us why you should be a representative of your country.

We wanted to have an exhibition. We felt we’d got to the stage where we were ready to tell the world what we’re doing. This is being funded as a hobby by myself and Ed because it’s a passion of ours, so we approached a couple of brands who we thought would be a natural tie-in to what we’re doing and adidas were extremely receptive to creating a partnership. 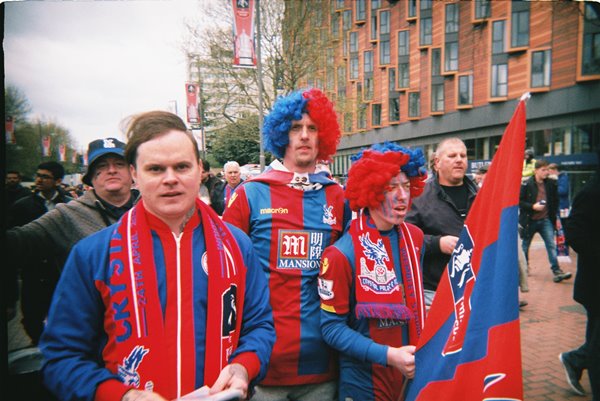 What we’ve done with adidas, which is great, is create a mini London version of the project. So we’ve given cameras to about 15 London-based photographers who adidas nominated and asked them to document football in London. Around 25% of the exhibition will be Goal Click London, and a lot of the photographers are going to be down at the launch event on Friday 10th. It’s very exciting to have a London focus as well as the global imagery. Adidas have been a great supporter and it’s because of them we’ve been allowed to plough on at speed with the global project, but also done a great London-based project. It’s probably the first of many – why not do mini projects in various cities around the world or even in other sports?

The exhibition is going to run for a month during the Euros and it’s at a great venue called BL-NK in Shoreditch. They’ve very kindly let us be their resident exhibition for the whole of the Euros which is fantastic. It’s also going to be free for the public, and we’d encourage everyone to go in and have a look.

The Goal Click exhibition runs from Friday, June 10th until Sunday, July 10th at BL-NK in Shoreditch, London. It’s free entry, so head down for a gander and support a great project. You can also follow Goal Click on Twitter and Instagram.