For Sascha Düerkop, it all started with a shirt. Or rather 211 shirts.

The 30-year-old German claims to have fallen into his role as General Secretary at the Confederation of Independent Football Associations (CONIFA) – which is currently preparing for its upcoming World Football Cup in 2018 – somewhat by accident.

A lifelong football fanatic, Sascha set out on a quest to collect every national team shirt he could get his hands on (he is now just six shy of all 211 FIFA members, as well as most from CONIFA’s 45 members) and his hunt for collectibles led him into the lesser-known world of associations playing outside FIFA’s jurisdiction.

“I found some non-FIFA shirts and I started to buy a few of them, and [that’s how] I got in touch with the teams,” Sascha tells The Set Pieces.

It was his casual collector’s relationship with the football association of Cascadia – a proposed country and bioregion straddling several US states and part of British Columbia in Canada – that first led the Cologne native to get involved in football administration for the unaffiliated back in January 2013.

“There was an organisation before CONIFA called the N.F. Board [The New Football Federations-Board] and they had an AGM in Munich,” Sascha continues. “One football association, Cascadia, asked if I could submit their application in Munich because it was close to me.

“I had no idea where Cascadia is or what it’s all about, but I did some research and presented the application because I had nothing better to do that week and it was a good excuse for a trip to Munich.”

At the board meeting, he met the other teams involved and presented Cascadia’s case. While that event ultimately proved disastrous, collapsing due to infighting, from the ashes rose CONIFA, which was founded shortly after in June 2013 on the Isle of Man.

The six founding members have since expanded to nearly 50, with the shared aim of organising matches and tournaments for unrepresented people, nations, and isolated regions around the world.

“Per Anders Blind (the current CONIFA President) created a new organisation and he asked me to get involved because I had all the contacts,” Sascha adds.

Despite self-deprecation at his unassuming route into the world of CONIFA, he now describes himself as the organisation’s ‘spider in the web’, tasked with coordinating teams, tournaments and looking for sponsors – all while remaining a volunteer and studying for a PhD on the side.

The role takes up at least half of every day, but he insists that it’s a pleasure and he has fallen in love with the emotional power of football and “all the forgotten stories or forgotten nations”.

CONIFA’s showpiece event is the World Football Cup (WFC) – Sascha stresses they were warned off calling it simply the ‘World Cup’ by FIFA – and the third edition of the bi-annual tournament will take place next summer.

The first WFC in 2014 was an invitational event for 12 teams, hosted by the Sapmi team (commonly known as Lapland in English) in Östersund, Sweden. It’s a location about as geographically and aesthetically different to Brazil as possible, where FIFA’s tournament took place in the same month.

The nine-day event featured surreal clashes such as the Isle of Man vs Kurdistan and Padania vs Darfur. The inaugural trophy was taken home by the County of Nice, from south east France, who beat Ellan Vannin, the Isle of Man representatives, in the final on penalties. 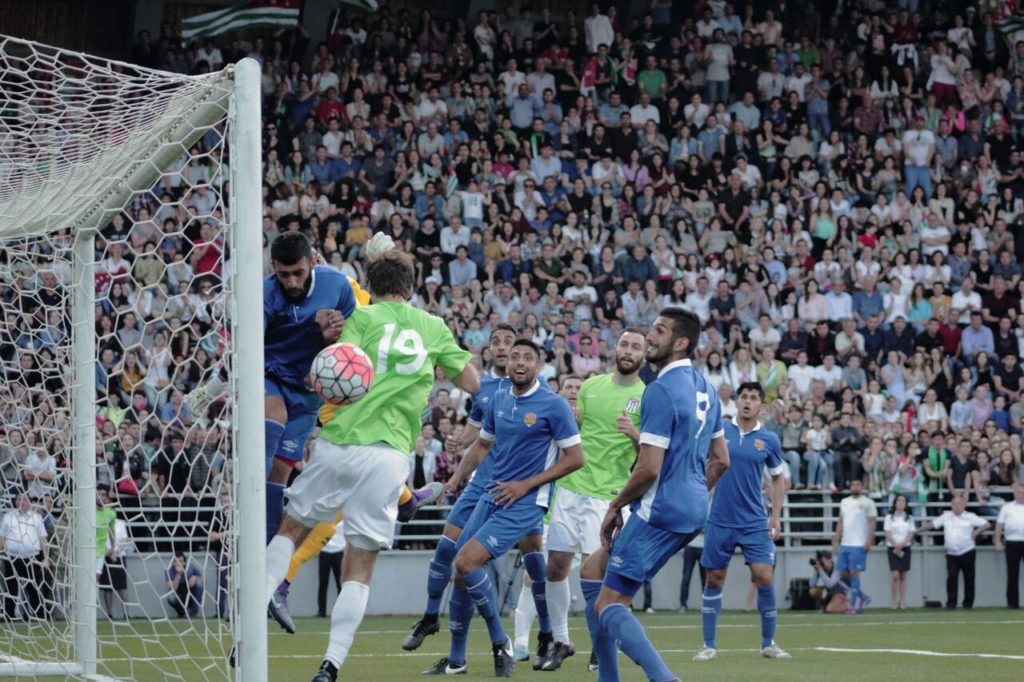 Two years later the competition returned, this time to Abkhazia, the semi-autonomous state in northwestern Georgia perhaps most famous in the West for its central role in the Russo-Georgian War in 2008.

Sascha describes the region as a “hidden paradise” where the tournament, funded by the local government, was a resounding success for all involved. “The whole week was amazing,” he says. “The tournament was roughly a week and from the beginning all the matches were crowded. Even [for] the matches without Abkhazia, people were very curious.”

The hosts went on to triumph at WFC 2016, lifting the trophy after defeating the likes of Western Armenia and Northern Cyprus on their way to a dramatic final against Panjab – the team representing the Punjabi diaspora in India, UK and around the world.

“The final was simply mental,” Sascha recalls. “The stadium holds less than 5,000 and there were approximately 11,000 people there. There was a massive pitch invasion at the end [after Abkhazia won 6-5 on penalties] and after there were festivities until four or five in the morning in the capital Sukhumi.

“It was the perfect final. You couldn’t write that story any better.”

As a result of the tournament, Abkhazia now have one of the strongest fan bases of all CONIFA members, as well as a new tangible part of their national identity to celebrate – separate from talk of ethnic division, politics and warfare.

“The tournament turned the country upside down. The next day was declared a public holiday by the President and 10,000 people celebrated in the streets all night when they won,” notes Sascha.

“After the final whistle, an elderly woman came to me and she told me ‘all we celebrate in in our festivals is always about war. This is the first time we won something as the people of Abkhazia’.”

The people of Abkhazia are not unique in their enthusiasm for the state football team. Sascha cites the example of Tamil Eelam, representing the diaspora of the Sri Lankan Tamil people, whose supporters regularly stream friendly fixtures of “really, really poor quality” to views of four million. When other outlets for national pride and identity can be hard to come by, this is an opportunity for people to unite behind the team of their homeland.

Away from the pitch, Sascha claims CONIFA’s next goals are to get staff on salary (everyone currently involved works as a volunteer), to start and maintain continental tournaments, and establish equivalents for female and youth players.

While the WFC follows a similar format to FIFA’s showpiece (2018’s edition will feature 16 teams across four groups, with the top two from each group progressing to the knockout stage) a major difference is that CONIFA use a ‘placed system’ – meaning that in 2016 even Chagos Islands, who ultimately finished last, were still able to play four competitive matches. 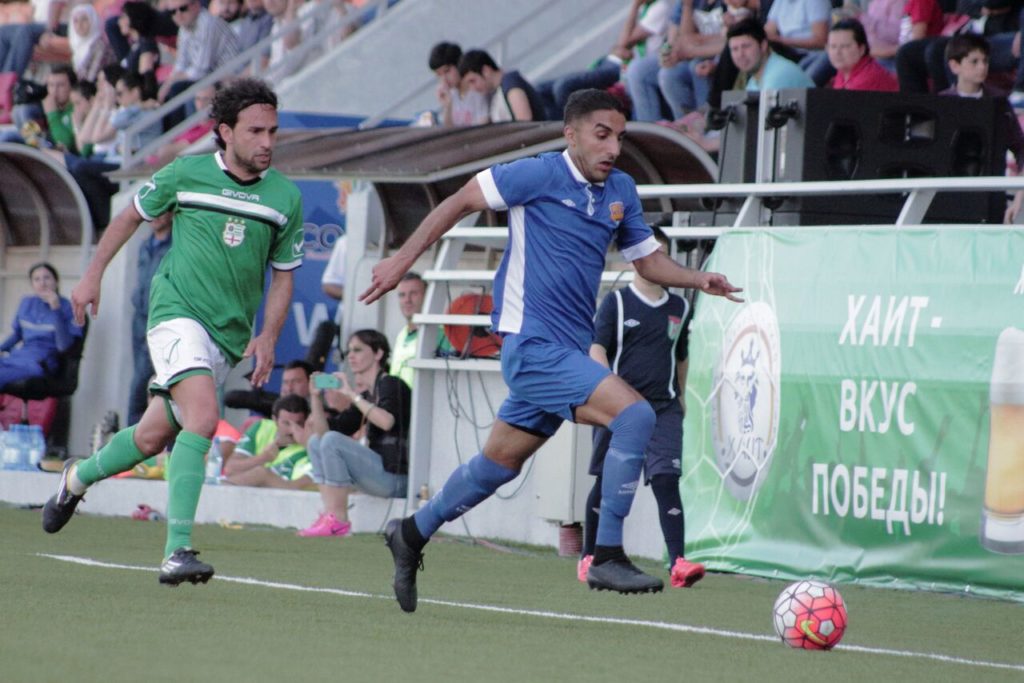 Sascha insists the cultural exchange and togetherness is another aspect which separates the style of the tournament from FIFA’s approach.

“What is really different is that all our teams are staying in the same hotel or two. We are crowding them in the same places. The idea is to create something like an Olympic village with a special atmosphere and the players don’t only meet on the pitch but also off it.

“We also have a couple of cultural events, so the players themselves usually sing or dance or do some presenting into their culture and history. That’s part of our ethos.”

As wholesome and well-intentioned as CONIFA’s aims sound, they are not without controversy. Nearly all of their members spark heated debate and political discourse in regions around the globe, but Sascha is quick to assure that the organisation is not to be used as a means to promote ideology.

“Externally we got protests from Georgia and Azerbaijan [about WFC 2016 in Abkhazia] and we expect protests from China about Tibet, who have qualified for the next Cup.

“But internally it is purely positive. We have a very strict rule that any political campaigning is forbidden – the teams can have their national anthem, their flag and that’s it.

“We had one case in Abkhazia where Chagos Islands had a flag which said ‘let us return’ and that was even forbidden and they were sanctioned for that because it’s a political message. We forbid any messages within the stadiums.”

Sascha also claims that, for most, politics isn’t an issue. The teams are simply grateful for the opportunity to play because they feel marginalised by FIFA. CONIFA has rejected prospective members in the past, however, but Sascha insists they wouldn’t deny a new member purely for political reasons.

“We have clear rules who can join CONIFA and who can’t. There are 10 different criteria and you have to fulfill at least one of them. We had an example with Donetsk People’s Republic and Luhansk People’s Republic. They both applied for membership. As the executive committee we didn’t want to take that decision, as it’s a very delicate topic.

“So we asked our members at the AGM and we were very surprised that everyone said we shouldn’t deny them on political reasons. And I think they have a point about that.” 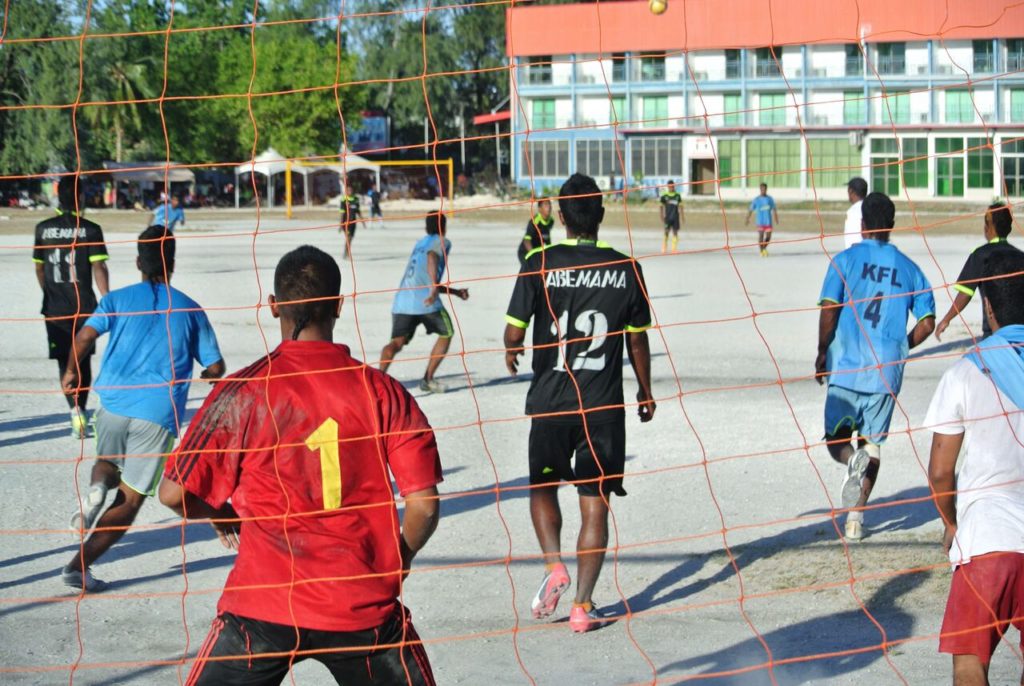 The apolitical standpoint has seen CONIFA lose out on funding in the past – “most companies don’t like one particular member of CONIFA and it’s always a different one” – while their relationship with FIFA has also had its ups and downs over the years.

“In the beginning we wrote them a letter to say here we are, we exist and we plan to do this and that,” Sascha recalls. “Over the years we are still in touch, but with the new leadership it got a little worse. [Gianni] Infantino was very positive and applauded our work but the new General Secretary doesn’t.”

Despite recent frosty relations, Sascha is keen to continue a dialogue that opens up further connections between the two organisations particularly when it comes to finding pathways for CONIFA teams to become fully-fledged FIFA members, should they wish to.

“We are trying to have a meeting to discuss that matter, because for many of our members it is completely unclear how the process works. We want to get some kind of workshop together with the relevant people to discuss exactly who can join FIFA and how.”

Back on the grass, Sascha is complimentary about the standard of the football he has witnessed during his time as General Secretary.

“I would estimate that there are about 15 teams who draft professional players,” he says.

“We have the full scale. In the last WFC, the winning Abkhazia team was mainly made up of professional players from the Russian league. But there was also Somaliland who were all Sunday league players from the UK, so we have the whole range.

“The standard has risen but it’s been good from day one. We were very surprised in 2014 – only Darfur lost matches heavily – but all the our other matches were with a margin of a maximum of two goals. That was never seen before in football outside of FIFA. Normally half the matches would end with two-digit numbers. That was a very positive surprise.”

The host for the third edition of the WFC will be announced in the autumn once the qualification period is over. Sascha identifies the Kurdistan team as one to watch next summer owing to their abundance of Iraqi national team players, while other interesting sub plots include Tibet (whose President is the Dalai Lama) and Kiribati – the first team from Oceania to take part.

With qualification places still up for grabs, Sascha may yet have a chance to expand his kit collection when the tournament kicks off in May 2018.