This is an extract from issue 17 of the Stand fanzine, which you can get your hands on in print here or digital here.

Players and management come and go, but only supporters get behind a club for life. While this may generally be true, supporter alienation is becoming increasingly common, prompting some fans to take the agonising decision to break the bond with their beloved club.

Whether it’s West Ham supporters being priced out of the Boleyn Ground and instead opting for Clapton FC’s Old Spotted Dog, disaffected Manchester United fans establishing FC United and building their own stadium, or Charlton Athletic supporters renouncing their club’s absentee owner in favour of Thamesmead Town, modern football has pushed some fans to do what was once unimaginable.

STAND readers might be surprised to learn that this phenomenon of fans choosing to flee modern football by supporting a different (usually lower-league) club is not unique to England. It’s also occurring in Canada, albeit in smaller numbers.

Attending Vancouver Whitecaps FC matches prior to 2011 was a brilliant experience. Games were held at a quaint ground nestled into the side of an urban forest that engulfed half of the stadium. Each spring, season openers would be marked by a haze of cottonwood seeds drifting through the air, so abundant that we would have make to sporadic efforts to remove them from our clothing. To the north, a picturesque view of mountains, while the main stand’s concrete skeleton dominated the western skyline.

The venue had a relaxed mood on match days. There was the same anticipation found at any large football ground around the world, but without the aggressive scrutiny or hostile atmosphere. Police were rarely in attendance and the minimal security officials present treated matches as one of their easier gigs and a chance to soak up some sunshine.

But when the club moved up to Major League Soccer in 2011 – thanks to buying their way in, rather than for any on-field achievements – it became a very different entity.

I appreciated that the match-day experience in MLS would prove vastly dissimilar, and prepared myself to accept something entirely different. But it wasn’t the new stadium, the revised club crest, the overhauled squad, or the influx of fans that eventually put me off. Instead it was because I was treated profoundly differently as a supporter. It felt like my relationship with the club had radically changed for the worse: that it had been downgraded to customer and supplier, in which the sense of kinship was no longer reciprocated.

Some changes were relatively trivial, and perhaps could have been tolerated. Security was stepped up: bag searches became the norm rather than the exception, and voluntary pat-downs were occasionally requested. While such unnecessary security theatre was a disappointing addition – especially since intrusive surveillance wasn’t required during non-sporting events at the same venue – it was perhaps an inevitable consequence of top-flight football and a stadium that had recently undergone a half-a-billion-dollar renovation.

These changes were just the beginning. Fans were informed that their flags and banners would now require design and message approval prior to being allowed into the ground. We were instructed to submit mock-ups or photos of these items to the club by email. Once assent had been given, an “approval sticker” was issued that we had to attach to the flags before security at a specially-selected stadium entry would then screen. 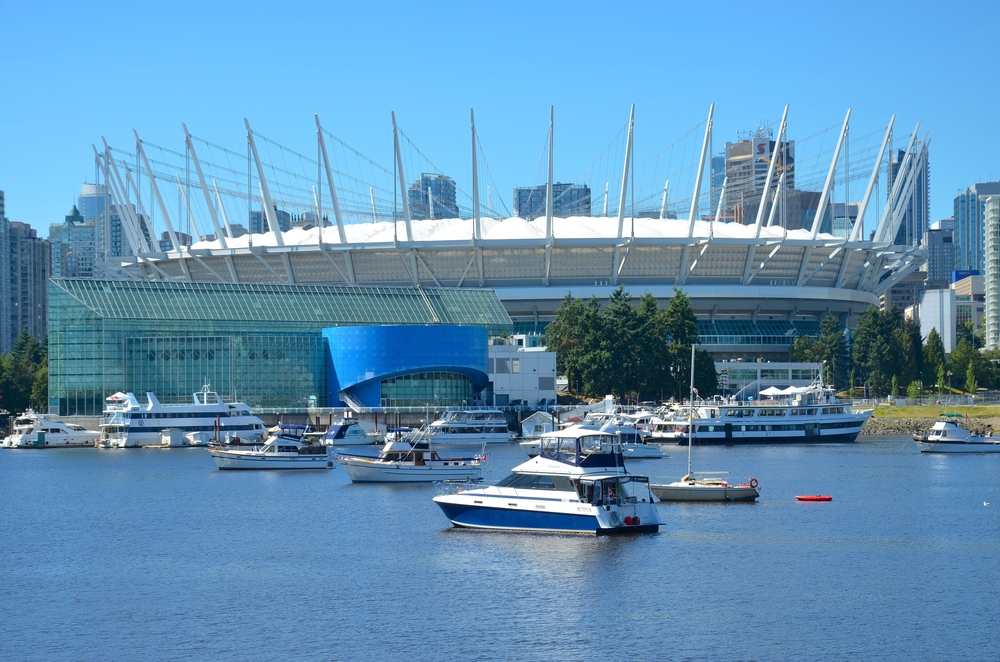 As if this new process wasn’t cumbersome enough, in practice the security team weren’t prepared and would often hold back anyone who had brought flags or banners, causing them to miss the beginning of the game. A security manager would be summoned and, when they finally appeared, they would often lob accusatory questions. Rather than being applauded for spending our time, energy and money to help create an atmosphere, we were now seemingly being punished for doing so.

Even that was relatively minor compared to other developments. The club’s new CEO – a former executive director at Tottenham – informed Vancouver Whitecaps supporters that tickets in the area behind the goal would no longer be the cheapest in the stadium. Although these seats are typically the most affordable due to their obstructed views, the club decided that because this was a supporters’ section – and sitting there is supposedly an entertaining novelty in Canada – the cost was to be increased above other sections that offered better views. After several rounds of questioning by the fans and evasive responses from the club, the justification ultimately provided was that we would be charged a premium for being a part of the atmosphere we were creating ourselves.

It was no surprise, then, when the supporters collectively said bugger that, and moved to the cheapest seats in an alternative corner of the stadium, much to the dismay of the club’s marketing staff.

Sadly, the problems didn’t end there. Vancouver Whitecaps and their two closest opponents, Seattle and Portland, had come to an agreement that each club would allocate 500 tickets for away supporters, and that these were to be given to supporters’ groups to distribute. Seattle and Portland did just that, but the Whitecaps instead sold their ticket allocation to a third-party broker – a local travel agency which attempted to sell the tickets bundled as part of a bus-trip package at a considerable price mark-up. After yet another round of grievances, the club eventually admitted its responsibility and backed down.

Although it was a relief to win that second battle, I couldn’t help but ask: why are we having to fight with our own club? Why are they suddenly treating us with contempt? It was then that things took another turn towards farce. Apparently not confident in the fans to create enough noise at matches, the Whitecaps suits decided to artificially fabricate an atmosphere. Prior to the first MLS match, a two-year contract was signed with a corporate drumming company that ‘creates team building and conference entertainment through drumming’.

The stadium sound system was boosted to an eardrum-splitting level that precluded talking to the person in the seat next to you. Advertisements were continually shown on a gargantuan television screen that hung ominously over the pitch, and whenever revenue-generating content wasn’t being played, breaks were filled with loud music. This incessant bombardment continued right up until kick-off and throughout the entire 15 minutes of half-time.

I felt as if there was an insidious attempt to transform me from a football supporter into someone heading to the cinema or theatre. Everything – from the security, to the screening of flags and banners, to the non-stop noise pollution – felt like it was a coordinated attempt to convert me into becoming a passive consumer. I was no longer there to create any atmosphere myself; my only involvement was now to merely observe. I sensed that I had been reduced to a walking ATM that the club was exploiting at every opportunity.

I’d had enough. I was exhausted from battling my own club. I was dismayed by this shift towards consumerism and was weary of being continually exploited for money. This wasn’t football; it was Major League Entertainment and I wanted out.

For a couple of years after my decision to walk away from the club, I was bitter and didn’t hesitate to express my disappointment. I began to pine for someone to start a new lower-league club in Vancouver to call my own, even if it wasn’t fan-owned, and noticed that a decent number of other people were expressing the same desire. When would our city have a club in the fourth division USL PDL, considered to be the lowest level of spectator football in Canada? That was when I realised: there were literally dozens of existing clubs that I could follow. The problem wasn’t the lack of a club, it was the strange Canadian and American sporting culture in which people only follow clubs from leagues that are self-proclaimed to be spectator-oriented.

Having spent several years supporting a non-League club in London (including briefly sitting on its committee), I appreciated that football fans in England support smaller sides all the way down to the 10th level of the pyramid (and probably even below that). So what was stopping me from doing the same thing here in Canada?

I started watching matches of a local side, Vancouver United FC, with a few friends, my missus, or sometimes even on my own for the bulk of a season. After giving it some thought, I realised it was silly that these clubs aren’t supported. But how could I convince others to appreciate that actively following such small clubs could be just as fun as getting behind a moneyed team in a bigger league?

Around the same time, I began to follow the antics of the Clapton Ultras, Dulwich Hamlet’s Rabble, Whitehawk’s Hawks Ultras, Eastbourne Town’s Pier Pressure, and the London Bari Ultras. These fans were sticking two proverbial fingers up at consumer-oriented football, building their own communities and, most importantly, having a hell of a good time. And while supporters’ groups for fourth-division USL PDL clubs already existed here in Canada, there had never been any real organised support.

It was time to make some history. A handful of others and I recently established the Umbrella Ultras, the first organised supporters’ group of a club at this level in Canada. The name is a tongue-in-cheek nod to Vancouver’s temperate rainforest weather, as well as a grateful reminder that we would be watching games outdoors once again (Vancouver Whitecaps moved to an indoor stadium with a retractable roof in 2011).

Just how similar are we to the five English supporters’ groups previously mentioned? Like any Commonwealth country, Canada has issues with racism, sexism and homophobia. But since Canadian football has never had far-right infiltration, it would be inauthentic for us to adopt the left-wing politics that the previously-mentioned groups advocate, even though most of us personally happen to share such views.

Instead, at least for now, we concentrate simply on having a good time. Compared to the pre-MLS era, I now follow a different club, in a different league, in a different ground. And yet it somehow feels like a return home.