Italy’s first game at Euro 2016 heralded the emergence of a new narrative, with their collective ability far outshining Belgium’s individual brilliance. Playing with the cohesion and understanding of a club side, Antonio Conte’s unfancied Azzurri – widely viewed as the least talented squad the country had ever produced – dismantled a nation ranked number two in the world and number one in Europe.

“The BBC guys are the best defenders in the world and opposition teams don’t want to play against them,” Alvaro Morata noted in the build up to Spain’s last 16 meeting with Italy. “When those three and Buffon are back there, it is almost impossible to score past them.”

That would indeed prove to be the case, the Bianconeri rear-guard shutting out their former team-mate and progressing courtesy of a 2-0 scoreline that ended Spain’s eight-year winning reign over their rivals. 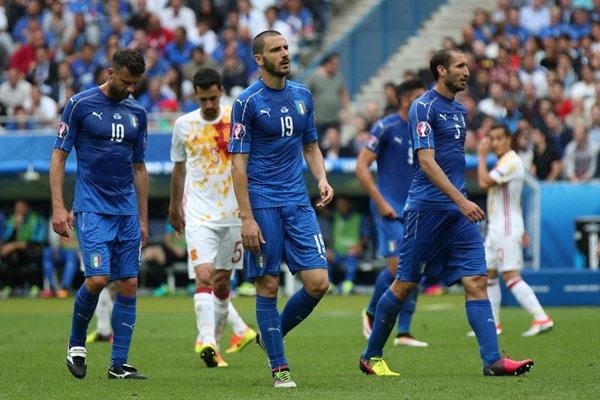 Yet more compliments followed, with La Gazzetta dello Sport announcing the arrival of “TikItalia” and lauding the sacrifice, intensity and tactical perfection of the victory at the Stade de France. But if the solidity that has seen Italy keep three clean sheets in their four fixtures so far was born in the black-and-white stripes of Juventus, this Azzurri team arguably owes an even greater debt to a much less well-known club.

On August 7, 2011 – less than five years before Italy picked off Belgium – Cesena were preparing for the start of their second consecutive Serie A campaign after winning successive promotions from the third tier. They took on Gubbio in a friendly to celebrate the opening of their opponent’s fully refurbished Stadio Barbetti, running out comfortable 3-1 winners with a now familiar name opening the scoring.

Just as he did against Sweden, Éder found the back of the net for I Cavallucci Marini – The Seahorses – and he was not the only recognisable face in the visitors’ starting XI. Cesena boss Marco Giampaolo was able to call upon Antonio Candreva, Marco Parolo and Emanuele Giaccherini that afternoon. All have gone on to enjoy excellent careers, and all were present in Conte’s side that faced Zlatan Ibrahimovic and company in the group stage. 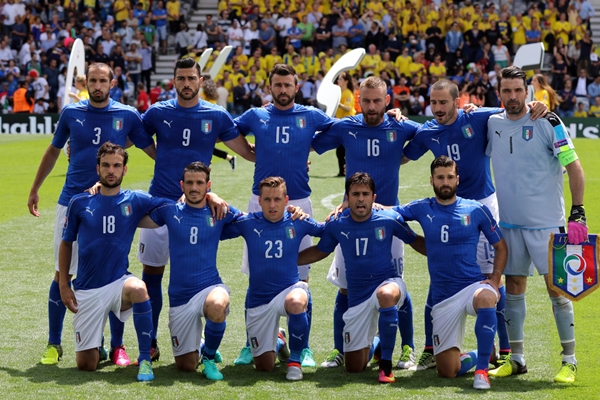 Giaccherini would join Juventus, where he teamed up with Conte for the first time, less than a month after that friendly in Gubbio. Two years later, the 31-year-old moved to Sunderland before returning to Italy with Bologna in 2015. Candreva – having already spent time with the grand Old Lady of Italian football – was on loan from Udinese and would join current club Lazio in January 2012. He has since made almost 200 appearances, winning the Coppa Italia and becoming club captain, while emerging as a vital member of Conte’s Azzurri.

The 29-year-old, who has been linked with a reunion with Conte at Chelsea next season, has been fortunate to cross paths with another Cesena alumnus for Lazio and Italy. Like Candreva, Parolo quit Cesena after suffering relegation in 2012, spending two seasons with Parma before landing in Rome. Éder also departed after the club dropped back into Serie B, netting 49 goals in 135 appearances for Sampdoria to earn a move to Roberto Mancini’s Inter in January of this year. 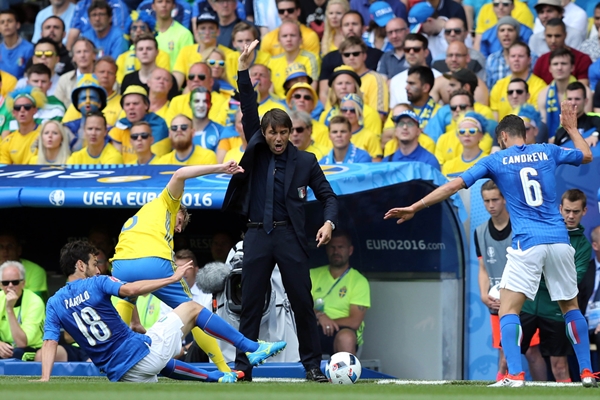 While none of the aforementioned quartet were there at the time, Graziano Pellè also once called the Stadio Dino Manuzzi home, spending the 2006/07 season in Serie B and scoring ten goals in 37 appearances. That was before he began his nomadic journey that took in spells with AZ Alkmaar, Parma, Sampdoria and Feyenoord, before signing for Southampton in 2014. 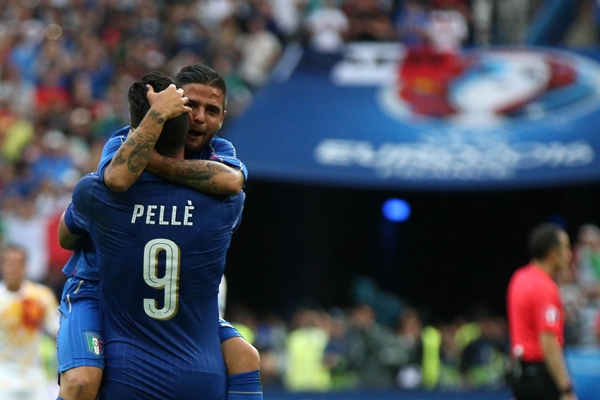 Italy’s Juventus foursome are currently being praised as the stars of this workmanlike side, with Max Allegri recently saying that he “wouldn’t swap them for any top player” in an interview with La Repubblica. “The BBC, along with Buffon, are already my Messi,” said Allegri. It is the ex-Cesena men, however, who are leading Italy’s surprising charge to the latter stages in France.

Giaccherini scored against Belgium before laying on Chiellini’s opener in the clash with Spain, where Pellè – who volleyed home an emphatic second against Belgium courtesy of a Candreva assist – sealed the victory and Italy’s quarter-final meeting with Germany.

Éder grabbed the only goal of the 1-0 win over Sweden, meaning that a former Seahorse has played a part in every Azzurri goal in the tournament thus far. It is certainly something for Cesena to shout about after losing to Spezia in the Serie B promotion play-offs this season.

“Che applaudono quei ragazzi valorosi. Cesena, oggi devi farti onore, perché sei forte e nessuno può fermarti,” read the lyrics of the club’s often-sung anthem. “Applaud those brave boys. Cesena now you must take honour, because you are strong and no one can stop you.”

At Euro 2016, their famous five of Candreva, Éder, Giaccherini, Parolo and Pellè are busy making those words ring truer than ever.