Martin Foyston walked away from a secure job in the analysis department at Fulham to embark on his dream of becoming a football coach.

Four years on and the Hull-born 35-year-old is assistant coach at Norway’s Stromsgodset via stints with Sweden’s Djurgardens and the Norwegian national team.

“When you’re doing analysis, you’re so close with the first-team coaches and management,” explains Foyston. “You’re trying to paint their picture and if you do it for long enough you learn something. It’s a tough job and you work long hours but when Roy Hodgson became manager at Fulham in late 2007 I started to get interested in the coaching side of things.

“He just made everything a lot clearer. For two-and-a-half years, the best coach in England as far as I’m concerned, was able to make football simple in the most effective way. Everything he said over that period just made sense.

“That’s when I knew I wanted to become a coach. I worked closely with Roy and his coaches, Billy McKinlay, Ray Lewington and Mike Kelly, and it was like a football degree every day.

“Ray was the nicest guy in the world. He’s able to tell a footballer he’s done something wrong but the player is uplifted by it rather than feeling he’s having a finger pointed at him. When I’m at work now I still think to myself, ‘What would Roy and Ray do?’”

Foyston had initially joined Fulham straight from university in 2005 after studying for a career in the big screen.

“When I was younger all I’d ever wanted to do was be a footballer,” he says. “I played football all the way up to youth level with Hull City but didn’t get a professional contract. I ended up going to college and university and doing a film studies and media production course. I liked the technology part more than the creative part.

“When I saw the Fulham analysis job advertised, I could see I could do everything they were asking. Analysis in football was still in its early stages. When I went for my interview, there were still VHS tapes and recorders dotted around the room. It was a very laboured system back then. I was more enthusiastic than fully qualified but I got the job.

“I was initially in charge of pre-match and putting clips from the scout reports on the opposition into a video for the manager. Then I also took on post-match duties. The gaffer would come in and say, ‘I want this, I want that, because of this and because of that.’ As you develop, you become more of the instigator and you have the clips ready before they ask for them.” 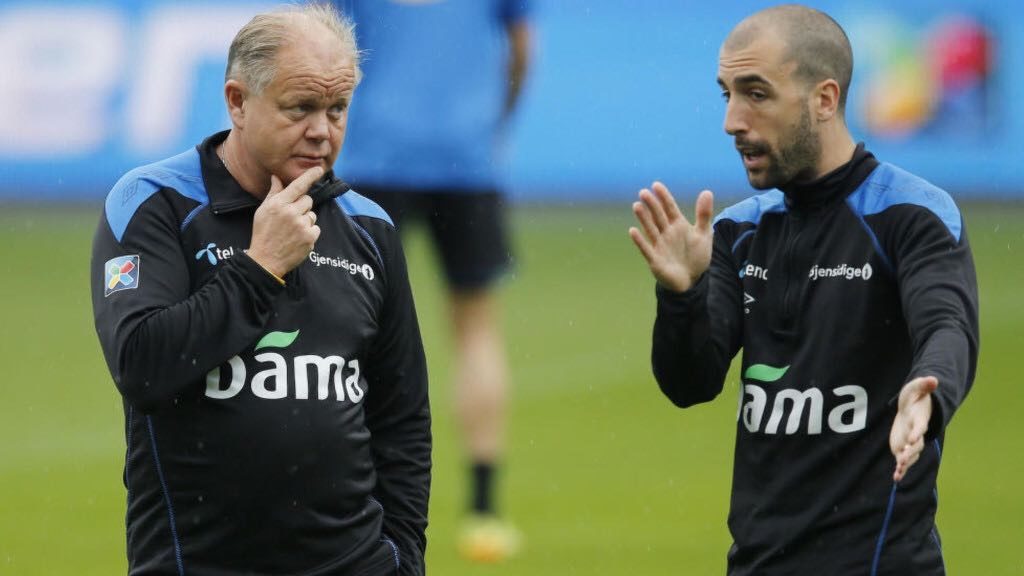 By this stage Fulham were an established Premier League side. But, in early 2013, Foyston made the decision to leave Craven Cottage and head overseas in search of his first coaching role.

“I’d been at Fulham for a good few years. On top of my day job, I’d done my B Licence and was about to start my A Licence, but I just felt that nothing was going to fall into my lap to get a job as a coach. I had too much ambition to continue doing the same role. It was a fantastic job but I wanted to do something else.

“One day I said, ‘Right, that’s it, I’m going to go to Sweden.’ I’m quite an impulsive person. My girlfriend at the time, who’s now my wife, was fine with it as she’s Swedish so she was going home. And she knew I wasn’t going to change my mind.

“I also knew Sweden would be a good level for me to go into. I felt the experience I had with Fulham would give me a chance to find a job in that country.

“When I told Fulham I’d decided to move on, they felt I wasn’t telling the whole story and had another job in the Premier League. But the truth was I didn’t have anything to go to, I just felt I needed to put myself in an uncomfortable position and force myself to go in search of my goal. I didn’t want to have a security blanket and a safety net to fall back into. It was do or die.

“I knew it was a big risk. Not many people walk away from a Premier League job and I was very close with then-Fulham boss Martin Jol. He was a real father figure to me. But I had to go for it.”

Having been at Fulham for a number of years, Foyston was a popular member of the setup and was presented with a parting gift from Damien Duff.

“When I was leaving, he gave me a book – The Alchemist. It’s a fable about following your dream. He wrote a little passage on the first page saying he felt the book would be important for me as I went on my journey. I’m not much of a reader but I read it on the flight to Stockholm and I thought, ‘This can be me.’” 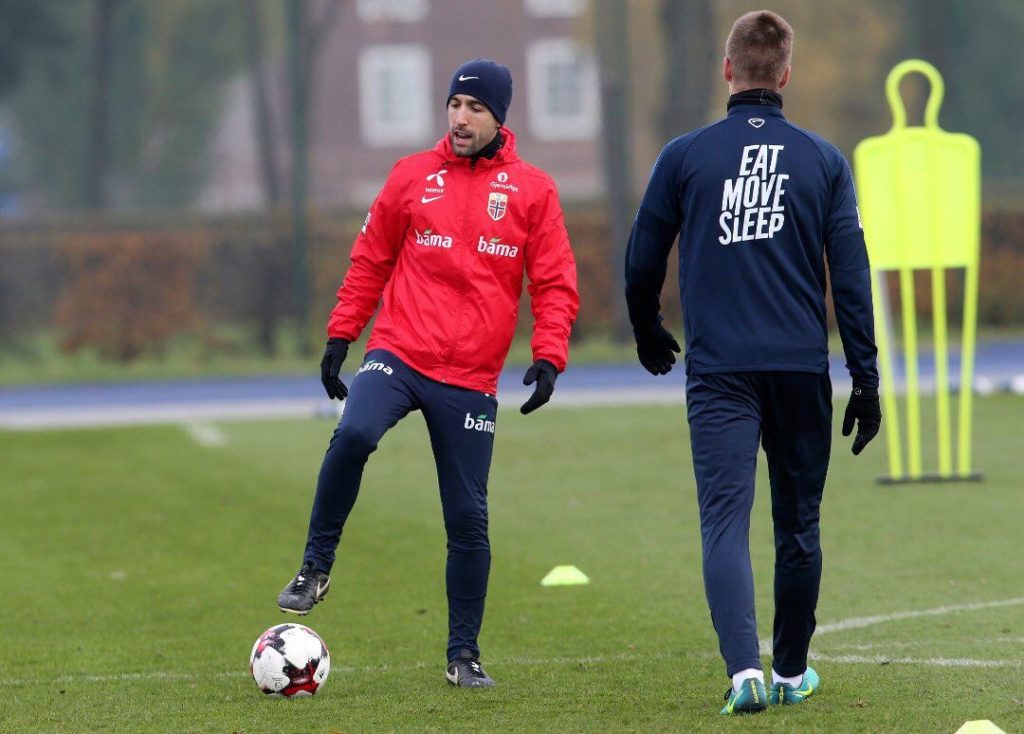 Foyston made a new home in Stockholm but went without work for three months, even turning down an analysis role at Elfsborg.

“They had just won the league and the manager at the time, Jorgen Lennartsson, called me and asked if I wanted to be their analyst as they were going into Europe the next season. It was good money and the chance to start afresh but I thought if I did that, I’m taking the easy option, so I didn’t accept it.”

As he continued his job search in Scandinavia, it was an old Fulham contact who gave Foyston a helping hand in securing an interview for his first coaching role.

“Magnus Pehrsson left Djurgardens in late July and was replaced by Per-Mathias Hogmo,” he explains. “I knew Brede Hangeland had played with him for Norway’s Under-21s. So I called Brede and asked for his help and he rang Pet-Mathias on my behalf. The next thing I was going for an interview.

“We talked about my experiences and what I’d come to Sweden to do. By the end of the interview he’d offered me a job as assistant coach. The way Djurgardens played was the same way Roy had at Fulham and a system I felt strongly about. I felt comfortable going into the job.

“We had a fantastic end to the season. I spoke Swedish but most of the players were fluent in English so there was no language barrier. And because we’d done so well, Per-Mathias was offered the Norway job. He said he wanted me to go with him, but I’d only been with Djurgardens for six months.

“I said I’d do the national job on a part-time basis and juggle both roles. It had all come a little bit too quick for me and I wanted to stay at Djurgardens to continue learning.

“But ambition takes over. A new coach came to Djurgardens (Per Olsson) and we started to play a bit differently. It didn’t feel like the same Djurgardens to me and my role became a little bit less. I decided to take the Norway job on a full-time basis in August 2014.” 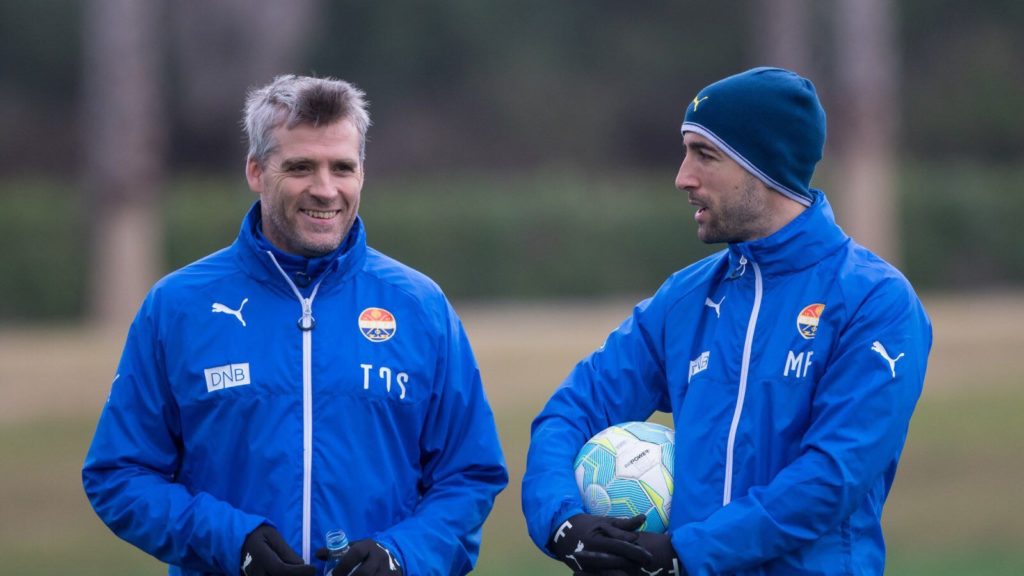 Despite being set a remit of reducing the average age of the Norway team, the country’s failure to qualify for the 2016 European Championship put the pressure on. A series of defeats in qualifying for the 2018 World Cup saw Hogmo step down in November 2016.

“It was a tough one,” reflects Foyston. “We took the direction that we were going to start afresh and bring in a lot of young players. In our last game of Euro qualification, we were playing Italy away in Rome. We were 17 minutes away from winning and finishing top of our group.

“But football is a game of fine margins. A cross came in around the 73rd minute and instead of clearing the ball one of our defenders decides to try and chest it back to the keeper. It falls short, Italy score and we eventually lose 2-1. We ended up finishing third in the group and went into a play-off with Hungary.

“From being underdogs throughout the whole qualification period, suddenly we were expected to kill Hungary. We sold out the national stadium and the expectation changed. That played a big part in regards to the stress and pressure that went into those play-off games. We lost.

“After we were beaten by the Czech Republic in a World Cup qualifier, Per-Mathias decided he was going to quit. I was gutted to see him go; I owe Per-Mathias everything. I still had a job with Norway but I was approached by the manager of Stromsgodset, Tor Ole Skullerud, who I had briefly worked with for Norway when he was assistant coach.

“I was still under contract with Norway until 2017. I could have stayed and been paid for another year but an agreement was reached for me to go to Stromsgodset. We had a difficult start, but since June we really picked up and the last couple of months have been great.”

On his long-term ambitions and whether he plans to step into management, Foyston is reserved. But don’t be surprised to see him in the hotseat before too long.

“One day I’d like to have that ambition of being a manager, but right now I’m concentrating on being the best I can be in the role that I have. If anything comes as a result of that in the next few years, we’ll take it from there.”