The evening sun breaks through the cloud and dances on the glass of the four towers that emerge from the Madrid skyline. There is a sticky heat in the neighbourhood of El Pilar, in the north of the city, where AD Unión Adarve lead FC Vilafranca 1-0.

The bobbly artificial surface encourages frenetic play. Players wear body art in the form of friction burns from last-ditch tackles. Each bounce of the ball sends a spray of rubber pellets in to the air. A collective shout comes from the home bench, indignation at an agricultural challenge. The dugout is pockmarked by holes, no doubt inflicted by those hot waves of post-substitution fury. One panel of fibreglass peels away from the metal frame. As things stand, Adarve will progress to the next round of the play-offs; one step closer to promotion to the Segunda B, Spain’s regionalised third division.

Ten kilometres south, the Estadio Vicente Calderón perches on the bank of the Manzanares River. This summer Atlético de Madrid will leave their home of 51 years for the Wanda Metropolitano, a state-of-the-art stadium on the other side of the city. The Calderón, shabby yet endearing, will become rubble – but hopefully, not quite all of it. Revista Líbero, an independent football magazine, is looking to give features of the old ground a new lease of life.

Líbero has launched #EternoCalderón, a petition-based campaign to encourage Atlético to donate the ‘organs’ of the stadium – the floodlights, dugouts, seats and so on – to amateur clubs in Madrid that face a perpetual struggle to survive. Clubs like AD Unión Adarve. It is a bid to ensure that the afterlife of the stadium takes a more tangible form than warm sentimentality in the collective memory of the Atlético fanbase.

“A stadium never disappears,” explains Diego Barcala, the editor of the magazine. “Its people, its spirit, its history live on. If the ‘organs’ too live on in the grounds around Madrid, Atlético will have done an amazing job of eternalising their stadium.”

There is something about the Calderón that appeals to the football romantic. The seats are cramped, the stands are steep, and the gents’ toilets are equipped with a deep and a shallow end. Yet when the atmosphere begins to simmer, nothing else matters. 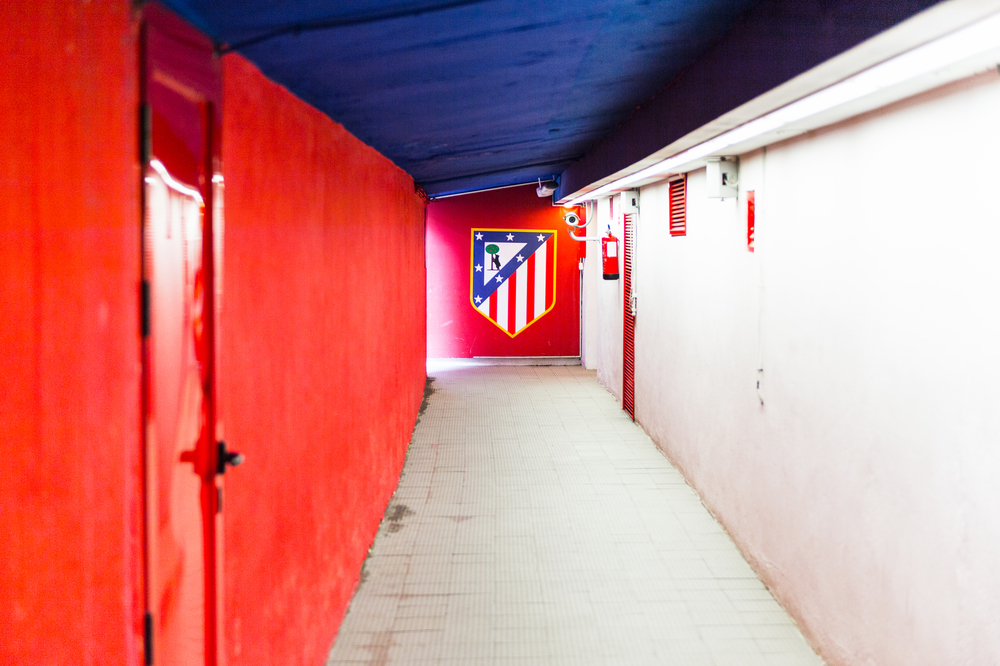 Nerves give way to elation as the final whistle blows at Adarve. A man walks passed in an Atlético shirt, a racket in his hand. He is arriving to play padel, a sport perched between tennis and squash, on a court adjacent to the pitch. Adarve are the home team, but this is not their home turf. The club’s modest ground didn’t meet the requirements to host the play-off match. As a result, a local municipal facility hosted the clash.

Adarve are one of 11 clubs that would benefit from the #EternoCalderón campaign. “No club at this level can afford to survive like this,” says club president Luis Gómez. “It is a constant struggle.”

A short distance away, Emilio Casares stoops into a battered Citroen, a cigarette drooping from his lips. He is the maintenance man at CD La Resaca. The diesel engine splutters in to life like a chesty cough. The car criss-crosses the pitch, dragging a metal grill behind it to smooth the gravel.

“This club is absolutely fundamental to the neighbourhood,” says Casares. All of the clubs have this in common. The facilities are humble, but they are woven into the fabric of their communities.

“In reality, these clubs are sporting schools, founded by fathers who wanted somewhere for their children to play,” Barcala explains. “It is a different culture of club to that which we see in England or Argentina.”

The architect of the campaign reiterates that, first and foremost, it is about paying homage to the Vicente Calderón. It is an idea Atlético supporters have embraced. “They are proud of the idea, and see it as a great way to keep on honouring the stadium,” he says. Perhaps this reveals something about Atlético fans’ identification as standing apart to the commercial omnipotence of city rivals Real Madrid. Backing the campaign is a means of clinging to a salt-of-the-earth quality that feels somewhat incongruous with their move to the Wanda Metropolitano, a modern bowl-shaped stadium named after a Chinese property firm. 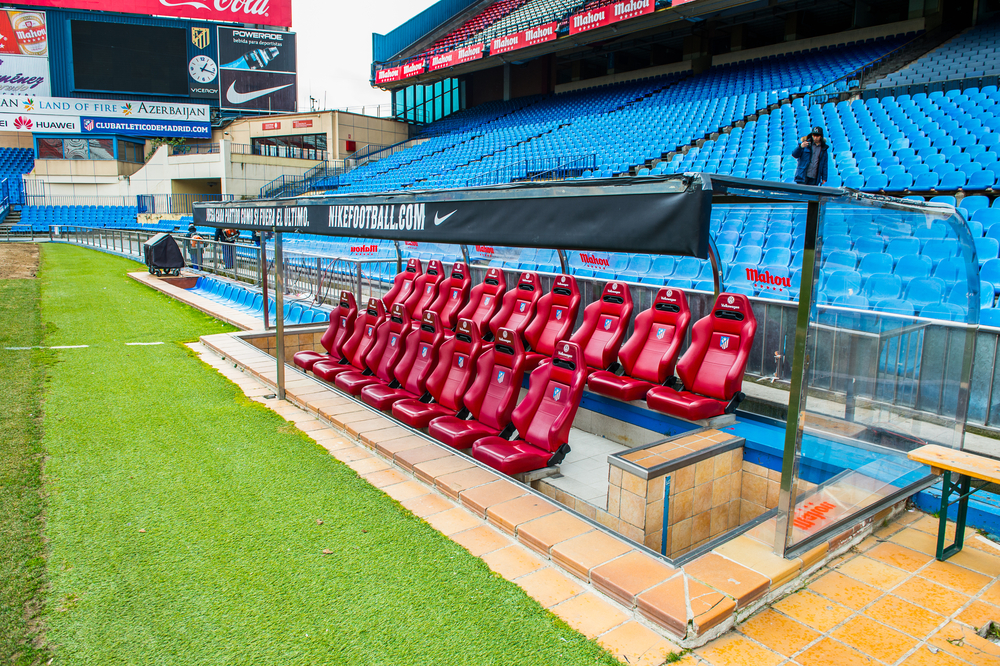 There is a precedent for ‘organ donation’ of this nature in Atlético’s history. When the club moved from the original Metropolitano to the Calderón (then called the Estadio Manzanares) in 1966, the floodlights from the old stadium were given to Andalusian side Real Jaén. But on this occasion the response from the club has been less cooperative. “We had a conversation, and they didn’t show a willingness to collaborate with us,” explains Barcala. “They thought that we should have launched the campaign jointly with them, but we believed that it was a public petition, and nothing to do with the agenda that the club has for the stadium.”

Yet he is content with how the campaign has developed. “I think that we have put on the table the savage inequality between the professional clubs in Madrid and grassroots football. Clubs with pitches and changing rooms that look like they are from a war-zone share the territory with professional mega-structures. We have made it clear that Atlético de Madrid and Real Madrid have a responsibility to the clubs they share the city with.”

The campaign raises pertinent questions about the obligations, if any, that professional football has towards its amateur relations. The theme is accentuated in Madrid, where two of Europe’s elite clubs live cheek by jowl with teams that are running on empty. But the idea is applicable in every major city. Should Chelsea gift the Stamford Bridge scoreboard to Sutton United when the club move to pastures new? A dugout to Tooting and Mitcham? There is no obvious reason why this process could not become a normal product of leaving a stadium.

The donation of resources from the Calderón would be a philanthropic act, but it would also support the mutually-beneficial relationship between the professional and amateur game.

Adarve president Luis Gómez describes #EternoCalderón as “a magnificent opportunity to scatter the seeds of the Calderón across Madrid”. And those seeds can germinate to help the game as a whole. It is on the dusty, worn pitches of Adarve, Barajas, or Alcalá, that young players first learn to express themselves with a ball at their feet. These pitches are the domain of the Fernando Torres or Koke of tomorrow.

It is in Atlético’s interest to put an arm around the shoulder of the football that suffers around it. Not least so the Calderón will live on.