This is an extract from the new quarterly Nottingham Forest magazine Bandy & Shinty, which you can get your hands on here.

Memories are strange things, particularly from your childhood. They stick with you and form who you are. Even then, you can remember the most insignificant things, like playing French cricket in the garden with your cousin, or a trip to Homebase (Castle Marina, followed by tea at the Baltimore American Diner), but still have absolutely no recollection of supposedly epochal and rite of passage moments, like your first day at school.

For years I was convinced that I remembered my first ever Forest game very clearly – Wimbledon at home, 1988, we lost 1-0 and my head was filled with visions of Stuart Pearce charging up and down the left flank. Pearce was there in HD, my mind’s eye perfectly recalling the impact this mass of thigh and blonde hair had on me, a viscerally thrilling sight for a five year-old seeing all this in the flesh for the first time.

Thing is, I looked up the team not long ago, and Pearce wasn’t playing that day. Brett Williams, with his accountant’s moustache and perennially temporary presence, was at left-back instead. As it turns out, memory is flawed, scraps of recollection completed by projected images to fill in the gaps, like the scientists at Jurassic Park filling in holes in the dinosaur DNA with strands from frogs. 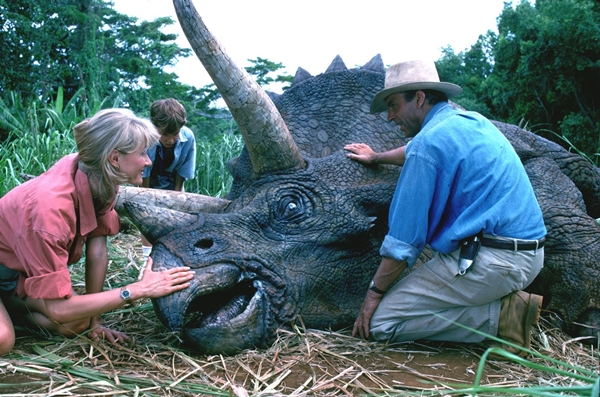 A few years later, memories formed more clearly, but I rather wish they hadn’t. I should either have been born ten years earlier, so I could remember the real glory days, or five years later, so that first unfamiliar sting of failure was lost in the fug of near-infant memory, just like the first game was.

Even though I wasn’t around for the Miracle Years, my Forest-supporting life until 1993 had been one where success was the standard. By the age of nine I’d been to Wembley four times in three seasons, where I’d seen Forest win twice, and cried after we’d lost twice. We never challenged for the title, but finished third in the first season I went to games, and solidly top ten in the following three seasons. I was also vaguely aware of the history, that our increasingly eccentric and shambling manager was once the most charismatic figure in British sport.

I knew about Trevor Francis and John Robertson and Viv Anderson, but at that point wouldn’t be convinced, despite my father’s patient insistence, that they were better than Lee Chapman and Ian Woan and Brian Laws.

There seemed to be a collective delusion, an entire fanbase living in denial, aided and abetted by the wider media: just as in 1977/78 few pressmen thought Forest were good enough to win the league, in 1992/93 not too many could possibly imagine we were bad enough to go down.

All of this was cruelly reassuring to an impressionable child, still only loosely aware that adults could be wrong about things like this. For even as the season spiralled towards its calamitous inevitability, I was still pretty convinced that we’d get out of it, somehow. This was pure delusion, but at the time I didn’t know that. I was a boy, and I’d been tricked into thinking, by presumably well-intentioned people who theoretically knew better than me that, like a flash flood or a ruinous election result, it would never happen.

For those that did or should have known better, the signs were of course there. Des Walker departed without being adequately replaced, although amusingly The Guardian’s pre-season preview lamented more loudly the sale of Darren Wassall – ‘a versatile defender of no mean potential’ – to Derby.

Teddy Sheringham also went, and no fitting player was found to fill the No.10 shirt: throughout the season rumours abounded that Stan Collymore and Dean Saunders (at that point still a pretty big deal) would arrive, but instead we got Gary Bannister and Robert Rosario.

There was Pearce, too. Injury saw him miss the last third of the season, but in truth he wasn’t the same player for the time he was fit: he later explained, in an interview with FourFourTwo, that a disagreement with the manager meant he didn’t do enough for the whole campaign. If you’d told me – the child who didn’t think it was possible for Pearce to be anything other than a shimmering hero – that a ‘vendetta’ against the manager meant his mind wasn’t on the job, it’s possible I would have lost faith in humanity. It happens to us all eventually, but when you’re nine it might have been a bit much.

And then of course, the manager. There’s a clip of Brian Clough in one of the later games in the season, gone behind the eyes and looking like a substandard waxwork of the man he once was, sitting in the dugout, leaning forwards with two thumbs up, shaking them in encouragement.

He seems to be half-begging, half-praying to an unnamed deity – possibly the spirit of his previous successes – that everything is going to be OK, when all available evidence made it clear that wasn’t the case. It’s heartbreaking. The tales of him hiding in his office, gently lamenting where it had all gone wrong, unable to face anyone when in previous years he couldn’t bring himself to walk past a microphone, are even more so.

I was perhaps born at the absolute worst time to be a Forest fan, early enough to be not just aware of success yet still inculcated with the idea it was the norm, late enough to be fully aware of that normality crumbling, and for the following years to be largely comprised of drudgery.

The 1992/93 season initially looked like a blip, that Forest would return and reach something like their previous glories again, but in fact it set the tone for the next near-quarter of a century. That was the first of four relegations I’ve witnessed, but it was of course the most painful and affecting.

Memories are strange things, particularly from your childhood. They stick with you and form who you are.