“I used to support Manchester United,” says Somyot Poompanmoung, the president of the Football Association of Thailand, leaning back in his chair as we sit in a conference room in a Bangkok hotel. “Now I support Leicester,” he shrugs. “Why not?”

With Liverpool and United – the traditional English powerhouses to support in the Land of Smiles – going through a sticky patch at the moment, it’s perhaps not surprising that local fans are looking elsewhere. And when Somyot, the former police chief of Thailand with his ties to the military junta and, since February, the boss of the country’s football scene, is a convert then others are sure to follow. 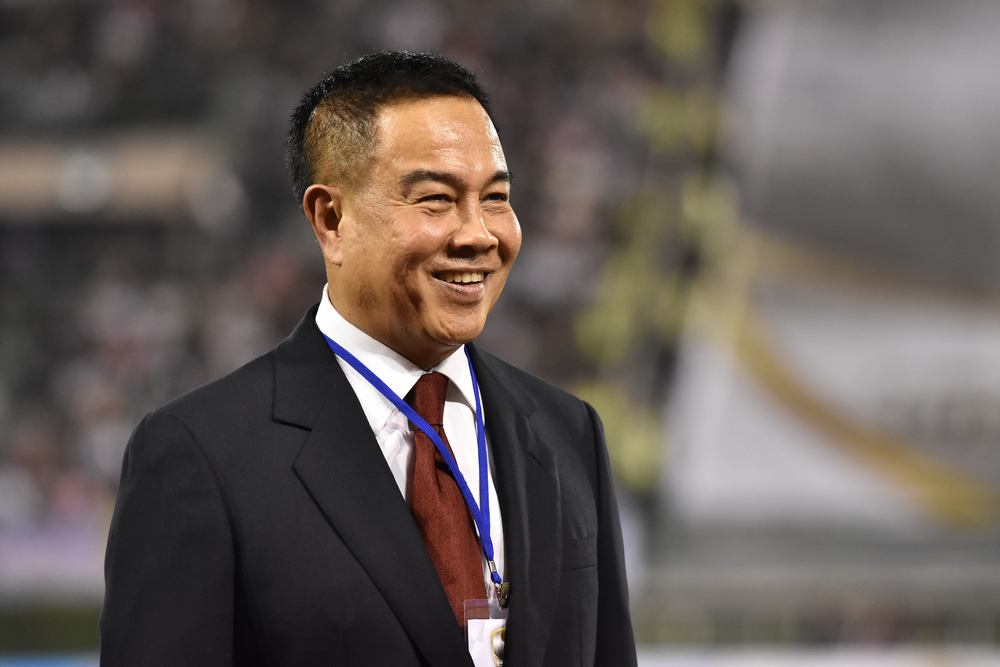 There are other signs too. In the north of Bangkok, not far from the old Don Muang airport that for years introduced travellers from Europe to one of Asia’s most fascinating metropolises, lies the famous Chatuchak market. It is as crowded on a Saturday afternoon as Leicester City’s stadium. There were no Foxes shirts taking pride of place next to the Real Madrid, Barcelona and Chelsea tops on the walls of the stalls but, sure enough, there in the racks was the increasingly famous blue uniform with King Power, the duty free retail giant, emblazoned across the chest.

A full kid’s shirt-and-shorts combo was going for not much more than you’d pay for a bottle of Singha beer in London, though King Power gives them away for free at Leicester on special occasions. The last time was Christmas, but there could be an even bigger celebration coming in the next few weeks.

The club’s rise has been noted with as much surprise in Southeast Asia as the East Midlands. After King Power founder and CEO Vichai Srivaddhanaprabha bought the club in 2010, there was a little interest but not a great deal of enthusiasm. There may be plenty of Asian followers of European clubs but the vast majority prefer the big boys, and Leicester have never been one of those. 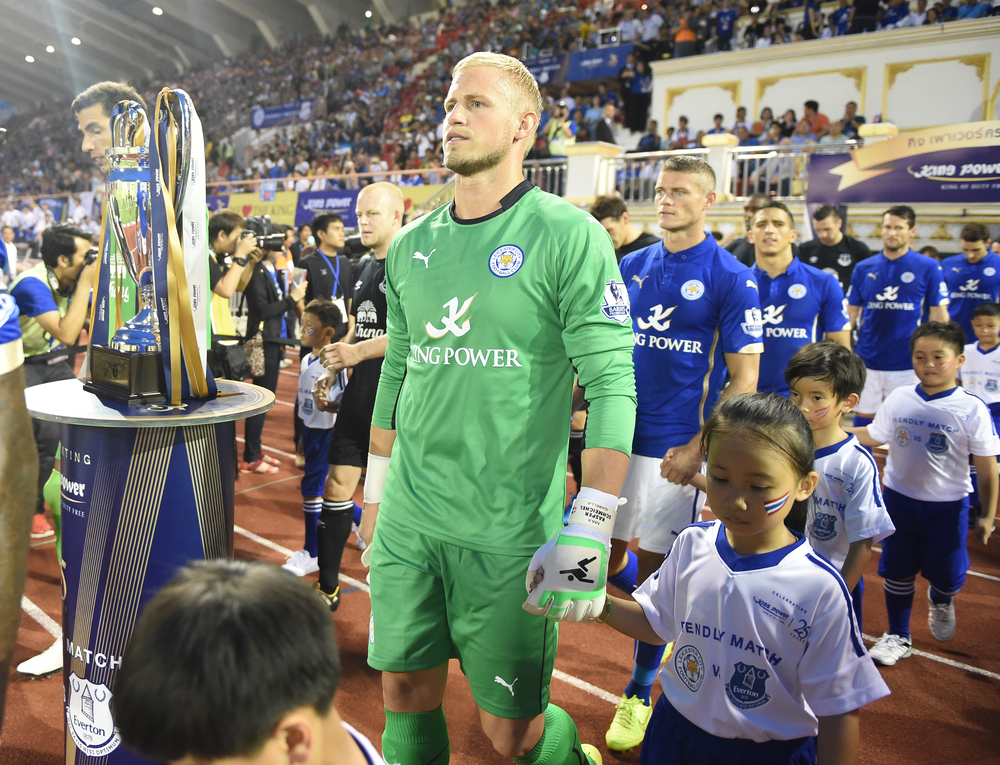 King Power taking over Leicester may have been perceived in England as just another foreign owner getting involved, but the company are major players in Thai football and politics. February’s bitter FA presidential election campaign to find a successor to suspended former FIFA EXCO member Worawi Makudi split the country’s football scene. Incidentally, Makudi was once accused of agreeing to vote for England’s doomed 2018 World Cup bid if he was given personal control over TV rights to a friendly between the Three Lions and the War Elephants.

On one side of the election was the man seen as Worawi’s proxy, Charnvit Phalajivin, along with much of the media and plenty of clubs. Eventual winner Somyot was quietly backed by the government, the rest of Thailand’s top-flight teams and King Power. Somyot was extremely grateful for the support and kicked off his campaign sporting a Leicester shirt with the word ‘FAIR’ on the front. 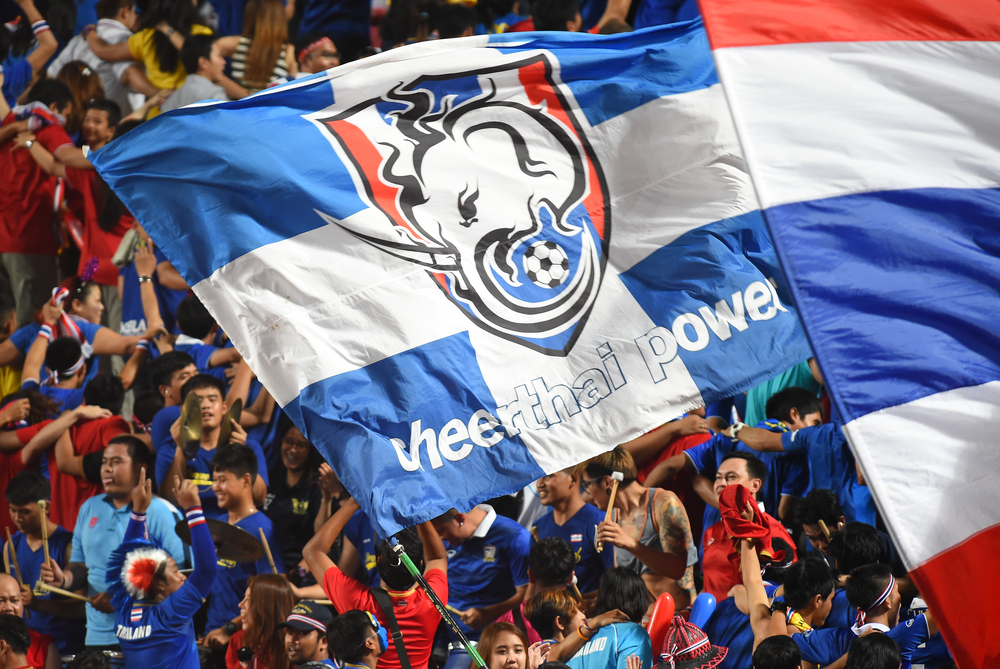 Owning the English Premier League champions would be another feather in King Power’s cap. It could also attract more wealthy Asian tycoons to the perceived excitement and riches on offer in England’s promised land.

A year ago when Leicester were bottom of the league, I chatted with Pavin Bhirombhakdi, the president of Bangkok Glass – one of the leading clubs in the country – overlooking the pitch at the Leo Stadium in the northern outskirts of Bangkok. “In the past five years, we have been approached by a number of clubs in England who have asked us if we were interested in becoming shareholders or investing,” he said.

The timing may not have been right for Bangkok Glass (who have an informal policy of trying to sign handsome players to attract the girls to the stadium, who will in turn bring the boys. They also have the Glass Rabbits, a bunch of famous female fans who stand behind the goal and get in the mood by drinking free beer and eating chicken in the club canteen before the game) but it has been for others and the boss understands their desire to get involved. 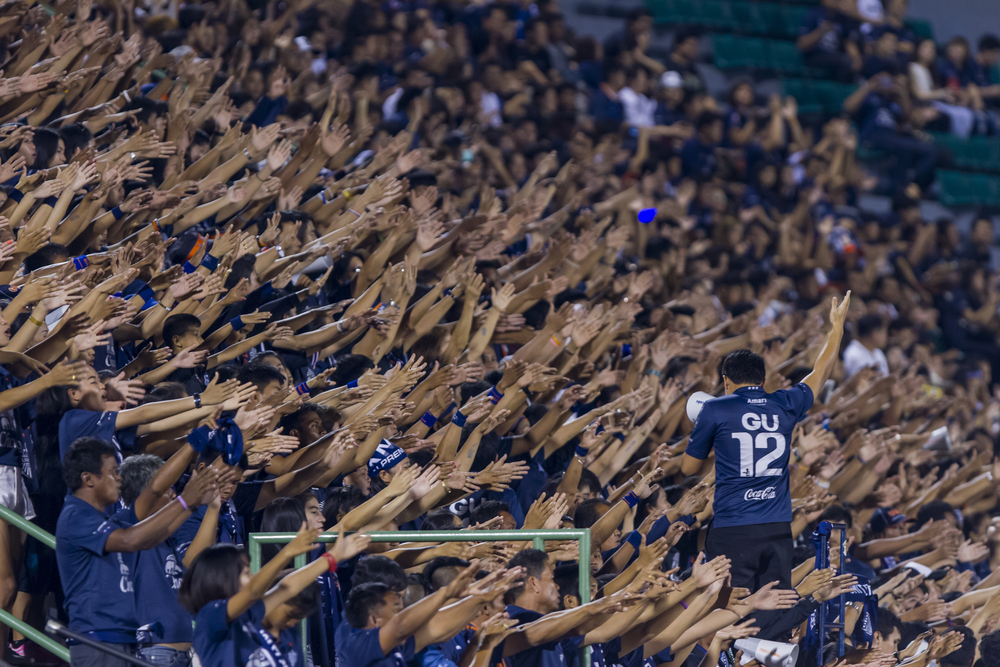 “For the Thai owners of English clubs, these are guys who are in their fifties and sixties and financially they have no issues,” Pavin continued. “If they were to start a club in Thailand, it would take years of work and investment but these clubs in England are ready-made. It’s true that they can help market a company but it’s about the passion too and the excitement and when you have that then you want to be involved.”

There has been plenty of passion and excitement for King Power and Leicester this season, and it has reverberated all the way back to Thailand. If the Foxes crown a fine season with the championship in May, then they will surely attract even more converts from the traditional English powerhouses in Southeast Asia.

Leicester City’s exploits are gaining them a new following in Thailand, the home of owners King Power
4.8 (96.36%) 11 votes