This is an extract from Garry Hayes’ new book John Terry: Fifty Defining Fixtures, which is available on Amazon here.

John Terry has spoken eloquently throughout his career about the demands of wearing the captain’s armband at Chelsea.

For him, it was not merely about turning up on a Saturday and barking out orders on the pitch. Terry has understood the position and level of duty that envelopes one in such a position of authority. The title is a small part of it.

“I was involved in the first team quite a bit when I was younger, even if I wasn’t actually playing,” Terry once recalled. “I used to sit back and just watch and listen. Before Marcel [Desailly], [Dennis] Wisey had the armband and he was a bit more of an in-your-face kind of captain, a ranter and a raver and typically English.

“He knew exactly how to get the lads going and get the best out of everyone. He recognised that some players might need an arm around them at half time, whereas others he’d go absolutely mad at.

“I’d be thinking, ‘Why is he doing that?’ But then you start to understand. Some players don’t like to be told they’re having a poor game. They know that already. But others do – they need geeing up. And it taught me how important it is for a captain to get to know the different personalities of the players in the team as soon as possible.

“Marcel was a bit quieter as a captain but he was very strong in what he said. When he spoke, everyone listened. He was one of those. But there’s a lot of being a captain and I really learned from both of them. It’s not just about the fun stuff everyone hears about like organising go-karting and paintballing. It’s as much about things like looking out for the players who don’t play every week, keeping them happy and focused in training.

“In those situations, sometimes a player’s head can go. Sometimes they might not want to speak to the manager about their situation so it’s my job to be a kind of liaison between the two.”

Terry has also understood that as captain, he needed to play a similar role between the club and fans. He needed to be the figurehead, a voice to bond the boardroom with the terraces. That is done in many ways, whether it be by educating those in the dressing room of what it means to defeat a rival or when winning the title, reminding the fans of who has helped the club reach the level it has, like he did when parading Roman Abramovich around the Stamford Bridge pitch at the end of 2004/05.

The burden of the captaincy has rested comfortably on Terry’s shoulders. He has embraced it and at times, exploited it to his benefit at others.

When Bayern Munich visited Stamford Bridge in 2005 for a Champions League quarter-final, the fall-out from defeating Barcelona in the previous round was still lurking in the background. Jose Mourinho would soon receive a stadium ban for his accusations against referee Anders Frisk’s conduct in the Nou Camp when Chelsea defeated Barcelona in the previous round, preventing him from attending the second leg against Bayern back in Germany.

The frenzy was being fed on a daily basis, although Terry looked unfazed by it all to the point he was willing to follow Mourinho’s lead in sticking it to the man. In this case, it was very much UEFA.

When 10-year-old Joel Saunders arrived at Stamford Bridge for the game, he was supposed to be Chelsea’s mascot for the night. It soon turned sour for him, though.

UEFA’s regulations at the time dictated that both clubs must have mascots to lead them out otherwise there would be none. With Bayern not bringing one themselves, officials from European football’s governing body approached to tell Joel he would not be stepping out under the lights at Stamford Bridge after all.

“I was gutted to be honest,” he remembers. “It was something I had been excited – and nervous – about since I knew I was going to do it. With all that expectation of leading the team out, meeting John Terry and the players, it was heart breaking.”

Now, by this stage of his career, Terry had already carved out a reputation for arriving late to save the day for Chelsea. Lest we forget, he had done exactly that with his header against Barcelona to seal the 4-2 victory that had set up this tie with Bayern.

Walking through the East Stand reception as he made his way to the dressing room, Terry could not help but notice the distraught youngster all kitted out in his replica Chelsea strip.

“JT bent down and asked Joel how he was,” Andy Saunders, Joel’s father explains. “Then the lady who looks after the mascots explained the situation.”

Terry was unimpressed, gesturing to the UEFA official to come over and explain the situation. He did, before exiting with the outcome not changing things. Chelsea captain or not, UEFA were not listening.

“I can’t remember exactly what JT said, but it was along the lines of him pretty defiantly telling the officials that I would be coming on the pitch with him,” Joel continues.

“John told my dad to bring me to the tunnel entrance just before the teams were due to go out and he would bring me with him onto the pitch.”

Saunders Sr has been a Chelsea supporter for many years, so was not going to refuse the gesture from the club captain, regardless of the potential political implications with UEFA.

As kick-off approached, at the tunnel entrance the pair waited in hope that Terry would fulfil his promise. He did, taking Joel by the hand to walk out to in front of a packed Stamford Bridge. 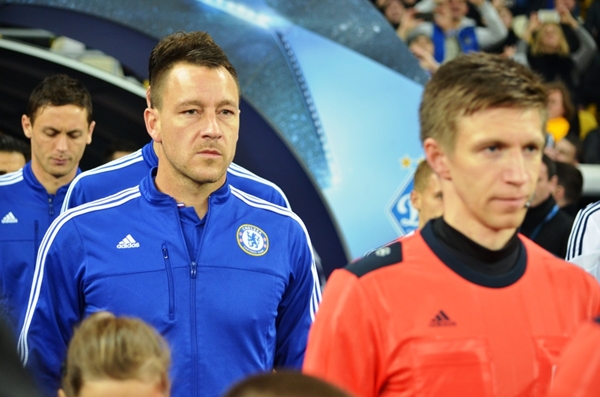 “To have him fight for me to be on the pitch was amazing,” says Joel. “I remember him really taking the time to talk to me and make me feel important, even though it was clearly a huge match he was just about to go out and play.”

This was John Terry reinforcing the values he had been passed down by Dennis Wise and Marcel Desailly. He had observed their position as captains while he was coming through and he had understood the value in what they represented.

What Chelsea did out on the pitch that night made the headlines. They completely dominated Bayern and had it not been for a 90th-minute penalty from Michael Ballack – who would join the club on a free transfer 12 months later – they would have recorded an emphatic victory. Instead the game ended 4-2.

The scoreline still outlines Chelsea’s superiority; although Bayern were never worth the two goals they did score. They were outclassed in every aspect of their performance – especially by Frank Lampard, who scored a wonderful volley on the pivot that made it 3-1.

Scoring twice against the Germans – he claimed Chelsea’s second to cancel out Bastian Schweinsteiger’s equaliser – Lampard stole the show that night, yet behind the scenes it was Terry pulling the strings. It always was.

We do not know what his team talk was before the game. Was he ranting and raving like his idol Wise would have been? Did he take the calm, considered approach more associated with Desailly? Either way, Terry was a big part of the victory for reasons that didn’t just include football, like ensuring Joel Saunders did not miss out on being mascot for the night, regardless of what the regulations dictated.

“There was nothing UEFA could do,” says Andy. “It was brilliant. I’ve always loved JT for doing that.”

The nature of events meant Joel would miss out on his chance to perform the traditional mascot duties such as rubbing shoulders with the players ahead of kick-off. “Then JT invited me back, so I went to the Aston Villa game in September the following season,” Joel adds.

There was something about the 10-year-old being mascot that brought the best out in Lampard as Chelsea would win that game, too. This time it was 2-1, with the Blues’ No. 8 bagging another brace.

Famously, Luke Moore scored the first league goal against Chelsea that season to bring to an end a run of over 10 hours for the Blues not conceding. That record dated back to the end of 2004/05 and resulted in much jubilation in the newspaper press who had been offering up incentives for any striker to breach Chelsea’s backline.

“I met all the players before the game and it was incredible. Everyone was really nice and happy to take a picture and sign my autograph book.

“We had a hell of a team that day. There was Claude Makelele, Arjen Robben, Hernan Crespo, Michael Essien – it was legends everywhere!”

And Terry was their captain.

John Terry: Fifty Defining Fixtures is published by Amberley Publishing on 15 August, priced £12.99. You can pre-order on Amazon here. 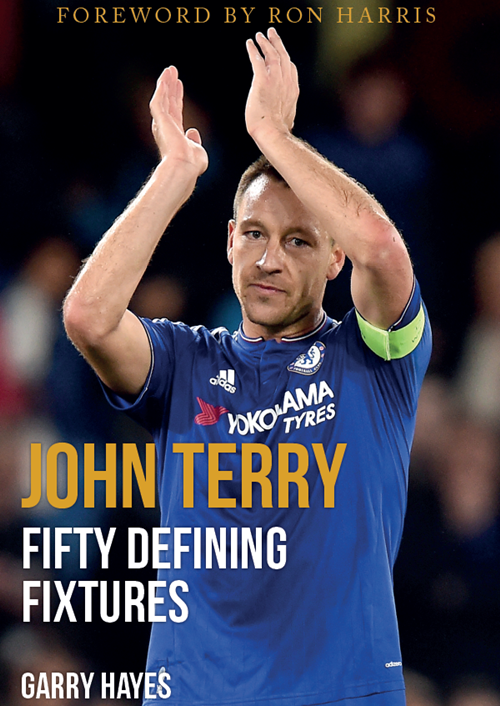