Last month Leicester City launched the Wider World initiative – a scheme designed to take their academy prospects out of the familiar football bubble and into the community.

The first trip was to a local stableyard that aims to help disadvantaged children through equine therapy. The Leicester Under-18 squad duly donned overalls and mucked in, painting fences and performing other essential maintenance.

According to Ian Cawley, the club’s Head of Academy Education, this is only the start. There are visits to primary schools, volunteering projects, and regular placements with charities all in the pipeline.

Leicester’s new initiative is, of course, A Good Thing that should be heartily applauded. But once again it raises the issue that many young footballers need an extra push to understand the challenges and hardships of the real world.

Football has long been accused of enabling or ignoring arrested development, but the situation has exacerbated wildly in a modern era awash with unimaginable fortunes and predatory agents. This has increasingly led the ‘Xbox generation’ to become much more aware of their worth, at least in monetary terms, than their predecessors.

A small but pertinent example was illustrated by former Stoke City defender Danny Higginbotham in the Independent earlier this year. Having come through the Manchester United academy cleaning Roy Keane’s boots and serving Peter Schmeichel orange squash, Higginbotham enquired on his arrival at Stoke which apprentice would be digging the turf out of his studs in exchange for a £20 tip at Christmas.

When young players care more about the colours of boots than progression then that's the problem !! https://t.co/Lg7zng4DXs

Perhaps this shouldn’t come as a surprise given that some clubs now routinely pay academy players wages that weren’t long ago considered first-team salaries. As Higginbotham noted when comparing his journey through the ranks to today’s cosseted prospects: “We were taught that if you worked hard, you would be successful and the money would follow. Modern youngsters get the money first, so why bother with the hard work?”

But it seems that football is finally beginning to fight back against the over-indulgence breeding an attitude of complacency in young players. As well as Leicester, other clubs are looking to address an issue of the game’s own making.

Liverpool made headlines recently when they imposed a £40,000 salary cap on their 17-year-old academy hopefuls. To many, that only highlights how absurd the problem has become, but it is also a welcome development.

When Nicky Butt was appointed head of Manchester United’s academy, his immediate priority was not to publicly state his hopes of unearthing another ‘Class of 92’, but instead to stress the importance of keeping young players on terra firma.

“A massive part of the academy is to keep them grounded and not give them too much because there’s a lot of stuff in the papers about how other clubs have got X, Y, and Z,” said Butt. “We don’t believe they should have that much at an early age.”

The importance of education is central to this aim, and perhaps something that has been neglected in the maelstrom of escalating Premier League power.

Matt Clarke, Ipswich Town’s Head of Education and Welfare, is rightfully proud of the club’s work in this regard, with academy youngsters receiving schooling that prepares them for all eventualities.

“We make their education programme compulsory and part of their scholarship is they complete it,” said Clarke. “For example, we have a second year scholar who regularly travels with the first team. If that’s a Tuesday night he’s always in college on the Wednesday.”

The curriculum includes a skills programme where external speakers from the community are brought in, while the club also have an exit strategy for the majority of kids who don’t go on to sign professional forms. The safety nets include opportunities to attend university or further scholarship programmes in Sweden and America.

Despite these precautions, the spectre of avarice is always lurking, and Clarke has seen first-hand the difficulty in giving young players perspective when they are often promised so much.

“It can be a battle because with agents these days,” Clarke continued. “They promise them things and if the boys start to complain about one thing or another the agents say to them ‘We can get you a move’.

“It’s obviously not as clear cut as that as they are contracted here. Certainly that seed of thought though is put into their heads.” 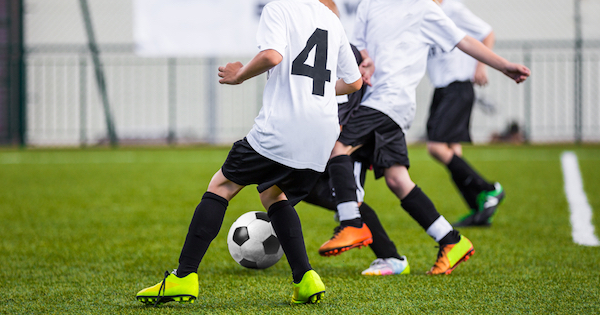 The game often struggles to police the detrimental influence of some agents, but with regards to football’s ‘too much, too soon’ culture it could be argued they are simply capitalising on an environment that has over-rewarded potential to create a false sense of entitlement.

Consider, too, the sincere belief that superstardom is just around the corner and, in some case, promising players quickly become pampered princes.

This is perhaps why Manchester City recently took the decision to ban their Under-18s from wearing multi-coloured boots – a policy aimed at instilling discipline into their young prodigies.

Clarke approves: “I think more can be done. I know that United do that too by insisting on black boots.

“We have a situation here where players can wear whatever boots they like and we also have some 18-year-old apprentices with significant tattoos. My personal view is I would support that limitation. I’m a big fan of the black boot and tattoo rules that City and United do.”

There are others, though, who vehemently disagree. One such individual is Paul Edwards, a UEFA ‘B’ Licence coach who has spent eight years working at grassroots level. “I have met probably hundreds of people who want to be professional footballers. At no point have the colour of their boots reflected the content of their character,” said Edwards.

“This particular rule feels like it’s from the 19th century. The issue here is that people embarrassingly high up in the English game are using stereotypes of what “proper players” look like in order to create the next generation; a generation of kids that has grown up possibly as the most disconnected from the adults who preceded it.”

Whether the hue of an apprentice’s footwear has any real impact on their attitude is open to debate, but such prohibitions are becoming more commonplace throughout elite clubs.

Around Europe, Barcelona have banned tattoos, coloured hair, earrings, and untucked shirts, while Bayern Munich refuse to allow players to train or take part in matches if they neglect their studies.

It appears standards are being raised across the board. With the charitable ventures undertaken by Leicester, Ipswich’s admirable focus on education, and the salary caps and training rules introduced at Premier League clubs, football is fighting back against the monster it created.

There is still much more to be done, but unquestionably it’s a start.