It’s not long until Euro 2016 kicks off, with some 500,000 British fans expected to make the short journey across the English Channel to France. To see how preparations for the tournament are coming together, we were invited by Eurotunnel Le Shuttle to host city Lille, where six matches will be held over the next month.

After driving from London to Folkestone on Friday morning and taking the 35-minute shuttle under the sea to Calais, we arrived in Lille at lunchtime where we were greeted by banners heralding the start of Euro 2016. With a new 50,000 seater stadium, Stade Pierre-Mauroy, which opened in 2012, the city has been gearing up for the competition for some time, and there was a sense of excitement and expectation on the streets.

In many ways Lille is an ideal host city. It missed out on being a base at the 1998 World Cup to nearby Lens, but with lots of green spaces, great bars and restaurants, and a perfectly positioned fan zone near the train station, everything is in place for football supporters from across the continent to enjoy their visit when Euro 2016 begins. Plus, there’s plenty to do aside from watching three matches a day during the group stage.

I was joined by Andrew Gibney, a French football writer and Lille season-ticket holder, who previously lived in the city and returns every other week to watch his team in action. In terms of a travel guide, this turned out to be the ideal choice. The first thing we did was head to the Grand Place, a wide open square flanked by the opera house and other examples of fine French architecture. The official name is Place du Général de Gaulle, taking its title from former president Charles de Gaulle, who was born in Lille in 1890.

It is easy to picture football supporters assembling in the square to celebrate a victory, perhaps after France face Switzerland at Stade Pierre-Mauroy in their final group game, and there are numerous places to grab a bite to eat in the winding streets that branch off from the plaza. Andrew’s recommendation was Les Trois Brasseurs, a traditional tavern that brews its own beer and serves food that is typical to the Flanders region. 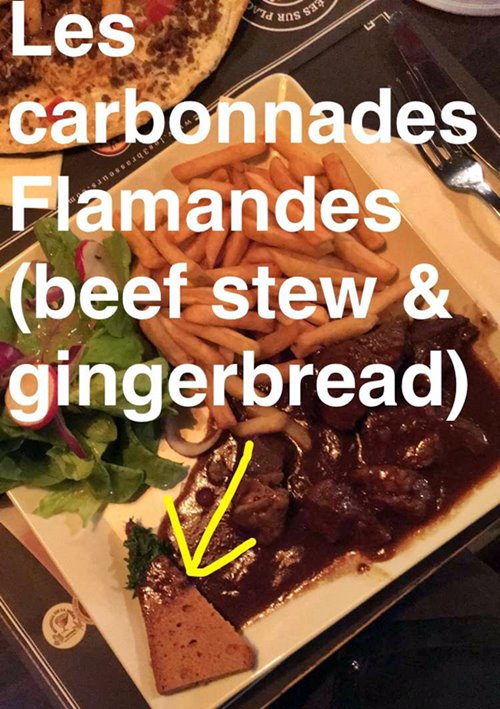 One such dish is Carbonnade à la Flamande, a Flemish beef stew which highlights Lille’s proximity to the Belgian border. Rich and sweet in flavour, it’s served with an unexpected, but nevertheless delicious, chunk of gingerbread. “This will be popular with the football fans,” said a fellow diner. There was no disagreement from us.

After a quick unscheduled stop at the Lille club shop for Andrew to buy a shirt (seriously, he’s their biggest fan), we resumed our tour of the city, heading to the Palais des Beaux-Arts de Lille, the country’s largest art museum outside Paris. The building is as impressive as the exhibits housed inside, and it’s only a short walk down the road to the town hall belfry, a 104m high tower which offers a fantastic panorama of the city. 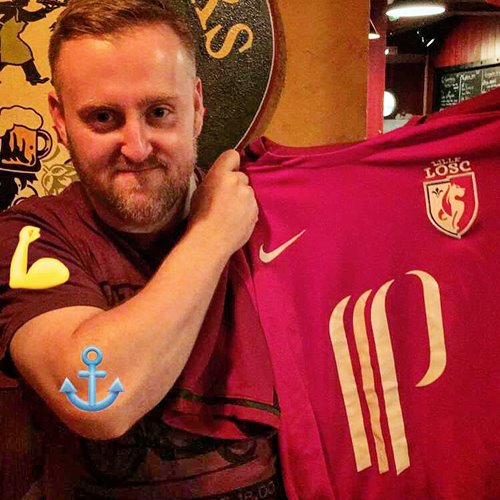 Although Lille’s Euro 2016 fan zone doesn’t open until the competition kicks off, we decided to explore the terrace in front of the train station where Germany and Ukraine supporters will mix with locals ahead of the opening game at Stade Pierre-Mauroy, a short metro ride away, on Sunday, June 12th. It’s the perfect space to enjoy good weather, good food and drink, and good company in what is hoped will be one of the most memorable international tournaments in recent years.

There were a number of people posing by the giant Euro 2016 sign for photographs, wishing, as we were, that the fan zone was already open and the football had begun.

Lille comes alive in the evening, with a relaxed crowd chatting and drinking on the restaurant tables that line the streets. We stopped off at MacEwan’s pub on the way to dinner which, despite its name, wasn’t as Scottish as Andrew – a true Glaswegian – had hoped. That wasn’t a problem, though, as we were greeted by an extensive selection of Belgian beers. It was a wise move to stick to the local IPA Anosteke and resist the persuasion of the neighbouring group ordering pints of 10% Paix Dieu. 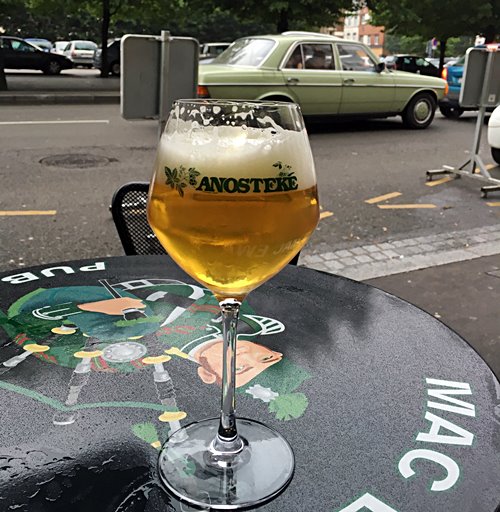 Andrew arranged to meet friends from local Lille supporters’ club, Y’est D’Dins, at restaurant La Ducasse for dinner. As well as bemoaning Lille’s recent defeat to Paris Saint-Germain in the Coupe de la Ligue, the group told us of their excitement at being a host city for Euro 2016 as we tried the local cheese, Maroilles, and shrimp croquettes.

Rue Solférino is the place to venture when the restaurants close and, as we were staying in the centre, it was within a short walking distance of the hotel. It’s difficult to imagine anyone drinking pints of Paix Dieu earlier in the evening would manage to last the pace, but the late bars and clubs were packed with patrons of all ages singing French football chants as the night hummed with anticipation. 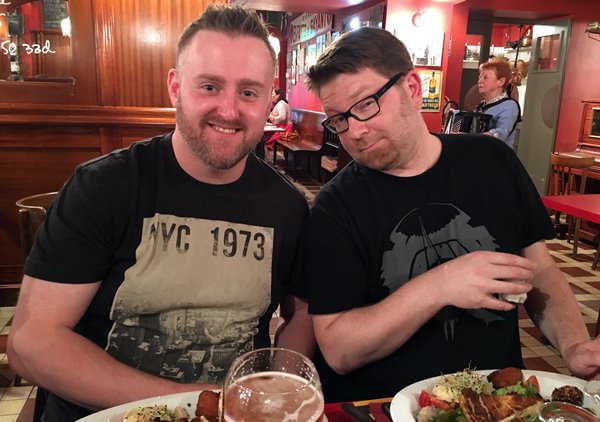 In the morning we had time for breakfast at one of the many pâtisseries near the Grand Place before the short drive down the motorway to the Eurotunnel terminal. In a week’s time Andrew will return to Lille to watch France v Switzerland, when the city will be buzzing with football fans from all over Europe. If they’re looking for the ideal destination to soak up the atmosphere around the tournament, they’ll have come to the right place.

For more information on booking your own trip to Euro 2016, check out the Eurotunnel Le Shuttle website. And visit the inspiring ideas page for more of the best places to soak up the atmosphere in France.