On Wednesday night Thomas Tuchel looked more like an orchestra conductor than the coach of Borussia Dortmund. Such was the exuberant manner in which he furiously waved his arms, at times it was difficult to take your eyes off him and watch the semi-final of the DFB-Pokal (AKA the German Cup).

Just under ten minutes into the first half, Tuchel straightened his hands by his side before bending over to yell at his team. They hadn’t seen his gesture to play the ball over to the opposite side of the pitch where full-back Marcel Schmelzer was ready to make a run in behind. On another occasion, Tuchel shuffled his hands from side to side as if performing a Hawaiian Hula dance. For all the wild gesticulating though, the conductor got a fine tune out of Dortmund. Goals from Gonzalo Castro, Marco Reus and Henrikh Mkhitaryan ensured a well-deserved victory and a return to Berlin in a month’s time for the final against Bayern Munich.

They always looked comfortable at the Olympiastadion but, then again, when Dortmund make their way to Berlin around this time of year, it’s usually to play in the DFB-Pokal final which they have now reached in four of the last five seasons. 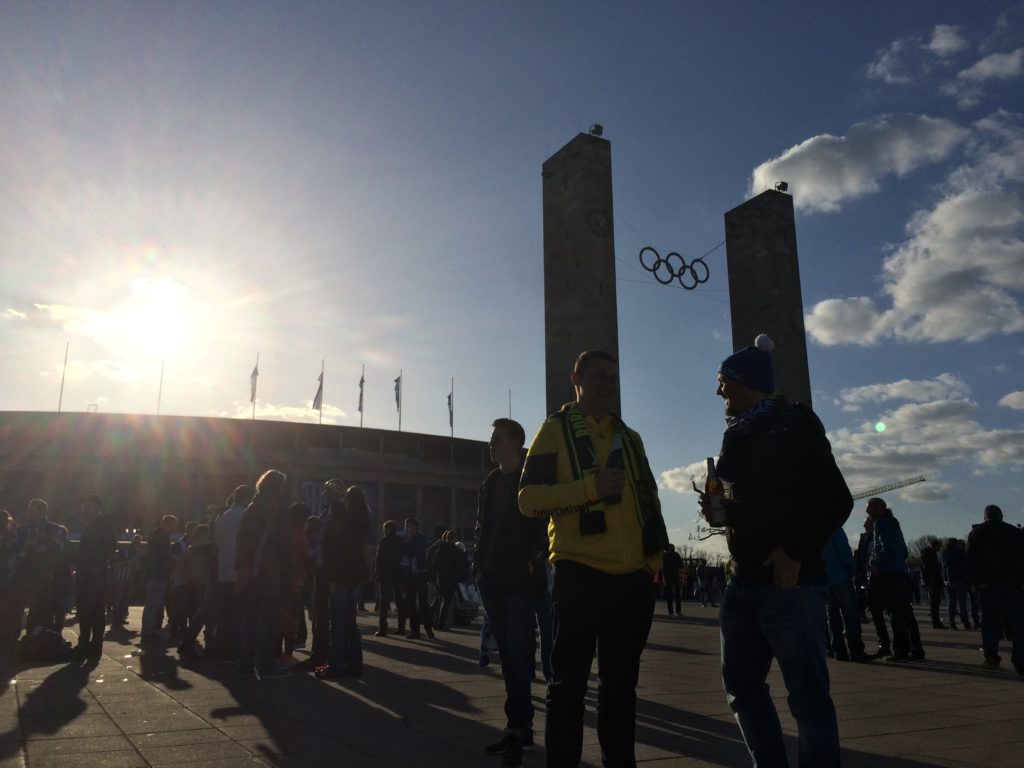 This year it’s all the more important too, with contracts running down for captain Mats Hummels, Mkhitaryan and Ilkay Gundogan. The latter looks to be off to England this summer but holding on to Hummels and Mkhitaryan is vital to Dortmund’s future chances of success. Had they not reached the final, further questions would have been raised about the club’s ability to challenge for major trophies.

That comes after hopes of Europa League glory spectacularly slipped out of their grasp at Anfield. And, despite performing exceptionally in the Bundesliga, Bayern have still been just that little better in Pep Guardiola’s final season. Next month’s cup final is Dortmund’s last shot at silverware for the campaign. If they fail, it will have been four years without a major trophy.

Hertha Berlin, on the other hand, have now been waiting 85 years to taste tangible success. Even reaching the final would have been an achievement. Berlin has hosted the grand finale to the German season since 1985, but not once have Hertha made it all the way. Bizarrely, their second team did in 1993 but they lost to Bayer Leverkusen.

Coach Pal Dardai has masterminded their relative success this season. This time last year, he was leading Hertha out of a relegation struggle. Now, his side are in the Champions League places with four games to play – although it was the cup final which Dardai has been fixated on. “Everyone is allowed to dream and I don’t dream of flying to Mars but reaching a cup final is possible,” he said in an interview with kicker magazine in February.

Dardai speaks like a fan, probably because he is, having stayed with Hertha since joining the club as a player in 1997. The fans who share his dream created an exhilarating atmosphere before kick-off on Wednesday – something which was ably assisted by the decision not to play music over the PA system.

The climax came at the end of Hertha’s warm-up as the players jogged around behind the goal in front of the Ostkurve, where their most hardcore supporters were based. There, thousands of Hertha fans linked arms before jumping up and down bellowing “Hertha BSC”. It was the sort of scene you’d have expected had they won, not twenty minutes before kick-off.

Once the game did get under way, it became clear with the sheer number of Dortmund attacks that it was only a matter of time until the away side scored their first. That moment came twenty minutes after kick-off as Castro put the pin in Hertha’s balloon, deflating the atmosphere in all but one black-and-yellow corner of the Olympiastadion. 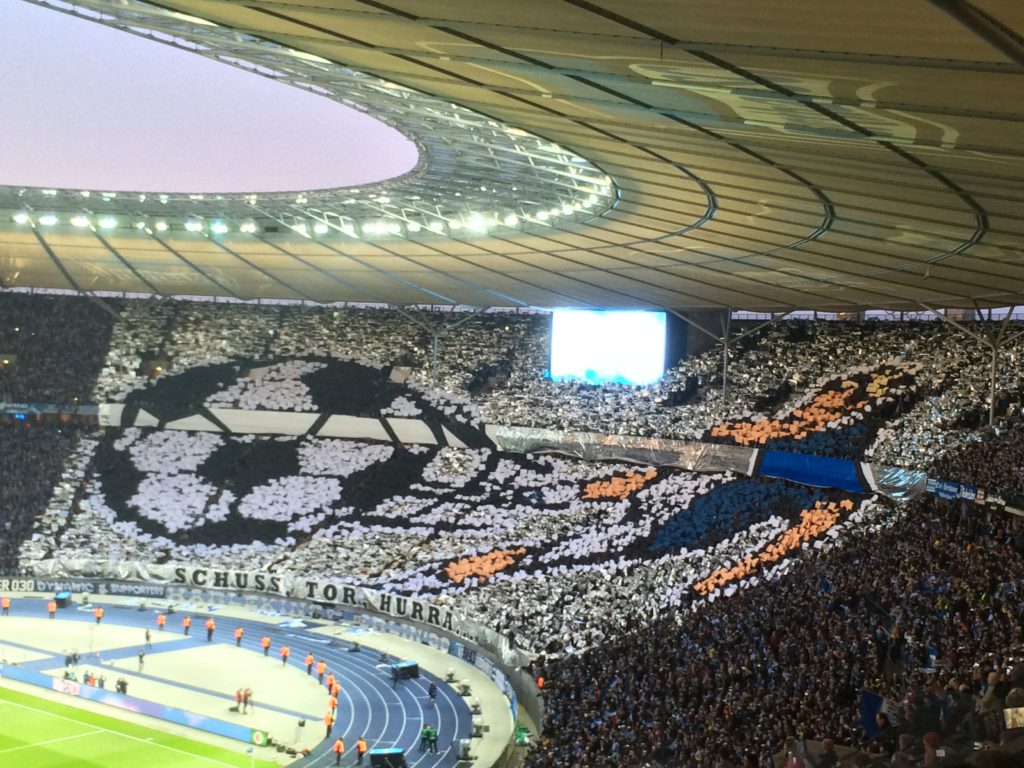 There was only one occasion in the first half where Dortmund let their hold on the game slip. That was five seconds before the break, when Hertha’s Jens Hegeler shot straight at Roman Bürki. A few more openings came for Hertha in the second half before Reus and Mkhitaryan put the game out of the home side’s reach.

What Hummels told Sky Germany after the game made Dortmund’s performance look even more impressive. At three o’clock on Wednesday morning, a few cars had pulled up outside Dortmund’s hotel, honking horns and letting off fireworks. Hummels said the squad took it with good humour.

You couldn’t say the same of Hertha coach Dardai when he was interviewed on German television after the game. When asked on Sky Germany about why his side lacked the courage to attack more often, Dardai told reporter Thomas Wagner to have a little more respect and ask better questions.

By the time the press conference arrived, Dardai had cheered up a bit. Then again, press conferences after games in German football tend to be a little more cordial. Both managers are in the room at the same time, sitting either side of the home team’s press officer. The away coach is invited to make an opening statement, followed by the home coach, before questions are taken from the floor. You can imagine then how a contentious refereeing decision can make these frosty affairs.

The highlight on Wednesday night came from Dardai as he told of his disappointment at the result: “When I was a player, I bought myself a nice watch after scoring my first [Bundesliga] goal. I had said that if we reached the cup final, then I would buy myself a new watch. So this year, I’m not buying one.”

It didn’t raise a smile from the man to his right; Thomas Tuchel still looked focused. The next time he’s in that press conference room at the Olympiastadion will be in a month’s time. He’ll be alongside Pep Guardiola after the cup final against Bayern, and you’d hope he’ll be smiling then if he’s ended Dortmund’s mini-trophy drought.