This is an extract from IntoPress magazine, which you can learn more about here.

“I got into mainstream football at around thirteen. I didn’t come across an Asian player, an Asian referee, an Asian coach, an Asian manager. You feel very alienated and isolated being one of a kind in this industry you love so much.”

People are basking in the sunshine, sunglasses on their faces, as if the drab weather of the last few days were yesteryear. I’ve travelled to Mile End Stadium in East London, the home of Sporting Bengal United F.C.

While their first-team may be in the midst of their most successful season yet, this isn’t a club that measures achievement through three points on a Saturday afternoon. Since its inception two decades ago, its primary objective has been to give the local Asian community a voice on the pitch.

Encapsulating the ideals of the club is their manager Anwar Uddin, a pioneer in English football. Uddin was the first British Asian to captain a team in the Football League, experiencing FA Youth Cup success at West Ham and a six-year spell at Dagenham & Redbridge.

Now past his playing days, Uddin is not just the manager of a club close to his heart, but also working at local levels to create a more diverse football environment. 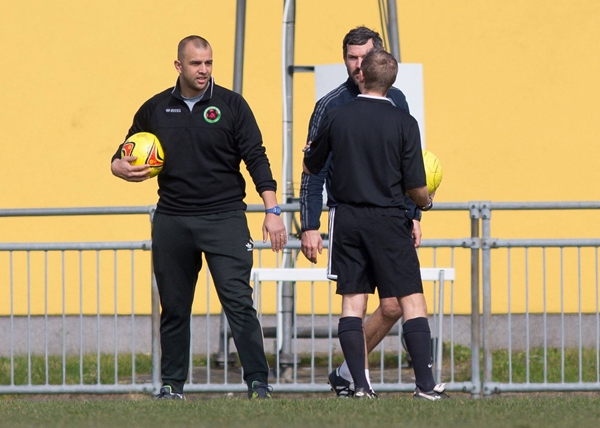 As I go to shake hands with Uddin, he towers over me with the build of a traditional English centre-half. He leads me through to the changing room, excusing himself for a few minutes as he sorts out preparations for the three o’clock kick off against London Bari.

Mid-way through the warm-ups, he makes his way to the touchline so we can have a chat. He seems relaxed despite injuries and suspensions making this his lightest squad of the season. The situation isn’t helped by two of his players running late in traffic.

As we begin to discuss the issue of Asian representation in football, he talks about the situation from a personal perspective. “The Asian community are embracing football more. I think the fear factor is gone,” says Uddin.

“My father came here and he was terrified about going to watch a game because he grew up with the National Front marches, and worked in an environment where certain people would come in and abuse him for just being who he is.

“I think that is certainly changing and it needs to change, and I think there are a lot of people working towards that change.”

Uddin can’t emphasise enough the importance of fans when it comes to creating a more inclusive environment, something he has championed at the forefront of the Football Supporter’s Federation’s ‘Fans for Diversity’ campaign.

“We’re working with fans to say look, let’s use football as a tool to make positive change.

“Even at a level like this, if they’re all singing songs about inclusion, supporting campaigns like Kick It Out and Football v Homophobia, it’s a massive impact because football fans are just a reflection of society.”

As the game is about to kick off, I make my way into the stands. Sitting in the top row is the club chairman, Aroz Miah. He has been ever-present from day one, rising from player, to treasurer, to chairman. 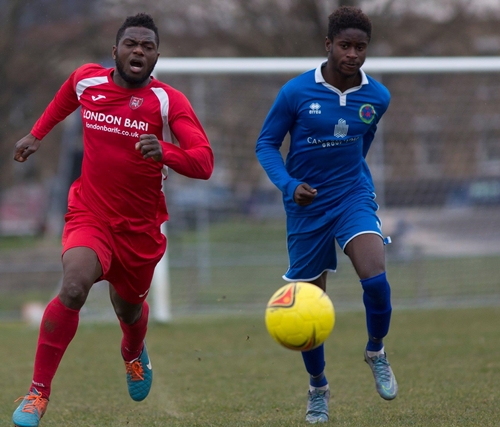 When I press Uddin on when we will see an Asian footballer represent England at senior level, it’s clear to see that his optimism is mixed with apprehension. “I’m hoping in the next five to ten years that will happen, even closer than that,” he says.

“I’m a bit weary because when I was asked that question fifteen years ago, when I started breaking through, I gave the same answer. Fifteen years later, we’re still at the same point.”

With the growing finances in the game, he acknowledges the present difficulties facing all young homegrown footballers, not just those of Asian heritage.

“When I was the best in London, the best in South-East England, I got signed up for West Ham. Now, you’ve got to be the best in the world.”

It’s a scrappy first half but the chairman still urges on his team. Miah tells me how he arrived in the country from Bangladesh decades ago and initially struggled with the language barrier.

He talks about how he discovered Match of the Day, and how he one day wishes to watch a game at Anfield. As the clouds descend to cut off the sunshine, the tackles fly in harder on the pitch. 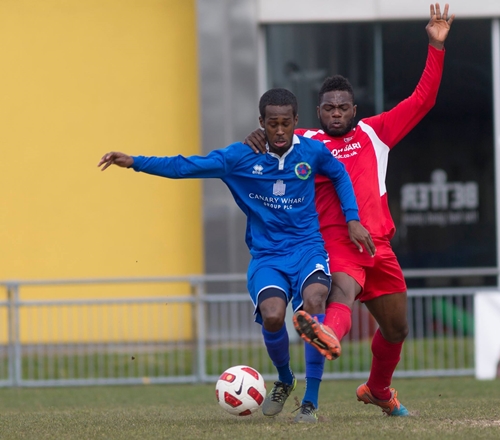 The special nature of Sporting is one that Uddin cannot hide his affinity for. “Sporting Bengal was created because a lot of people in the East End of London, the Asian community, felt that mainstream football wasn’t taking them seriously,” he tells me.

“They were going on trials, not being taken seriously and suffering from racist abuse. It’s not just for the Asian community, it’s for everyone.”

The pathway for young Asian footballers into the professional game is another marker of the club’s success. “Four of our players in the academy have gone to professional clubs; Arsenal, Norwich, QPR and Dagenham & Redbridge.

“These are kids that have come into our academy from the local area, walked in and trained with us for a couple of years.

“We now have a process where if you’re a young talented player, you can come here, and there’s a pathway to the professional game. If I had that when I was a kid – because I grew up in this area – I would have played for England.”

Miah’s sights are firmly focused on a future with sky-high ambitions: “Our dream has always been to see our kids from this community play Premier League football.”

The second half proves a livelier affair, but it’s Bari who take the lead. As Sporting press on for an equaliser, I can’t help but urge them on to find the bit of magic they need.

As I leave the stadium, the prospect of rain is on the horizon. Yet for Sporting Bengal United F.C., the future looks bright.

You can follow Taha Hashim on Twitter, as well as Anwar Uddin and Sporting Bengal United FC.

IntoPress is a new magazine featuring the work of amateur football writers. Endorsed by the likes of Henry Winter and Jonathan Liew, it aims to source unique opportunities for aspiring writers and provide a genuine platform for their work. The first print edition is now available for £4, and is filled with timeless features and interviews. All money raised goes straight back into the project: http://www.intopress.co.uk/product/issue-2/.

Thanks to AZiMAGES for the photos.