6 My wife wouldn't let it in the house.

My daughter loves soft toys. In just under four years, she has cultivated a three figure population of them. There are big ones and there are small ones. There are beautiful princesses, there are animals in princess dresses, there are animals in smart casual attire and there are many dressed simply as nature intended them. There are, however, no football managers and after this, perhaps there never will be. There will certainly be no place for Jose Mourinho at the end of my daughter’s bed.

How do you review a soft toy? Well, this website has a simple policy on such things. We get people who are good at stuff to do stuff that they’re good at. We wouldn’t get someone who doesn’t like books to review a book and that’s why we called in an expert for this most unusual mission. But it didn’t go well.

“What is it, Daddy?” she asked, her face screwed up in confusion.

“It’s Jose Mourinho, sweetheart,” I said and I tried to hand it to her. She took a sharp intake of breath and jumped backwards. “Don’t you want to give him a cuddle?” I asked.

“No, Daddy!” she said, looking at me in horror.

She stared at me in disgust as if I was trying to make her hug the contents of the cat’s litter tray. And then she walked off. The Set Pieces always pays its contributors, but not this time. We shan’t be using her again.

Jose is not the only product from BuBuzz Dolls, though he is the only manager. There are dozens of footballers on there from Steven Gerrard to Mesut Ozil. They are all just short of half a metre tall with soft, yielding bodies and surprisingly hard heads. And they’re all very odd.

Sartorially, Jose has let himself down here. This is no Saville Row suit, it looks more like the sort of thing a posh removals man would wear and it’s a brave chap who opts for a lighter tie than his shirt. Once again, Jose seems set on creating problems that he could easily avoid. 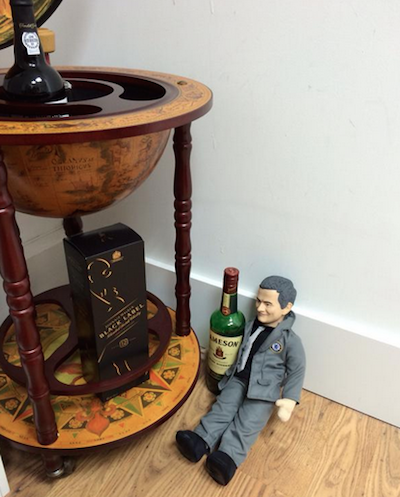 But it’s the face that really causes concern. While some paintings always seem to be staring directly at you, penetrating you with their delicately oiled gaze, it’s almost impossible to make eye contact with Jose. His focus is somewhere in the distance, much as it was in the 2013/14 season when he refused to accept that Chelsea were in the title race. He was all about the second season. But what’s he all about here? He looks like he’s planning something. Something terrible. 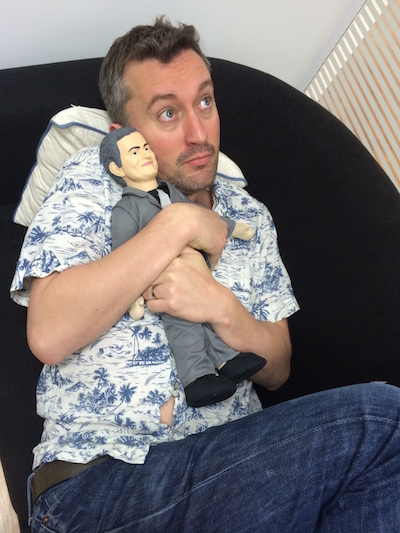 Typically, soft toys are used to provide reassurance in testing times, but as a punishing deadline approached, I was unable to take much solace from Jose. I tried a variety of positions, but never felt emotionally secure, nor physically sated. Perhaps it was my fault. In the past I have been guilty of building walls between myself and new partners. Maybe it’s because I was afraid of getting hurt. After all, Jose does have a certain reputation. And those eyes. Something is not right behind those eyes. He always looks so capable of evil. 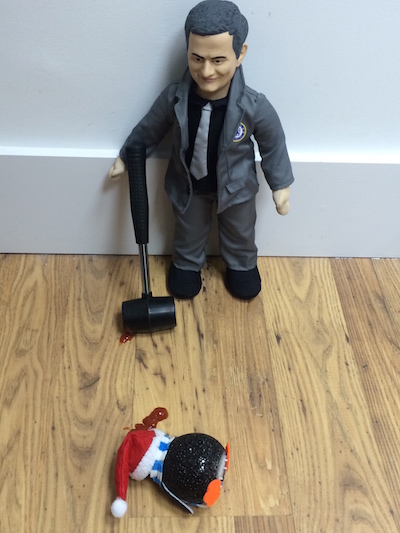 So why would you buy one of these? Well, a stuffed Jose does have a certain swagger. He’s darker than Garfield, he’s harder than a Care Bear and he’ll certainly alert the rest of the office to your loyalties. He’s not particularly cuddly and the only practical use we could find for him was the wiping up of spilled tea, but if you absolutely, positively want to publicly identify the real hero of Chelsea’s title win, he certainly makes your point clear for everyone. But those eyes. That smile. Don’t turn your back on him for a moment. 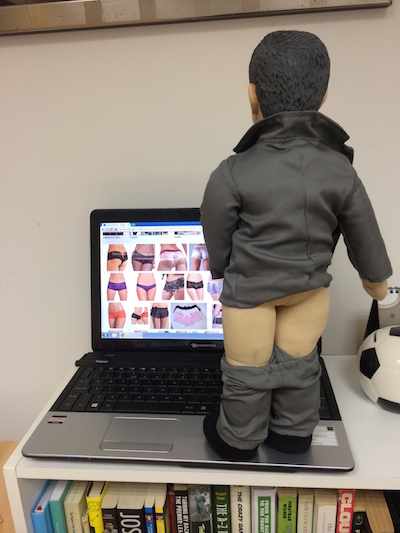 If you’d like to turn up for work and discover that a tiny Jose Mourinho has scrawled a threatening message on the wall in his own shit, you should check out BuBuzz’s website now.