“You cannot get rid of discrimination against gay people by discriminating against straight people.”

Steve Joyce is the manager of a gay football team in Manchester and has been involved with the club for over a decade. If there’s anyone who knows about the tribulations of being gay in the machismo world of football, it’s him.

Village Manchester FC is a “gay and inclusive club that welcomes anyone who loves football.” The club has a first and second team, both of whom play in local Sunday League competitions. At its heart, this is a place where individuals can feel comfortable in their sexuality and their sport. 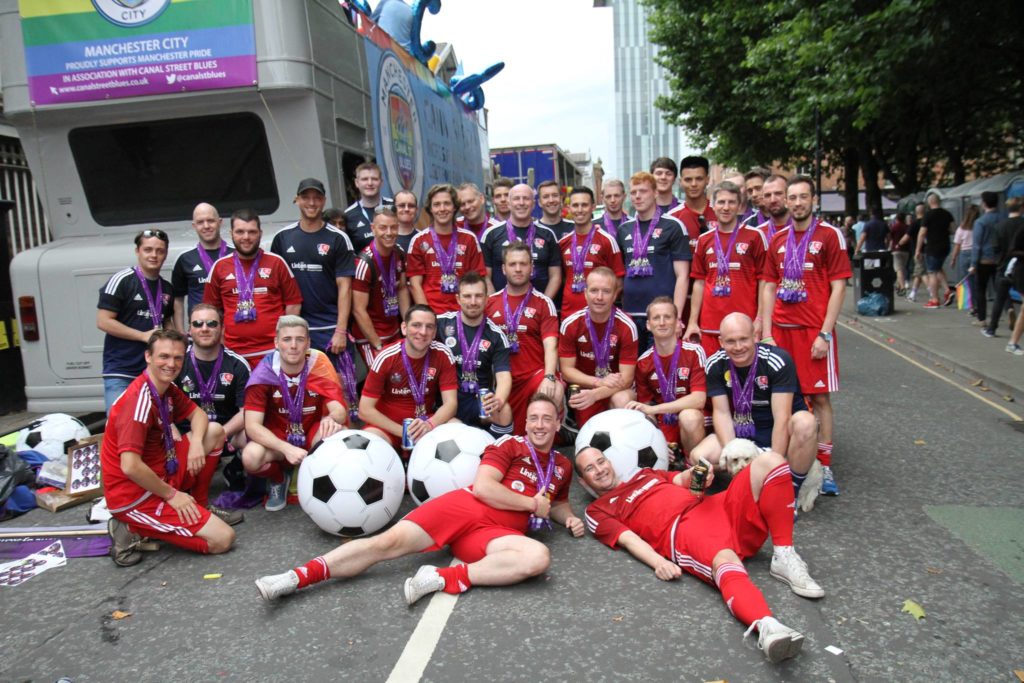 Vitriol isn’t entirely absent, but Joyce insists that it comes from “old, grey men in grey suits… the people who run football that are in a different generation, guys that are two generations apart from the players.”

While those who turn out for Village Manchester have one thing in common, there’s plenty of variety too.

“We have a lot of players from around the world,” Joyce explains, referencing Eastern Europe, the US, Ireland and even Cape Verde. “And that adds something different that a lot of other clubs wouldn’t have.

Take Paul McCullen, who wasn’t overly concerned with finding a club that accepted homosexuals but was instead in search of homosexuals who were interested in football. 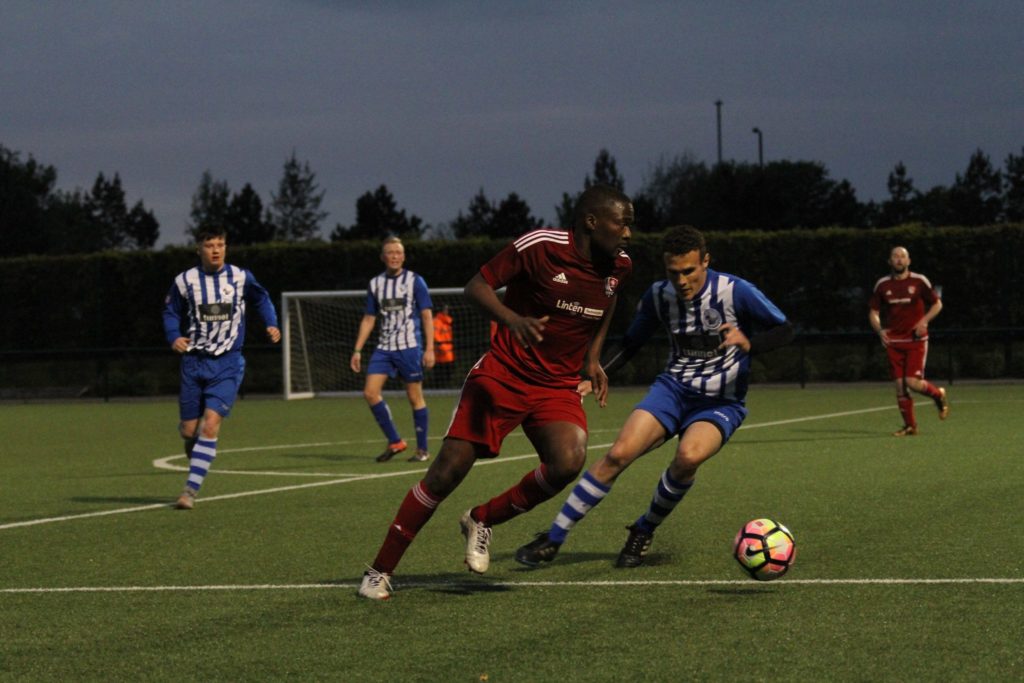 “There’s kind of like an opposite to macho culture in gay world, which is if you don’t know fashion and follow football, you don’t fit in.’

It’s a sentiment echoed by Joyce, who has always believed that a gay club should be accessible to all, rather than merely offering help to one side of the divide. The club’s diversity and inclusivity doesn’t come without opposition, though, as long-serving player Rob McPherson explains.

“In the last few years, we joined the Manchester district league,” he says. “Three seasons ago, whenever we’d be doing well against other teams, they wouldn’t react very well and say stuff. The odd time we would have a comment – using the words ‘queer’, using the words ‘faggot’.”

Name-calling of this kind may seem inconsequential to some, but given that the FA has taken a stand against racial slurs, why should it be any different for homophobic language? 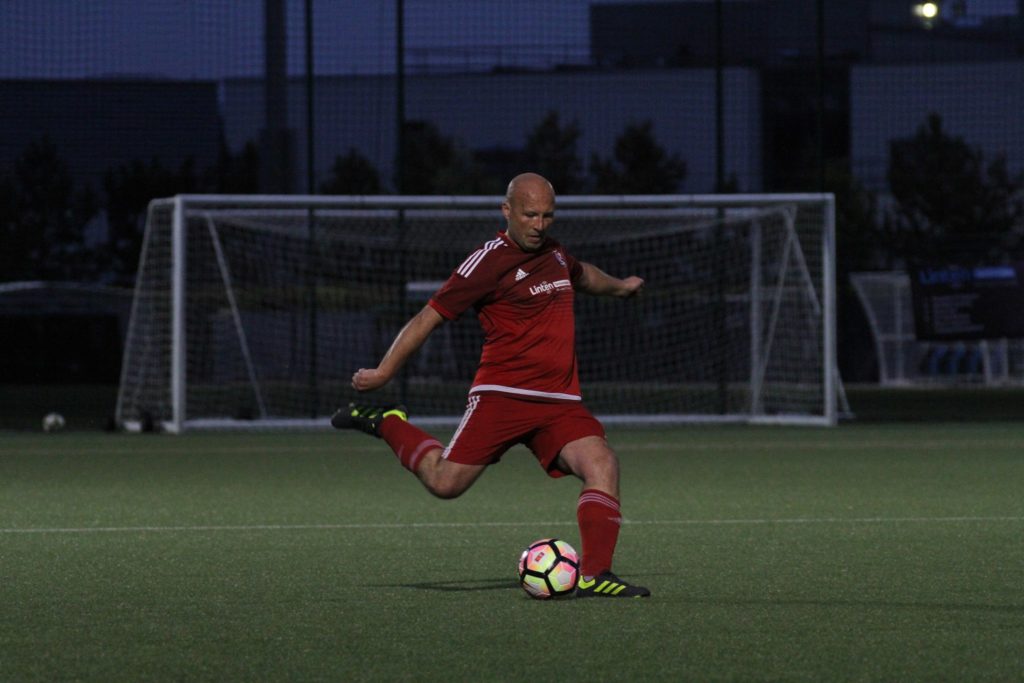 “The first team have had a few instances where they have taken cases to the FA,” McPherson continues. “And the FA, to be fair to them, have taken it seriously, asking for a load of reports. I think the lad got suspended, and a few others players as well.”

“There were about nine complaints against them and we won eight of them, and the only reason we didn’t win the other was because there was only one person who wrote that complaint, whereas everything else was corroborated.”

While such incidents are detestable, they are less damaging than the collective ramifications they create. Indeed, what may seem like isolate cases can provoke fear throughout the entire  LGBT community.

“Gay players are just a bit scared of being in straight teams through a fear of homophobia that might not actually exist anymore,” Joyce says. 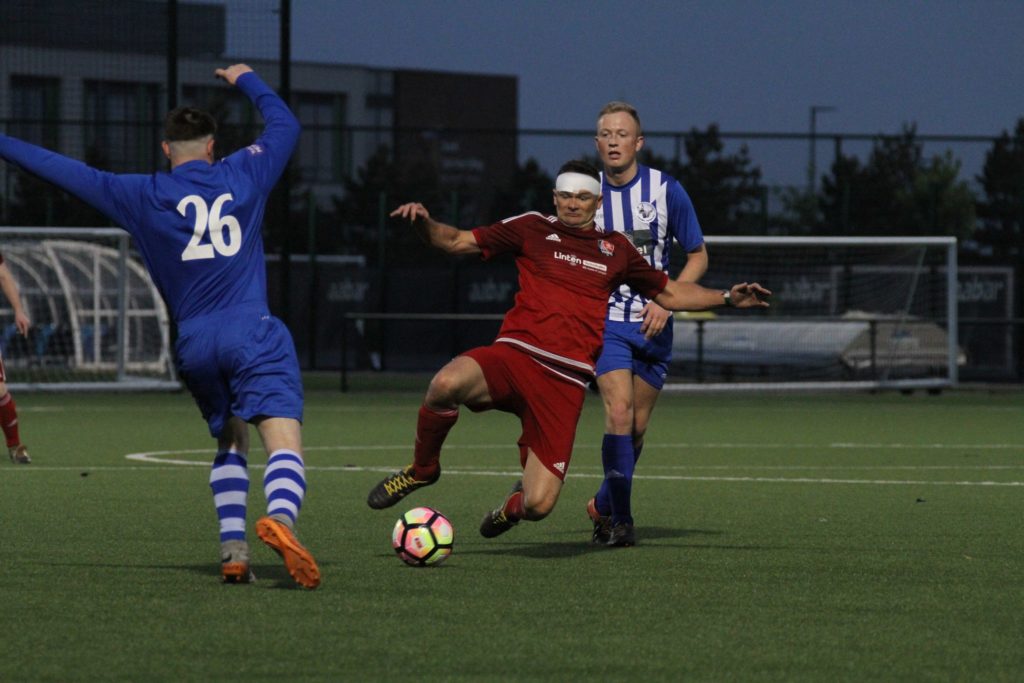 It’s an intriguing view and one which could link to the fact that no high-profile professional footballer has come out as gay in the UK. Given that the ratio of gay to straight males is approximately one in 10, it’s unthinkable that all 5,000 of the country’s professionals are heterosexual.

“I think there’s probably, at boardroom level, chairmen and managers not wanting their players to come out because they’re worried it will affect their performance,” McPherson contends.

“If you’ve got say somebody playing for Man City who’s won the league and played really well, if they come out and their performance drops because of that, they’ll be dropped from the team. I think managers and the board are worried about getting medals and trophies and money, and something like that [coming out] could affect it.”

McPherson then turns his focus to the rare, unique and substantial opportunity that awaits the UK’s first openly gay high-profile footballer.

“I think the player that does it will get so much money from sponsorship and magazine deals. A Premier League footballer who’s already well known – they would get all the sponsorship deals under the sun if they wanted.” 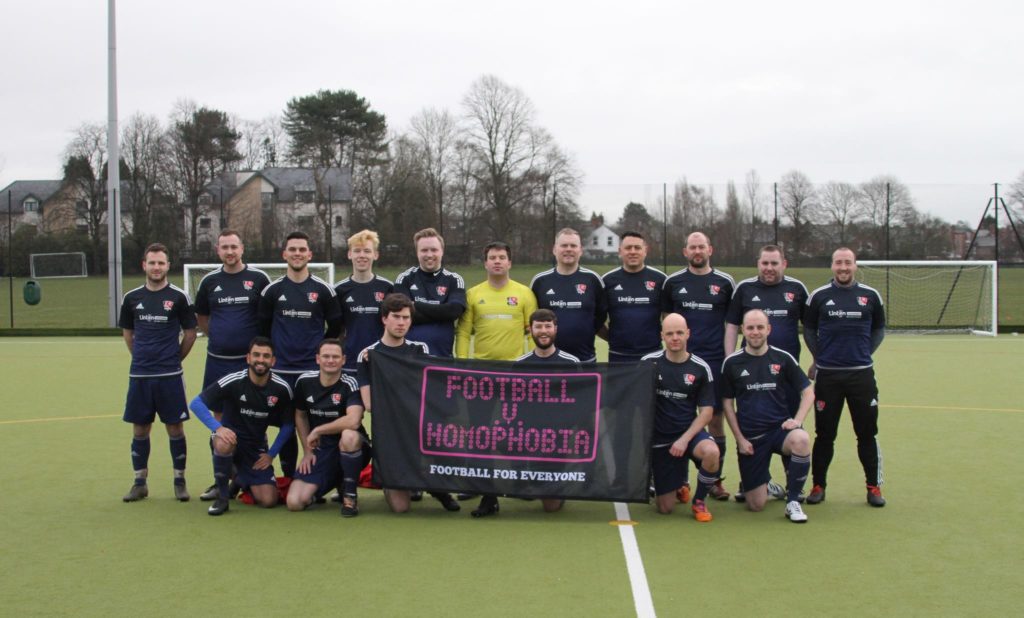 “I think the first one who comes out, as long as he’s not some idiot, will make a lot of money out of it,” adds Joyce.

“They’ll get sponsorship deals that the second one won’t get. I think they’ll be feted by the gay press, and the straight press is now very gay friendly, a lot of it. So I think they’ll actually do really well out of it, if they’re the right person and they approach it in the right way.”

It’s a fair argument, but it doesn’t help to explain why there still hasn’t been an instance of a high-profile footballer coming out. If it really would be so advantageous, at least from a commercial perspective, surely it would have happened already.

Maybe he’s right, and it’s certainly true to say it shouldn’t matter. As we await the first well-known player to come out as gay, perhaps patience is our biggest virtue. It will happen in its own time.