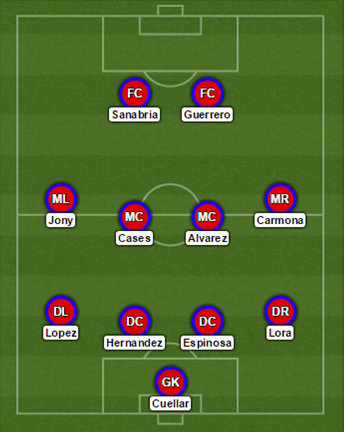 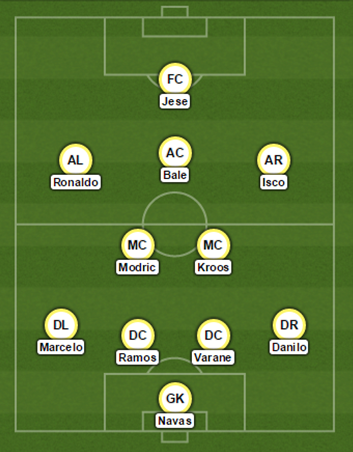 Rest in peace, accumulators everywhere. Newly promoted side against Real Madrid, it’s easy money right? Wrong. A special mention and our commiserations to this particular chap who was robbed of €14,000. Nice one, Rafa. Over £500m separates these two sides in terms of market value, as well as a minor £220m difference on their respective annual wage bills, but after 90 minutes of football at the Estadio Municipal El Molinón – you would not have guessed it.

Sporting had only beaten Real once in 19 years heading into this fixture, which was a shock 1-0 victory at the Santiago Bernabeu in 2011 with a certain Jose Mourinho in charge. Sunday’s visitors, on the other hand, have won 10 of the last 12 meetings, with five of those coming at El Molinon. The hosts’ last home victory came way back in 1994. The omens weren’t looking good for the men from the north of Spain.

A common feature for newly promoted sides when playing the big boys of the division is to sit back, stay compact with two banks of four and nullify any space going in behind. Abelardo Fernández and Sporting had different ideas. Setting up with the 4-4-2 formation which served them so well in the Segunda last season, Sporting nicknamed ‘Los Rojiblancos’ due to their red and white striped jerseys, were full of intensity, full of spark going forward and drilled to perfection amidst a late Madrid onslaught. They lost twice last term, only conceding 27 goals in 42 domestic games, and it’s not difficult to see why after their weekend performance. Their trusty spine of Ivan Cuellar in goal, Luis Hernandez and Bernardo Espinosa at centre back, Sergio Alvarez and Nacho Cases in the centre of midfield and Miguel Angel Guerrero up front all featured in the starting line up, just as they did 229 times between them during 2014/15.

Real Madrid, under the instruction of Rafael Benitez for the first time in a competitive match set up in a basic 4-2-3-1 formation. Whilst the formation was a familiar one, the players looked as comfortable as distant family members forced to make awkward conversation at Christmas dinner. New signing Danilo was chosen ahead of Dani Carvajal at right back, with Isco playing on the right hand side and Bale stationed just behind the striker. Also without Karim Benzema, missing with a thigh injury, 22 year-old youth product Jesé Rodríguez was given the nod up front. Different to Benzema in style, he is a quicker player who will always look to get in behind rather than hold up the ball and bring others into play which is what the Frenchman does so well.

After a scrappy start to the game, it took 12 minutes for the quality of Real Madrid, and Luka Modric to be exact, to shine through. The Croatian midfielder played a smart one-two with Jesé before caressing a glorious pass with the outside of his right foot between the right-back and centre-back to find Gareth Bale steaming down the left hand side. The 26 year-old managed to round the goalkeeper Cuellar, but forced himself wide and instead of composing himself and looking for a better placed option, he shot from a tight angle and hit the side-netting. Much to Ronaldo’s displeasure. Having initially kept Real Madrid at bay, this was a warning for Sporting that all it takes is a second for someone to produce a bit of magic.

It was then down to Jesé and Isco to try their luck, but neither were able to trouble the goalkeeper as Real were restricted to long range efforts with frustration visibly seeping through. In the 33rd minute, Cristiano Ronaldo who had been surprisingly quiet, let fly from 25 yards but Cuellar was again equal to it diving low to his left to push the ball clear. Things weren’t quite clicking for Los Blancos.

The first real chance of the game didn’t fall to Bale, Isco or Ronaldo. It didn’t even fall to Jesé or Kroos. It fell to the home side, and their 19 year-old Paraguayan striker on loan from Roma, Antonio Sanabria. Sporting wide man Carlos Carmona kept the ball in play on the Real byline, before crossing the ball straight into Isco who had tracked his run well. Fortunately for Carmona, the ball ricocheted perfectly off the retreating midfielder, and he could now cross from a better angle without being challenged. Sanabria darted towards the near post ahead of both Raphael Varane and Sergio Ramos who were caught on their heels, before crashing a ferocious header onto the underside of the crossbar which bounced straight down and away from goal. Hands and voices were raised from both players and fans, but play was correctly ordered to continue as the whole ball did not cross the line. Agony for Sanabria & Co.

The drama did not stop there, as in the same passage of play Real Madrid launched a devastating counter attack to deafening silence around the stadium. Advancing into the final third, Bale crossed the ball into the box before Ronaldo was hauled down by defender Luis Hernandez as he was making his run. With everyone awaiting a whistle and a point to the spot, referee Javier Estrada turned away to the disbelief of those in white. The stricken Portuguese attacker sat on his knees, raising his hands to the heavens in typically animated fashion – all of this before the 37th minute.

Just three minutes after half time, it was again Sporting who threatened as Carmona headed just past the post with Navas stranded, showing Benitez’s men that if they were to come away with anything from this game they would have to fight for it. Ronaldo then somehow headed a James Rodriguez cross wide from six yards out in the 66th minute, and you just had a feeling it wouldn’t be their day.

With time running out and urgency creeping in, a left footed shot from Ronaldo was parried back into the area, with Marcelo diving in to head the rebound over from all of eight yards. With six minutes left to play, Ronaldo was again thwarted by Cuellar when his powerful shot, heading for the top corner was tipped over. With his hands on his head, the Real number seven looked away in disgust as every save was now being cheered like a goal from the terraces.

The game’s final chance came to, guess who, Ronaldo, three minutes into stoppage time. Real were awarded a free-kick from 25 yards out but, in a moment that completely summed up their evening, the pink booted forward harmlessly struck against the wall. That’s now 60 free kick attempts for him without scoring. Losing his touch?

The final whistle was greeted with elation from those associated with Sporting, while it was met with embarrassment and frustration from those associated with Real. Despite the goalkeeper Cuellar having saves to make, Real did not threaten consistently enough in a disjointed performance as Benzema’s presence was sorely missed up front. Sporting were tenacious, hard working and they absolutely deserved this point which will give them a huge vote of confidence heading into the rest of the season. It would be ridiculous to draw conclusions from the first game of the season, but those in the Madrid hot seat often have very few lives at their disposal and Benitez has already lost one.

What did you think of the game? Let us know by emailing: [email protected]