THE MATCH: Ipswich vs Brighton

THE SIGNIFICANCE: The Championship’s early pace setters locked horns at Portman Road, with Chris Hughton’s impressive Brighton coming away with all three points to end the weekend at the top of the table. 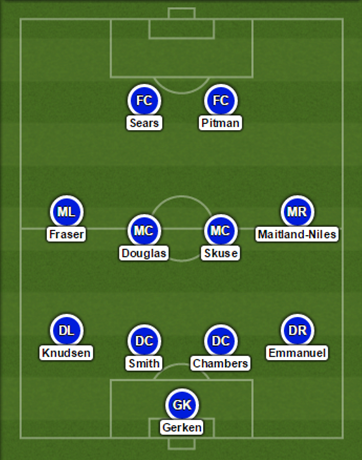 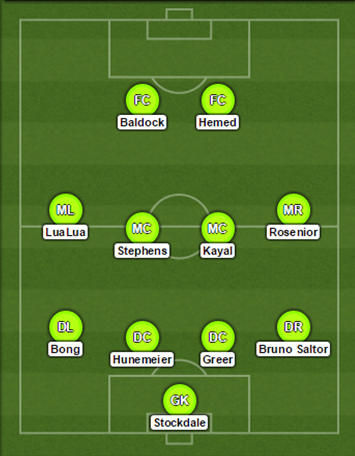 Ipswich boss Mick McCarthy knows a little something about being promoted to the Premier League, having achieved success with Sunderland and Wolverhampton Wanderers in 2005 and 2009 respectively. Unfortunately, staying in the financial haven that is England’s top flight hasn’t proved as easy for the 56 year-old, but he and his side have begun their quest for a third success in a very forceful manner. Chris Hughton also knows what it takes to get promoted having done it with Newcastle United in 2010, and with three wins and a draw in their opening four games his Brighton side have started just as he would have hoped.

Setting up in the 4-4-2 formation, Ipswich went for a youthful right hand side selecting 18 year-old pairing Ainsley Maitland-Niles and Josh Emmanuel. Maitland-Niles, capable of playing in the centre or out wide, has already made an impression since his summer loan move from Arsenal and will be one to watch for the future. In defence, Luke Chambers was selected next to Tommy Smith in what would be a partnership of speed and strength, as the impressive Jonas Knudsen continued at left back. The experienced pair of Cole Skuse and Jonathan Douglas would make up the centre of midfield, while the speedy Ryan Fraser was their outlet on the left. Up front, Freddie Sears and Brett Pitman got the nod as David McGoldrick would again be used as an option from the bench.

Brighton also went with a 4-4-2 formation, and it was like we’d gone back to a simpler time. No 4-2-3-1, no 4-3-1-2, go 4-1-4-1, just a classic 4-4-2 which is so often frowned upon in the modern game. Chris Hughton had selected a familiar back five, with Gaëtan Bong, Uwe Hunemeier, Gordon Greer and Bruno Saltor and David Stockdale in net who have all started at least four games in the league this season. Normally a right back, Liam Rosenior was stationed at right midfield to provide some more defensive solidity while the more attacking Kazenga LuaLua was their danger man on the left, having scored two goals already. The reliable duo of Dale Stephens and ex-Celtic man Baram Kayal were in the middle of the park, with Sam Baldock and Tomer Hemed making up a dangerous front two. May the best 4-4-2 win.

After a tense and untidy start, the games first chance arrived in the 10th minute, which would also result in the games first goal. Brighton left back Gaëtan Bong fired a long ball down the left hand side, and Kazenga LuaLua, younger brother of former Newcastle forward Lomana, beat the retreating Ipswich defenders for pace before expertly firing the ball into the bottom right corner from a tight angle. Top marks for the finish, but points certainly would have been been deducted for LuaLua as he failed to land his trademark acrobatic celebration, to the amusement of the Portman Road faithful.

Their amusement would turn into misery just 120 seconds later, as Brighton went 2-0 up through their Israeli striker Tomer Hemed. Dale Stephens curled in a wicked free kick from the left, which saw Hemed steam into the box before getting the faintest of touches on a glancing header as the ball sailed into bottom right corner. Ipswich keeper Dean Gerken again left rooted to the spot. The Brighton players all ran to celebrate with Stephens as the ball looked to have gone straight in, but like all good strikers, Hemed wheeled off in isolation to claim the goal as an eerie silence fell over the stadium.

To Mick McCarthy’s concern, Brighton continued to dominate proceedings and were unlucky not to be 3-0 up before half time. In the 23rd minute, Sam Baldock again exploited the large gaps in behind the Ipswich back four, poking the ball just wide after a brilliant piece of control. Lots of thinking to do for the blues during the break.

Ainsley Maitland-Niles and Josh Emmanuel struggled slightly in the first half and were both withdrawn at half time, as David McGoldrick and Piotr Malarczyk came on in their places. Ipswich looked brighter going forward after a small tweak in their formation, but still looked vulnerable at the back and survived a massive scare when Stephens crashed a left footed shot off the post from the edge of the box.

It took until the 54th minute for Ipswich to get themselves back in the game, when some clever play between David McGoldrick and Ryan Fraser on the edge of the Brighton box released Brett Pitman. From a tight angle, he placed his shot underneath the onrushing goalkeeper only for it to hit the inside of the post and bounce back into play. As the Ipswich fans groaned in unison, ex-West Ham and Colchester striker Freddie Sears was in the right place at the right time to fire home the rebound. Game on.

In spite of conceding, Brighton still posed a considerable threat on the counter attack as Hemed fired a shot into the side netting, before Liam Rosenior and Beram Kayal both went close to a third.

Ipswich themselves, clearly buoyed be their earlier goal were posing more of a threat in the final third in what was turning into a frantically paced game. Their equaliser would come in the 65th minute, through their half time substitute David McGoldrick. A long ball down the line from left back Jonas Knudsen saw Bruno Saltor mistime his jump, only able to head the ball upwards and behind him. Ryan Fraser reacted the quickest to the loose ball, taking a great first touch before being clumsily fouled just inside the penalty box by the the retreating defender. McGoldrick stepped up, found the corner, and it was all square in the east of England.

Just as it was in the first half, delight for the home fans was short lived, as two minutes later Hemed put Brighton ahead once again. With the ball out on the left hand side, LuaLua showed quick feet to gain a yard on his man before firing a cross into the box. Hemed, found himself intelligently between the two centre backs and nodded in a third before again darting off in celebration. There was no doubt about who scored this goal, which was a dagger to the heart of Ipswich as they had fought so hard to pull themselves level.

LuaLua came close to adding a fourth after some excellent play by the impressive Baldock, while at the other end David Stockdale got a strong hand to Sears’ testing cross and was fortunate that the rebound fell to a man in fluorescent yellow rather than royal blue.

And with that, it was over. The three points were going back to the seaside, to the delight of Hughton and the travelling fans. The Championship was the source of some wonderful entertainment yet again, as the Ipswich players sank to the ground in disappointment. The Seagulls sit pretty at the top of the table, while McCarthy and his men have some thinking to do as they look to bounce back this weekend away at Reading.

What did you think of the game? Let us know by emailing: [email protected]