When Manchester City played Crystal Palace last month, I did what I always do before kick-off and checked Twitter for the team line-ups.

A quick scroll immediately informed me that Yaya Toure was set to make his first Premier League start of the season – a staggering development considering Pep Guardiola had publicly banished the midfielder over his agent’s conduct.

Yet here Toure was, in the starting XI, despite there being no pre-match whispers about his inclusion and no injury concerns to force Guardiola’s hand. It simply made no sense. I stared dumbly at my phone, disbelieving the BBC’s tweet, and went to find proof on City’s official Twitter account. It was true: Toure was back in the fold.

In some ways it’s entirely understandable that official club social media profiles are regarded as definitive news sources. The enormous growth of Twitter and Facebook, and widespread investment into club websites, has resulted in clubs wrestling much of the factual information from traditional media and claiming it – justifiably perhaps – as their own.

These days a transfer hasn’t actually happened until it’s announced via a club’s Facebook page, Twitter feed and official site. The same goes for match information, injury news, and pretty much anything else a supporter wants to know. With abundant video content, exclusive access for player interviews, and even transfer rumours packaged together and relayed back to fans by the club, Premier League social media accounts have become the 21st century Ceefax, ClubCall, and local paper all rolled into one. 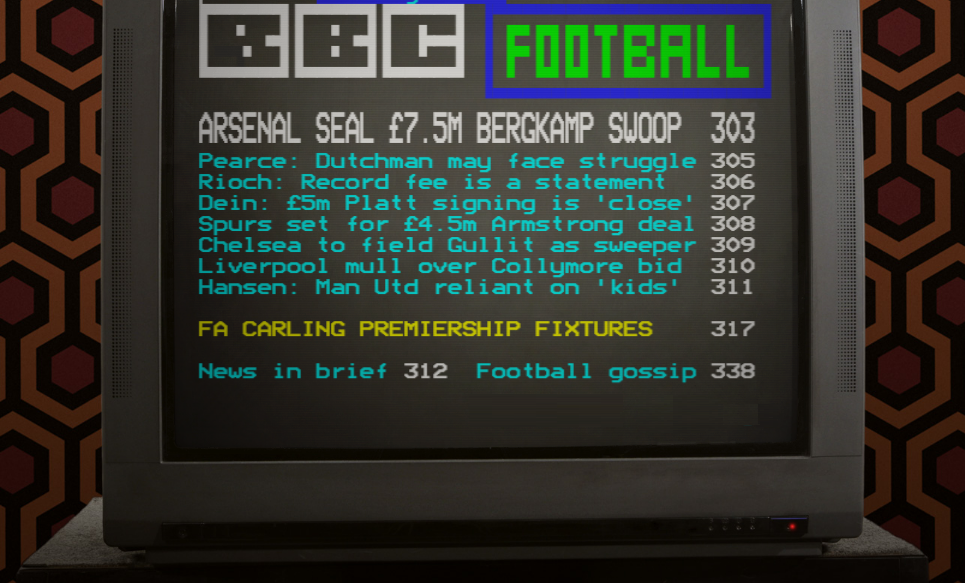 This has swiftly become the accepted norm, but begs the question – who is holding the clubs to account? Manchester United’s Twitter page has almost 10 million followers, a number so vast in size and influence that managing director Richard Arnold recently said at a Web Summit in Lisbon: “The level we are engaging at, to put it into context, is akin to religion.”

Boasting aside there is probably a kernel of truth to this, but United’s Twitter account – like every other club’s – isn’t operated solely as a source of information and entertainment.

It is not a public service for supporters, but rather a business, with sponsors that need satisfying and merchandise to flog. Yet the only checks in place for having such astonishing reach are occasional “delete your account” replies to embarrassing tweets or crying-laughing emojis for rare typos.

If that constitutes a legitimate concern it will hopefully be lessened by a different line of enquiry into the massive growth and popularity of club Twitter accounts. Namely, who is behind the content? Here personal experience piques my curiosity.

A while back I was asked to provide regular content for a well-known sports brand’s Twitter account. The brief experience was, frankly, hellish with every tweet needing to be signed off and every word deliberated and deconstructed before release. I recall one particularly angry phone call late on Christmas Eve demanding an explanation as to why I had used the word “exceptional” to describe the form of a French footballer. Was scoring 13 goals by the mid-season mark really ‘exceptional’? Or would ‘impressive’ have sufficed? Think boy, think.

So lord knows what it must be like being responsible for an account that represents a Premier League club, with millions of followers, and where an errant tweet can swiftly go viral. I imagined those in question cowering at their keyboards, fearing the wrath of their superiors for a misplaced Oxford comma. But a chat with Crystal Palace’s social media manager, Samuel Jordan, gave me a much more accurate idea of what the job entails.

And we'd also like to wish @TheRealAC3 a Happy 36th Birthday! pic.twitter.com/X2CMHUWdrh

“My job involves a bit of being here, there and everywhere,” says Samuel. “Officially it’s running the club’s social media channels from putting out news stories and ticket information to live tweeting games and press conferences. And it’s only me so there is quite a bit of maintaining Twitter, Facebook, and Instagram: not so much YouTube as we have a production team thankfully. I also do bits and pieces for the website and the programme when needed. For the most part I’m the only one who will tweet.”

This is both reassuring and surprising. Like the definition or not, Palace are an aspiring global brand with nearly half a million Twitter followers. As talented and trustworthy as Samuel clearly is, what if he awoke one morning in a foul mood and went full-on Howard Beale from Network, biting back at trolls and starting beef with rival club accounts?

Moreover where are all the marketing drones focus-grouping the content to ensure maximum return from each and every word? Swansea City’s social media manager, Jack Wells, confirms the huge responsibility of running a Premier League club’s Twitter page usually falls upon one individual.

“I manage it more or less on a 24/7 basis,” says Jack. “We have a guy who deals with our academy stuff so he’ll tweet when they’re playing but for the day-to-day stuff it’s just me.”

In fact, speaking to several social media managers for this article, the only mention of what can be perceived as corporate interference came from Spurs’ former head of social media, Roberto Kusabbi. And even then, it was only the sensible process of signing off on injury news before it’s tweeted or providing safety information to fans travelling abroad.

? No surprises as to who you chose as your man of the match from yesterday's 2-1 victory over Burnley… ? #COYS pic.twitter.com/aKbOGLs89W

There are discussions of course, and strategies put in place, but ultimately the account managers are supporters, whose main role is to interact with fellow fans. Indeed, Samuel, Jack and Roberto all told me that the best part of the job is getting to follow their team home and away for free. That, and enjoying a close working relationship with the players.

“I’m speaking to you now while standing on the edge of the training pitch,” says Samuel, clearly delighted. “If someone had told me this would be the case a few years ago I’d have thought ‘bloody hell!’”

It sounds like a dream vocation for anyone active on social media who is passionate about football. But while there are undeniable perks, there are downsides too.

Samuel insists trolling is an exaggerated phenomenon, although, “if we lose or draw against a side we were expected to beat you wouldn’t believe the number of neutrals who tweet us about ruining their accumulator.”

The biggest consideration – and potential pitfall – is weighing up the team’s fortunes on the pitch and adjusting the tone of the content to suit. It is apt that I speak to Samuel and Jack a few days after the incredible 5-4 scoreline between the two clubs. While Swansea were able to put out a video of a fan weeping with joy that consequently went viral, Palace’s Twitter page had to temper its usual upbeat output.

“Striking a balance can be tough when you’re on a run like we are,” Samuel admits. “It’s all quite sombre at the moment and we have to be cautious and not stoke the fire. Though if someone opened themselves up for a bit of mocking I don’t think I’d shy away from it too much based on form. We do tailor the content for how we’re doing on the pitch but the actual voice doesn’t shift that much.”

It’s a voice that has a substantial audience with high expectations. The demands can be contradictory; supporters want their club’s Twitter page to be both entertaining and informative, knockabout and worthy, and always something they can rely on. It’s a responsibility Samuel doesn’t take lightly.

“It’s become the go-to for information now instead of Google and we try to reply as much as possible to be helpful. We always take pride in being quite open and it does get us closer to the fans and gives them a sneak peek behind the scenes. These are people that fans are obsessed with so to show them what goes on in the week is quite important.”

Roberto, who faced the same challenges at Spurs, agrees: “You’re part of something that means a lot to a lot of people so you have to be sensitive about what they’re really passionate about.”

?
Here's what time we will kick-off against @Boro.
Where will you be cheering us from? Tweet us using #GlobalSwans pic.twitter.com/cZuyTNdp8J

It seems, then, that any misgivings I had about club Twitter accounts were misguided. Although let’s hope that remains the case.

The recent emergence of the digital platform ‘Dugout’ could be a game-changer in the dissemination of football news. Established on a revenue-sharing partnership with clubs, Dugout promises to offer ‘the best unique and exclusive behind-the-scenes content from the world’s best clubs and players’.

Prior to its launch the site polled 24,000 fans globally and discovered a trend for following multiple clubs. In the Far East supporters tended to champion individual players instead, necessitating an adaptable approach for clubs who now position themselves as global brands. With this in mind it appears the personal touch will soon diminish, but Jack notes the positives.

“It’s an interesting concept and we’re really proud to be one of their launch partners alongside the likes of Barcelona, Real Madrid and Liverpool,” he says of Swansea’s involvement. “For us it gives us a chance to monetise our social media and break the monopoly of the press. It gives fans even more chance to see behind the scenes.”

Samuel is similarly intrigued: “If somebody can crack that football/Facebook idea where all fans go to communicate about the sport – which Twitter has kind of done – then it could be interesting.”

Let’s wait and see. But in the meantime, if your club tweets something to leave you disgruntled, remember there isn’t a committee of highly-paid think-tankers behind the words, but another fan like the rest of us.