As Blackburn and Blackpool fans united in protest against their respective owners at Ewood Park on Saturday, half an hour’s drive away at Mill Farm the fans’ outlook is a complete reverse.

AFC Fylde, formerly Kirkham and Wesham FC, have risen up from the West Lancashire leagues to the top of the National League North in the blink of an eye. In stark contrast to local neighbours Blackpool they are a club with ambition, focus, money and a winning team. Their new ground Mill Farm is the bricks and mortar embodiment of all of this.

Fylde’s new stadium, a mightily impressive ground for this level, has welcomed crowds far beyond those at their previous home, the much more modest Kellamergh Park. Tucked behind a rural pub, Kellamergh typically saw gates of around 500 supporters, whereas Mill Farm attracts over three times that amount. A New Year’s Day fixture at home to local rivals Chorley brought a record attendance of 3,853 – nearly 1,000 more than the attendance at Bloomfield Road the next day for Blackpool versus Mansfield  in League Two.

A good number of those swelling the gates at Mill Farm are Seasiders boycotting their club’s home games in protest against the Oyston family’s ownership. But for Fylde fan Jack Connor the new ground, and its location closer to the town of Kirkham, is the most significant factor in the significant attendances. “We have a fair few Blackpool fans, but we get a lot of people coming from Preston, Kirkham, Freckleton and Lytham,” he explains. “The old ground was about four miles from the train station and about fifteen minutes’ walk from the bus stop.” 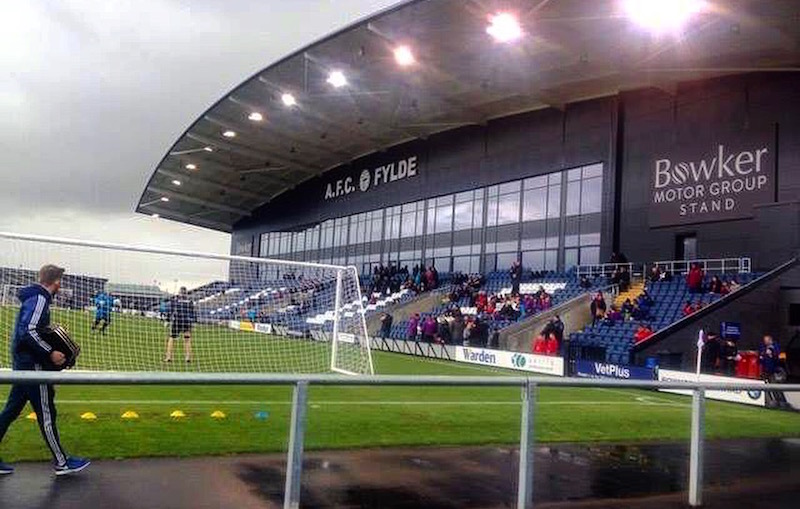 Mill Farm offers a great deal more than what is usually expected of a non-league football ground. Even an hour-and-a-half before kick-off, the stadium’s sports bar – Bradley’s – is packed with match-going fans watching the Liverpool-Wolves FA Cup tie on a nine-screen TV wall. There’s also a Mediterranean restaurant and a plush new club shop. Immediately outside the ground, the Mill Farm complex is growing all the time, a new KFC the latest installation next to an Aldi supermarket.

The financial clout for the Fylde project has been provided by local businessman David Haythornthwaite, who has twice tried to buy Blackpool. Haythornthwaite took over the club in 2007, when Kirkham and Wesham were in the North West Counties League, and stated his intention to achieve league status by 2022 – a reminder worn on the sleeves of Fylde’s shirts. Such lofty ambitions from a new owner in football are easily derided, but Fylde seem capable of meeting that target way ahead of schedule.

Jack is wary about getting the club getting ahead of itself. Fylde’s wealth has earned the scorn of the league’s more established clubs this season, and any slip-ups will be met with glee by non-league traditionalists. “We have progressed really quickly from the North West Counties League to this one, but look at Forest Green,” he says. “They’ve been in the Conference for 17 seasons in a row and been funded well for six or seven years at least. Some of the fans don’t like it [the 2022 goal], because if we don’t get it, we’ll be subject to a lot of mockery.” 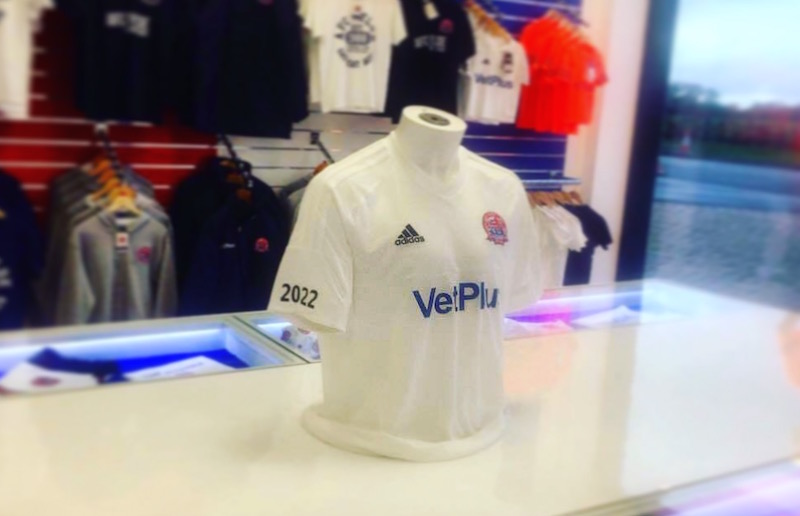 On a miserable day in West Lancashire, the Coasters record a comfortable 4-1 victory over Altrincham without leaving second gear. It’s a result that keeps them nine points clear at the top of the National League North. They have lost three games all season, scoring a phenomenal 80 goals in the league. Thirty-five of those have come from centre-forward Danny Rowe, his tally more than double any other player in the division. Against Altrincham, Rowe once again demonstrates that he should be playing at a much higher level, scoring two superb strikes within the first 20 minutes to effectively ensure Fylde’s 19th  league win of the campaign.

Fans may be saying it in hushed tones, but this year surely has to end in promotion. Having suffered play-off heartbreak in each of the last two seasons, Fylde’s irrepressible forward play should be enough to see them promoted to the fifth tier of English football.

There have been recent wobbles. Local rivals Chorley and Curzon Ashton beat The Coasters over the festive period, leading manager Dave Challinor to seek a more pragmatic approach as his team enters a crucial stage of the season. “We would all like to play free-flowing attractive football all year round but realistically that isn’t possible,” the former Tranmere long-throw specialist says in his programme notes. “One thing that we can try to control is getting the right result, by any means necessary.” Given Fylde’s resources, the club arguably should be running away with it in the title race, but that hasn’t stopped a few nerves seeping into the support. 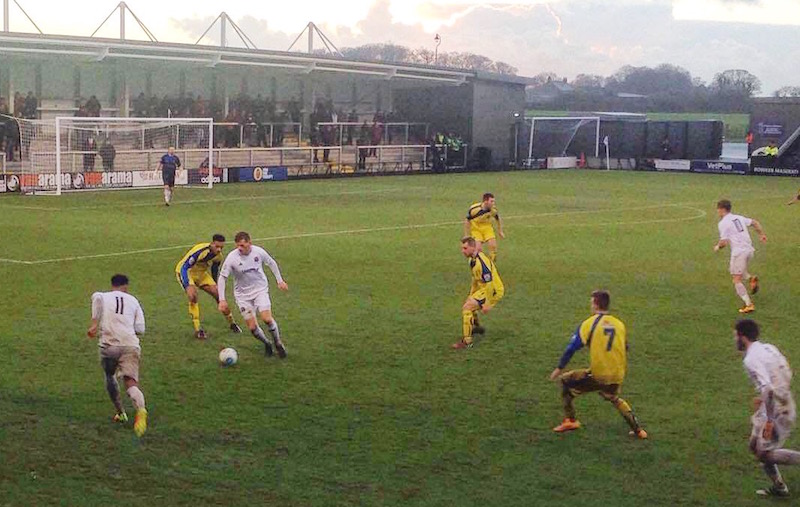 It is testament to the football Challinor’s side have been playing that a 4-1 win against Altrincham seems so routine. It certainly wasn’t at the level of November’s 9-2 victory over Boston, but nobody will mind that. Three early goals lead to a jovial mood on the East Paddock, with drumming and singing throughout. The visitors, certainties for the drop, are taunted with chants of, “We’ll never play you again”. It’s certainly hard to imagine these sides being league opponents for some time.

The 2022 plan is on track. If Fylde avoid complacency on the pitch, a remarkable rise to the top tier of non-league football will be complete. And if their goalscoring form doesn’t relent, continuing beyond the current campaign, it may not be long before Blackpool supporters visit Mill Farm not as an alternative to Bloomfield Road, but as envious away fans.