It’s a very bright, very blue, very cold Sunday afternoon in early January, the kind where the frost in the shadows refuses to thaw all day. Hemsworth Miners Welfare Football Club’s ground in Fitzwilliam, a small town near Wakefield in West Yorkshire, is hidden in a labyrinth of grey-bricked new builds, and though its car park is icy and quiet, the club bar is abuzz. “Well,” says Simon the kit supplier, a ball under each arm, “it’s not very often a nation is born, is it?”

Ellie Dalglish, the Yorkshire International Football Association’s administration manager, wears a white rose brooch and is chasing half of today’s trialists with forms to fill in, while wondering where the other half are. The YIFA have called in the top third of the 160 Yorkshire-born applicants for a trial match, and while Fitzwilliam is small and Hemsworth MWFC aren’t what you’d call giants of the game, it’s an appropriate place for the birth of Yorkshire’s first international football team. We’re in deep Yorkshire here – so deep that Geoffrey Boycott was born nearby and still lives a few miles away.

If any county was to go rogue, you’d have stuck your whippet on it being this one. Whether elbowing its way into Olympic medal tables, sequestering a day to celebrate itself or just droning, “YORRRK-SHIRE, YORRRK-SHIRE, YORRRK-SHIRE”, the home of the White Rose has always given the impression it would prefer to chisel itself off from mainland Britain and float away into the North Sea. It’s the biggest English county, and with a population of about 5.3 million it has roughly the same pool of potential players as Norway or Slovakia, and significantly more than Ireland or New Zealand. Six months ago, though, the YIFA didn’t exist. 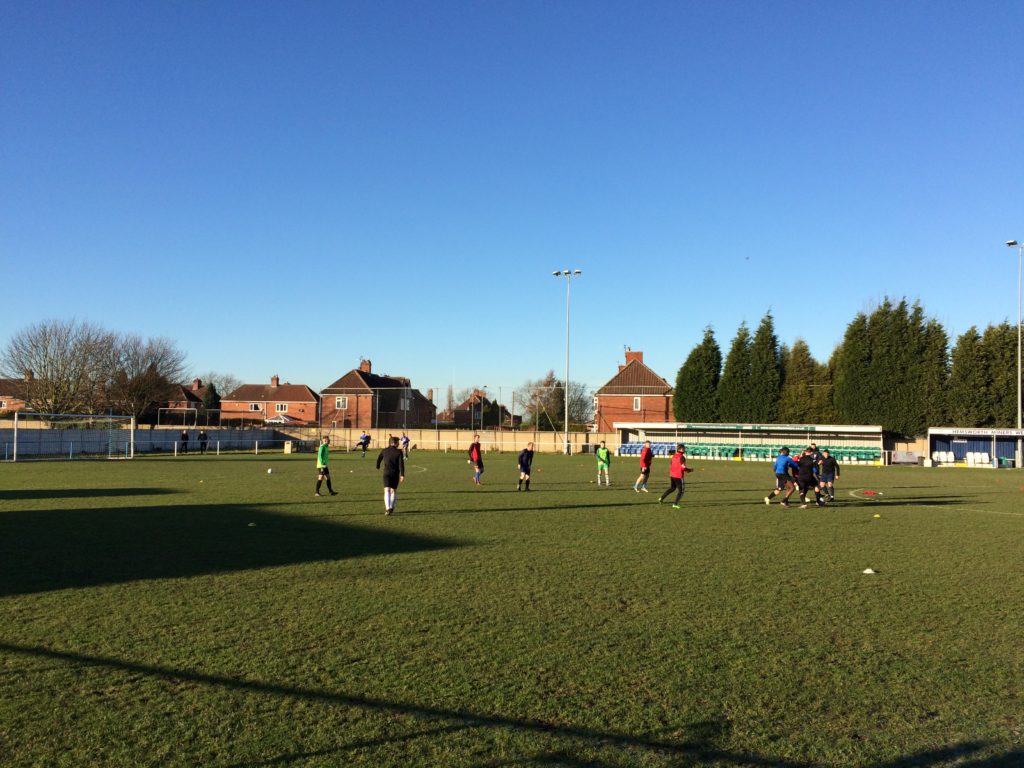 “I was a one-man team originally,” says Phil Hegarty, head of the YIFA and its founding father. He speaks crisply as we stand on the terrace outside the bar. “I just stood up on social media one day and said, ‘D’you know what, this is what I’m going to do, who’s on board?’”

When we speak, it’s only been 24 hours since Yorkshire’s application to join the Confederation of Independent Football Associations (ConIFA) was accepted at the body’s AGM in northern Cyprus. “It was a unanimous decision, which I was even more chuffed about,” Phil says.

ConIFA brings together teams representing diasporas, disputed territories, historic regions and de facto states not recognised by Fifa. There’s the Luhansk People’s Republic team, representing a tiny self-declared state in the Donbass region of Ukraine, and a Rohingya team based in Kuala Lumpur. Clearly, the election process involved more than waving a white rose flag and bellowing the Yorkshire chant.

“It had to be a very tight, academic argument,” Phil says. “We had to show the strength of identity in Yorkshire.” That meant using the University of Huddersfield’s study showing that people in Yorkshire “overwhelmingly” see themselves as being from Yorkshire before being from England, drawing on the county’s linguistic divergence from the rest of England and the fact it was the only county to have a non-Anglo Saxon kingdom in the Middle Ages. Equally important was the recognition of Yorkshire’s historic three Ridings – north, east and west – rather than the north, south, east and west Yorkshires the county was split into by the Local Government Act 1972. It’s another tacit flip-off to Westminster.

“It’s a very important symbol of the region, the three Ridings,” says Phil. “That’s what we’ve presented to ConIFA and that’s what they’ve recognised as being Yorkshire.” 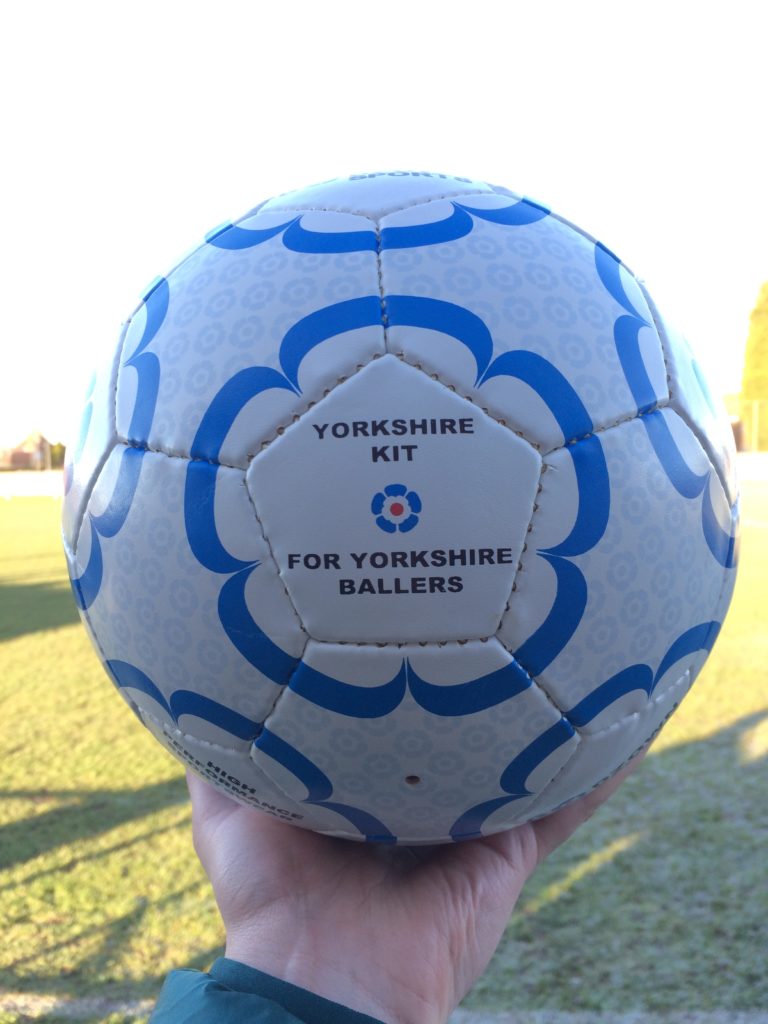 There’s more to this than just giving the old Yorkshire drum another thump too. After designing a flag, getting approval from the UN and making sure your political opponents are imprisoned, creating an international football team is the next item on the to-list when you set up a new country. Community polls in Doncaster and Barnsley showed broad backing for a single unifying mayor for the whole county, while the centrist, localist Yorkshire Party fielded a third more candidates and received more votes in the 2017 general election compared to 2015. Is this team a reflection of a growing appetite for independence?

“I don’t want YIFA or Yorkshire international football to be tied into that too tightly, but from a personal perspective: yep, definitely,” Phil says, looking over to the changing room door as the teams run out in yellow and blue bibs.

“It’s a really hot potato at the moment,” he says, choosing his words carefully, “and I think we do feed into that, whether people want it to or not. It’s that whole thing about devolution – how much responsibility do you take for yourself? – and what we’ve done here is not asked anyone’s permission, we’ve not gone through anyone else’s funnel; we’ve just gone out and asked the questions ourselves and come up with the results ourselves. So, hopefully that’s what we’re going to see from the political side of this as well.”

Yorkshire isn’t the first British region to join ConIFA – Ellan Vannin, the Isle of Man’s team, are currently fourth in the rankings and were Yorkshire’s first opponents in a 1-1 draw on 28 January – but does Phil see any other British regions launching their own sides?

“Yeah I do, actually. It depends on someone doing what I did and just picking up the reins with it, but an obvious one would be Cornwall. They’ve got a really strong, unique background, they’ve got a completely separate language with no Anglo-Saxon roots whatsoever, so that would put them in pole position.”

Like any national team, the Yorkshire side is supposed to reflect the county’s identity. YIFA’s head coach Ryan Farrell, who also works at Bradford City, is in the unusual position of being able to define an international side’s tactical and stylistic ethos. He says he wants to mix the England DNA structure with some typical Yorkshire values: “grit, determination and fight”.

His nascent team is rich in ball-playing centre-halves, but the stodgy pitch doesn’t exactly help. The neat passing triangles and low pull-backs which brought two first-half goals for the Blues and one for the Yellows have turned into front-to-back pings into the channels. “On pitches like that we might have to adapt,” Ryan concedes. 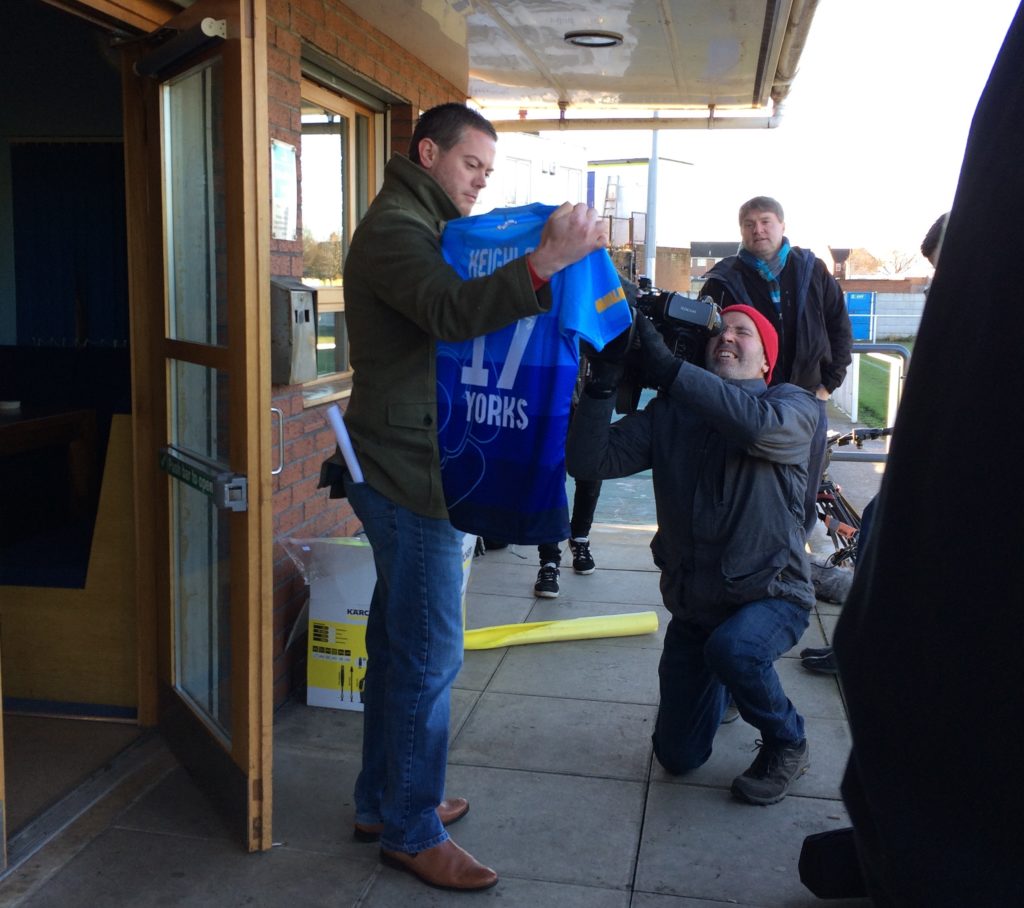 The Yorkshire ethos isn’t just limited to tactics, though. “Our players are ambassadors for the region, and there are certain things we don’t want to see that will be picked up on,” says Phil. “Rolling around the pitch with fake injuries, having a go at the referee, we don’t want to see stuff like that. Won’t be happening. Definitely, from day one, that’s going to be drilled in.”

The Yellows goalkeeper Harald Schumachers a Blue striker at precisely that moment. “Probably a penalty, that,” nods one spectator.

The game ends 3-1 to the Blues and everyone heads into the bar. “Where have you paid four quid for a pint?” one trialist asks the older lad behind the bar. “Pontefract,” he replies, with the grim-faced certainty of a witness at The Hague. Striker Matt Jackson walks in after chatting to Sky Sports.

“Mad, innit?” he grins. He and his mate Steve Crawford have come over from Leeds, where they play for amateur sides Emley AFC and Beeston St Anthony’s respectively. Do they align themselves with Yorkshire more than England? “Yeah, without a doubt,” says Matt. “Mine’s Leeds first,” says Steve. They’ve got international experience already, having played for England in 2016 at the Regions’ Cup, an amateur championship for Uefa member states.

“I can’t speak for Steve, but it were the proudest moment of my life, throwing on the Three Lions. If you’re from Yorkshire you’re proud of Yorkshire,” Matt says. “So I think for myself I just want to replicate that and do something on the international stage again.”

Before Yorkshire can get on that international stage, they need to earn points against other international sides and climb ConIFA’s rankings. After Ellan Vannin, there’s a meeting with Strathclyde’s regional team and a planned summer tournament. They’re too late to qualify for this summer’s ConIFA World Football Cup hosted by Barawa, a Somalian diaspora team based in London, but they’re targeting the 2020 tournament. Beyond the football, the opportunity to spread Yorkshire culture around the world is what’s brought everyone together today.

“I don’t think there’s anything better than letting people know you’re from Yorkshire,” says Steve. “We’re proud up here. And if we can go around the world representing it, it’s brilliant.”