It’s a surprise to see Slaven Bilic still in charge at West Ham following a tumultuous campaign in which the Hammers eventually finished in 11th on 45 points. The manager was hounded by speculation all season, lacking convincing public support from the board, but has clung on perhaps in part owing to a lack of realistic replacements.

Other factors have surely been taken into account. The move to the Olympic Stadium brought its own challenges in creating an atmosphere and a sense of home, while former record signing Andre Ayew was ruled out for more than two months after being injured on his debut against Chelsea and the talismanic Dimitri Payet departed for Marseille in January. The less said about Simone Zaza and Gökhan Töre’s loan spells in East London, the better.

Bilic knows he won’t be given long to get it right this year, and if the Hammers don’t get off to a good start he will be a strong candidate for the first manager to be sacked. He led the club to seventh in 2015/16, however, when they briefly flirted with the race for the top four and claimed their highest ever Premier League points total (62).

The Croatian has turned to firepower to improve his team’s chances of a top-half finish and a morale-boosting cup run. West Ham managed only 47 goals in the top flight last season, and the hope is that Javier Hernandez and Marko Arnautovic remedy that meagre return. Both have the experience to hit the ground running and Hernandez in particular could be the finisher they need to benefit from the service of Arnautovic and Manuel Lanzini, who were both in the top 20 for key passes per game last season tied with Liverpool’s Sadio Mane.

At the back, Joe Hart and Pablo Zabaleta forged a strong understanding during eight successful years together at Manchester City, and Bilic will hope they bring organisation to the sixth-worst defence in the league. Four straight defeats from the end of August to the end of September 2016, in which the Hammers conceded 14 goals and four each to Watford and West Brom, set the tone for a season of regression.

Bilic will be wary of a similar start to the new campaign after a clash with the World Athletics Championships at the Olympic Stadium handed West Ham three successive away games against Manchester United, Southampton and Newcastle. Should they come through that initial test, this could be a season of progress.

Tom Victor: A couple of weeks ago, I’d have said I was very worried about the very real prospect of relegation. The arrival of Joe Hart, Marko Arnautovic and Chicharito has changed that, however, and it makes a change to see the club identify specific targets and sign them, as opposed to the throw-shit-at-a-wall approach of the last two summers.

There are still question marks, especially up front where the alternatives to our new Mexican signing are either broken or children, and starting the season with three away games could present a struggle, but it seems like most of last season’s major worries have been addressed. 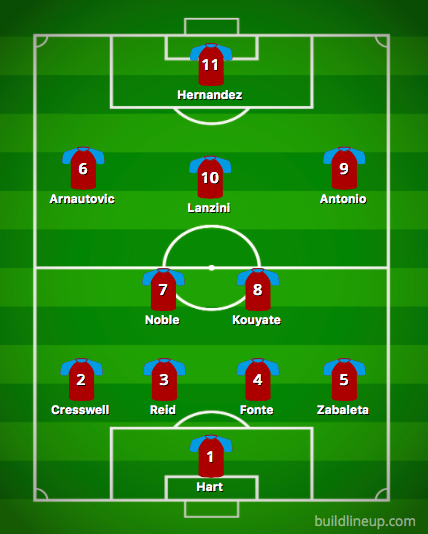 Matt Stanger: 8th. Very few people watched Dimitri Payet in 2015/16 and thought ‘Robert Snodgrass could do that’, so it was little surprise when the January signing from Hull struggled to fill the Frenchman’s void. But West Ham have moved to improve their attacking options and Marko Arnautovic and Javier Hernandez are an excellent pair of signings. I expect to see a resurgence under Slaven Bilic, who spent most of last season looking like, well, this…

Daniel Storey: West Ham: 9th. There is realistic hope that last season was West Ham’s nadir. The combination of an appalling summer transfer window, move to an unfamiliar ground and a manager struggling to motivate – and ultimately losing – the club’s star player. With Jose Fonte, Robert Snodgrass, Marko Arnautovic, Javier Hernandez, Joe Hart and Pablo Zabaleta all arriving in 2017, West Ham promise to be functional and effective, if not spectacular. After the mess of last season, that will do very nicely, thank you very much.