Despite finishing eighth in the Premier League and reaching the EFL Cup final last season, there were persistent rumblings that all was not well behind the scenes at Southampton. It was little surprise, then, to see Claude Puel depart in June, with the Saints turning to Mauricio Pellegrino to be their fourth manager in five seasons.

The Argentine, who enjoyed a brief spell playing for Liverpool in 2005, enjoyed a successful 16/17 campaign at Alaves, leading the modest Basque club to ninth place in La Liga and the Copa del Rey final, where they lost to Barcelona. It sounds like a familiar story.

Pellegrino will clearly need to do more than Puel in maintaining harmony at St. Mary’s, and if that is achieved he should be given longer to develop his plans even if this season sees Southampton fall several places. It has been a rocky start for the new manager, though, with Liverpool’s interest in Virgil van Dijk resulting in the captain training alone.

It won’t be easy to remedy that situation, but Saints don’t have a great deal of time to find a solution. So far their only addition is Polish defender Jan Bednarek, with last year’s squad – which won only one of the last eight matches – nearly completely retained aside from the departures of Jay Rodriguez and Cuco Martina (who only made nine appearances anyway).

It may be a short-lived sense of continuity at a club often forced to part with their star players. If Van Dijk leaves before the end of the transfer window, which seems likely, the late cash injection could see Saints scurrying around to buy players at the end of August. It should be noted that Van Dijk only featured in 21 top-flight matches last season, however, and with a winnable opening five games the search to replace him may not be a hindrance.

Without wanting to read too much into pre-season, a 4-0 defeat at home to Augsburg, fielding a strong starting XI, is perhaps cause for concern. Saints fans bored by Puel’s football, which saw only 41 goals mustered in the Premier League, will also note that Alaves, playing a similar 4-2-3-1 setup for much of the campaign, scored the exact same amount.

It all leaves more questions than answers at a club that has largely slipped under the radar this summer. But with Van Dijk’s future still to be resolved, and Pellegrino soon to make his Premier League managerial debut, Southampton could be set for a frantic end to August.

Alex Stewart: With little to excite Saints fans in the transfer market so far (only Polish centre-back prospect Jan Bednarek has joined, although the video for Stuart Taylor’s contract extension raised a titter), the big news is obviously our new boss.

Mauricio Pellegrino worked wonders with a skint, underpowered Alaves side who were widely tipped for relegation last season, guiding them to ninth place and a Copa del Rey final where they lost, ineluctably, to Barcelona. Playing a 4-2-3-1 or 4-4-2 that sat deep, countered quickly, and played with real organisation and tenacity, whether Pellegrino delivers the attacking football so lacking last season remains to be seen. Having said that, he has the personnel to play more expansively, especially in Tadic, Redmond, Ward-Prowse, and Gabbiadini.

He likes a solid ball-winning anchor in midfield, with Oriol Romeu a perfect fit for the Marcos Llorente role should he copy his Alaves set-up, and he also has a strong track record of using youngsters. All of which bodes well for the Saints.

Claude Puel’s reign was short-lived, even with a cup final which we should have won, and I for one appreciate what he did without being overly sad that he has left, given that I think Pellegrino could be superb and a perfect fit for us. I would hope for a finish around seventh or eighth with a deep cup run to boot. If we can add another strong centre-back and a keeper to challenge the under-performing Fraser Forster, I don’t think that’s a reach. 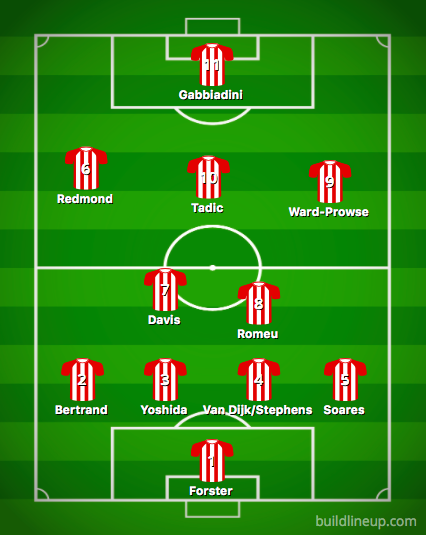 Matt Stanger: 11th. There seems to be a mini crisis at Southampton every summer, brought about by a change in manager and the sale of several star players. This year may be no different if Virgil van Dijk departs, but Saints coped for long periods last season during his injury absence and Mauricio Pellegrino proved he knows how to organise a back four at Alaves, who had the fifth best defensive record in La Liga. I think Saints will be comfortable without ever really impressing a great deal.

Daniel Storey: 10th. If Claude Puel was the first managerial mistake during Southampton’s rise from League One to the Premier League’s top half, it was hardly a disastrous one. If finishing in eighth place and reaching the EFL Cup final is deemed insufficient, Mauricio Pellegrino has his work cut out to match it. Yet after Puel fell out with several key players and produced a tepid brand of football, there is hope that Pellegrino can again top up Southampton’s goodwill bank to full capacity. At the time of writing, they have still only signed one player, and Virgil van Dijk will surely leave.