So good, they interviewed him twice, Paul Power was a man in demand during his playing days. And it wasn’t just for that lovely thick moustache he sported on his upper lip.

Power is an undoubted Cityzens legend (although they weren’t called that in his day), making more than 350 league appearances for the blue half of Manchester, before continuing to shirk the colour red by joining Everton in 1986.

When Power was first interviewed in 1980, he showed he was a man of sublime taste as he pinpointed Dubrovnik as his favourite holiday destination, long before it became the tourist hotbed today, and his dislike for rude people. 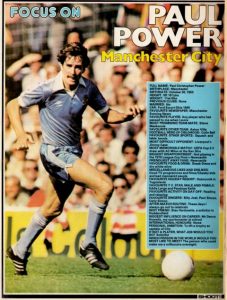 And seven years later, the versatile defender and midfielder didn’t appear to have any less ahead of the trends as he revealed he’d like to sell clothes to men’s outfitters if he wasn’t a footballer. Whether he went to hanging up clothes after hanging up his boots is one of the big questions we want to hear being answered. 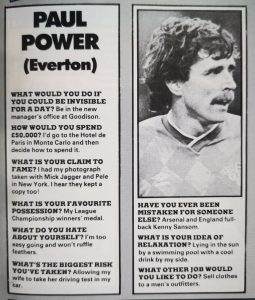 But, don’t worry, he talks about a bit of football as well. And with a league winner’s medal and an FA Cup final appearance to his name (albeit if he was on the wrong end of Ricky Villa’s famous goal in 1981), he’s got all the top-level experience to make for a fascinating listen.

Paul Power: What Happened To You? podcast
Rate this post