One of the stranger paradoxes of Wimbledon’s move to Milton Keynes is that the commission, in their explanation of the decision, were very keen to stress that this act of moving a club, of franchising, should not be considered as such. The idea of franchising in English football was (and is) so toxic that even those providing institutional permission were compelled to condemn the practice.

There is, of course, much casual anti-Americanism within English football, from the regular arguments over ‘soccer’ vs. ‘football’ to the many happy years of laughing at first the NASL, then MLS. But disquiet as to franchising sits apart from this wider tendency. The assertion that ‘football’ is somehow more correct than ‘soccer’ is partly an aesthetic argument, partly cultural paranoia. Franchising is a different thing altogether: a materially distinct method of organising the sport itself. And the nature of that difference is intimately related to the idea of a football club.

Another parallel with Milton Keynes emerges here. Much of the early disquiet with Milton Keynes in the late ‘60s and early ‘70s, as it passed through the planning stage and into the landscape, focused on the grid system, and particularly on the grid system’s supposed inherent Americanness. Los Angeles in Buckinghamshire: a self-evidently ludicrous conjunction. The grid system was both futuristic and foreign, two powerful others. Historian Lauren Pikó reads this coverage of Milton Keynes as connecting with a wider declinist narrative of Britain’s changing place in the world, particularly in relation to its lost Empire.

“By presenting the grid system as a rationalising form associated with the cultural influence of a former colony, the English landscape was invoked as being subjected to the subsuming logic it had imposed forcefully elsewhere. The association of the grid with futurism rather than the past speaks to […] the perceived newness of the inversion in power relations implied by American influence.”

We might conclude something similar was motivating peculiar pieces like this one, by Sean Ingle in the Guardian, published as the arguments for and against Wimbledon’s move were being made.

“Hold onto your Stetsons, stuff another hamburger down your throat, and start practising your Ricky (sic) Lake wave. Because if Wimbledon move to a new £50m super-stadium in Milton Keynes, the Americanisation of English football will be complete … These days the economics, stupid, is all that matters.”

Wimbledon’s move, then, stands not just as something to be opposed on its own terms, but as the last stand in England’s brave attempts to fend off re-colonisation. The club’s owners were Norwegian, Charles Koppel came from South Africa and Pete Winkelman is as British as apple crumble … but it was still the Americans.

All of this came roaring back into focus as the Super League appeared and then imploded. The American owners of Liverpool, Arsenal and Manchester United were quickly identified as key drivers of the idea and during the protests American flags were burned outside the Emirates and Old Trafford. Despite the enthusiastic participation of Andrea Agnelli, chairman of Juventus and scion of one of Italy’s foremost industrial families, and Florentino Pérez, president of Real Madrid, who made his money in Spanish civil engineering, the idea — particularly the closed league structure — was widely criticised as fundamentally American. It is true, of course, that the closed, relegation-free model of the Super League resembled MLS, the NFL, and so on; it is equally true that many American fans of European teams were drawn to their clubs precisely because of the un-American tangle of the pyramid and the jeopardy of relegation. Here, ‘American’ seems to be shorthand for cartel capitalism at its most vulgar, predatory and globalised.

One of the drivers behind Milton Keynes’ grid system was a search for efficiency, as contrasted against the inefficiency of more traditional cities: as such, the grid was not just another way of doing things but an assertion of a better way, with the associated suggestion of inferiority in England’s many more traditional elsewheres. And there is a similar echo of this search for efficiency — in the distribution of football clubs rather than urban logistics — in the priorities, stated and implied, of the commission that sanctioned Wimbledon’s move and the clique that plotted the Super League. The suggestion that Wimbledon could not continue in Wimbledon — that a club, in place since 1889, had not managed to develop adequate roots in the area in all that time — stands not just as a particular claim about a particular club but as an implicit criticism of the entire traditional model. If Wimbledon, with their hundred-year lifetime and their FA Cup win, couldn’t even lay adequate claim to their place of origin, how could any troubled club? And surely, the key message from the Super League clubs — beyond the obvious surface reading of ‘fuck you’ — was that the traditional structures of football were simply inadequate for keeping them in the style to which they had become accustomed. 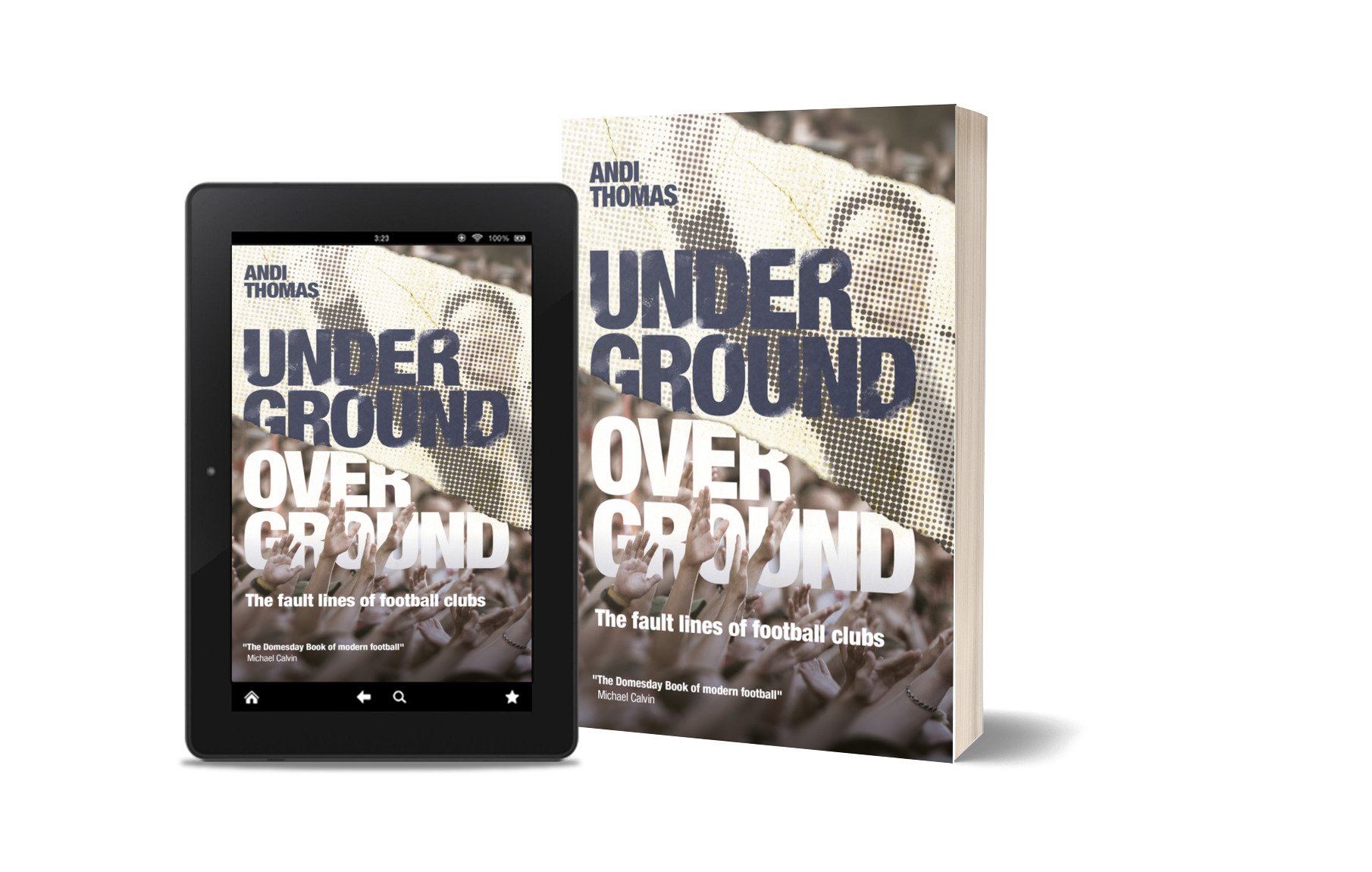 We should probably note here that while franchising is accepted and permitted within the closed professional leagues of the USA’s major sports, it is by no means uncontroversial. A team that moves may not be cast into the abyss of non-existence in the manner of ‘Franchise FC’, but there may still be great and lasting opprobrium, not least from the place that has just lost its sports team. In basketball, the departure in 2008 of the Sonics to Oklahoma City is still mourned and bitterly resented within Seattle, where Sonics and retro SuperSonics shirts are available to buy in sport stores. As for baseball, Bernie Sanders, socialist senator for Vermont and occasional runner-up in Democrat presidential primaries, was a 16-year-old in Brooklyn in 1957 when the Dodgers were moved 4,000 miles west to Los Angeles; he later called this “a brutal act which impacted Brooklyn in a very significant way”. His former chief of staff Huck Gutman has speculated to the Guardian that this was a formative experience, their first exposure to the fact that:

“Those with a lot of money may have an interest that is different than the community’s interests […] We never understood that he who pays the piper plays the tune. It was a lesson that it doesn’t matter whether people love [a team], it’s all about the money. I don’t think there had been those kinds of things. We all know now the sports world is all about making money but this was the first time we saw it. This was uprooting a club that had all these historical links to the community.”

It is striking how closely Gutman’s account here echoes the concerns of Wimbledon’s fans at the time of the move: the appreciation of money overpowering community interests, and the severing of the historical links. He even reaches for the same horticultural metaphor as the commission: “uprooting”, with its connotations of nurtured growth over time. And it is easy to see why the idea of franchising might be anathema to anybody that conceives of a football club as something constituted by fans in a certain place. It is, in effect, a total inversion of Bobby Robson’s famous definition and a full endorsement of the principles of Charles Koppel’s unique solution: the club inheres in the ownership, and the place in the league, and all the things that can be moved; it does not inhere in any of what must be left behind. Not even the name is safe. Somewhere on their journey inland from Cascadia, the Seattle Sonics became the Oklahoma City Thunder.

When we look at the motives given and inferred for franchise moves in American sports, we can see parallels with the move from Wimbledon to Milton Keynes: a place that cries out for a sports team, another one that has a team but doesn’t deserve it. The promise of a new stadium, often in the case of the US built with public funds. More broadly, the promise of making a little or a lot more money. But the key difference is that professional sports leagues are closed and established: if Oklahoma City wanted an NBA team, and the NBA didn’t want to expand, then they had to lure one from elsewhere. There was no Oklahoma City Basketball waiting to be sugar-daddied up the pyramid. There is no pyramid.

The central importance that the commission placed on avoiding setting a precedent for franchising in English football is, in effect, an endorsement of the protesting fan’s position that franchising runs counter to the principles of English football. The commission sought to evade the question by presenting a moral case for the move. But perhaps, in a paradoxical way, this very failure helped them achieve their professed goal. It’s not that franchising hasn’t caught on because this wasn’t franchising: it plainly and clearly was. Rather, we might conclude that franchising hasn’t caught on in part because this exercise was so thoroughly unpleasant that nobody wants to have another crack at it.

Indeed, it is only the franchising aspect — the purchase of the league place — that has been anything like successful. The name has gone, so too the colours; that never-say-die attitude dissolved when they crossed the Thames. The whole project of Wimbledon-in-Milton Keynes was quickly abandoned once the team slumped into administration. The owners had to write-off millions in unrecoverable debt. And the upward curve to the Premier League never materialised: instead MK Dons have spent most of their time in the middle of League One, with occasional adventures down to League Two and one resoundingly unsuccessful campaign in the Championship. The Asda got built, though. So did the Ikea.

Despite the appeals to morality, no moral precedent was established here: franchising was tried, and found to be unpopular, unpleasant and much harder work than anticipated. Since the move, the idea of rescuing financially struggling teams by moving them somewhere else — however dire their plight, however low their attendances and apparently disengaged their public — has been entirely absent from the conversation. And while the building of new towns has slowed, perhaps limiting the potential for new constituencies of Milton Keynes’ size, England certainly hasn’t been short of financially struggling teams or imaginative, maverick owners. Dublin is still there, after all, but the football clubs of England seem to be leaving it well alone. Even Winkelman has conceded that his mission hadn’t quite gone to plan. “Originally, I thought I could move a football club,” he told Estates Gazette in 2008. “Now, with hindsight, I’ve come to realise that you can’t.” The protesting fans’ arguments may not have carried the day, but theirs is the case that has echoed down the years.

This is an extract from the brilliant Underground, Overground: The Fault Lines of Football Clubs by Andi Thomas for Halcyon Publishing, which you can order here: https://halcyonpublishing.co.uk/products/pre-order-underground-overground-the-fault-lines-of-football-clubs