It’s just a car park. A stretch of grey tarmac flanked on one side by a railway line and on the other by a football ground. The only feature worth noting is a double-decker bus painted in Millwall blue where the supporters’ club gather before games, but that will have to go if the proposed redevelopment eventually goes ahead. The club might have to move too, with CEO Steve Kavanagh insisting relocation is a very real, if undesired, possibility. This car park, along with two more pockets of land that include the site of the Millwall Community Trust, has been earmarked for a £1billion regeneration contract, which could see the Lions squeezed out of The Den.

Standing outside the stadium before kick-off ahead of last Saturday’s match against Leeds, it was impossible to tell how much trouble this patch of land has caused. Fans queued up for fish and chips at the Millwall cafe as young supporters had their photo taken with Zampa the Lion. There was a buzz of anticipation for a fixture Neil Harris described as having a real derby feel to it, despite the 200 miles between the two clubs. The threat of compulsory purchase orders and relocation could not have been further from the mind, despite it lying beneath everyone’s feet.

It was the same when Millwall took to the pitch. Amid a fevered atmosphere, they pummelled Leeds for 90 minutes to earn a thoroughly deserved 1-0 victory. Had it been a boxing match it would have been stopped early, said Harris, and it is difficult to think of a more fitting analogy for a game in which table-topping Leeds mustered just a single jab at goal. It is testament to the Millwall manager and his players that they have remained so focused during the dispute over the land, but the spectre of the issue still lingers during an ongoing public inquiry.

From the outside it may seem the fight has been settled. Following a hard-fought campaign by Millwall supporters, Barney Ronay’s excellent coverage of the story in the Guardian, and a number of questions concerning the track record of Renewal, the chosen redevelopment firm, the CPO proposals that had originally been approved by the council in September 2016 were abandoned in January 2017. The public inquiry led by Lord Dyson, at a cost of £500,000 to the taxpayer, will evaluate the council’s decision-making process.

But this boxing match is far from over. Kavanagh is eager to press home the point that relocation is a serious possibility – with several proposals already put forward to the club – unless Millwall are included in the redevelopment plan. “We don’t want to move. Let’s be clear, we’ve got no desire to move,” he told The Totally Football League Show. “We’ve been in this community a long time and we feel we’re a huge part of this community. But if it is absolutely the right thing to do because this goes ahead, then we would have to do it.”

Kavanagh has recently written to five Labour candidates in the running to be Lewisham’s next mayor to find out whether they would back further CPOs should they gain election. Only one, Paul Maslin, a councillor for New Cross, said he would support a fresh CPO that would see the sale of the land on which Millwall Football Club resides, aside from the stadium itself. Maslin’s position underlines the precarious situation the club is in and, until ground is broken on a regeneration project in which they play a central role, the Lions’ fears will remain.

“It’s not much to look at, but it’s a much coveted piece of land,” said Nick Hart of the CBL Magazine, who has helped lead the supporters’ campaign. “Basically the fight we’re having is to make sure the club is part of the regeneration. The club want to redevelop it themselves for all the usual things you see at football grounds around the country – a hotel, retail units, cafes and so on. It’s a means of trying to sustain what is a relatively small football club in London terms and give it an economic future. It’s been a struggle, to say the least.” 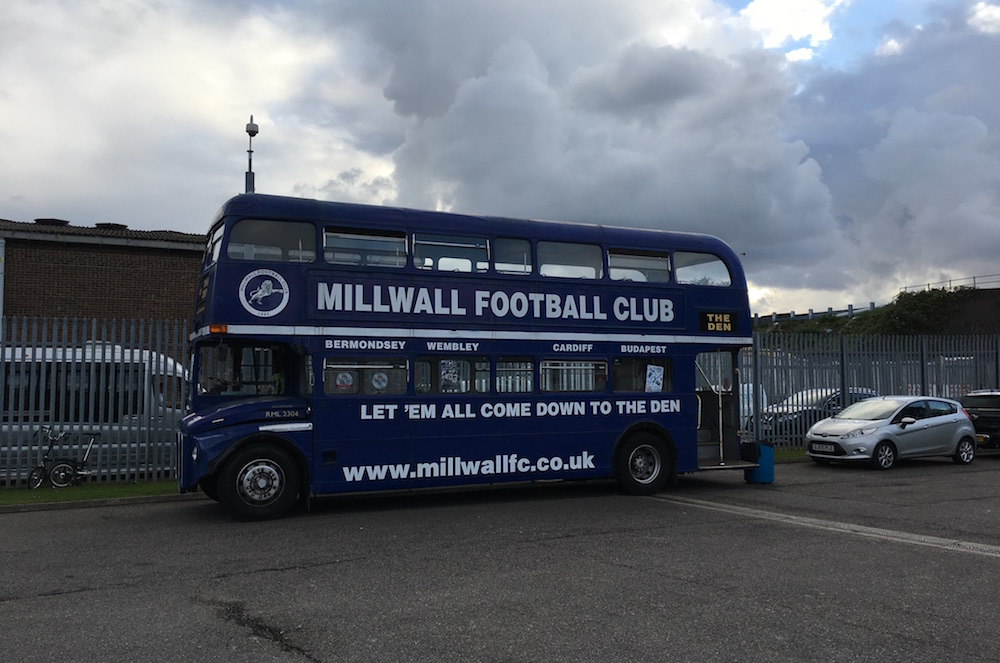 In 2013, Millwall’s offer to buy and regenerate the land was rejected. The club’s plans have been put on hold indefinitely. “We want the site developed, but we want to play a part in it,” Kavanagh explained. “At the end of the day we’re a football club, not a property developer. We’re willing to work with the right partner to ensure the right development is undertaken around our stadium. We’re prepared to invest and the club’s owners are committed to ensuring the proceeds of a successful development are applied to the club to secure a long-term, stable financial future in Lewisham.”

The cost of fighting the Renewal proposal has been a drain on Millwall’s finances. Kavanagh estimates that two more players could have been signed during the summer had it not been for the land wrangle. Performances on the pitch have been the only consolation, with Millwall winning promotion back to the Championship in May and already looking like a side capable of consolidating their position in a higher division.

On Saturday, The Den was rocking as a sell-out crowd celebrated beating Leeds with a display of grit and perseverance. “It’s one of the best performances I’ve seen here,” said one supporter after the game. Whether the club will stay in this corner of London long enough to enjoy many more of these occasions is a question that remains unresolved. But the hope is that they will.

“This is our home. We want to be here,” said Kavanagh. “Hopefully, with the right changes in the cabinet at the council, we can make this our home for the long-term and have positive regeneration around us that allows us not just to deliver on the pitch, but off the pitch as well.”