As hard as the governing bodies try to unpick the thread, politics is woven into the very fabric of football.

The sense of identity, the emblems, armbands and anthems mean that, inevitably, the two are set to clash more often than local derby rivals and in potentially captivating fashion.

One such encounter could be set for this spring, away from the mainstream sports channels but still just as important.

In Kendall Soccer Park in Miami, Florida, a team’s mere presence on the pitch would stand as a symbol of defiance to the President of the United States himself.

Zorros Club de Futbol is an amateur football club from Mexico City. Brought together by their shared status as part of the LGBT community, they state their aim is to promote equality in football and increase visibility for LGBT players.

“We met in 2013,” says defender Nico. “We started playing as ‘Tri Gay’, which was the national selection for the Gay Soccer World Cup in 2012. One year later, Zorros was formed with several players who were initially from that team. Since then, we have been continuously playing the last few years in all tournaments.” 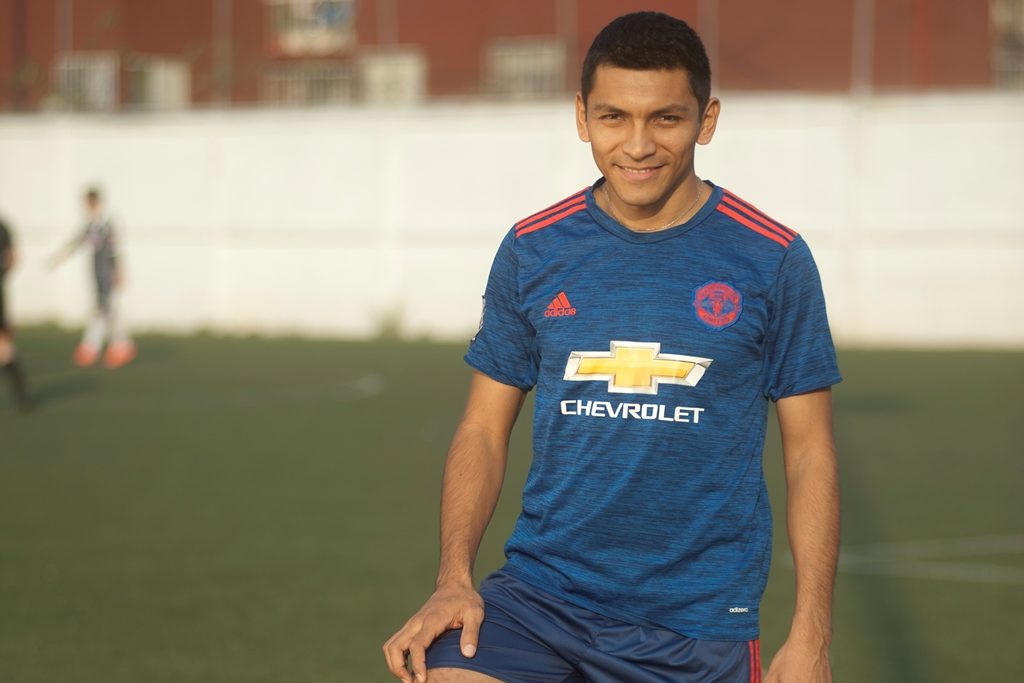 Having initially begun with just eight men and women looking to play, the club has grown into a 30-strong set-up, adorned in blue Manchester United away strips.

Four years on, they have youth teams, community outreach events and even a group set up for those just looking to play at any level of ability.

These players’ early journeys into football are like those of any child – inspired by local teams such as Mexico City’s Pumas or hoping to follow in the footsteps of fathers and older siblings. They look to play wherever they can in the sprawling capital city.

But that typical path becomes far rockier for those who are gay, with football possessing a chronic stigma when it comes to embracing players and fans from the LGBT community. It is a stigma which the Zorros players feel is holding the sport back.

“It can difficult to be a gay person in the world of football, because of the problem of machismo,” explains Marck.

“There is the belief that it is an exclusive activity of so-called ‘men’. But there’s talent in the gay community. I’ve seen it. Even though it’s difficult, I think players can excel.”

Polo, a midfielder, agrees the talent is there but adds that a gay footballer has more to focus on than just playing well.

“I think there are many players who have the potential to be professionals but unfortunately because of discrimination, they are not supported. For me, being a gay player is about fighting for our rights and showing people that we have a place in the sport.”

That sense of belonging is a big part of what the Zorros aim to achieve, supporting young players who can often be made to feel unwelcome by football and wider society.

“This team has helped me to meet people who think like me and they have been supportive in many ways. I consider them like family,” adds Marck.

It is a view shared by the team’s striker, Freddie: “Zorros is my family. I do not see myself wearing any other shirt than Zorros.”

The squad are currently making preparations for their next big tournament – The World Out Games in Miami, Florida on 26th May. A 10-day celebration of sport and acceptance, the Out Games is set to attract thousands of participants and spectators, with LGBT competitors in events such as triathlon, cycling and football.

For Zorros, it’s not just about taking part – they’re hoping to make a mark.

“We are training very hard. With the level we are at today, I think we can finish in the top three,” says club captain Arturo, hoping to play down the expectations. “We are competing against teams that have spent a lot of time together, more than us, but I have confidence in the players.”

Freddie is less diplomatic. “We are going to leave everything on the field. We want the final, we want a medal and we will do our best to reach that goal.” 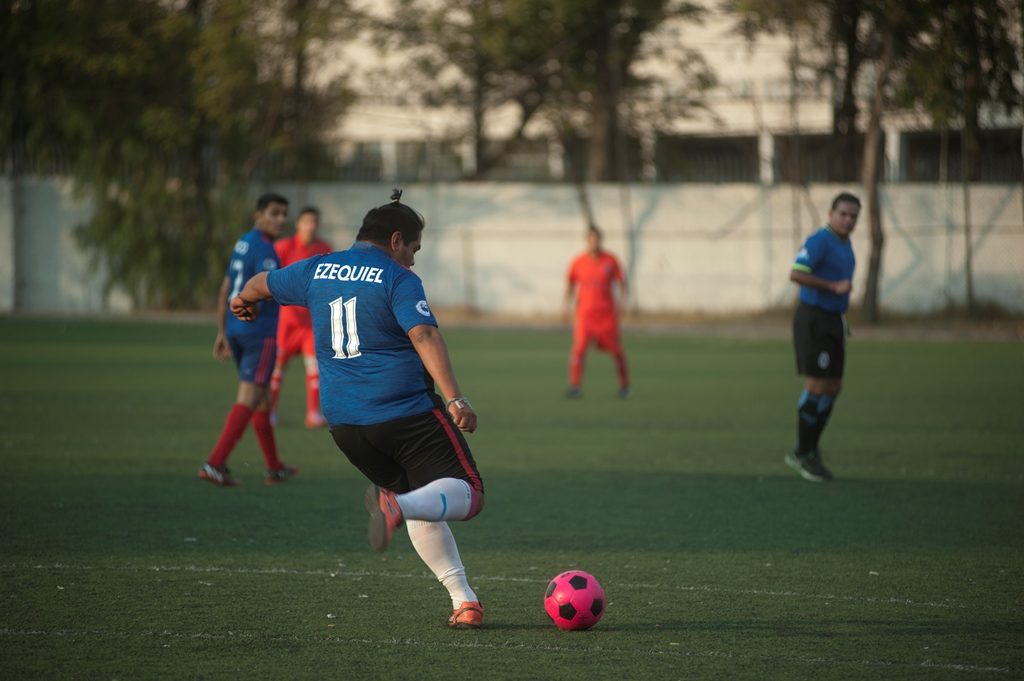 But the team’s opportunity for victory in Miami faces some serious challenges on the way. The first is finances. A tournament abroad can be a costly venture, and many of the Zorros players are young students, unable to afford travel, accommodation, passports, as well as the Out Games registration fees which are $65 per squad member.

To combat this, the team is looking to crowdfund their trip online, with ‘thank you’ messages and personalised gifts for their sponsors.

The second challenge, looming larger over the proceedings, is the Trump presidency.

As a candidate in last year’s election, Trump made his sentiment towards Mexico clear. According to Trump, the citizens of America’s southern neighbours were labeled ‘rapists’ who were ‘bringing drugs and crime’ into the country.

The ‘Make America Great Again’ campaign rallied around the issues of border control and deportation, and rode them to victory over a year later.

Trump has spoken of being an ‘ally’ of the gay community, but his surrogates have openly talked of legislating for ‘religious freedom’ bills to combat beliefs being overruled by ‘political correctness’. In real terms, this could see LGBT people in America discriminated against in areas such as housing, education, marriage and other hard-fought human rights.

The Out Games host city of Miami remains a cosmopolitan hub with a strong Hispanic demographic. In the weeks before the election, the early story was of the state’s Mexican-American voters coming out to the clinch the election for Clinton in what was being called the ‘Latino surge’ on the news reports.

In June earlier that same year, the local community rallied together when a mass-shooting in Orlando saw 49 killed in a gay nightclub. The tragedy will likely be marked at the games as people pay their respects one year on from the attack.

Yet the state of Florida also saw over 4.6 million votes for the man in the red cap, who led the chants of ‘build the wall’ which Mexico would supposedly pay for. Surely this must play on the minds of Zorros, whose spirit of acceptance stands in stark contrast to that of the US President himself.

One player suggests they should not give so much importance to what Trump thinks, but there are already consequences to those words.

“For many of us, myself included, they did not authorize a visa,” explains defender Tony. 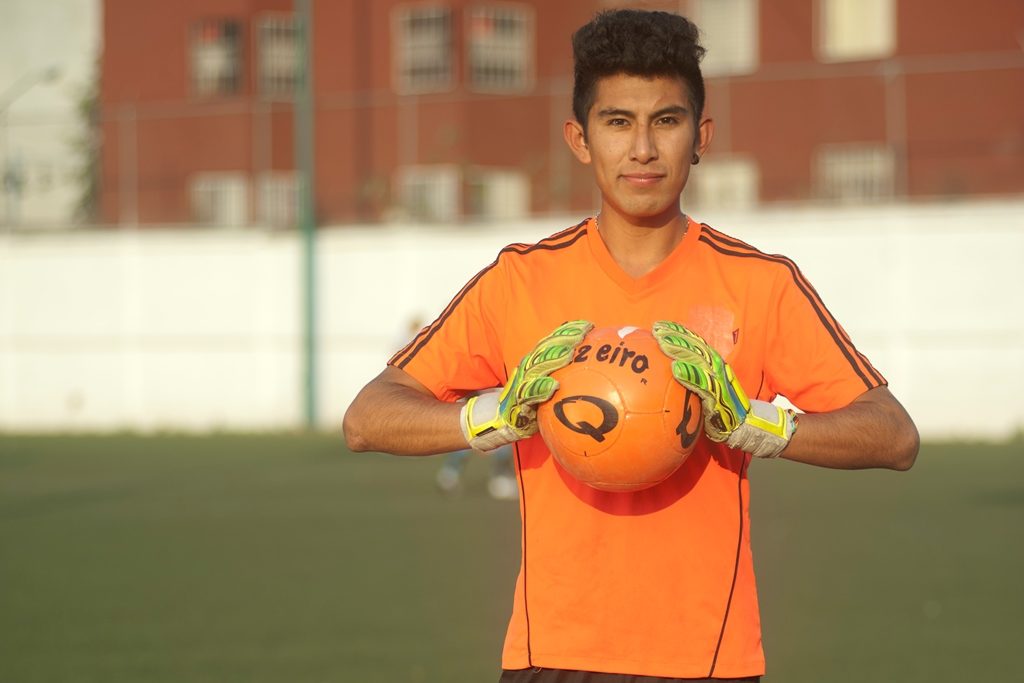 Stricter border controls following the election have led to a number of the Zorros players’ P1 athlete visa applications being rejected – a blow to their medal hopes before a ball has even been kicked.

The team say that the tournament organisers have been in contact, stating they will do all in their capacity to back their applications, having sent supporting letters to the Embassy in the hopes of overturning the rejection.

But still, players such as Tony feel dejected that the chance to compete on the world stage may have been spurned by situations out of their control.

“We want to try our skills in other countries and with other players who are not from Mexico,” he says. “They took away that dream and I think it’s unfair.”

Despite this setback, Zorros Club de Futbol remain resolute in their desire to train and be ready to compete against teams from across the world in America this summer.

For them, sport is the focus, but the chance to show something bigger is also now an important factor too.

“It will move us to show that all Latin people and particularly Mexicans can do this,” says midfielder Neth.

“I believe that instead of being intimidated, it motivates us and we are encouraged to lift each other up.”

To find out more about Zorros crowdfunding campaign you can visit dreamfuel.me/campaigns/153