After the success of his first book, The Illustrated History of Football, David Squires is back with a second volume, the Hall of Fame, released on November 2nd.

You’ll be familiar with David’s weekly comic strips in the Guardian, in which he recently drew no fewer than 67 nutsacks spouted by Jose Mourinho in his post-match press conference.

Anyway, David spoke to The Set Pieces for Vox in the Box last year, explaining where he gets his inspiration.

His new book is hilarious and looks at the heroes of the game from Maradona to, erm, Tomas Brolin.

We’re delighted to present an exclusive strip on the ever humble Zlatan. 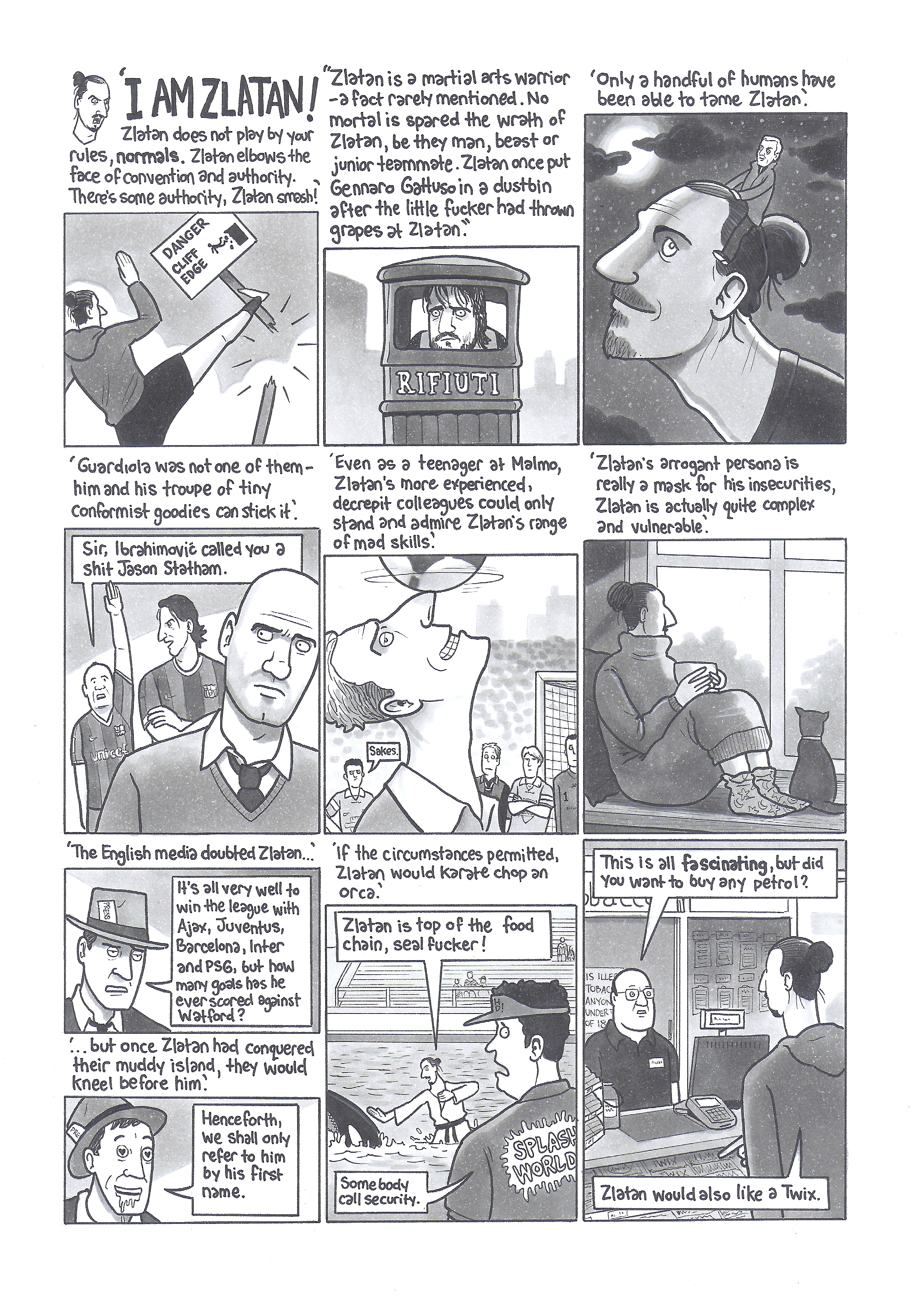 The Illustrated History of Football: Hall of Fame by David Squires is published by Century, priced £14.99, and is available to buy now.