You’re probably familiar with the genius illustrations of David Squires by now.

His weekly comic strips in the Guardian are hilariously entertaining and he spoke to The Set Pieces for Vox in the Box earlier this year.

David has a new book, The Illustrated History of Football, out on 3rd November. Having seen an advance copy we can assure you it’s brilliant, if a little disturbing in parts (look out for Rafa Benitez’s half-time team talk in the 2005 Champions League final).

We’re delighted to present an exclusive strip from the book on Sergio Aguero’s last-minute title-sealing strike for Manchester City in 2012. Enjoy…

Manchester City and Manchester United went into the last day of the 2011–12 season level on points at the top of the Premier League, separated only by City’s superior goal difference.

Despite the massive cash investment from their wealthy new owners, the title had thus far eluded City. They knew that a home win against lowly QPR would be enough to bring them their first league title since the 1960s, but this was Manchester City so calamity couldn’t be ruled out.

United would need to record an enormous win to overhaul City, but they were playing Sunderland so it wasn’t entirely unthinkable either.

The City players emerged from the tunnel to a golden shower of tickertape, the cameras cutting away to Liam Gallagher holding aloft a scarf emblazoned with ‘Champions 2012’. They weren’t so much tempting fate as sending it filthy selfies via direct message.

What followed was the most dramatic conclusion to a season since football began, some twenty years earlier. 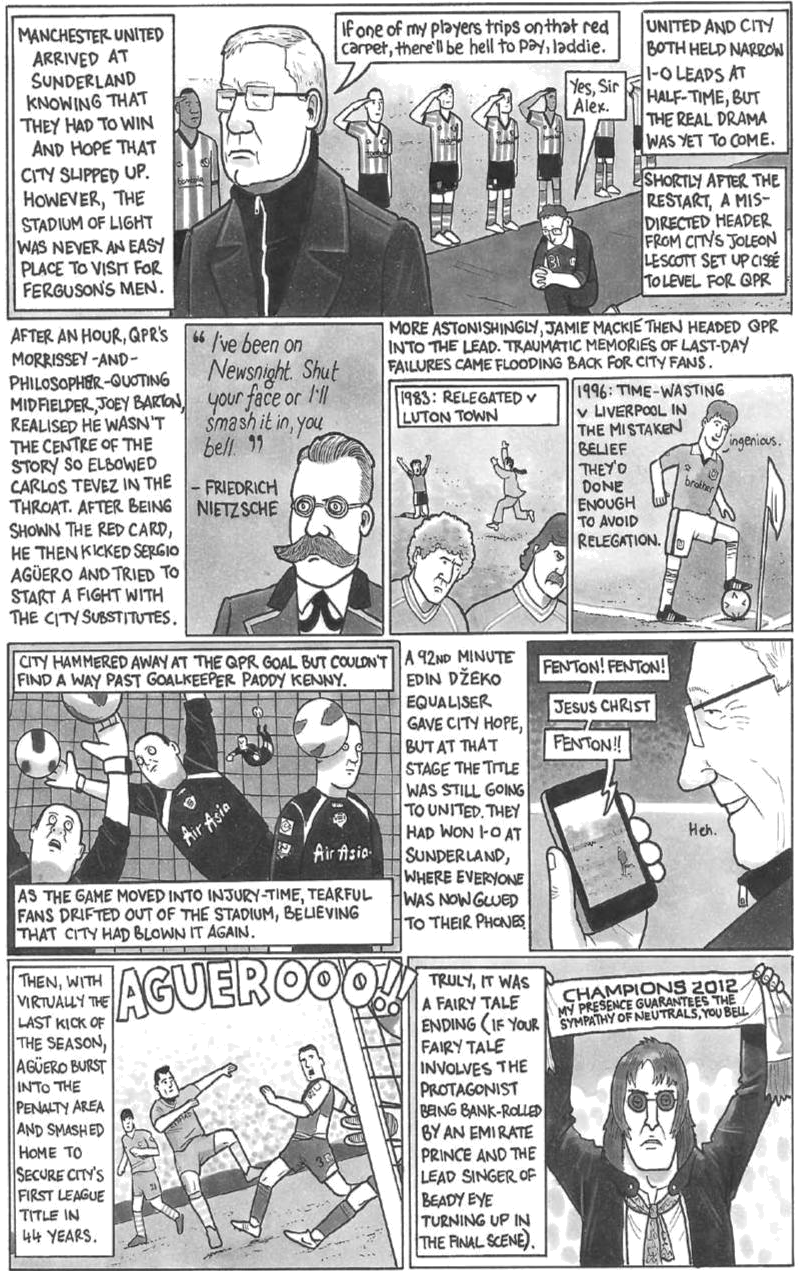 The Illustrated History of Football by David Squires is published 3rd November 2016, by Century, Hardback, £12.99.