On a September day in 1991, the residents of Nizhny Novgorod lined up at their local news stands. It was autumn, the final few weeks before winter, and a breeze rushed in off the surface of the Volga. People wrapped themselves in light coats to fetch the day’s paper, a well-established routine. When they got home, they turned on the television to catch the latest news bulletins. In the previous months and years, events had quickened. Narratives darted off in different directions, emphasising the pace of change. The symbols of Soviet power were receding.

When the locals read their papers or turned on their televisions, they saw something profound. After 32 years, their city was to be “opened”. Since 1959, Nizhny Novgorod had been “closed”. Foreigners were prevented from visiting, only allowed in on rare, carefully crafted official tours.

But in 1991, everything changed. A few months later, the Soviet Union was officially dissolved. Capitalism hurtled into Russian life. Over the course of the next 27 years, Nizhny Novgorod became a conventional city on the eastern fringe of Europe. 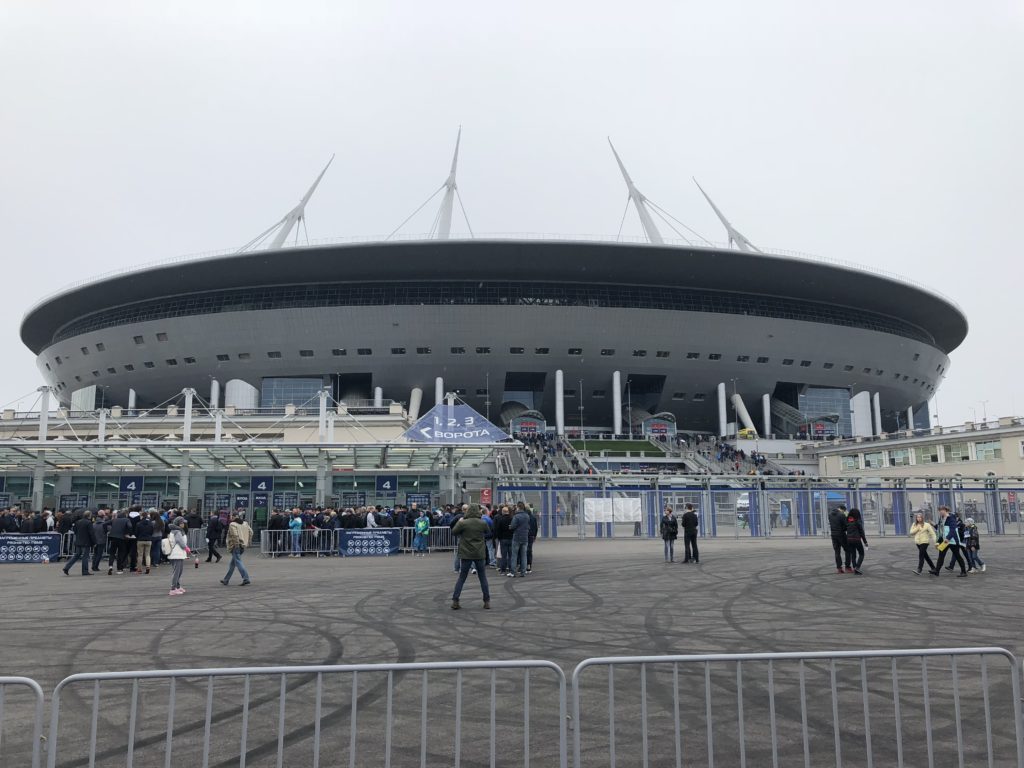 In June and July, thousands of foreigners will visit the city for the 2018 World Cup. The national teams of Argentina, Croatia and England will play in a newly-constructed, modern stadium. Lionel Messi, Luka Modric and Harry Kane will come to town. Bars, pubs and restaurants will brim with visitors from abroad. They will form bonds with local people, over beer, vodka and food. They will walk along embankments, down central avenues and through parks. The once closed city will be open to all.

In recent months, as the World Cup was pushed to the forefront of the news agenda, the story of Russia’s transition was lost or ignored. Narratives were built around hooliganism, violence, racism and geopolitics. On radio shows and in conversations with friends and family, I was repeatedly asked if fans would be safe, if the threat of violence was all consuming. Often, in news stories and bulletins, president Vladimir Putin was cast as Russia itself. “Russia” was constructed as a single, homogeneous entity, tied to the mind of Putin and his political partners.

The world’s largest country was hollowed out, made to fit around analyses of a group of old, rich men in the centre of Moscow. Most of Russia’s 144 million people were denied a voice. When they were called on, for television documentaries or newspaper features, they were usually football hooligans, politicians or security experts. People in Nizhny Novgorod, Samara, Saransk and elsewhere were given little thought. Their lives were ignored. Their struggles with work, money, and family dismissed. Their hopes, aspirations and happiness disregarded. Russia was Putin; Putin was Russia. 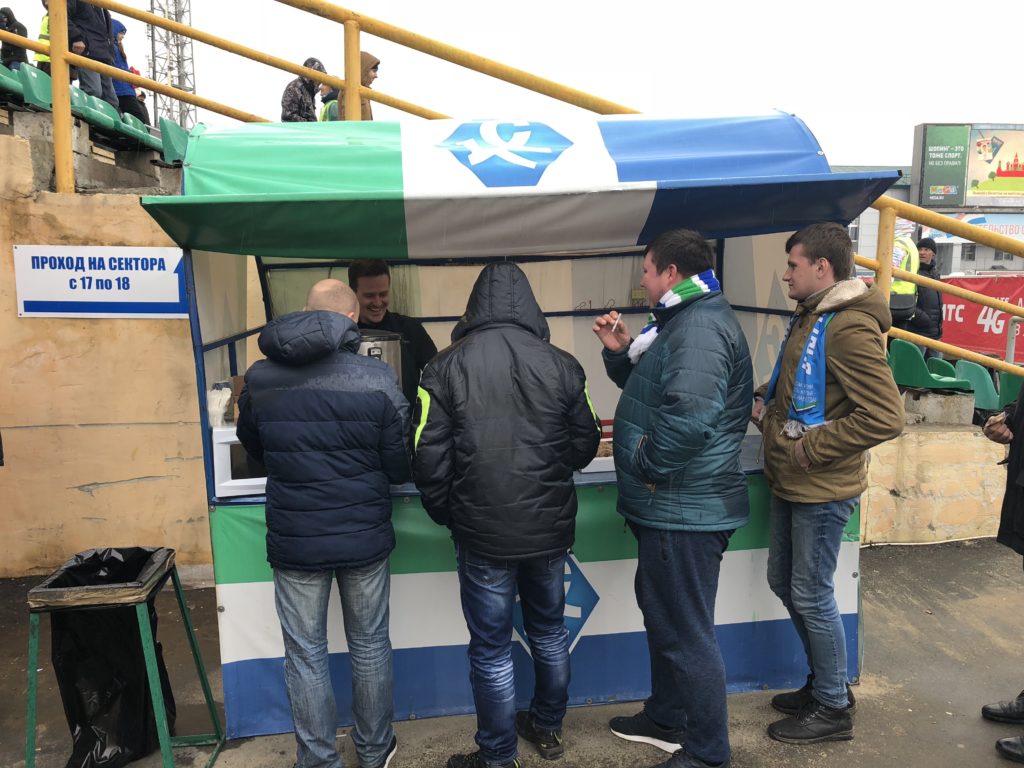 Russia’s World Cup organisers failed to offer an alternate master narrative. In 2006, Germany framed its tournament as the country’s final step towards post-socialist unification. Four years later, South Africa presented the World Cup as the first on the continent, a message internalised so readily that, on ITV, commentator Peter Drury described the host nation’s first goal as “a goal for all of Africa”. Instead, Russia’s World Cup was linked to its political class. Outside the country, observes speculated about the PR exercise, the propaganda value. They wondered how Putin would benefit. In Britain, The Spectator, a right-leaning magazine, referred to the tournament as “Putin’s World Cup”.

But it isn’t, really. It’s Russia’s World Cup. It’s for the people in the host cities. It’s for those with tickets, and those who will gather to watch games on big screens. It’s for those who thought this would never be possible, who never expected to see Cristiano Ronaldo in Sochi or Luis Suarez in Ekaterinburg. It’s for those expecting to make cherished memories with people they would never otherwise have met. It’s for the generation of people who grew up in the New Russia, after the dissolution of the Soviet Union, interconnected with the globalised world. It’s for everybody waiting to enjoy a festival of football.

In the opening months of 2018, I travelled to each of the eleven host cities. I found people readying themselves for a summer of fun, determined to show the best of where they live. Those aware of the Anglophone media are keen to alter perceptions of Russia. They believe when visitors arrive, they will be surprised. Russia, to them, is just another country in the East of Europe, part of a world dominated by globalised capitalism, by the same fast food outlets, high street stores and music.

In Kaliningrad, I spent an afternoon sat outside a bar at the foot of an old fort. The plan was to do some writing, but soon I was deep in conversation with Ivan, who was interested in a foreigner speaking Russian. As I eventually got up to leave, he told me to write nice things about his city. “We have beer, we have McDonalds, we have Nike and Adidas, we have football, we have your pop music,” he said. “Is Russia so different from England? The only difference is you have fish and chips.”

Back in Moscow, the clock on Manezhnaya Square continued to count down to the beginning of the World Cup. Excitement was building. As the official sticker books were released, posters were plastered on walls and merchandise filled every supermarket, the World Cup came closer into view. New stadia opened with a few test matches for the future tenants. In each host city, fan zones were constructed with stages and big screens. Even in faraway Siberia, regional authorities made plans to show matches in public spaces. The World Cup, after all, is a party.

Sadly, the state of the Russian national team is likely to see some energy to fizzle out of the tournament. They are not in good shape. Aleskandr Kokorin, their best attacker, is out injured, as is Georgiy Dzhikiya, who would have started at centre- back. Head coach Stanislav Cherchesov has turned to 38-year-old veteran Sergei Ignashevich, who will start in the middle of a back three.

There’s more hope in midfield with CSKA Moscow playmaker Aleksandr Golovin, an impish midfielder who darts around the centre of the field. He’s the most prestigious talent to emerge in Russia since Andrei Arshavin and has already been linked with several high-profile clubs, including Arsenal. But he can’t do it on his own. 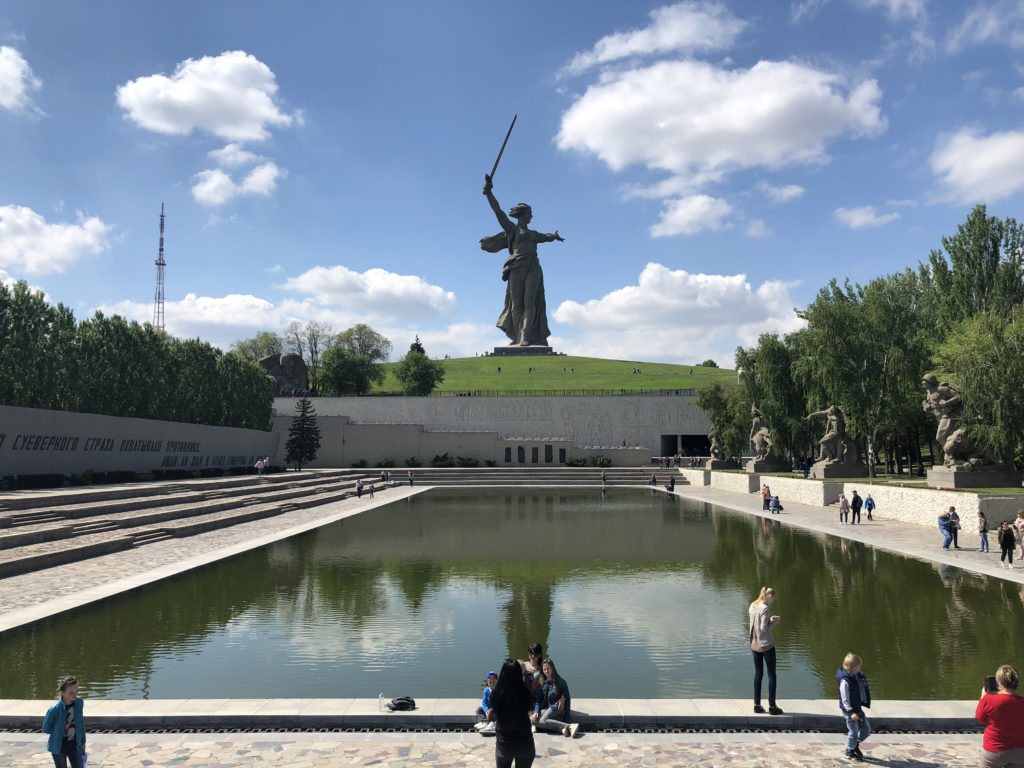 The opening match of the tournament, against Saudi Arabia, looks dangerous. If Russia fail to win, their chances of escaping from the group will be in peril. A laborious performance, even a trudging draw, would take some of the crackle out of the atmosphere. It would pile even more pressure on the match against Egypt, probably the last chance to pick up points in the group stage. Few expect Russia to be able to ward off Luis Suarez and Edinson Cavani in the final group game against Uruguay.

But Russian defeat won’t be enough to completely dampen local spirits. Friends in Moscow and St Petersburg told me that they aren’t focusing too much on Russia, anyway. They’re backing France, Germany or Spain. Russian fandom is different. Many back teams they expect win, rather than investing emotions in a losing side. It’s why attendances in the Russian Premier League can drop to low levels. Russian fans would rather sit at home or in bars watching the Premier League, La Liga or Serie A on TV. Most football fans in Russia’s big cities root for a team in one of Europe’s more prestigious leagues, as well as, or sometimes rather than, a Russian side.

If Russia flop, the party will continue. There will be plenty left to arouse local excitement. It’s the experience that counts for Russians, the whole package. It’s the visiting fans, the players, the games, the drinks, the long nights, the deep hangovers, the temporary friendships. Right across the country, it will be a summer to remember.

Beyond the Kremlin: How is their hosting of the World Cup perceived by ordinary Russians?
4.8 (96.25%) 16 votes