There is a fair amount of room behind the goal in Bootham Crescent’s David Longhurst stand. When York City were in League Two, this section would be filled with young men trying to bring some noise to this part of town, set among quiet terraced streets a few minutes’ walk away from the medieval tourist traps. York used to walk out of the tunnel to the sound of drums and the sight of red and blue flags being waved with pride.

As they face Curzon Ashton in the FA Cup, that particularly boisterous section of the home support is notable by its absence. Surveying his surroundings, one punter remarks: “If we get a thousand in, we’ll have done well”. The official figure of 1,307 – including 154 away fans from Greater Manchester – suggests they’ve pulled off a minor miracle. Reduced ticket prices and the prospect of victory against a semi-professional outfit from the league below have played a part in getting people in.

More than a few soon regret it. Curzon cancel out an early York penalty and the two teams go in at half time tied 1-1. An older gentleman in a club-branded woolly hat asks the steward to open the gate so he can go home. The magic of the cup is in short supply here. 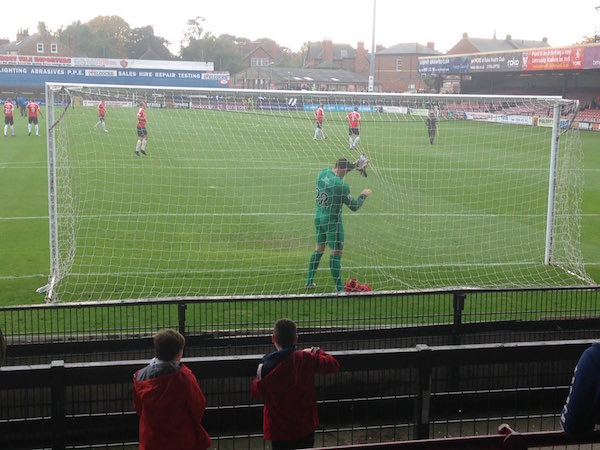 The atmosphere is gloomy, but not toxic. A few individuals vent their frustration. One irate supporter in the David Longhurst Stand approaches the front to volley abuse at York goalkeeper Kyle Letheren as he warms up before the second half. He is met with complete indifference from the subject of his ire, the nearby stewards and fellow supporters. As York are thoroughly outclassed on the pitch, only one or two fans seem truly angry; the rest are just exhausted by it all.

With around 20 minutes to go, one fan says goodbye to his mate. “You off already?” “Yeah, I’m just not enjoying it anymore.” Fair enough.

The game finishes 1-1 and The Minstermen are lucky to escape with a replay. As it turns out, this will be Jackie McNamara’s last game as manager – even though he’d already been sacked before this game. He is replaced by fans’ favourite Gary Mills, but York can’t seem to do anything in a normal fashion these days, now appointing McNamara chief executive.

From manager, to caretaker, to chief executive in the space of a week, McNamara’s LinkedIn page would make interesting reading. He’s left his successor with one hell of a task. Since relegation at the end of last season, York have assembled a brand new team. Only two of the matchday squad against Curzon featured in the trip to Accrington Stanley in April that confirmed their exit from the Football League.

It could have all been so different. As recently as 2014, Nigel Worthington guided York to an unlikely play-off spot. They were unlucky to be eliminated by a Fleetwood Town side who boasted an impressive array of talent for League Two. Lanre Oyebanjo is the sole survivor from Worthington’s squad, making his second debut against Curzon Ashton after an unsuccessful spell at Crawley Town.

York’s flirtation with the play-off was to prove a one-off. They couldn’t come anywhere close to repeating their seventh-place finish and Worthington was sacked in October of the following season. The next October, his replacement Russ Wilcox was also sacked. And after finishing bottom of the 92 under McNamara, York waited until October to relieve him of his managerial duties, perhaps ritualistically.

McNamara’s programme notes take a final swipe at the local press, who he accuses of having a detrimental impact on the side. “I feel of late there has been an agenda to try and upset things, mainly from incorrect stories published by the York Press,” he said. “It creates a false perception and makes things a lot harder to deal with behind the scenes.” 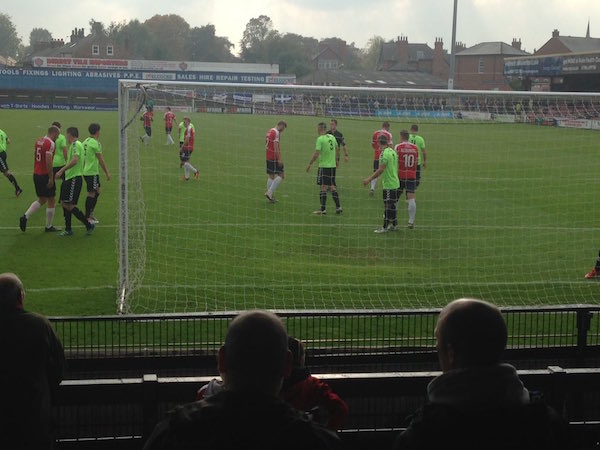 Last week, the local paper issued a clarification about the Scot getting on a train without buying a ticket before boarding. But if such a story can upset his players, it pays little tribute to his abilities as a leader of men. Wilcox and Worthington endured difficult periods but, for better or worse, the crowd were moved to voice their opinion. McNamara’s woeful outfit have created apathy on the terraces, something that can be a lot more damaging than anger.

His new role will see him “focus on all operational aspects of the club with specific attention paid to the development of a communication strategy”, according to an official club statement. If McNamara is effective in delivering a communication strategy to the York supporters as he has been in delivering one to his players, it seems likely that this role might not work out for him either.

Perhaps then the former Celtic defender can then get a job in the 1922 supporters’ bar. Or he may even fancy ringing the bells at York Minster, so apparent seems his attachment to the city.

With McNamara moving into the boardroom, Mills’ appointment hardly feels like the fresh start it ought to be. The back page of the York Press on the day of the Curzon game reads: “Mills: I’d love job”. Rarely are wishes granted so quickly in football.

The former Nottingham Forest and Leicester City defender has had a mixed managerial career, spending the bulk of it in non-league. Just three days prior to taking the hot seat at Bootham Crescent, he was relieved of his position at Wrexham after a run of four defeats in six matches. Mills is responsible for a double Wembley win in his previous spell at York, however,  guiding the club to victory in the FA Trophy and Conference play-off final.

He will have to work wonders in order to get anywhere near those achievements. This is a team that were routed 6-1 at Yorkshire rivals Guiseley earlier in October, an opponent who hadn’t won all season until that point.

It’s also a team that couldn’t rouse themselves to perform against semi-professional Curzon Ashton on Saturday, managing just one shot on target – from the penalty spot. Curzon should have wrapped up the tie to reach the first round proper for only the second time in their history. It took a stunning late save from Letheren from a close-range header to keep the Minstermen in the cup.

Aside from the throng of visiting supporters in one corner, there final whistle was met with a collective shrug. Mills’ first game will be the replay in Ashton-under-Lyne a day after his appointment, and he has plenty of work to do.

He should be given time to assert himself, but stopping the rot and achieving a respectable league position is the aim at the moment. Mills also needs to give the Bootham Crescent faithful reason to enjoy their football again. Given everything that’s happened recently, that will take some doing.