Global photography project Goal Click set out to document the journey to the Women’s World Cup of some of the world’s best players, all from their own perspective using disposable cameras and their own words. The images provide a unique, behind-the-scenes look into the lives and stories of players competing at the Women’s World Cup, both at their clubs and on international duty. 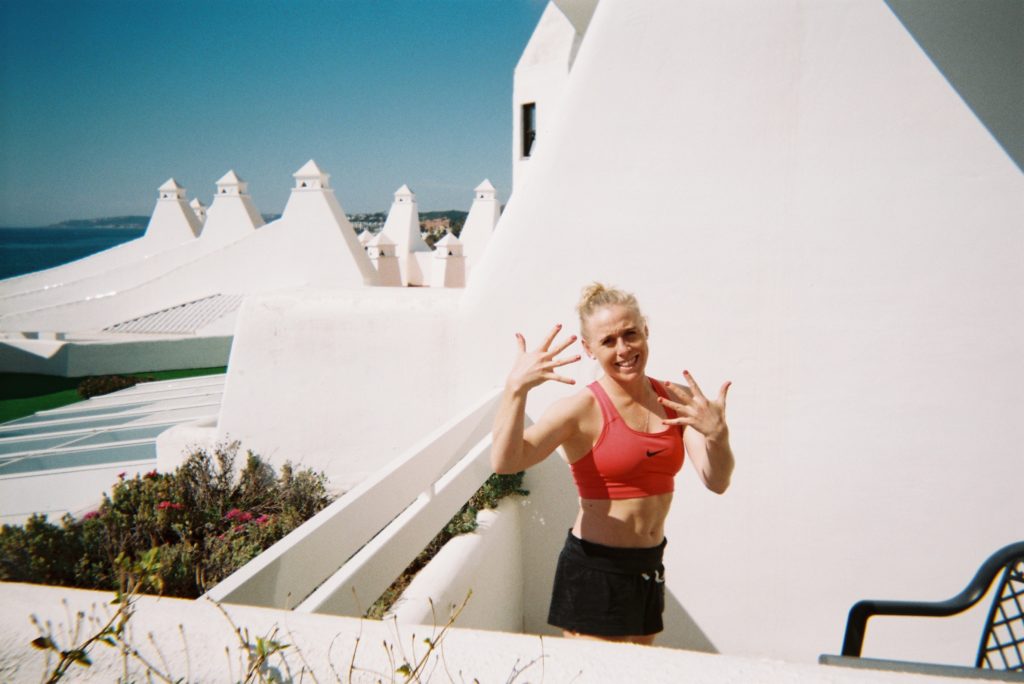 “Betsy Hassett was painting her nails on our trip to Spain when we played against Norway. We were a little bit isolated where we were staying. Obviously a lot of us had been playing in winter. Betsy plays in Iceland. Everyone was so happy to see the sun, especially her, and she was living in the room next door and she would always be outside. Listening to music or playing board games, card games or painting her nails. She looked so happy, the sun is shining and we were staying at this beautiful resort on the beach in Marbella.” 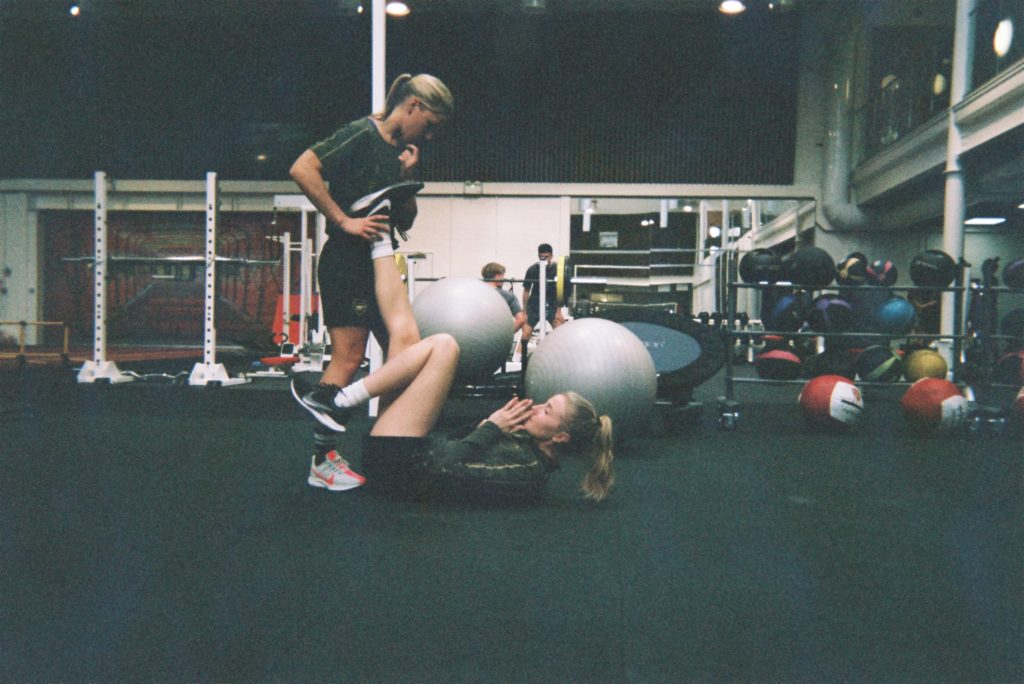 “Leah Williamson and Jordan Nobbs were limbering up before a hard training session with Arsenal Women. This is something we do every day before training so we are ready to attack the session. It represents our professionalism and I wanted to show people what is behind the players on the pitch and what we do that people don’t see. It was during Jordan’s rehab. Jordan is the ultimate pro. She wants the best for every single one of her team-mates. And she was so proud when she found out both me and Leah were going to a World Cup. It shows what an amazing human being she is. She is someone I look up to every day!” 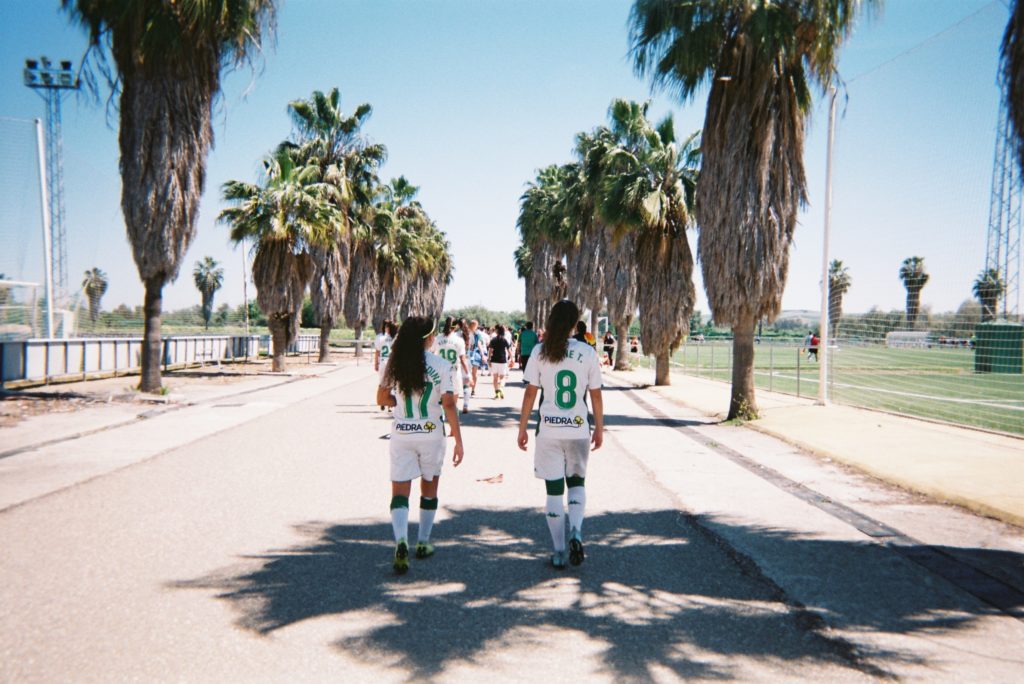 “Two players from the Córdoba CF senior squad, Cristina Medina and Irene Ragman, were walking out to our home pitch. It was an important match but I was suspended!” 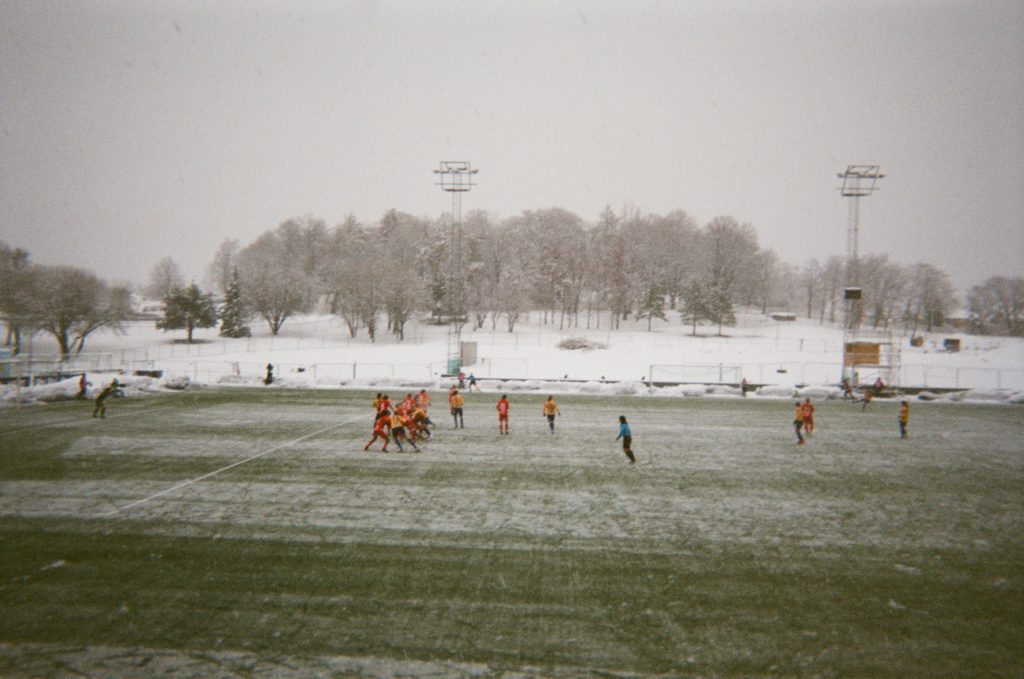 “My team Trondheims-ørn was playing against another top division Norwegian team. That week it had been snowing intensely and it sure didn’t stop for the game. I couldn’t play this game because my paperwork for the team was not complete. So I was sitting in the stands watching. Practicing and playing in the snow is really hard. Everything is cold and my toes always go numb, plus the ground is really slippery because the ice melts, then freezes on the ground. If you look in the background, you can see pile on piles of snow. My team was fighting hard and we came out with a 0-0 tie. These photos show one side of Norway. Some days it is very nice, especially during spring. But during the winter, the snow definitely comes in waves. It’s cool that football takes me to places like Norway. Sometimes I take a step back to really remember and appreciate that.” 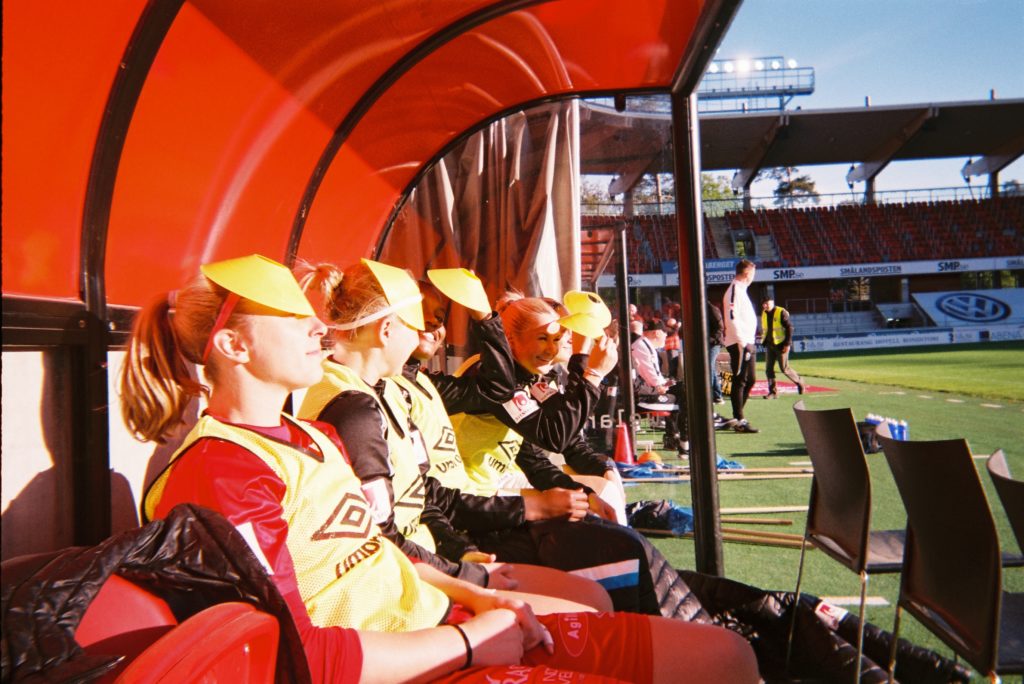 Description: The players of Kopparbergs/ Göteborg FC during a league match.

“At home we are always in the shade on the bench, where it can be very cold. We complain about that so for a moment we were happy we were sitting in the sun this time. The temperature was very nice, but as soon as the game started we realised we had a problem. We couldn’t see anything with the sun in our faces! Our arms were getting tired of holding up our hands to block the sun; we came up with this sun blocking solution!” 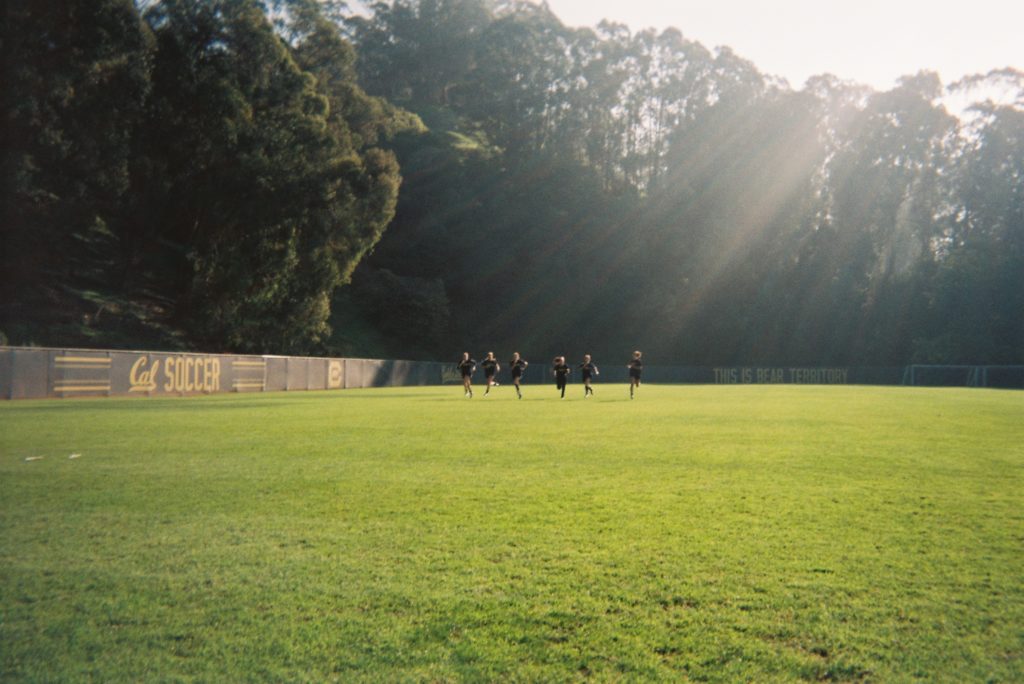 “The University of California, Berkeley was where I trained while preparing for the World Cup because I was still in school and didn’t have a professional team to train with. My teammates stayed after practice getting some extra runs in after our team workout. I was looking to capture the quote “Today, I will do what others won’t so that tomorrow I can do what others can’t.” It was to focus on the mentality of putting in extra work to become the player you want to be.  It shows my favourite practice field in the morning, which is my favourite time to practice on it. The view from that field is amazing and the trees in the background really show a Northern California vibe that I hold dear to my heart.” 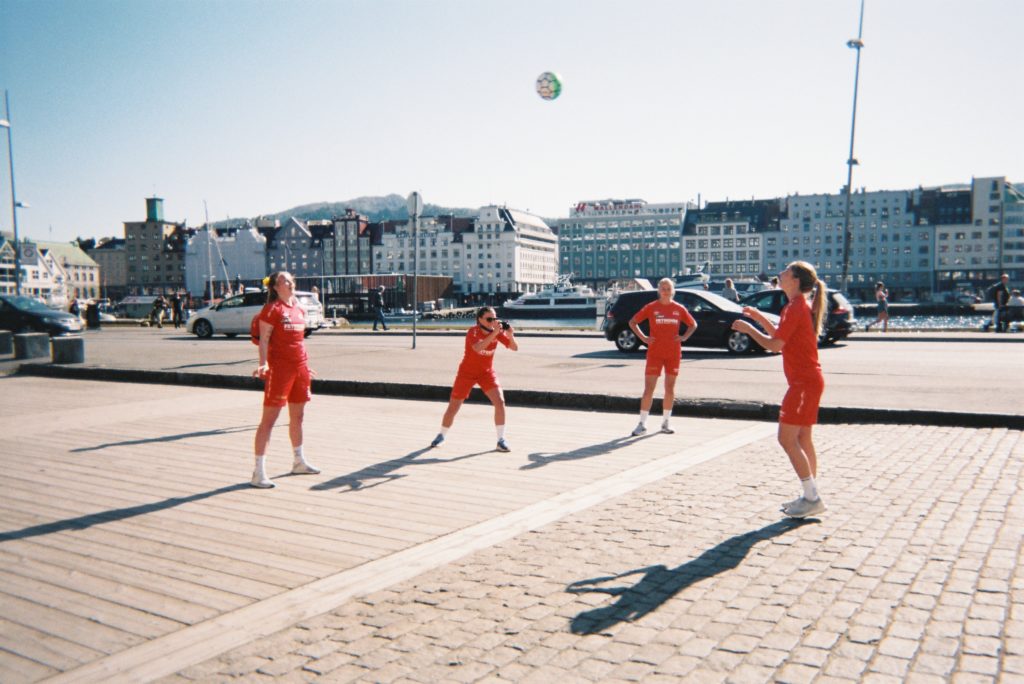 “You can see some of my teammates playing with a ball in the harbour of Bergen. The harbor of Bergen is the symbol of Bergen and is one of the biggest tourist attractions in Norway. It was taken when we were working on a promotional video for a match. We thought this symbolized Sandviken in a good way, where we expressed football in beautiful surroundings.” 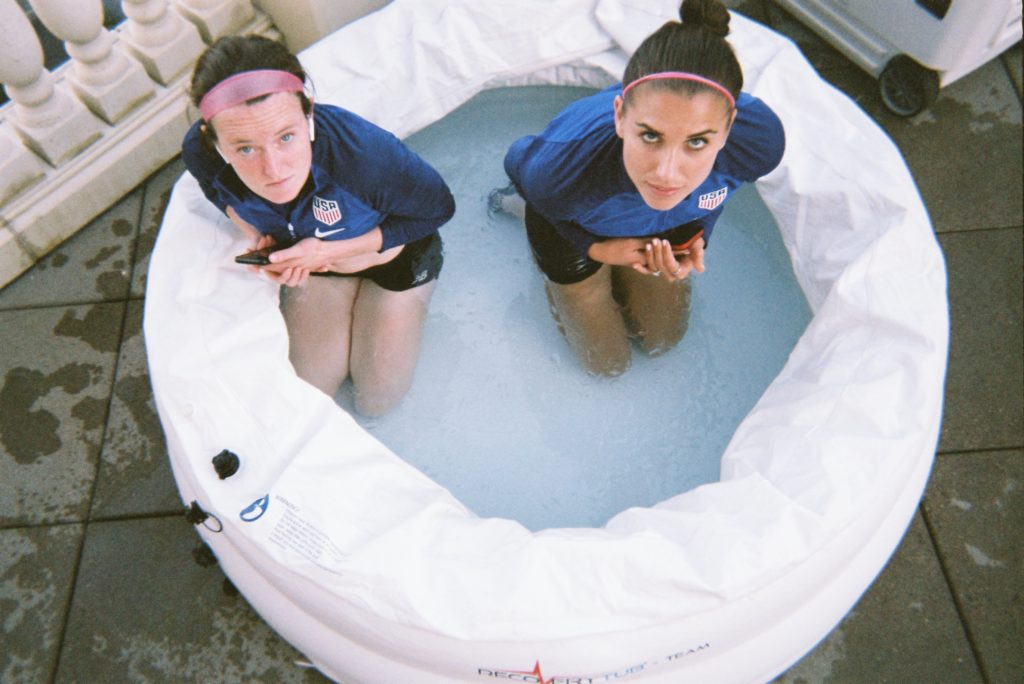 “Something that has been particularly cool about this journey to the World Cup is becoming friends with Alex (Morgan). Alex is like an ACTUAL celebrity. She’s truly an icon of our sport and yet is such a normal person. I have truly enjoyed getting to know her and it’s been so much fun to realize that we can make fun of her and joke around with her! I think that coming onto the team as a young newbie, you see all the veterans and these famous players and you act so meek and quiet at first with them. But after a while it’s like, “these people are my teammates and I’m just going to be myself and treat them normal”.

“Once you are able to break down that wall that you see as separating you from them, it really brings the team so much closer, because everyone is truly friends with each other and can just be themselves. So I feel like this picture captured this idea that Rose and I have developed a relationship with Alex that is more than just teammates. She’s become our friend and we share so many little moments with her, like taking ice baths and suffering through the cold. I have so much respect for the veterans on the team, like Alex, and even more respect for the way they have accepted the new players and crafted real relationships with us.” 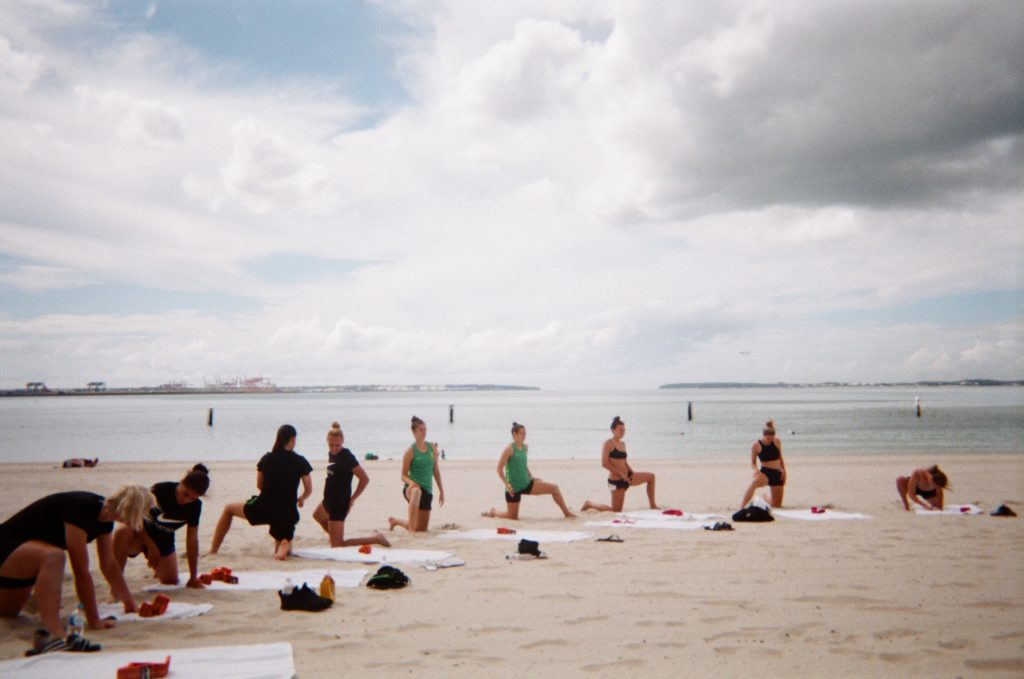 “My Matildas teammates were on a recovery day at the beach. I think the future of Australian Women’s football could be completely accelerated if this team does something huge in France this year. I think we’re on the edge of a massive breakthrough in Australia, so if we were to bring home a medal and say ‘here’s the proof’, I think funding, full-time leagues, representative teams… I think it would all take off in a big way.” 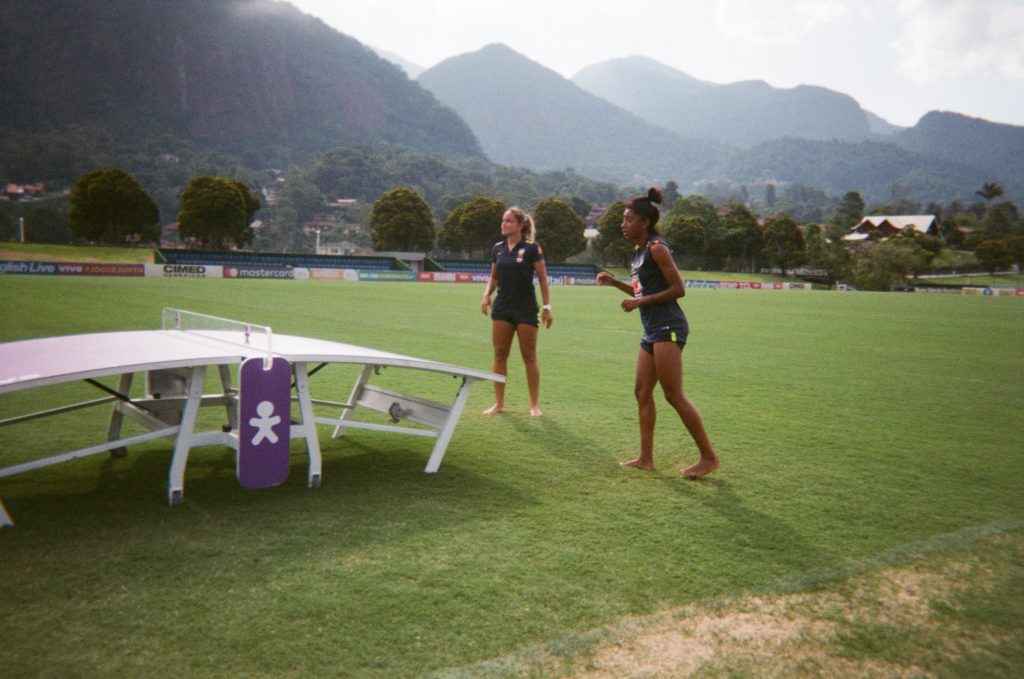 “With my Brazilian teammates Monica and Kerolin, we were playing Teqball at Granja Comary. The game is really fun and I was so happy and grateful, because I was playing and looking at all the beautiful views around us. It was wonderful and really special.”