After losing 3-0 to Paris Saint-Germain on Wednesday, the Bayern Munich team returned to their hotel for a banquet, as is tradition for the club after Champions League away games. Before dining, chairman Karl-Heinz Rummenigge stood up and spoke to the assembled guests. His speech lasted only 69 seconds and the message was clear: something had to change.

That something happened to be Carlo Ancelotti – the coach who was sitting just a few feet away.

“It was a very painful defeat,” said Rummenigge. “A defeat that needs to be talked about, that needs to be analysed and one that we need to draw clear conclusions from because what we saw tonight was not Bayern Munich.”

At the end of the speech Ancelotti took a sip of his wine and clapped four times. He probably knew then that his time at the German champions was up.

On results alone, his sacking looks unfair. It was only in May that Ancelotti led Bayern to an unprecedented fifth straight Bundesliga title in his first season at the club. The start of the current campaign has not been ideal, but 13 points from the first six games is still a return most clubs would be satisfied with.

Ancelotti’s problem is that Bayern Munich pride themselves on being different to most clubs. That 13 points from six games represents their worst start to a Bundesliga season in seven years. There have been bigger problems brewing than the points tally in the Bundesliga, though.

“Ancelotti had five players against him,” said club president Uli Hoeness after his sacking. “That wasn’t sustainable. I’ve learned a saying in my life – the enemy in your bed is the most dangerous. Therefore we had to act.”

It is worth mentioning that Hoeness didn’t reveal the identities of the players himself, but it does line up with a few things. For instance, having been 2-0 up at home to Wolfsburg on Friday night, Bayern went on to draw 2-2 – the first time in nine years they have failed to win a Bundesliga home game having held a 2-0 lead. Hummels pondered publicly after the game whether the team had been given the right tactics.

Next is Müller. After he was left on the bench against Werder Bremen in August, the forward noted: “I don’t know exactly which qualities the coach wants to see, but mine seem not to be 100 percent required.”

When Ribéry was substituted against Anderlecht earlier this month in the Champions League, he tore off his shirt and threw it against the bench.

Then you have Boateng, who didn’t even make the squad to face PSG despite being told he would be on the bench, according to Sport1.

Robben was asked whether the team was behind the coach after the defeat in Paris. “I don’t want to answer this question,” he said. “What’s important is that we stick together. Anyone who is unhappy and openly expresses that, shames the team. We have to stick together.” 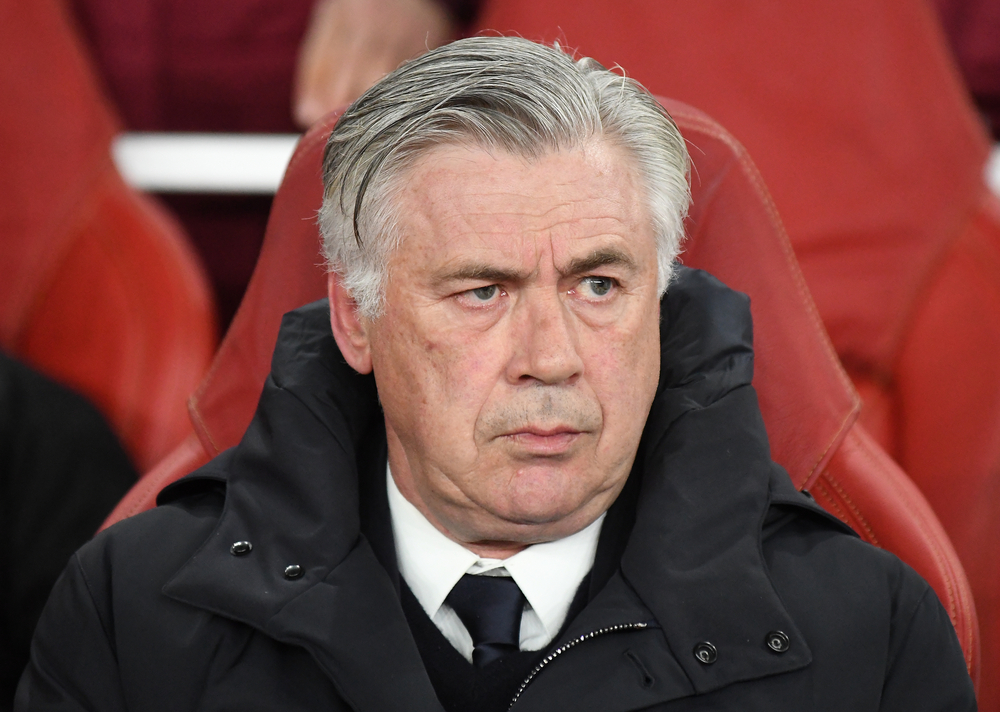 Happiness evidently was not abounding and Ancelotti’s lack of communication also contributed to his downfall, as Die Welt’s Julien Wolff explained.

“Ancelotti made mistakes and did not justify his reputation as a man who can perfectly lead a group of stars,” wrote Wolff. “At critical moments with important players like Ribery, Robben and Hummels, he spoke little or not at all.”

The communication issues might have been surmountable had the displays on the pitch not been so dire. “Our team’s performances since the start of the season have not met our expectations,” said Rummenigge in the club’s statement to announce Ancelotti’s departure on Thursday.

In truth, he could have been talking about long spells of last season, but in the current campaign performances have started to correlate with results.

From a defensive perspective, each opponent in the Bundesliga has been afforded the sort of chances they wouldn’t have dreamed of getting against Pep Guardiola’s or Jupp Heynckes’ Bayern. It wasn’t surprising, then, when PSG scythed through them with such ease on Wednesday evening, with “holes in the defence the size of Louis van Gaal’s ego” as Christof Kneer of Bavarian broadsheet Süddeutsche Zeitung put it.

Some things were out of Ancelotti’s control – Manuel Neuer being ruled out until New Year with a foot injury was always going to leave Bayern weaker at the back. Other concerns, such as the lack of progress shown by young talents Kingsley Coman and Renato Sanches, or indeed pretty much the entire squad, could be laid at his door.

“In Karl-Heinz Rummenigge and Uli Hoeness are two alpha-males who have long not spoken with the same voice,” he continued.

You could have deduced that from Monday’s edition of kicker magazine as journalist Felix Tamsut noted. In a headline interview, Hoeness said: “Buying a player for 100 million euros is not acceptable.”

If you flicked forward 40 pages, you would have found Rummenigge saying: “No player for 100 million? Only the ten commandments are set in stone.”

The Bayern hierarchy will need to come to an agreement at least on who Ancelotti’s successor will be. On Sunday, assistant coach Willy Sagnol will take charge against Hertha Berlin. Former Borussia Dortmund boss Thomas Tuchel has been linked, but the likeliest option in the long term looks to be Hoffenheim coach Julian Nagelsmann.

Whoever replaces Ancelotti, they should seek to learn the lessons of the Italian’s undoing.