Dad’s fine now. A few years ago he wasn’t, though.

He went swimming, as he would most mornings, felt chest pains and sensibly got out of the pool after one length. Not quite so sensibly, he then went to work. Shortly thereafter, it of course became clear that he’d had a heart attack, so he went to the hospital.

People get into football in very different ways. But your parents are often a big part of it, from the simple and often calamitous act of bequeathing you a team to support, to the more practical aspect of buying tickets for those first few games that seal the lifelong pact. From there you can build your own community, with school friends, mates from the pub, people you’ve met on the internet.

But for me, my parents were the through line. Mum had been going since she was little, but after meeting dad they first got season tickets at Nottingham Forest in 1976, just before it all started to get really good. They’ve been going ever since. In 1979 they had a choice between buying carpets for their new house and going to Munich for the European Cup final. They made the right call. In 1984, when I was about nine months old, dad got a telling off from his dad for ‘abandoning’ his responsibilities as a new father, so he could travel to Belgium to see Forest cheated out of a UEFA Cup semi-final by Anderlecht. It was worth it, if only for the 33-year grudge he still holds.

In our family football isn’t the most important thing to us all. Not even close. But it’s a constant, something around which we gather and can come back to. Going to Forest every other Saturday, and a few away trips in-between, wasn’t quite so much normal, as just what we did, stitched into the fabric of our lives. It would have seemed strange to do anything else.

It’s always there: whenever anyone says your team lets you down by losing, it’s important to remember that’s not true, because unless some sort of financial or institutional calamity befalls them, they are always there if you want. Even if they’re terrible, they provide some small comfort, something to talk about, immerse yourself in and pretend that football is a matter of life and death.

When my sister was diagnosed with Hodgkin’s lymphoma a few months before (it was quite a year – but like dad, she’s fine now), we all gathered at the family home and watched England lose to Uruguay at the World Cup. The result didn’t really matter, but the act of watching allowed us to take our minds off life for 90 minutes. Afterwards I sat on a bench outside with dad and, for the first time that I can really remember, saw him absolutely terrified. 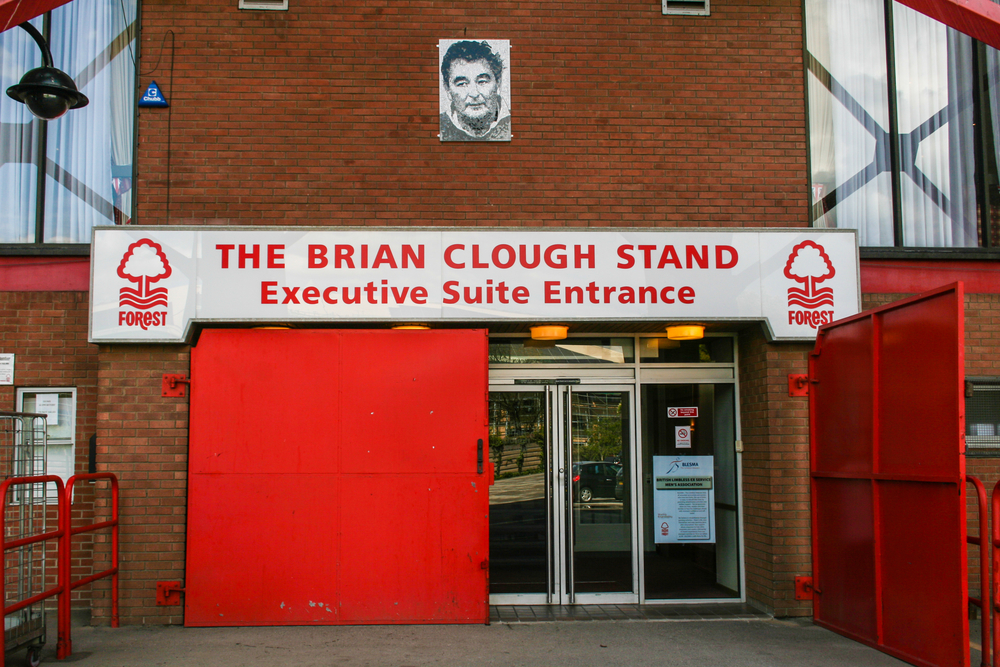 A few weeks after he came out of hospital, Forest played Derby at the City Ground. On the grounds of medical advice combined with basic common sense, dad didn’t go. Neither did I, and we watched the game in my parents’ front room, me keeping one eye on the TV and the other on him, trying to make sure he didn’t get too stressed or excited.

This was the season that Stuart Pearce was Forest manager. It didn’t really matter that he was completely unsuited to the job, or that he was appointed by an owner who desperately groped at populist decisions like a contestant at the end of The Crystal Maze, not realising that he was grabbing twice as many silver tokens as gold. Clubs like Forest don’t have players like Pearce anymore, because as soon as they become notable then someone with more money buys them. But he was ours in a way that a player will probably never be again, so when he became Forest manager, logic didn’t really matter.

It started pretty well. But by the turn of the year things were heading south fairly rapidly, the qualities that had previously marked Pearce as not especially suitable for management – erratic selections, odd tactical choices, very little of the authority he had as a player – became clear. Rumour had it the sack was imminent, particularly if Forest lost to Derby in the return game at Pride Park in January. Which, for obvious reasons, would have been hard to take.

Dad was OK to go this time. Going to away games at Derby had become a pretty unpleasant experience: for a few years the atmosphere declined from the usual spicy-but-reasonable antagonism to poisonous. It didn’t help that Derby had been better than Forest for a while, and the previous season had handed out a 5-0 tanning. But it sort of felt like we had to go this time. I don’t remember having a direct conversation about it, but given, well, everything, it would have seemed wrong not to be there.

The first half went as feared. Derby dominated a Forest team who looked every bit as bad – and worse – as they had in the season thus far. Derby went ahead through a Henri Lansbury own-goal, and at half-time Forest’s chances seemed to rely on a Hail Mary teamtalk from a manager who was packing up the contents of his desk. Whether he delivered this rousing, inspirational address is unclear, but things certainly improved after the break.

Britt Assombalonga equalised, bundling a burgeoning goalmouth scramble into the net from not far out. Then the rest of the half built like a symphony, belief that everything was heading towards a good ending growing all the time, everything swelling to some sort of crescendo. I became acutely aware that dad, standing next to me, had still relatively recently suffered a life-threatening, stress-exacerbated illness. On the other side a man in the most advanced stages of refreshment kept screaming ‘FEED THEM TO THE GOATS’, for reasons that weren’t immediately apparent.

As the game advanced into injury time, a long ball was hoofed up the pitch by Derby goalkeeper Lee Grant. Kelvin Wilson got there first and headed it back up the pitch, from where Robert Tesche half-controlled the ball, then managed to hook it left to Ben Osborn. Osborn is a quietly excellent midfielder who on this occasion was playing on the wing, a Derby boy but one who had come through the Forest youth ranks and into the first team. He sprinted forwards, the Derby defence retreating as if the boulder from Indiana Jones was bearing down on them. With much more sensible options available to his right, Osborn instead pulled back his left foot and let fly. Goal. 2-1. Limbs all over the shop.

You often don’t remember what happens in moments like that. A mania takes over which blocks out all memory. You often lose control of your actions, rational thought blown out of the water. But not this time. I grabbed dad and held on, screaming insensibly, but also very aware of what this meant. This was a last-minute winner scored by a homegrown player against our fiercest rivals, giving a club hero a moment of reprieve and glory, all while I was next to my old man, who could have died a few months earlier.

Afterwards we found a quiet spot to have a drink. We didn’t say an awful lot. The grins on our faces and the collective euphoric glow were enough. I’ve been going to watch Forest since 1988. Only a handful of the hundreds of games I’ve travelled to as a fan have been without dad. It’s never the same when he’s not there.

As we sat contentedly sipping away, we should probably have quietly agreed never to go to another game ever again. It’s hard to imagine what else could beat that. Tricky to consider a more perfect moment. Impossible to think what else could mean more to either of us.

As if to prove he’s fine now dad, along with my sister, is doing RideLondon to raise money for Bloodwise, who do leukaemia and lymphoma research. If you fancy donating, you can do here.