‘Is Rooney the new Pele?’

If that question now seems tabloid in nature, designed to place a young player on an unhelpfully high pedestal, it wasn’t always so. It was asked as the headline to a Guardian feature the day before England faced Portugal in the quarter-final of Euro 2004, and was in reference to a quote from England manager Sven-Goran Eriksson.

“I don’t remember anyone making such an impact since Pele in the 1958 World Cup,” said Eriksson. “Rooney is absolutely fantastic, not only at scoring goals but the way he plays football – he’s a complete footballer.”

The following day, Rooney suffered a broken metatarsal 27 minutes into the quarter-final. His replacement from the bench, Darius Vassell, would miss England’s seventh penalty in the shootout, allowing Portugal goalkeeper Ricardo to take off his gloves as a statement of extreme confidence, score past David James and extend Baddiel and Skinner’s lyrics to at least 40 years of hurt.

But Rooney wasn’t just immune to the heartache of England’s exit, he was the antidote to it. By August, he had rejected a contract offer of £50,000 a week from Everton in order to sign for Manchester United. Alex Ferguson, who had first been made aware of Rooney at the age of 14, didn’t care about broken bones or that his new signing was still three weeks from beginning his rehabilitation. Ferguson knew he needed Rooney, and Rooney knew that he wanted Ferguson.

Thinking back now to Rooney’s debut, it seems incredible that this was his first start – his first minutes on the pitch – after a three-month layoff. He was actually passed fit to play a part of the Premier League game away at Tottenham, but Ferguson wanted Rooney’s first game to be at Old Trafford and in the Champions League.

On September 28, 2004 I was a fresher at Manchester University, having been entirely responsible for myself for a whole week. My first full day in Manchester had been my 19th birthday, and my best friend – a United fan – suggested that we go to the first Champions League group stage game together.

On a personal level, the match was significant because it was the first game I’d ever seen live that didn’t involve Nottingham Forest or England, and thus it would be without my extreme partisanship. Watching a game as a neutral, even amongst a group of ardent supporters, is an entirely different experience to watching with an emotional investment in the result. Without the tension and nerves, you can look forward to a match but also observe it far more easily.

Watching when wanting one team to win, you tend to focus only on the ball, with the 22 players merely a conduit to its movement. When it’s at one end you are willing it towards the goal, and when it’s at the other you are wishing it away. When you are less partisan, you’re more likely to focus on the players than the ball. Or, as on that evening, one particular player.

A debut is a difficult occasion for anyone, but especially a young player who has arrived for a large fee. This is not a job interview where first impressions are key, for you have seasons laid out in front of you to shape your reputation. But the temptation must be to ease yourself into an unfamiliar environment and stay in the wings for fear of fluffing your lines in the first scene.

At 18, and the most expensive teenager in the game’s history, Rooney must have felt the glare of the spotlight in front of 70,000 expectant supporters crammed into Old Trafford. Ferguson’s assessment that he had signed “the best young player this country has seen in 30 years” did little to reduce the pressure upon him.

During the build-up to the game, the buzz around one of the world’s biggest clubs focused solely on a teenager who had never played a minute of European football. Rooney was a boy wonder, but he was still a boy.

What followed hardly bears repeating, but we can relive those special moments anyway. Rooney’s first goal came on 17 minutes, clipping the ball into the roof of Fenerbahce’s net with his left foot, having been sent through by Ruud van Nistelrooy. His second involved a wonderful dummied sidestep and low, drilled finish.

The hat-trick was complete on 54 minutes, Rooney asking Ryan Giggs if he could take a free-kick and sending it into a corner of the net that Rüştü Reçber could never hope to reach. Fenerbahce’s miserable defensive wall provided the assist, but also allowed those behind the goal – me included – one of the most magical moments a football supporter can experience, when the ball is travelling towards goal and cannot be stopped but hasn’t yet reached its destination.

In 1956, Bobby Charlton scored two goals on his Manchester United debut as an 18-year-old. Forty-eight years later, Wayne Rooney had gone one better at the same age. 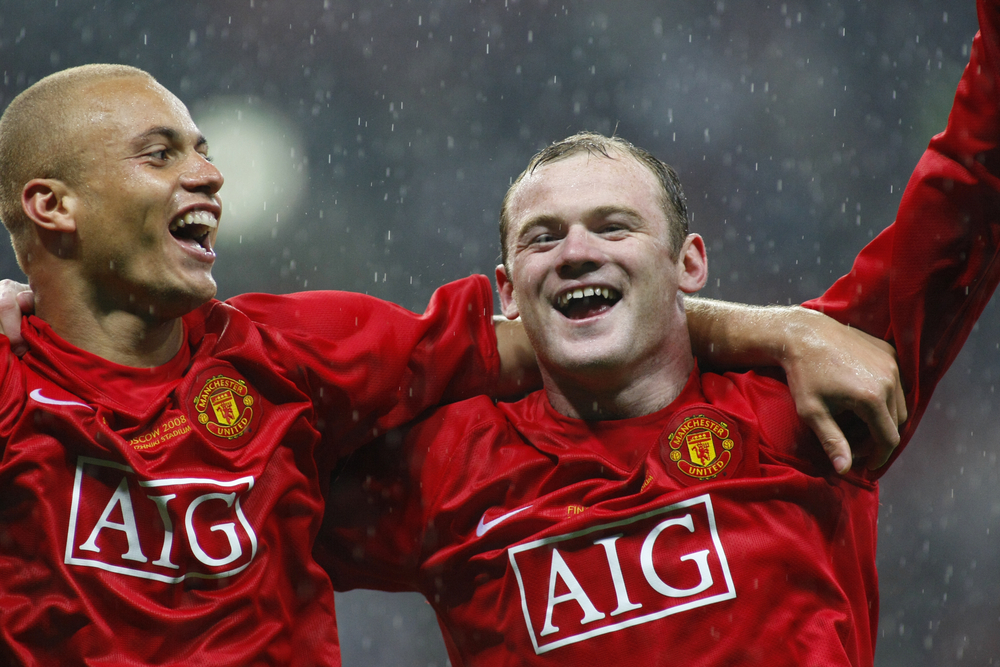 Two things stuck with me from Rooney’s mesmeric debut. The first is just how obvious it was that he was playing on instinct, epitomised by a quote from Rooney years later when looking back at the game: “Afterwards, we went back with my wife and two friends and I just sat down and couldn’t believe what had just happened. That was when it really hit me that I’d just scored a hat-trick on my debut.”

Rooney’s tendency to do what came naturally defined his early career, but this was the Newcastle volley played out over 90 minutes, body and mind perfectly in sync.

The second is just how young Rooney was: the youngest British scorer in Champions League history. “It was difficult to get to sleep the night before and I kept waking up every hour,” he said later. “I was constantly looking at the clock hoping that it was morning so the game would be a bit closer.” Those are the words of a child before their first school football match.

Rooney’s age was particularly significant to me given that we were born only 35 days apart, for there is nothing quite like someone younger than you doing something wondrous to put your own age in focus. At the age of 19, I was nervous about attending lectures and making friends away from home for the first time. At the age of 18, Rooney was wowing 70,000 people in Old Trafford and millions across the world.

Rooney’s intuition and youth both take on a sad connotation in hindsight as we are increasingly forced to remember him for what he was rather than what he is. Yet we must also concede that he could never hope to match up to those extraordinary beginnings. Four goals in his first three major tournament games for England; three goals in his first 54 minutes for Manchester United. This was Rooney of the Rovers, but football is played on grass rather than a comic strip.

“Maybe he will become the player of the century,” Fenerbahce coach Christoph Daum said in his post-match interview.

Such predictions were always likely to make Rooney a hostage to fortune, but neither did they feel inappropriate. On that evening, the Manchester sky was truly too low a limit to place on his ambition.

Jack Lang on Lyon vs Barcelona.

Richard Jolly on Hull City vs Bristol City in the 2008 Championship play-off final.

Alex Hess on Liverpool vs Chelsea in 2014.