I wasn’t even meant to go to Lyon.

The instructions on the form had been clear and I had selected three other cities: Montpellier, for the sea air; Avignon, because I had been unreliably informed that it was a good place to be a student; Paris, because it was Paris. Yet when the list was posted in the hallway of the French department, my name was not written under any of those places.

It wasn’t there at all, in fact. After a few curt emails – a curt email is your best option for getting things done when you’re 20 but look 14 – it became clear that they had mixed me up with my friend Greg (also blonde, also a student in the department, but crucially Russian, and therefore not actually eligible for the Erasmus exchange scheme). He was going to Lyon. Which meant that I was going to Lyon.

Ten years on, I regard this as a moment of glorious serendipity. The circumstances surrounding an Erasmus year – foreign country, low rent, free money, lessons you don’t really have to go to, loads of other people from around the world in the same boat, the compelling notion that drinking the local alcohol is a noble, horizon-broadening activity – mean that you’d have to be trying hard not to enjoy yourself, but Lyon would have taken some beating as a backdrop for temporary drop-outtery.

It was stunning, for a start: two rivers – one a royal silver, the other brown and brackish – knitting together between two hills; open staircases cascading through Roman ruins and the remains of a faded silk industry; the moon-glow Fourvière basilica gazing out towards Mont Blanc. The food, even for France and even within the limitations of my debtor’s budget, was spectacular. The people were even better.

Then, of course, there was the football.

In 2007, Olympique Lyonnais were a force. Bankrolled by enigmatic president Jean-Michel Aulas, they had won six French titles on the spin and had reached the Champions League quarter-finals in the previous two seasons. The squad, already an appealing melting pot of talent (Juninho Pernambucano, Sidney Govou, Milan Baroš, Kim Källström, Fred) had been bolstered by the additions of Kader Keïta, Fabio Grosso and Mathieu Bodmer. It was an exciting time.

In truth, those details were hazy to me back then. I had seen a couple of Juninho free-kicks on highlights shows and knew that Lyon had beaten Real Madrid – enough to conjure a rough mental image of the city as a sporting success story during that week of clerical firefighting with the exchange organisers. Yet when I left London for France, I had never been less obsessed with football, competing adolescent interests having quietly ushered it to the periphery of my attentions. 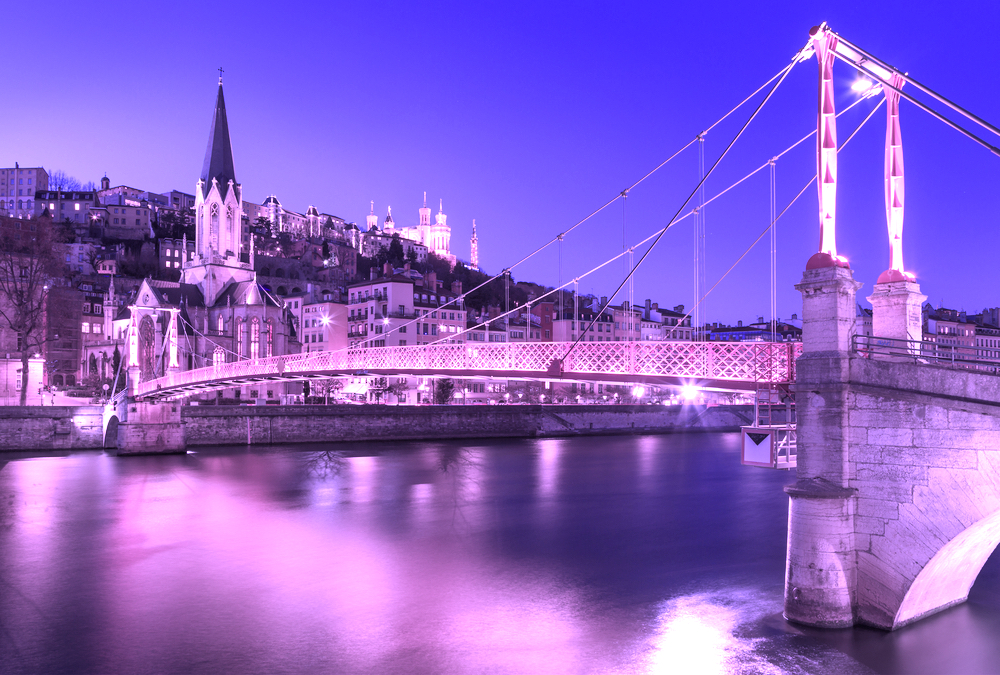 That seems like an odd thing to be writing given my so-called career today, and at no point was there any dramatic, rain-soaked renunciation (I still watched Match of the Day, for heaven’s sake), but some of the passion had faded.

This was also evident in how little I had played the game during my first two years at university: after a youth during which a stranger would have been forgiven for wondering whether that ball had been surgically grafted to my foot, I had basically gone cold turkey. The booze-soaked, testosterone wankery of Sunday league teams had never held much appeal, but I wasn’t even playing five-a-side.

There were matches on dusty pitches by the Saône, weird three-on-three duels in cages halfway down the funicular line, even a dumb heading game a few of us made up at a barbecue and were terrible at.

Mainly, though, there was the court at Place de Trion, a sandpaper-surfaced proving ground populated by insouciantly talented local teens (we called them the Mecs, delighting in what we believed was our mastery of French slang), where we spent countless hours weaving passes, shooting wildly and compiling grazes. It may only have been a patch of scorched concrete wedged between a main road and a housing estate, but to us it was heaven.

The habit of watching and absorbing football staged a concurrent return – and not just in the dingy pubs that showed five Premier League matches a weekend. A bunch of us bought three-match passes for Lyon’s home fixtures in the Champions League group stage, judging (surely correctly) that €110 was a steal. The mystique of visiting a foreign stadium was initially the main motivation, but the team slowly dug its claws into me, even as they were turned over 3-0 by Rangers in act one of the triple bill.

It was not an especially balanced side. The defence was a who’s who (no seriously, who’s who?) of stock French cloggers – Anthony Réveillère, Sébastien Squillaci, François Clerc – and an injury to Grégory Coupet meant that the goal was guarded by Rémy Vercoutre, a man who would have struggled to catch la grippe. But in attack, l’OL were golden, a blizzard of Juninho wonder strikes and sparky contributions from young upstarts Karim Benzema and Hatem Ben Arfa. Both contributed as Stuttgart were beaten home and away.

Despite their success over the preceding seasons, there was an approachability about the side. Govou was a regular in the nightclubs tucked in behind Place des Terreaux. Fans who ventured down to the 7th arrondissement could watch the players train; I remember a couple of Vasco da Gama-supporting friends high-fiving with delight after their Portuguese salutations yielded a bashful wave from Juninho.

It helped that the Stade de Gerland, a breezy, floaty thing of a football ground, was located so close to the centre of Lyon, just a stroll away down Avenue Jean-Jaurès. This was the football club of the city, in the city. I have not yet visited the new Stade des Lumières, but its position on the map does not bode well for its prospects of displacing the old place in my affections.

The third Champions League game was the real gala night. Barcelona were the visitors and the favourites too, having dispatched Les Gones with little fuss at the Camp Nou. Frank Rijkaard opted to rest Ronaldinho but any hope that Barça’s threat would be blunted by his absence was dispelled after just four minutes, when Lionel Messi and Bojan Krkić combined to tee up Andrés Iniesta for the opener.

The stadium seemed to deflate, but there was fight in the home side. Juninho, as ever, led the way, punting a deeply ambitious, ambiguous effort from, oh, seven or eight miles out, and jumping for joy when it snuck past Víctor Valdés. (This would not be Valdés’ last dance with the Brazilian: an effort from a more acute angle in the following season’s competition would leave him sprawling on the floor like a failed breakdancer.)

I specifically remember thinking: I have seen Juninho score a free-kick. This is something I have seen now.

Half-time came and went with Lyon still in the match and, somehow, still in the competition. But then a Squillaci vs Messi tussle went exactly the way you’d imagine and the latter – at this stage the gawky, floppy-haired prototype of the player we now know – dismissively knocked home the resulting penalty, leaving the hosts on the brink of elimination once more.

I cannot remember the end of the game very well. I know that Éric Abidal, surely a sleeper agent for his hometown club, fouled someone, and that Juninho scored from the spot. I know that Ronaldinho came on and didn’t do much. I know that there weren’t any more goals and that Lyon did eventually clamber into the knockout stages courtesy of a win in Glasgow. I know now, with hindsight, that this wasn’t the moment that catapulted the Lyon project into the stratosphere but a staging post on the downslope.

But those final moments passed in a blur, the equaliser and the beer and the drama and the freedom and noise and the football, the sweet, briefly-forgotten sugar rush of football, catalysing what I now know was an awakening. Not just on that night, but in that year, in that city, life’s possibilities seemed to unfurl before me.

And there in the Virage Sud, crowded in with thousands of sweaty strangers, just like on those everlasting afternoons at Trion, I was also a football fan again.