On 13th April 2014, there was no doubt whatsoever that Liverpool would finally win the Premier League.

That was the day they beat Manchester City, and watching the game from the upper echelons of the Kop was about a perfect an advert for football fandom as you could imagine.

Liverpool, who had been a model of mediocrity for four years, went into the game on the back of a giddy post-Christmas winning streak that saw them screech into the home straight in first place. If a mythical first league title in two decades felt enticingly possible before the match, it was a bona fide certainty afterwards: they won 3-2 in a scintillating, seesawing contest.

Two magnificently gung-ho sides served up five goals, a red card and a pleasing number of bludgeoningly fierce tackles. There was tension and elation, and a reliably enjoyable half-time Snickers. Beer flowed freely. When Coutinho battered in the winner, noise levels in the Kop were absurd.

And at the centre of it all, there was an appropriately heroic performance from my childhood hero – by this stage, very much my adulthood hero – Steven Gerrard, who spent the final phases of the game rolling back the years, stampeding around midfield with murderous intent, ensuring Liverpool’s lead was held at all costs.

On the final whistle, as a primal roar went up around Anfield, Gerrard brought the team together for a huddle in front of the Kop. Liverpool’s biggest league win in a generation had come on the anniversary of the Hillsborough disaster (in which Gerrard lost his 10-year-old cousin) and his impromptu speech, clearly influenced by the occasion, confirmed the sense of momentum, meaning and glorious inevitability that had been building over the past months. It was proper grown-men-crying stuff: a collective surge of joy, sentiment and catharsis all rolled into one.

But that’s not the game we’re here to discuss. 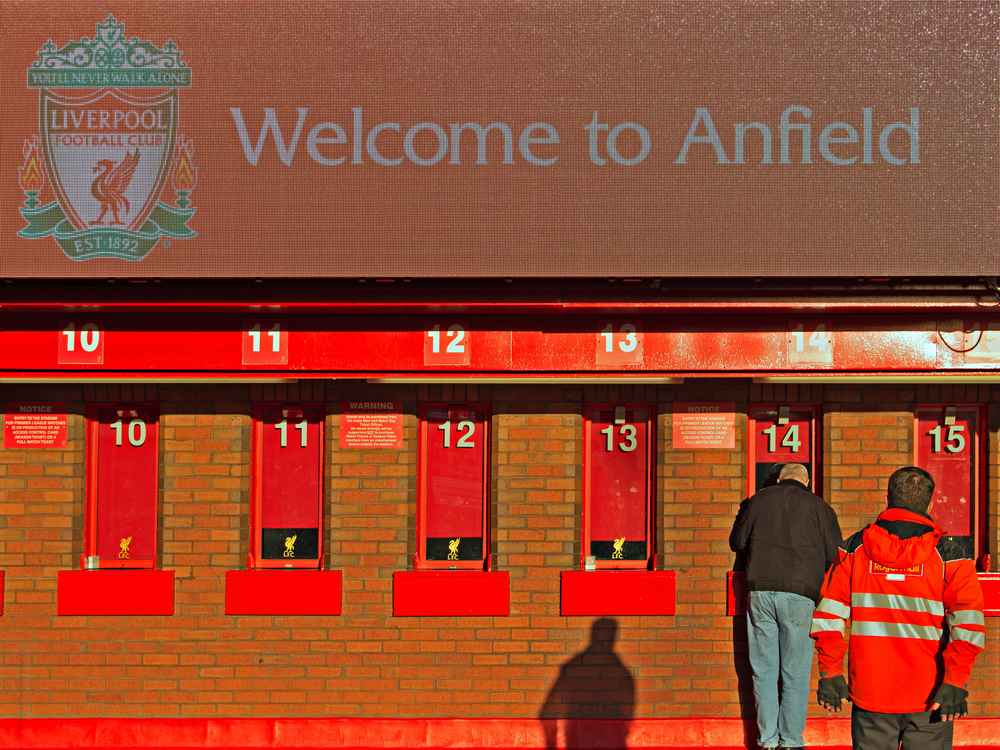 Two weeks later I made the journey again, to see Liverpool play Chelsea. I was in a strange state of relaxed confidence: Liverpool had built up the momentum of a stream train, had everything to play for and could outscore anyone. Chelsea’s league season was over and they had a Champions League semi-final three days later – they’d be playing the kids. I sailed up to Anfield, Snickers in tow, safe in the knowledge that destiny, for want of a better term, was on my side.

I’m no one’s idea of an idealist, so this mindset didn’t come naturally to me. But over the previous few weeks, as Liverpool gathered points with unyielding purpose, I’d tentatively let go of my cynical instincts in a quest to soak up this increasingly likely and impossibly romantic triumph. This was pre-Leicester, so the idea of a club outside the moneyed super-elite winning the league was alien. In a sport dictated by mercenary players and ruinous oligarchs, where league titles were the preserve of a hermetically guarded few, Liverpool were ripping up the rulebook.

What’s more, they were playing the most exciting, exuberant football I’d ever seen. Gerrard, reinvented as the grizzled leader of a band of youthful buccaneers, was leading the charge. It became clear this was a once-in-a-lifetime event. If I wasn’t going to get on board, why bother being a football fan at all?

My head told me that it was all far too good to be true – to stay militantly calm and prepare for gut-wrenching disappointment. My heart told me the same. Somehow I was able to override both, unshackle myself from my basest instincts, and go along with the ride.

From the moment the Chelsea game kicked off it was clear I’d made a profound and irreparable misjudgment. Far from being the sort of turbo-charged, helter-skelter game that had comprised Liverpool’s winning streak, this one was stodgy, stop-start, eye-wateringly tedious. Luis Suarez – enjoying perhaps the greatest individual season of any Liverpool player ever, a frothing bundle of limbs, teeth and goals – couldn’t get a touch. Gerrard was anonymous. Chelsea got a lot of throw-ins. It was a game with Jose Mourinho’s grubby fingerprints smeared all over it.

It had all – obviously, blatantly – been far too good to be true. Those initial instincts might have been bleak, but they were also perfectly founded and entirely correct: sentiment counts for nothing, idealism gets you nowhere, romance is dead. Shame on me for thinking otherwise.

If I had cynical tendencies before that game, I’ve been a dyed-in-the-wool footballing misanthrope ever since. It’s been vindicated, too: Real Madrid winning three of the four European Cups with joyless resolve, City and Chelsea filling their trophy cabinets apace, United steadily spending their way back to the top. Arsene Wenger, the last idealist in a cash-obsessed world, gradually reduced to a figure of mockery. Liverpool, once Mourinho had had his way, plunged straight back into mediocrity. Gerrard departing, title-free, after one last season of abject decline.

Leicester should probably have thrown a spanner in the works, but by that stage I was too far gone. Good for them and all, but as far as I’m concerned they are the exception that proves the rule: a false argument for glory and possibility in a sport devoid of both. Evidence for the infinite monkey rule, maybe, but not much else.

I still love football, but from a distance now, and as far more of a neutral. If Liverpool find themselves on another freewheeling title charge next season, you won’t catch me getting carried away with it like the wide-eyed imbecile of three years ago.

I’ll be doing the smart thing: investing as little emotion as possible and steeling myself for misery. The fact of the matter is that football is a Forbes list, and Liverpool simply aren’t at the top.