10 A brilliant day out

It shouldn’t be difficult really. If your friend was standing 50 yards away, you could get a football to them, couldn’t you? But the thing is…that’s not your friend. It’s a flag. And this isn’t football. This is footgolf. Flags can’t take a couple of steps to the side or take the unnecessary power out of your pass with a nice touch. And I’m very much afraid that you’re not as good at football as you thought.

Your friends are standing behind you. They’re sniggering because they know that over the last few holes you’ve developed a weird habit of slicing the ball hard from left to right. You try to block them out. You start your run-up, but now you’re in several minds as to how you’re going to kick it. A deft chip? A measured drive? You opt for something a little more prosaic. You run up and just twat it as hard as you can. The ball rises into the air and gently drifts from left to right, landing in the bunker with a dull thud and a puff of sand. Nice one, Pirlo. 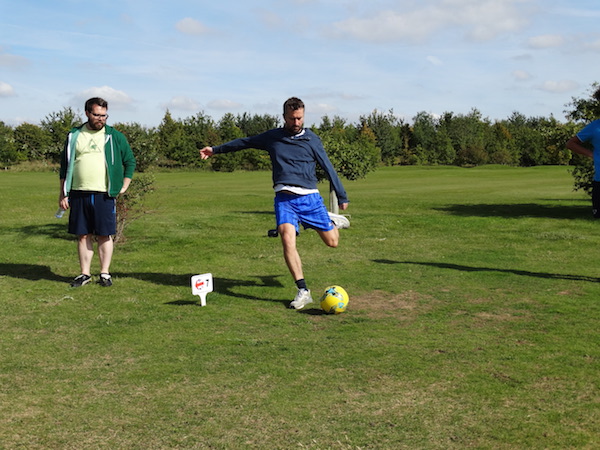 The only picture in a set of over 500 where Iain Macintosh looks almost competent.

There are many reasons why footgolf works, but ultimately it comes down to one thing: It should be easy and it isn’t. You’re forced to question everything you think you know about kicking a ball and you have to rebuild your game from scratch. Just as in real golf, you quickly develop tactics that work for your game. And just as in real golf, you frequently discover that your game lets you down at the worst possible moment. But unlike real golf, this is cheap to play and the only equipment you need is attached to the ankle of your preferred leg. 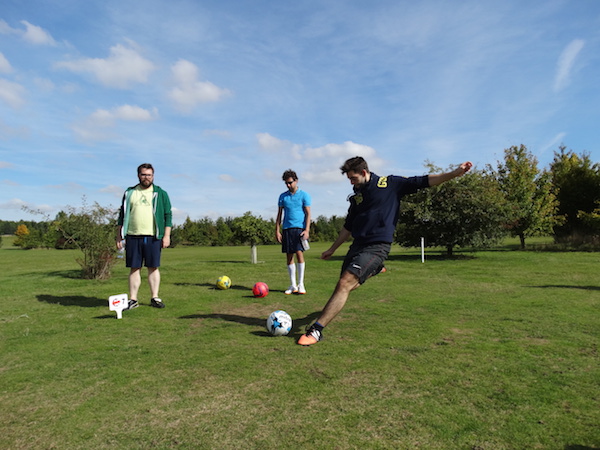 Phil Costa was annoyingly good at this and, as a result, there is now a vacancy at The Set Pieces.

There really aren’t many barriers for this sport. The rules are essentially the same as real golf. Aim ball at hole, get ball down in as few shots as possible. The only footgolf-specific rule we encountered was the obligation to take a standing shot (no run up) in the bunkers. The holes are shorter, generally between 60 and 100 yards, and they criss-cross the actual golf course, which can lead to tensions between the old guard and these new tracksuited invaders. When it comes to putting, you’re aiming at a void big enough to take a size 5 football on either side of the flag, but it won’t feel like that when you have to make a simple four foot putt and your mind starts to melt.

Putting is definitely the hard bit. There isn’t a huge benefit to a powerful tee-shot. It’s more important to give yourself a good angle for your approach. You can also be quite relaxed about missing the fairway as three or four inches of grass isn’t going to unduly trouble you. Bunkers are a pain, but you can usually chip yourself out of them, albeit at the cost of distance. But putting is a bastard. 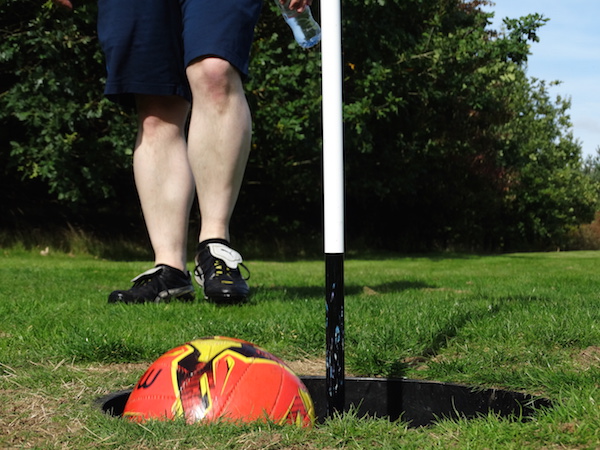 Nick Miller just taps it in.

The experts use deft toe-pokes and it doesn’t take long before you’re doing the same. Everyone is taught to use the side of their foot for accuracy and their toe for power, but then everyone deems an accurate pass to be one that doesn’t require their team mate to move more than a step or two left or right. On the putting green, even a couple of inches to the left or right will kill you. It’s counter-intuitive, but the toe is the way to go.

There is no magic formula for playing your way out of the bushes, especially if you’re unfortunate enough to land behind tree trunks. Land a ball in the badlands and you could find yourself thrashing helpless and blind in the foliage, hoping that you can just blast it out and that everything will be okay on the other side. 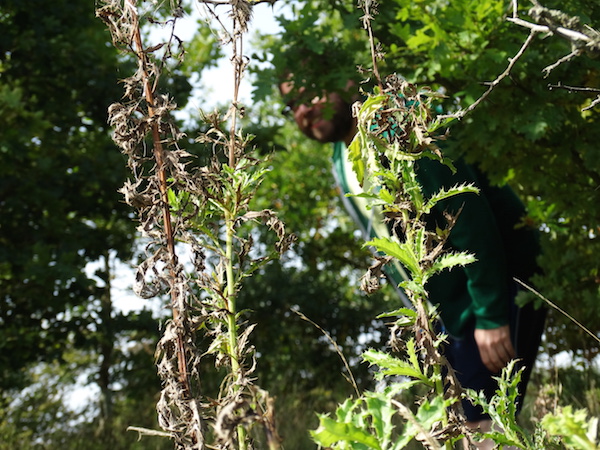 Elsenham locals speak of a mythical beast that haunts the woodland.

So in short, welcome to golf without any of the bad bits. You don’t need anything more than a pair of trainers, you can bring your own ball or borrow one for free (after laying down a £5 refundable deposit) and you don’t end up walking the better part of 10km. A full round should take approximately 90 minutes, though possibly longer if you’re really bad at it, everyone is laughing at you and you run away with salty tears of humiliation streaking down your face. Elsenham, the course we played on, offers 18 holes for just £10 and you can find details of the nearest course to you here.  There are very few ways to have this much fun for a tenner in 2015 and we will certainly be going again.

You can find out more about footgolf by visiting their website here.

We interviewed footgolfing supremo Dan Ferretti, which you can read here.