This is an extract from issue 12 of The Football Pink, which you can get your hands on in print here or digital here.

Johnny Phillips caught up with a man who, during the 1990s, was touted as England’s next big thing only for his fledgling career to go drastically downhill…

It is hard to know where to start with Sonny Pike. Is it the beaming 12-year-old who bounced onto Baddiel and Skinner’s Fantasy Football League show in 1996, curly hair flowing over the shoulder and wearing an Ajax kit he’d received from the European giants on a recent trial? If he didn’t yet have the entire football world at his feet, he certainly had a few useful options. “Have any English clubs been in touch?” enquired David Baddiel. “Yeah, most of them. Manchester United, Arsenal, Spurs, Norwich, Ipswich, QPR, erm…” Sonny replied. “So the whole of the Premier League,” Baddiel interrupted.

Twenty years on, is it better to work backwards from the current incarnation of Sonny Pike; an unassuming taxi driver who works the East End patch he used to call home, who has barely kicked a ball in the 15 years and whose main ambition is to be able to provide for his young family? “I love being a black cab driver, I enjoy it. I’ve got a little girl who is seven and my boy is two. It’s fantastic,” says Sonny today.

Piecing together Sonny’s early story is hard as there is plenty in it that the man himself wants to forget. He pulls up in his cab at the top of Bethnal Green Road next to Shoreditch High Street station and we set off. Destination: Hackney Marshes – the place where his football career began.

“I used to score a 100 goals a season in those days,” Sonny recalls. The precise numbers are impressive – 45, 120 and 130 in his first three seasons at his first junior side. There was pedigree in the family, his uncle is former Tottenham Hotspur forward Mark Falco. “It all started to take off when I was about 12. I played in this tournament for the best players in East Anglia. I was playing with David Bentley, we used to come off the pitch and ask each other how many scouts there were watching us.

“I was just a goalscorer really. I did used to like dropping back in to space. Dennis Bergkamp was the man for me then, I loved him. But in the end it was all about scoring goals.”

Scouts flocked to watch Sonny and before he knew it an offer came in from Ajax’s academy for a two week trial. “It was brilliant. I used to watch the first team training as we used to train across the pitches from them. Whenever I finished early I’d go and watch them, which I loved doing. I used to talk to them when they finished – Rijkaard, Litmanen, Overmars, Kanu, I met them all. Van Gaal was manager at the time, they were really friendly.”

It was about this time, when he returned from the trial at Ajax, that Sonny’s fame reached its peak. He still has a VHS documenting all his television appearances. It makes for eye-opening viewing. There were features on Channel Four News, ITN, BBC News and Saturday morning kids’ TV, where he fielded calls from other ambitious youngsters seeking advice on how to make it in the game. He won Sky Sports’ Champion of the Year and was presented with the trophy by Ian Wright. He appeared on the pitch at the 1996 League Cup Final, where he went through a keepy-ups routine at the behest of sponsors Coca-Cola. There was a McDonalds advert too. Clothing deals with Paul Smith and boot deals with Mizuno. His legs were insured for one million pounds. He was 12 years old.

All the while his father Mickey was by his side, often interviewed alongside Sonny. He comes across in the television pieces as a confident, protective man. Certainly someone who is extremely proud and knows what is best for his son. Today there is no relationship. Sonny hasn’t spoken to his dad since those childhood days.

Now, still only 32, Sonny wants to tell his story. When we met up it was to film a feature for Sky’s Gillette Soccer Saturday programme. He is in talks with a couple of publishers about writing a book. Sonny shied away from publicity for so long and says there is something therapeutic about finally telling his tale. The only hint of anger comes when the 1996 documentary ‘Coaching and Poaching’ is brought up. It was a film presented by Greg Dyke, now head of the Football Association. “That’s when it went from good to bad. That was the pivotal moment,” says Sonny. “There were lots of television programmes done with me around then. As far as I was concerned it was just another documentary on my skills. I wasn’t too sure what was going on, I just thought I was going to Chelsea to train.”

Sonny claims he was used as a pawn – by his father, agents and the television programme – to illustrate the power of the bigger clubs over their smaller neighbours. He had been training as a youth with Leyton Orient and was then offered a chance at Chelsea. He had his heart set on the Chelsea move after a couple of weeks with them but the film blew everything out of the water. He was cast aside by both clubs and never really recovered. Sonny maintains he was free to have trials at both teams as he hadn’t signed any official forms at Orient in the first place.

The disappointment at the collapse of his chance to sign for Chelsea took a huge toll, something Sonny only really recognises now with the benefit of hindsight. At home, his parents had split up some years earlier. “It was all too much. I hadn’t just lost the club I wanted to sign for, I stopped speaking to my Dad as a result of the trouble it all caused. I was dealing with so many things. From being really well-known and famous, it’s a lot for an adult to take on let alone a kid.” 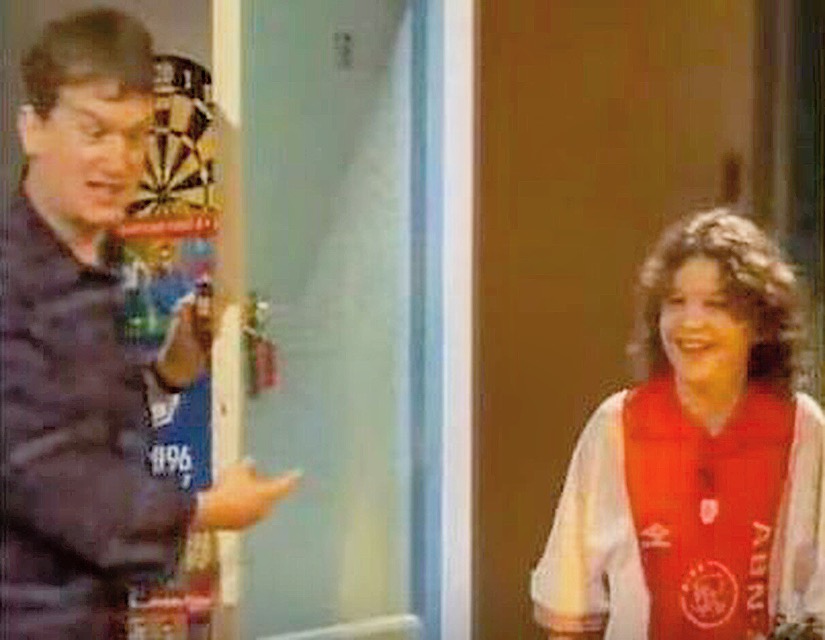 His form nose-dived. There were several trials elsewhere as he was still hot property. But his last shot at the professional game ended with a short spell in the youth ranks at Stevenage Borough. By the age of 17 Sonny was finished.

“That’s why I’m trying to do interviews like this now. I think there’s a lot to learn from this and I want to get my point across to parents and the media. Let kids enjoy their football. I’ve got a lot of friends who are coaches at academies and I think everyone should slow down the attention placed on kids. Parents sometimes live their life through their kids, which is understandable, but I just want them to calm down.”

The question that can never be answered is would he have made it had he not been so poorly handled? “I can’t guarantee that I was going to make it. I can put myself up to certain players and say I was as good if not better than them, but no-one can really answer that question. I like to think I was good enough but I’ll never know.”

After walking away from football, Sonny went to work on a building site before training as a carpenter. Then a couple of years later he began The Knowledge. “It took me just over three years, from starting it to being in a cab. It was a tough experience but I do love it. I was born in St.Bartholomew’s Hospital in the City so it’s just coming back to where I’m from.”

And by the time his taxi has pulled up at the north side changing rooms next to the pitches on Hackney Marshes that he used to wander down to from his first home in Clapton, Sonny has finished telling his story: “I don’t have any regrets about any of the things I’ve done. I just wish I was handled better through it all.”

You can follow Johnny Phillips on Twitter here and buy issue 12 of The Football Pink in print here or digital here.