Dulwich Hamlet suffered a narrow defeat in their FA Trophy quarter-final replay at Macclesfield Town on Tuesday night. The Isthmian League Premier Division team had drawn the first match 2-2 with 2,834 fans squeezed into their compact stadium in South London.

The Hamlet never give up in cup competitions. Back in 1922, they famously beat St Albans City 8-7 in an FA Cup qualifying tie. St Albans’ Wilf Minter scored seven goals but somehow still ended up on the losing side.

But this year the Silkmen of Macclesfield showed the smoother finishing to set up a semi-final against Tranmere Rovers. A brace from Antiguan international Rhys Browne settled the replay 2-0 and ended Dulwich’s proud run in the competition.

The Dulwich Hamlet Supporters’ Trust now return to a more pressing issue concerning the club’s future. Their current home at Champion Hill is under offer by a housing development company, with the Support Our Stadium campaign aiming to secure a new 4,000 capacity ground built on land adjacent to the current site if the deal goes through. The Trust has requested fans write to Southwark Council Planning Inspectorate stressing the importance of the issue to the club and local community. 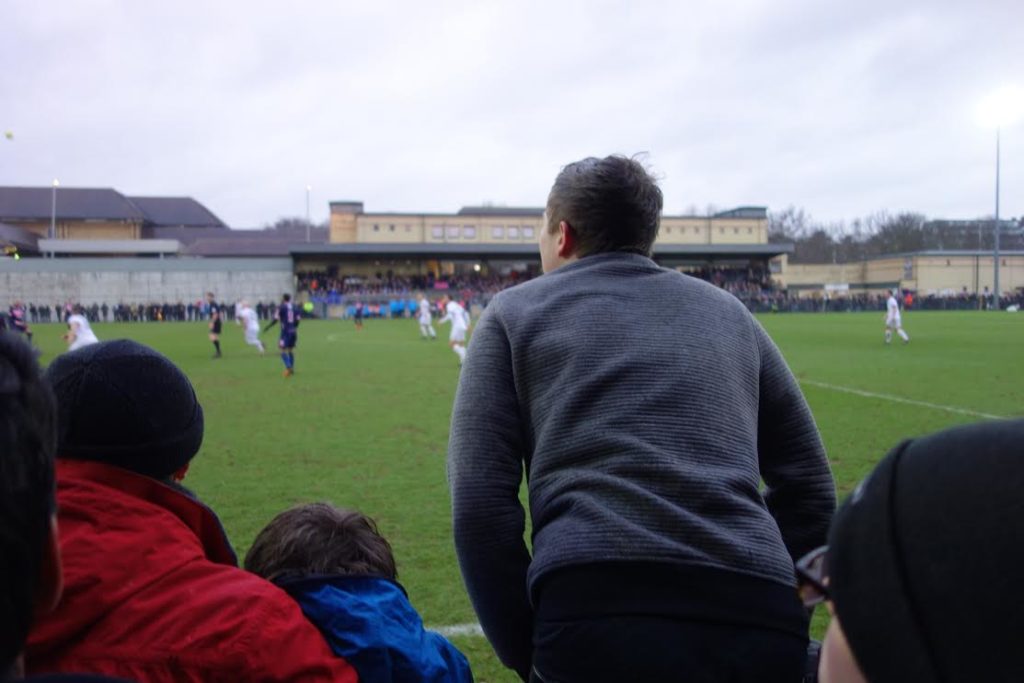 Supporters’ Trust Chair Alex Crane has described the proposed redevelopment of Champion Hill as a “crucial time” for the Hamlet, with the period for supporters to share their comments on the scheme closing on the same night Dulwich travelled to Macclesfield.

Dulwich fans are often described as ‘football hipsters’ in the media, but the reality is that their fans are more concerned with doing things the right way. Cheap tickets, a strong supporters’ trust, fan activism on a local and national level, along with a freedom to think outside the Football League’s commercial structure, make Dulwich one of the country’s most progressive clubs.

One such example of their vital work in the community is a recent fundraising game for homeless charity Centrepoint, which took place before the Macclesfield replay. “We’re really excited to be building a relationship with Dulwich Hamlet, which has more than justified its growing reputation for helping its local community,” said Gareth Parker, head of sport at Centrepoint. “Any further funding for Centrepoint Sport programmes, like the money raised through this match, makes us able to inspire more young people to increase their self-confidence and become independent.” 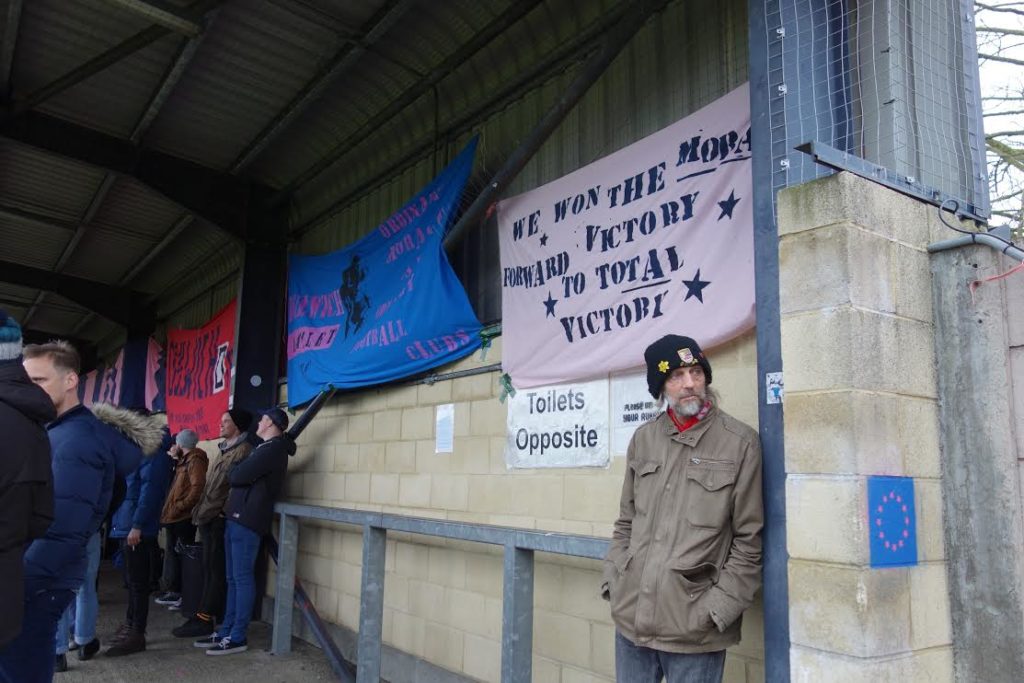 The supporters’ trust also helps local charities via collections and ‘pay what you want’ matches at Champion Hill, as well as raising money for Pecan, a local food bank. They have played an active part in tackling homophobia with friendly matches against Stonewall FC and support for Rainbow Laces day.

Looking farther afield, Dulwich fans have collected money for the refugee crisis in Syria and for refugees in Calais and Dunkirk. There is also a tie-in with Football Beyond Borders, a brilliant educational charity which uses football to inspire disadvantaged young people in London.

Yet things are not perfect in East Dulwich. The rise in the number of people being made homeless is inextricably linked to the gentrification of London, of which the Dulwich area is a key example. In recent years there has been an enormous increase in house prices in this now largely affluent suburb, forcing longstanding residents – and fans of the Hamlet – further out.

The campaign to secure the club’s future with a new stadium next to Champion Hill is representative of a greater struggle in many London boroughs. In theory, the move would deliver a fan-owned club but with a less than certain long-term future in seeing out a new 124-year cycle with freehold rights to a pitch in the vicinity of Champion Hill. It’s worth noting, too, that the current ground was only constructed in 1992 as part of an enabling deal when a new Sainsbury’s supermarket was built on the bordering training pitch.

Even old clubs like Dulwich Hamlet, formed in 1893, are threatened by what is becoming a deepening crisis in English football – when the land beneath the stadium is more valuable than the clubs themselves. What should be a time to celebrate the team’s efforts in the FA Trophy has sadly been overshadowed by growing concerns for the club’s future.