Danny Bergara was a lorry loader. Or at least that’s what his work permit said when the Home Office stamped its approval for his first job in Britain.

Yet the Uruguayan’s impact on the nation he called home from 1972 is far greater than simply stacking boxes in the back of vehicles. In fact, Bergara blazed a trail for the likes of Pep Guardiola and Jose Mourinho to follow, writing his name in English football’s history books along the way.

While Bergara was registered as a lorry loader after moving to the UK with his English wife, his actual job was completely different. Instead of working for a haulage company owned by the Luton Town chairman, he plied his trade at Kenilworth Road as the Hatters’ youth team coach. 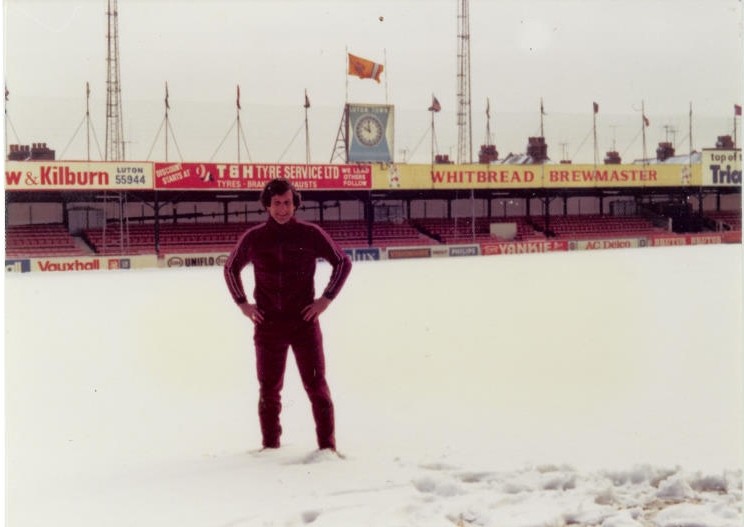 It was a role more fitting to the South American’s skills, and Begara’s standing in the world game meant he deserved much more than a back-door entrance to English football.

When the Uruguay Under-21 international first moved to Britain, he had just come to the end of a successful playing career and was a well-known name in Spain’s La Liga, having plundered nearly a century of goals while making hundreds of appearances for Real Mallorca, Sevilla and Tenerife. He was even approached to play for Barcelona on a couple of occasions, but a move never came to fruition.

After hanging up his boots, Bergara and his wife Jan moved from Spain to start a travel agency in St Albans, and football duly took a back seat – at least until Bergara’s burning desire to stay involved with the game kicked in.

“He started to get itchy feet,” explains Phil Brennan, who wrote Bergara’s 2013 biography The Man From Uruguay.

“He got in touch with Luton because he wanted to train with the team to keep fit, but they initially said that he couldn’t. But Danny became friends with Paddy Sowden [Luton’s chief scout] and he saw these scrapbooks Jan had kept of Danny playing in Spain, which is when Paddy realised how good a player he was. So Paddy told the club they had to get Danny in – they wanted to sign him as a player at first.”

Bergara never pulled on a Luton shirt, but he was soon earning rave reviews coaching the juniors. His sessions became so renowned for their quality and difference in style to what was common in England at the time that the Hatters first team used to gather pitchside to drink in the Uruguayan’s knowledge.

That reputation did Bergara no harm, and after five years at Luton and a stint with Sheffield United, his inimitable coaching methods scored him an invite from England boss Ron Greenwood to take up a key position within the Three Lions’ youth setup in 1980. Not only was it a huge honour for Bergara himself, but the appointment was particularly notable for being the first time the FA had hired a foreign coach to work within its national setup.

Bergara was part of the coaching team that travelled to Australia with England’s squad for the Under-20 World Cup, sharing his knowledge with several players, including Neil Webb and Danny Wallace, who went on to have esteemed careers in the game. But despite working alongside a host of gifted pros, it was Bergara’s talents that shone brightest, with FA Technical Director Charles Hughes – who was considered to be a football pioneer himself – labelling the Uruguayan’s methods a revelation.

The plaudits didn’t lead to greater things, though. After two years working for England, Bergara found himself out of a job when Sheffield United were relegated to the fourth tier. The club management job he craved took a further five years to materialise, and Brennan believes Bergara’s nationality played a part. 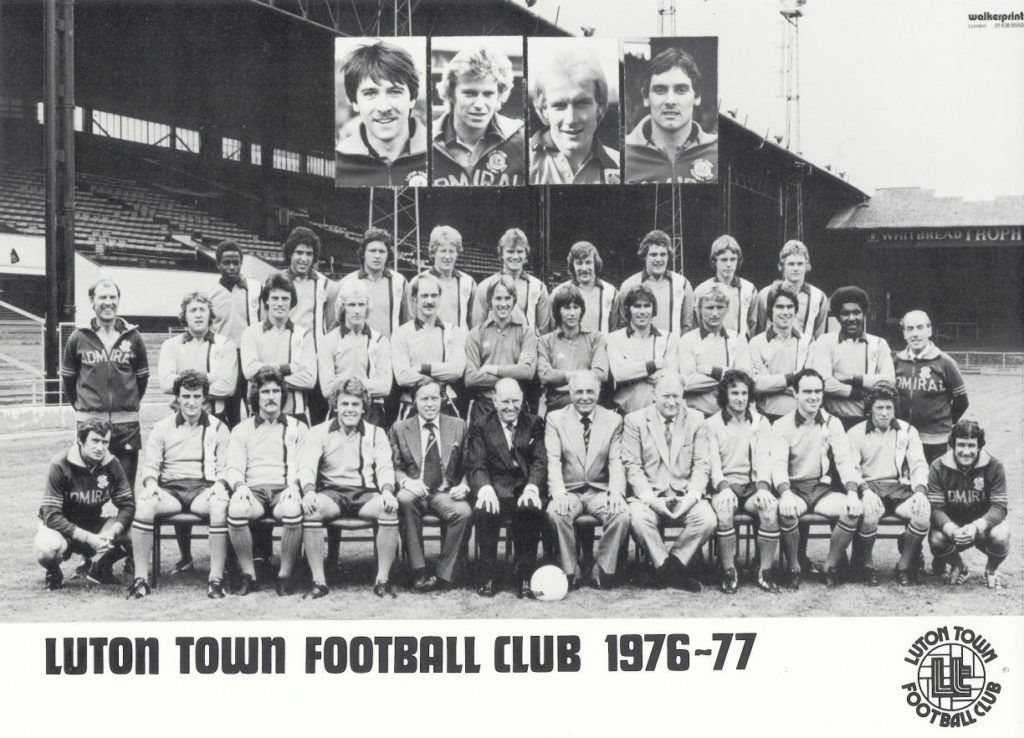 “Danny always used to say that he came to the country too soon,” he explains. “He believed that he was a better coach and manager than he was ever portrayed [due to being a foreigner].

“If you search the FA’s history, he doesn’t get a mention. They were so embarrassed that they’d employed a foreigner to coach their kids – and Danny wasn’t given the respect he deserved. People have no idea that he worked for the FA.”

The words of Vic Buckingham, Bergara’s boss at Sevilla proved horribly prescient, with the Uruguayan told he “didn’t have a chance because English football was for the British”. It’s a far cry from the modern day, when top Premier League clubs generally prefer to foreign managers to homegrown coaches.

Yet after short spells coaching the Brunei national team and working at Middlesbrough under future Arsenal boss Bruce Rioch, Bergara finally got his chance in the managerial hot seat at Rochdale in 1988 – making him English football’s first foreign-speaking number one. It was a marriage that only lasted seven months before he jumped ship to join rivals Stockport County, where he finally began to receive the recognition he deserved.

County’s Wembley appearances racked up another record for Bergara, as he became the first overseas manager to lead a domestic team out beneath the twin towers. It wasn’t just his Latino lilt that set him apart, but also a philosophy which valued skill as highly as traditional British attributes like teamwork and work rate.

“I’m not saying the technique isn’t there [in Britain], but it’s not as refined as that of the Brazilians or Italians, for example. Players here are not handled correctly when they are young,” Bergara told the Independent in an interview during his penultimate season at Stockport in 1994.

“Here, when you’re a kid, you play 11-a-side for cups and championships. When you join a club as a professional, you play five-a-sides. It should be completely the other way around.” 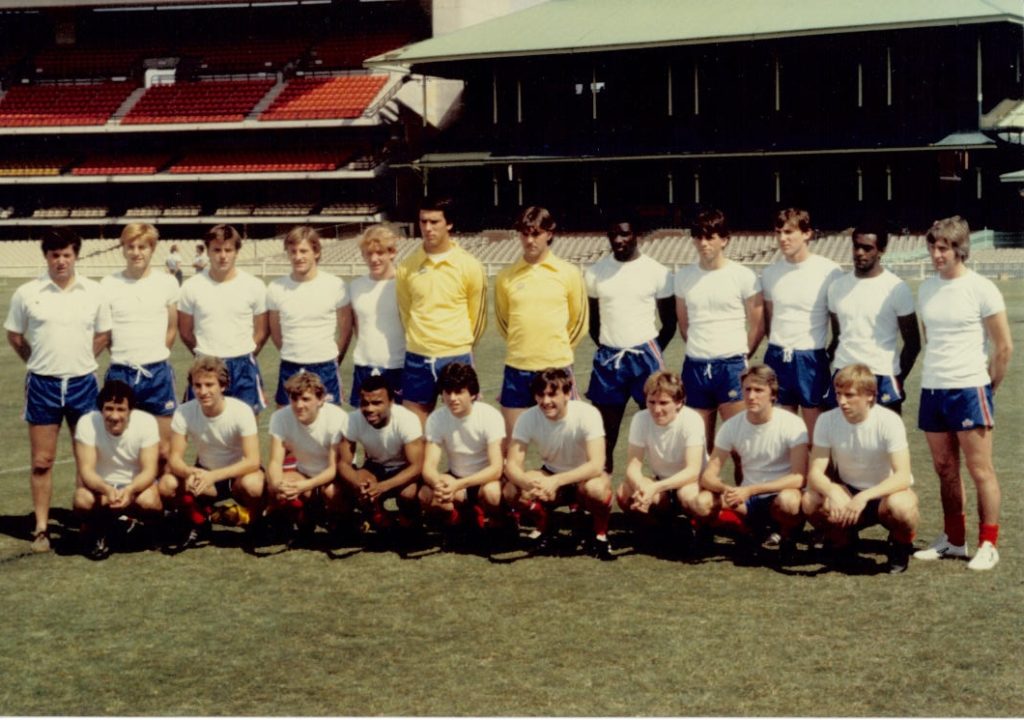 Bergara would never get the chance to test his beliefs at a higher level, after an acrimonious sacking from Stockport in which he was accused of punching the chairman. And although a tribunal later found him innocent of all charges, the damage had been done to a burgeoning career.

Spells with Rotherham and Doncaster followed with little success, before Bergara disappeared into the shadows once more, working as a scout for Sunderland and Wolves right up until a short illness claimed his life just one day after his 65th birthday in 2007. Yet while the Uruguayan wasn’t part of the foreign legion’s Premier League boom of the late 1990s, there’s no doubt his prior impact softened opinions towards overseas coaches.

“It’s possible that, in a little way, I helped open the way for the likes of Mourinho and [Sven-Goran] Eriksson,” Bergara told Observer Sport Monthly in 2006. “Now though, there are too many foreigners in English football.”

Whether he would be happy to admit it or not, Bergara led the way for the glut of overseas coaches in Britain. And while his name is not as well known as some of the megastars who followed in his wake, his work played a notable role in what they’re doing now. Not bad for a lorry loader.

This article was originally published on 20 June 2018.